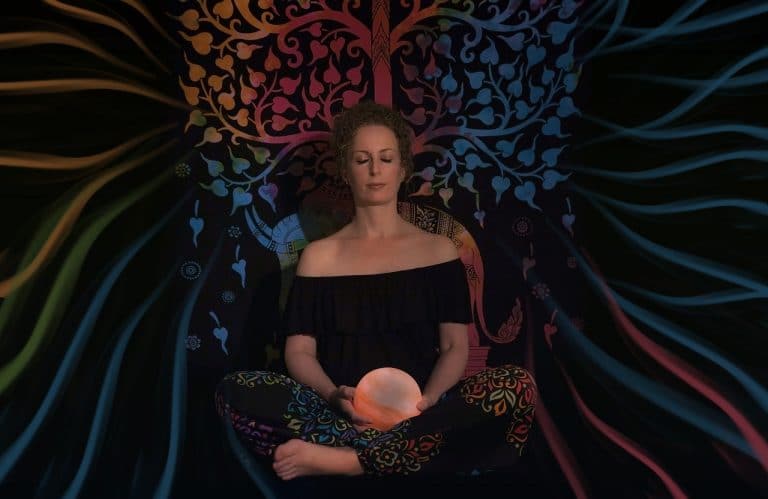 In his book “Existentialism & Humanism”, the legendary existentialist Jean Paul Sartre carefully outlined the conditions of human existence. By pinpointing the essential problems that we had to face in order to become fully human, Sartre sought to understand what it takes to be such.

With this quest, Sartre arrived at the now popular phrase “Man is nothing but what he makes of himself.” Following a strongly anthropocentric approach, Sartre tells us that we are nothing more than the actions that we take, for our power of rationality allows us to determine these actions.
But one may ask – aren’t we merely a product of the processes and forces around us? For instance, in watching the television, we know that we’ll be drenched in a series of advertisements, seeking to influence the next choice that we make. Whether it is that car loan or buying those smokin’ hot chicken wings, such ads hope to shape our decisions.

In doing so, one can ask – are we really making the choices for ourselves? Or is the massive forms of conditioning shaping the path where we’ll go? For Sartre, the capability of human consciousness transcends all forms of social conditioning. Meaning, while other disciplines such as behaviorism may assert that we are mere products of the processes and forces around us, this notion of self-project by Sartre clearly counters such assumption.

Such important note creates a powerful precept to our main topic in this article – Spirituality and Self Improvement. By seeing ourselves as a “project”, we can think of it as a puzzle waiting to be formed like legos lying on the ground. As we pick them up and stack them together, an image is formed, showing how we can make sense of the sheer amount of randomness around us.

In doing so, we are essentially creating our “sense of self”, as we now have unique features qualifying who we are. With that, how can we improve ourselves then? How does spirituality help us in doing so? To answer these questions, we’ll explore five simple ways of how self-improvement and spirituality can aid you in your self-project.

Ways of Spirituality That Will Lead To Self Improvement 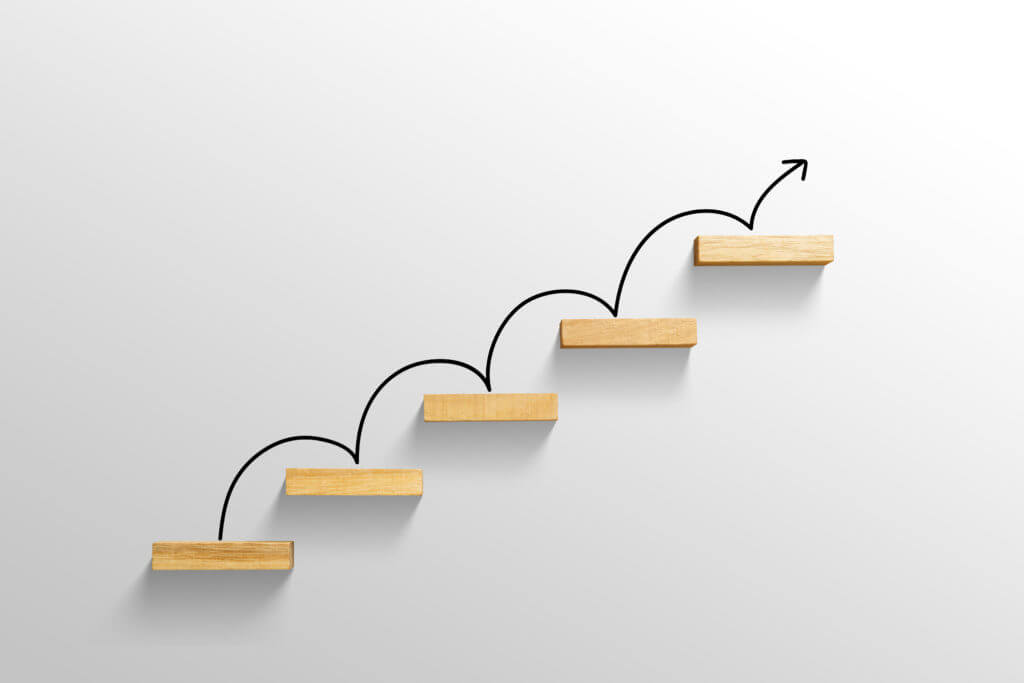 As one of the popular ways in understanding oneself, the 12 Jungian archetypes represent a set of personalities that we will fit in. But how does that happen?

Jung, the father of Analytic Psychology, sought to understand the contents of the unconscious mind. For him, there are two essential parts – the personal unconscious and the collective unconscious. Given that both parts represent ideas within our head, Jung unraveled its mysteries in the hopes of seeing how it shaped our conscious decisions.

With that, the “archetypes” as he names it are uniformed set of responses that one makes as they create their active persona. As you are mostly influenced by one of these 12 archetypes, getting to know them means that you’ll have an increased sense of awareness. Meaning, as you make your succeeding choices, you won’t anymore be limited to the sheer confusion and discontent that you have.

Instead, understanding how these choices are made in your head will give you a good grasp of how to move forward in your life. By being aware of your biases and both positive/negative tendencies, you will be able to preempt the choices you will make. This makes the whole self-project a lot easier.
With that, the 12 archetypes are as follows: the Innocent, Warrior, Orphan, Caregiver, Seeker, Destroyer, Lover, Creator, Ruler, Magician, Sage, and the Fool. Taking a free test on our website will give you a grasp of who you are!

The Power of Unconscious

Similar to the above tip, being aware of the existence of the unconscious is crucial for self-improvement. By having an in-depth understanding of how the unconscious operates, we understand that the choices we make can be conditioned by the type of unconscious state that we currently have.
Meaning, as we move forward, we realize that our choices are not only affected by our will. Instead, all the data and information that are being absorbed by our brains on a daily basis can shape the direction we are headed to. For instance, the example above shows how advertisements can influence our unconscious mind, such that we’ll be passing through that chicken wing stop the next time we get out of the house.

However, being aware of this possibility necessarily improves the choices that we make. Unlike before, we are not anymore as helpless or unaware of these choices given our subtle understanding of it. Knowing how to shape the unconscious mind means that we both get to neglect its negative influences while cultivating its positive counterpart. As such, we’ll explore more about this in the next section.

Law of Attraction and the Positivity Mindset

As a way to positively shape our mindset, the Law of Attraction has recently gained much popularity from mainstream media. Popularize by the novel The Secret, this concept of attracting positivity by constantly thinking of it presupposes a kind of trend towards understanding the unconscious.

By keeping a correct mindset, we are allowing trees of positivity to bear fruit in our minds. Instead of filling it with worries, doubts, and insecurities, we are creating a condition where good ideas can bloom even when they aren’t there yet.

For instance, if you want to become at peace with yourself, constantly worrying about how you look or where you are in your life right now are likely to lead you into internal traps. Instead, thinking of how you can build from that and positively attracting it is likely to align your desires with the universe and its power. In this case, if you keep of thinking about development, progress, and success, each small step you take are viewed from a positive light, allowing you to capitalize from it.
As you move forward, these small steps will eventually become a big one, making you feel that leap as you dash in. Such positivity will empower you, as if the universe is making things possible for you. Maybe it is? But for all we know, it might be.

Making Use of Various Kinds of Energies

Understanding how self improvement is partly a spiritual process means that you’ll better grasp the aspect of yourself that goes beyond the bounds of common-sense reasoning. By seeing that we are not mere atoms but also metaphysical beings, you gain the ability of making sense of the intangibles in life.
With that, we can actually make use of energies that surround us. Divided basically into two parts, both cosmic and earthly energies contribute to our existence.

On one hand, cosmic energies are often those that makes life in the universe to exist. Seen as a force, this set of powers are known to improve our states of being beyond our own understanding. By being the main force that allows life to be, subjecting ourselves to its power means that we are aligning with the universe.

With that, we can commonly find this in Chakra Healing. By having certain channels in our body as “blocked” or “overactive”, our chakras can easily be tainted by negative energy. As these channels are not performing on a regulated rate, the energy of the cosmos is unable to enter us.

On the other hand, earthly energies are derived from the forces of nature. Although they still share the power of the cosmos, their sheer force is something to reckon with, pointing out a totally different substratum.

Given this, we can usually harness the powers of the earth through healing crystals. As constantly discussed in this blog, these gemstones have stored the years of vibration within them, allowing them to become vessels of various frequencies. With that, each gemstone can help us solve a set of life-problems, allowing us to move forward.

Perhaps the most difficult form of spirituality to practice in this set, inner peace is known to be the ultimate form of human happiness. Given that the world is an imperfect place, basing our happiness on external things will only bring about disappointment.

For instance, expecting other people to be good to you just because you are good to them doesn’t always lead to that. Even when you are consistent, you’ll only be frustrated as you go along given that people will always fall short. Even so, some people continue to be kind. Why so? What drives them to be?

One answer is when people have realized that in order to be complete, they have to attain inner peace. In this state, happiness does not depend on reciprocation because the mere fact that you are able to give and make others rejoice means that you have grasped that state of inner success.

As such, regardless of what may come to your way, you won’t be easily swayed by it. Your self-mastery allows you to continually develop your craft regardless of the outcome.

Furthermore, having this sense of inner peace is the pathway to contentment. And although others may be quick to judge this as mediocrity, only you can tell if you have given it your all and explored beyond your limits. Despite such, contentment is something that can be attuned with progress, only when you have that sense of inner peace as you recognize the internal value of things.

With these five ways, we hope to impart simple yet time-proven effective ways of spirituality that can help you lead to self improvement. By ardently following these tips, you will be able to actualize the Sartrean dream of man as a self-project!