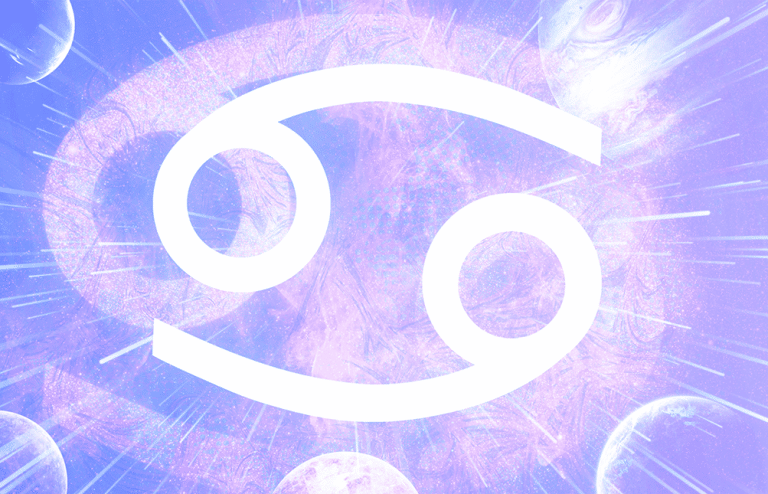 If the Moon was in the zodiac sign of Cancer when you were born, you can count yourself among the lucky people in the world. Since Cancer is the only sign to be influenced by the Moon, you have a particularly strong affinity to this enchanted celestial body. The same goes for Cancer Moon Celebrities!

The Moon drives your inner life, which helps explain the highs and lows of your emotions, just as it controls the tides of the ocean. Accepting the fact that you have a tendency to be moody is essential to fully integrate your Moon sign, so let’s face it: you are moody. It is especially evident in your birth chart when you take a look at it.

What happens when you are a Cancer moon?

Your remarkable level of intuition, which reaches all the way to your emotional depth, is something that very few Moon signs can match. You have a profound capacity for feeling, and you are the paragon of emotional intelligence. Having strong feelings brings with it a certain amount of responsibility.

When you are upset, you have a tendency to shut off, which might prevent conversations from flowing naturally. Protecting your sensitive soul is a perfectly reasonable instinct, but it has the potential to make other people uncomfortable. By letting people know about your need for privacy, you can make sure that everyone is on the same page and have the space and time you require to think things through.

How do Cancer Moons react when it comes to love?

Cancer Moons are in it for the long haul when it comes to love! One-night hookups and flash romances are not your cup of tea. You desire to connect on a deep, soul level and are choosy about who you connect with. One of your key motivations in life is to create a family—whatever that means to you—and you’re not hesitant to lay down your cards as soon as you encounter someone who you believe could fit into your “ideal” plan.

Success and stability are also non-negotiables for you. Cancer is, in fact, one of the most tenacious Moon signs. You have great expectations; your nurturing and giving are reciprocal. Moon in Taurus, Moon in Scorpio, Moon in Pisces, and, in rare situations, Moon in Capricorn are the finest Moon signs for you.

Water Moons in Scorpio and Pisces use an emotional language that is extremely similar to yours. They, like you, enjoy going deep and are not hesitant to exhibit their sensitive side. One thing to remember is that when life gets tough, two water Moons can easily cause a storm. This is especially important when dating someone who has the Moon in Scorpio.

Taurus Moon is arguably one of your greatest matches because they, like you, enjoy spending time at home and will assist you in creating a lovely, stylish living place. A Capricorn Moon can go either way because persons with this Moon can be very different from you. A partner with this Moon sign will function effectively as long as they are able to express their emotions openly.

Taylor Swift is a famous American singer-songwriter. Her birthday is December 13th, 1989. Her repertoire encompasses a wide range of musical styles, and the narrative songs she writes, which are frequently motivated by events in her own life, have garnered critical acclaim and widespread media coverage. This American singer-songwriter is an undoubtedly talented Cancer Moon.

Jessica Simpson is a well-known American singer, actress, and businesswoman. She was born on July 10, 1980, in the United States. Simpson, who began his musical career as a youth singing in church choirs, inked a recording contract with Columbia Records when he was 17 years old. She is unquestionably a Cancer Moon who is in tune with her emotions to a significant level.

Born on February 20, 1967, Kurt Cobain was an American artist, singer, and songwriter. He passed away on April 8, 1994. He was the principal songwriter for the rock band Nirvana in addition to his roles as guitarist and lead vocalist. Cobain’s compositions extended the conceptual patterns of mainstream rock through his use of angst-filled lyricism and an anti-establishment attitude in his performances.

Sir Isaac Newton was an English mathematician, physicist, astronomer, alchemist, theologian, and author. He was born on January 4, 1643, and is widely regarded as one of the greatest mathematicians and physicists of all time and among the most influential scientists. He is credited with the discovery of the law of universal gravitation. He was a significant contributor to the philosophical revolution that came to be known as the Enlightenment.

Canadian Actor Keanu Reeves was born on September 2, 1964. Although Reeves was born in Beirut and raised in Toronto, he made his acting debut in the feature film Youngblood and is best known for his role in The Matrix. Reeves began his acting career in theater performances and in television films.

Born on August 18, 1933, Roman Polanski is a Polish-French film director, producer, screenwriter, and actor. He is also a member of the Polish Film Academy. Polanski has been nominated for an Oscar a total of five times during the course of his career, and he took home the trophy for Best Director in 2003 for his work The Pianist.

Chrissy Teigen is a famous American model and television personality. She was born in the United States of America on November 30, 1985. She made her debut as a professional model in the annual Sports Illustrated Swimsuit Issue in 2010, and two years later, she was featured on the cover of the magazine’s 50th-anniversary issue alongside Nina Agdal and Lily Aldridge.

Born in England on August 22, 1995, Dua Lipa is an English singer and songwriter who performs like no other. Dua Lipa is a singer who is recognized for her unique blend of disco and pop music and her vocal range, which is mezzo-soprano.

People who are Cancer Moons are very exquisite individuals for the way they are well in touch with their feelings and emotions. You will even find that they are the most empathetic people you will ever meet.

Did these famous Cancer Moon Celebrities surprise you?

1 thought on “Meet the 9 Most Famous Cancer Moon Celebrities”