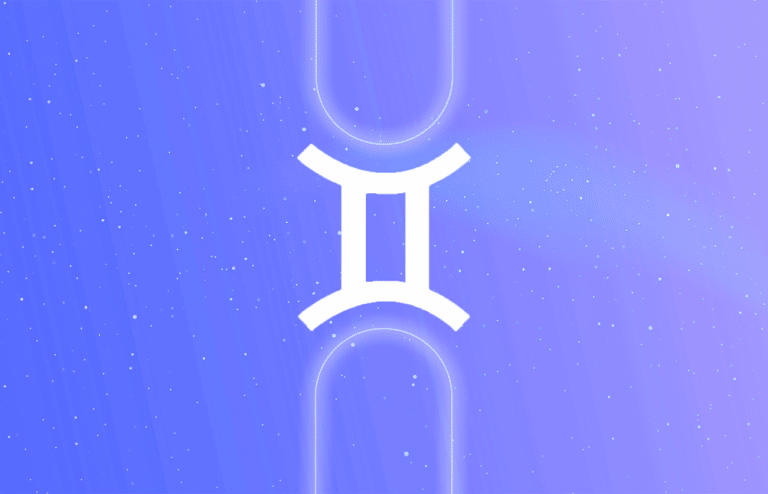 Gemini is the most partner-focused zodiac sign. What’s the twist? This variety-loving sign bores easily, so Gemini’s loved ones must boost their game. Gemini celebrities and renowned persons may exhibit this personality feature. Also, the Gemini dates are May 21 to June 20. Gemini energy lets us communicate, collaborate, and be weird. The Zodiac sign Gemini is third of the 12. So here we are going to talk all about Gemini Celebrities!

Gemini inspires brilliant wordplays and vibrant dialogue. This list includes many renowned Gemini musicians and comedians. “ Gemini transits encourage thinking and socializing. This sign craves “twin flame” and kindred spirit energy and intelligent conversation. Under a Gemini planetary transit, we may have the gift of gab, talking for hours about pop culture and politics.

Gemini’s life is a roller coaster, with highs and lows. Keeping up with these energies will be a delight!” The Twins represent Gemini. Gemini’s emblem resembles the Roman numeral II to symbolize duality. You may observe Gemini’s curiosity, expression, collaboration, synergy, and brilliance in your favorite celebrity. Are you ready to witness the sidebar menu of Gemini celebrities?

How do you see the Gemini Energy in Celebrities?

Geminis are the target of a lot of negative astrological commentary for some reason. But there is not the slightest basis for such. Some of the most gifted athletes, musicians, and actresses were born during the Gemini season, which begins on May 21 and continues through June 22. This season runs from May 21 to June 22. Is it a prerequisite to be a Gemini in order to attain significant success, and if it is, I somehow missed the memo about it?

Geminis, on the other hand, are not only exceedingly versatile and skillful but also highly intelligent, amusing, inquisitive, and talkative. However, even these talkative creatures will readily acknowledge that they have certain shortcomings. Geminis, like everyone else, certainly do not have ideal qualities, including but not limited to being unable to make decisions, flaky, and immature.

Let’s delve into what it is about Gemini that makes it so special. The sign of Gemini is an air sign, which indicates that people born under this sign are naturally witty, intellectual, and amusing. It is also a changeable sign, which indicates that it is extremely versatile and open to change. The combination of these two characteristics explains the social butterfly nature of these people. These Gems can transform into anything!

Because Gemini is controlled by Mercury, the planet of transportation and communication, it stands to reason that many people born under this sign are gifted performers, songwriters, public speakers, or authors. Since Gemini is symbolized by the Twins, you guessed it—they are all about the concept of duality.

Geminis are socially adaptable as a result of all of these characteristics; they feel at ease in a wide variety of social settings. Gems are frequently portrayed in popular culture as having two distinct personalities, but in reality, they are multifaceted and intricate individuals.

Mary-Kate and Ashley Olsen embody the sign of Gemini in a very literal sense due to the fact that they were born on the same day, June 13, 1986. These twins will always be our Michelle Tanner, but in addition to that, they are big influences on fashion. There’s that duality popping up all over the place!

Angelina Jolie, who was born on June 4, 1975, is the consummate professional in the art of multitasking. Also, Angelina Jolie constantly travels between jobs and societies due to the fact that she is an actor, a humanitarian, and a mother, just as any social butterfly Gem would. Angelina Jolie is one of those rare celebrities who never ceases to amaze us.

Helena Bonham Carter, who was born on May 26, 1966, has a very Gemini approach to red carpet design. She explained her philosophy to the Daily Mirror as follows: “I’ll come up with around twenty distinct concepts, choose one of them, and then decide against it at the very last second. What did you anticipate from a Gemini like me?”

Born on June 1, 1981, Amy Schumer is a stand-up comedian and actress who hails from the United States. In the early 2000s, Amy Schumer tried her hand at comedy, and in 2007, she participated in the fifth season of the NBC reality competition series Last Comic Standing as a participant.

Naomi Campbell is a supermodel, but she is also an actress and a TV host, and she has even tried her hand at singing. She was born on May 22, 1970, and she is a true Gemini who possesses multiple talents.

Zendaya, who was born on June 1, 1996, has remarked that although Tom Holland is a Gemini, he behaves more like a Virgo, which is her own star sign. Zendaya’s birthday is June 1. Even though he is not a Virgo, she saw that he is a perfectionist in his work.

Laverne Cox is a well-known LGBT activist and actress who was born in the United States on May 29th, 1972. Because of her performance as Sophia Burset in the Orange Is the New Black series on Netflix, she gained widespread recognition. On more than one occasion, Laverne Cox has sent birthday greetings to her fellow Geminis via Twitter.

“Gemini by birth, I was born on June 17, 1987, and I’m a very emotional person,” says Kendrick Lamar. In his song “The Heart Pt. 1,” Kendrick Lamar says, “I love hard, and I fight harder, a born author.” He is forced to acknowledge the fact that he is both a lover and a fighter, and he can’t help but do so.

Kanye West, who was born on June 8, 1977, is known as the man, the myth, and the legend. He has acknowledged that those born under the Gemini sign do truly create art in a unique way. According to a quote from Kanye West in an interview with Interview magazine, “It would be biased of me to think that the group of Geminis is the most consistently in tune with what their spirit is telling them to do or why they have breath in their lungs.” he adds. “But I do think that creative Geminis have, throughout history, been tremendously in sync with those things,” says Kanye West.

Natalie Portman is an Israeli-born American actress who was born on June 9th, 1981 in the United States. Since she was a teenager, she has maintained a successful career in film, during which she has starred in a variety of commercially successful and critically acclaimed indie films, for which she has been honored with numerous accolades, including two Golden Globe Awards, an Academy Award, and a British Academy Film Award. She radiates brilliance befitting a real Gemini.

Aly Raisman is a professional gymnast from the United States who was born on May 25, 1994. She has competed in the Olympics twice and has brought home six medals. Also, she exudes the boundless drive and boundless vitality of a Gemini. She stated in an interview with USA Gymnastics that her mother enrolled her and her younger sister in mommy-and-me lessons when she was only two years old. “Because I’ve always had a lot of energy, it worked out really well for me!”

Bet you didn’t know that this supermodel had both the Sun and the Moon in the sign of Gemini. Born on Born June 1, 1973, she is a jack of all trades, just like the majority of Geminis. She has worked in the entertainment industry as a model, TV personality, entrepreneur, fashion designer, actress, singer, and producer. Heidi, come on, show the rest of us some of your incredible talents!

Chris Evans was born on June 13, 1981, and according to an earlier interview he gave to the New York Times, “It’s fun for me to try new things. I’m a Gemini. I am always interested in trying out all things new.”

Idina was born on May 30, 1970, and she is known far and wide for performing the voice of Queen Elsa in the Disney film Frozen. She is a woman of many skills, having appeared on Broadway as well as in several other television series. She is a genuine Gemini in every sense of the word.

Born on the 25th of May in 1970, Octavia Spencer announced her true age and gave a shout-out to her zodiac sign on the occasion of her 50th birthday in the year 2020. “Having a party in honor of my birthday. The big 5-0. I’ve been telling people that my age is 48, but the internet will always come out on top. People are entering dates and numbers, and they are saying things like, ‘I thought we went to school together.’ or ‘I’m fifty, how are you only forty-eight?'” she said, before wishing all Geminis a happy birthday. “You have to keep your eyes peeled for the good.”

Peter Dinklage is a well-known American actor and producer. He was born on June 11th, 1969 in the United States. His performance as Tyrion Lannister on the HBO television series Game of Thrones earned him critical praise, and he was awarded the Primetime Emmy Award for Outstanding Supporting Actor in a Drama Series a record four times for his work on the show.

Venus, who was born on June 17, 1980, is widely regarded as one of the greatest tennis players of all time. In addition to that, she designs her own line of apparel. She regularly speaks out in support of equal rights for women. There’s that Gemini ability to switch gears once more!

Fetty Wap, who was born on June 7th, 1991, exemplified the versatility of the Gemini sign when he stated, “I never strive to make each new song I write better than the one before it. I simply focus on making it stand out from the rest of my work.”

Iggy Azalea is an Australian rapper and model who was born on June 7th, 1990 in Australia. Azalea uprooted her life and went from Australia to the United States when she was only 16 years old so that she may pursue a career in music. She embodies the Gemini trait of being anything but dull.

There you have the list of famous Gemini Celebrities. The Gemini emblem of the Twins conveys communication, invention, and cleverness, which are characteristics associated with the Gemini zodiac sign.

Did any of these Gemini celebrities catch you by surprise by being a Gemini?