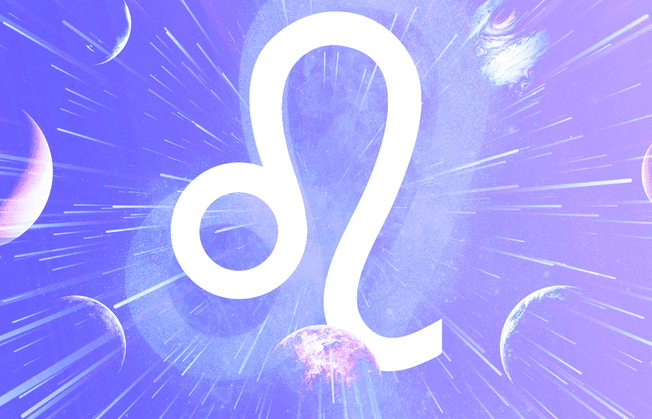 It is claimed that people who were born under the fire sign have a strong drive to succeed. Another characteristic shared by many Leos is a need to have a sense of self-importance. That right there is the winning formula for everybody who wants to make it big in the entertainment business.

But don’t let yourself be misled. Leos aren’t solely known for their success in the entertainment industry. There are also members of the monarchy and political parties. Because of their self-assurance, charisma, and charm, they are born to be stars. Are you ready to know exactly which celebrities have a Leo energy in their star sign?

Why do Leos always end up in center stage?

Born along the dates July 23 – August 22, a Leo, symbolized by the lion, is the monarch of the celestial forest. They are royal and love the spotlight and celebrating themselves. These lions are natural-born leaders and appreciate artistically-inspired friendships and romances. Leos love drama-filled tabloid romances. Every Leo believes they’re famous.

These astrological divas love extravagant dinners, parties, and fancy clothes. The sun rules Leo’s life and vitality. Leos are stable, faithful, and consistent, like the sun. They put their hearts into every relationship. Until they feel threatened, lions like seeing their partners flourish. When they dread being eclipsed, they can become egotistical, proud, and jealous.

Celestial lions should remember that others’ achievement doesn’t dim their own light. Leos’ hubris threatens their happiness. Leos are recognized for their ambition, determination, and fearlessness. Leo’s tarot card shows physical, mental, and emotional tenacity. Leos mature into fearless optimists who refuse to accept failure.

Jennifer Lynn Lopez was born on July 24, 1969, and she is a multi-talented performer. She is talented in singing, acting, and dancing. Jennifer Lopez is not just a successful singer but also a legitimate businesswoman who has her own brand of beauty care products. Where does all of that motivation originate? Big Leo Energy is how we like to refer to it, Miss Jennifer Lopez.

Joe Jonas, the oldest of the Jonas Brothers, is a Leo and was born on August 15, 1989. Kevin, the middle brother, is a Scorpio, and Nick is a Virgo (Nick). In addition, Sophie Turner, who is Joe’s wife, is a Pisces.

Shawn Mendes is a Canadian singer and songwriter. He was born on August 8, 1998, in Ontario, Canada. This artist exudes talent, and he quite literally radiates the spirit of the lion, which is his zodiac sign. This man certainly has a lot of talent, which makes him the ideal representation of a Leo because he has everything a Leo should have and more.

Viola Davis, who was born on August 11, 1965, has been nominated for an Academy Award four times and won once!. This makes perfect sense, considering that Leos take the “star” in “star sign” fairly literally, as Viola Davis is a Leo.

On July 27, 1972, Maya Rudolph came into the world. It requires a significant amount of work to distinguish oneself among the talented cast of Saturday Night Live. It’s a good thing that Leos are famous for their amazing charisma.

Halle Berry was born on August 14, 1966, and she is a winner of three awards: an Emmy, a Golden Globe, and an Oscar. She placed second in the Miss USA competition. So Leo! She is also the subject of a song that bears her name.

Martha Helen Stewart is a well-known retail entrepreneur, author, and television personality from the United States. She was born on August 3, 1941. She achieved her level of success as the founder of Martha Stewart Living Omnimedia by engaging in a wide range of business activities, including publishing, television, merchandising, and online commerce. Such a powerful Leo Woman!

Because Leos are fearless and driven by their enthusiasm, Gryffindor is the best Hogwarts house for them to be sorted into. Due to the fact that he was born on July 23, 1989, actor Daniel Radcliffe, who plays Harry Potter, is a fire sign.

Jennifer Lawrence was born on the 15th of August in 1990, making her an August baby. However, Katniss Everdeen, the heroine that brought Jennifer Lawrence to fame, was born in May. This identifies her as a Taurus, a sign of the zodiac that is noted for its loyalty and perseverance.

Kylie Jenner was born on August 10, 1997, and she is best known for her role as a child star on the E! reality series Keeping Up With the Kardashians. Is it, therefore, shocking to learn that she is also a Leo? In 2013, she sent out a tweet with the following Leo-related message: “If a #Leo catch you lying, it’s done. They’ll never trust you again. They may forgive, but the trust never fully returns.”

Fans of Demi Lovato, who was born on August 20, 1992, believe that the lion tattoo that they have on their hand is a reference to the zodiac sign of a lion. According to the birth chart of the artist, the rising sign of the singer is likewise Leo.

The Miss Congeniality and Bird Box star, Sandra Bullock was born on July 26, 1964. Sandra Bullock was the highest-paid actress in the world in both 2010 and 2014, and there’s a good reason for that. Yes, it is due to her talent, but it also helps that she exudes the fire of a Leo.

Chris Hemsworth is a well-known Australian actor who was born on August 11th, 1983. Leos have a strong need to feel important, and in the realm of superheroes, what could be more significant than becoming an Avenger? Chris Hemsworth, you have quite the job on your hands.

Leos are more comfortable taking the reins. Perhaps this is the reason why Ben Affleck, who was born on August 15, 1972, decided to try his hand at directing after working for many years in the acting industry. One of the many things that unite him and his girlfriend Jennifer Lopez is that she is also a renowned Leo. This is just one of the many things that they share in common.

Dylan Sprouse is a well-known actor who was born in the United States on August 4, 1992. He is best known for his role as Zack Martin on the Disney Channel series The Suite Life of Zack & Cody and its spin-off, The Suite Life on Deck, in which he played opposite his brother Cole Sprouse. He is Cole’s twin brother, both are Leos.

Meghan Markle, who was born on August 4, 1981, can now add “Duchess of Sussex” to her resume in addition to her other accomplishments as an actor and humanitarian. This makes perfect sense considering that Leos are natural-born leaders, just like Meghan Markle.

Jason Momoa is a well-known actor that hails from the United States and was born on August 1st, 1979. After making his acting debut as Jason Loane on the action drama series Baywatch: Hawaii, which was followed by his depiction of Aquaman, he went on to portray other roles. This man exudes the energy of Leo.

Greta Gerwig, who was born on August 4, 1983, has confessed that she has compared her birth chart to the one of Louisa May Alcott, the author of Little Women. After that, she went on to rewrite and direct the version that ultimately won an Academy Award.

If there is one thing that Leos are known for, it is their confidence, and everyone is aware of Pitch Perfect star Anna Kendrick’s ability to steal the show. She was born on August 9, 1985. Just do yourself a favor and watch all three of her Pitch Perfect movies.

Elisabeth Moss is an authentic Leo as a result of her birthday, July 24th, 1982. On the other hand, we speculate that June, the character she plays in The Handmaid’s Tale, is more Gemini or Scorpio.

Laurence John Fishburne III is a well-known actor who was born in the United States on July 30, 1961. He is a well-known actor noted for his roles in theater and TV and has won three Emmy Awards and a Tony Award for his work. The powerful, combative, and authoritative characters Laurence Fishburne creates in his films have earned him praise and admiration.

Mila Kunis was born on August 14, 1983, and the unmistakable magnetism that she exudes through the screen in films like “Black Swan” and “Bad Moms” is a dead giveaway that she is a Leo.

Charlize Theron is a South African and American actress as well as a producer. She was born on August 7, 1975. In addition to being one of the highest-paid actresses in the world, she has also been honored with a number of prestigious awards, such as an Academy Award, a Screen Actors Guild Award, and a Golden Globe Award. She was recognized by Time as one of the 100 most important persons in the world in the year 2016.

Terry Crews is a well-known American actor, television host, and a former linebacker for the American football team. He was born on July 30, 1968. In the sitcom Everybody Hates Chris, which ran on UPN and CW from 2005 to 2009, Terry Crews played the role of Julius Rock. He also played the role of Terry Jeffords in the sitcom Brooklyn Nine-Nine, which airs on Fox and NBC.

Cara Delevingne is an English model, actor, and singer. She was born on August 12, 1992, in the United Kingdom. After she graduated from high school in 2009, she made a contract with Storm Management. At the British Fashion Awards in 2012 and again in 2014, Cara Delevingne was named Model of the Year.

Everything makes sense here when it comes to Leos being natural leaders and charismatic performers. It is evident in the way these celebrities live their lives as a true Leo.

Do these Leo celebrities astonish you?