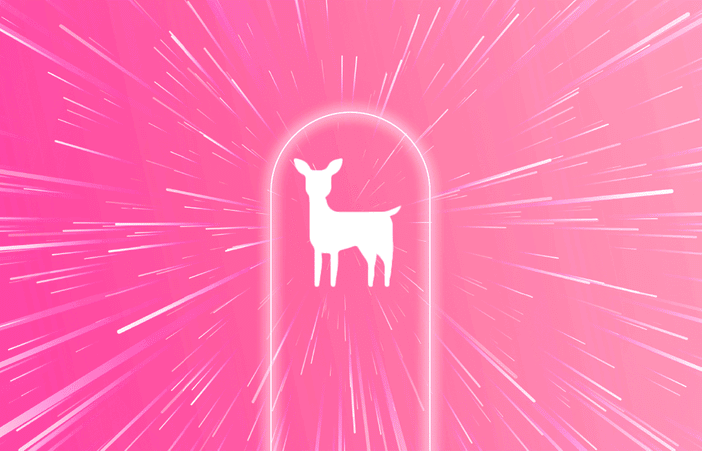 You will find that archetypes are near-universal patterns that we recognize. They are the characteristics that determine the characters that we all strive to be. Archetypes activate our creativity and comprehension. Archetypes have varying degrees of influence on human behavior. Perhaps you fall under the Innocent Archetype Examples.

If you appreciate simplicity, optimism, and the pursuit of happiness in general, you may be an innocent archetype. The innocent wants to do things correctly – free of corruption or influence – and works to create peace in their lives and the lives of people around them. This is often recognized as the “Innocent Child” aspect of this archetype.

What is the Innocent Archetype?

The Innocent, also known as the Dreamer Archetype, the Child, the Utopian, the naive, and the mystic, embodies all that we aspire to return to in old age, as well as a soul that has not been tarnished by the cruelty of the world. Other names for the Innocent include the Child and the Youth. The Innocent seeks happiness more than anything else in the world. It is not necessary for it to be just his own; the Innocent wants paradise for everyone, including their adversary.

Sincerity underlies the Innocent’s actions and goals. Truth is the only thing they are aware of. It is the pure nature of this archetype’s innocence that gives it the reputation of being one of the most likable characters in situations involving multiple people. It is the Innocent who is most likely to rally those who were previously oppressed.

They motivate others, especially those who are apathetic, to naturally gravitate toward what is good. When the Innocent is at the height of their power, they have the ability to persuade a neutral party to fight for the Hero, despite the fact that there is no reward to be had and the likelihood of victory is low. Their positivity is unsurpassed.

However, the Innocent is not immune to the Shadow, which can be thought of as the components of an archetype that the Self chooses to exclude from its regular Persona. As a matter of fact, the Innocent can be extremely naïve, sometimes to the point where they put people around them in jeopardy. The Innocent is also susceptible to becoming overly childlike and challenging to reason with.

The stereotype of the innocent person tends to be quite straightforward. They are driven by the desire to experience contentment, and you can rely on them to always do the right thing because they have repeatedly shown that they are capable of doing so.

The innocent archetype may generate feelings of wholesomeness and honesty, and it is frequently seen in institutions such as churches, non-profit organizations, local grocery stores, and businesses that provide organic or natural items.

Tom Hanks’ performance as Forrest Gump is a powerful illustration of the concept of the innocent archetype examples. A dependable person who placed high importance on happiness and friendship and who did not seek any benefit other than the company of others. Forrest had a sense of melancholy and went about his life in the most uncomplicated way possible.

They could put themselves in danger by being overly impulsive and exposing themselves to the harsh truths of the world. Also, they have a tendency to remain static since they want to remain with what is already familiar to them.

How do the Innocent Archetypes do in Business?

When marketing themselves, innocent brands will typically use gentle images, muted colors, and a straightforward, honest message. This will leave the consumer with sentiments of security and warmth. Also, this company’s mission is to encourage people to take a step back and look for joy in the everyday experiences that life has to offer.

In the marketing of this archetype, it is usual practice to make use of pictures that communicate feelings of serenity and melancholy. Nature and animals, as well as nostalgic or bonding experiences, are frequent topics for photographic depictions. Honest and dependable work culture will be the defining characteristic of an innocent brand’s workplace.

There may be a lack of creativity and adaptability, but there is a significant focus placed on achieving perfection on a consistent basis with very little space for error. Those who have an organized mindset and keen attention to detail would do well in a setting like this one.

What are the Brands of the Innocent Archetype?

The Coca-Cola brand is the ideal representation of the innocent archetype since it uses catchphrases such as “It’s a real thing” and “open happiness” in its advertising. Coca-Cola urges people to find fulfillment in the everyday moments that matter, such as spending time with family and friends, through the use of advertisements that frequently feature scenes of simplicity.

Within Aveeno’s branding, you’ll find a constant use of muted colors, natural-looking imagery, and straightforward language. Aveeno wants to communicate to its customers that they can have faith in the skincare products they sell by highlighting the natural components that are present in those products. Also, Aveeno routinely displays people participating in everyday activities that make them happy and invites viewers to “Get Skin Happy” in their advertising and marketing campaigns.

The very name captures the innocence and straightforwardness that is associated with a dove. Dove’s marketing is dominated by the color white, and it features initiatives and campaigns such as “the campaign for real beauty” and “Dove genuine beauty sketches.” They are dedicated to being honest and authentic, which is extremely clear from the messaging they put out there.

There are plenty of catchphrases this magical place and brand has that embody the Innocent Archetype. Since Walt Disney initially sketched the world’s most famous mouse, the fundamental promise that Disney has made to its customers has remained the same, “to create happiness through magical experiences.” Disney has always placed a strong emphasis on building its brand on a base that is considerably broader than its logo.

What are the Values of the Innocent Archetype?

The pleasure and well-being of all people is The Innocent’s primary objective. That is what they want not only for themselves but also for everyone else, typically including the villains. The Child is opposed to paradoxes because of their simplicity. In their view, there is a distinct demarcation between right and wrong, and each issue can be resolved in a straightforward manner.

A moral code is followed by a character who belongs to the Innocent archetype. The archetype of the Innocent Child is one that strives to always do what is right and expects others to do the same. This moral code may not be the same as the one that we follow, but this trait remains constant. They also have a difficult time dealing with it when they see another character, especially one that they care about, engage in immoral behavior.

What are the Positive Qualities of the Innocent Archetype?

What are the Negative Qualities of the Innocent Archetype?

Innocent Archetypes are naïve. Other characters are frequently tasked with the role of being the responsible adult and guarding the Innocent. They are susceptible to being let down because the Innocent archetype has such a strong faith in the kindness of others and beautiful endings that they are devastated when they are shown the harsh side of reality.

They make reckless decisions; for example, an Innocent who is contemplating jumping over a cliff into a river is only thinking of the feeling of the wind in their hair, not the dangers that lie below the surface of the water.

Also, they are resistant to change because they believe that everything in the world should be lovely. Both the people who live there and the weather are picture-perfect. Anything that would call this vision into question or shake things up is not welcome.

They are experts at denying reality, as seen by their unwillingness to acknowledge the complexities of the challenge or the shortcomings of their companion. As a direct consequence of this, they have an annoying propensity to minimize the difficulties experienced by other people. They are also capable of displaying unwavering loyalty to a person who does not have their best interests in mind.

The Innocent Archetype Examples are pure, virtuous, and blameless, free of wrongdoing. Also, the Innocent represents inner serenity and acceptance in its most potent form.

If you find yourself to be an Innocent Archetype, what aspect of being one rings truest to you?