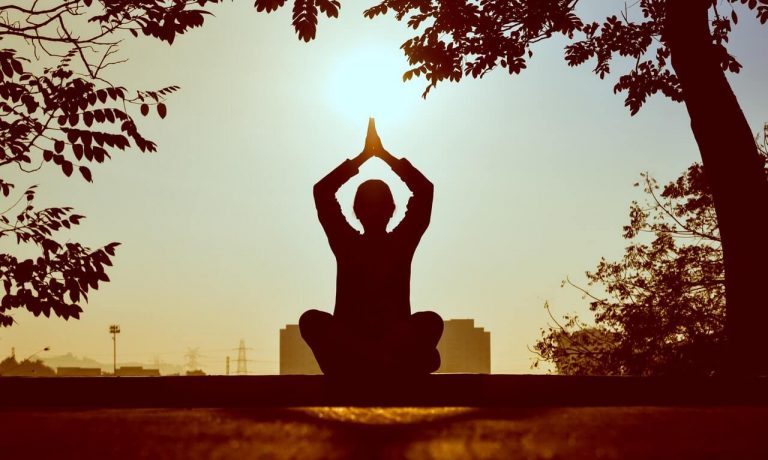 How to Harness the Power of Positivity – A Complete Guide

How to Harness the Power of Positivity – A Complete Guide

In our previous article, we began with an in-depth examination of the human condition. Torn between finding one’s meaning and transcending one’s failures, man can easily be led into a situation where he is unable to go beyond the boundaries before him. Strayed, one can be subject to the seemingly insurmountable amount of processes and forces before him, forever straining him just as how the boulder determined Sisyphus’ fate.

But by being able to harness the power of positivity, even one can find meaning in such a dire situation. Just as Sisyphus was able to see that one moment where he is above the boulder, our perspectives will define for us whether or not we’ll find meaning in our struggles. By being able to see the good in things through the little battles that we win, we feed positive energy to ourselves. Such a habit will allow us to become fortified from within.

With this inner fortification, all external struggles become opportunities for growth. Cultivating this positive mindset, we are able to learn instead of suffer from the hurdles that we’re facing in life. Picking up the good in things, we level-up and improve ourselves in the process.

But while this is a good idea, at least on the theoretical level, what are the concrete things that we can do to actualize it? To answer this question, we will be doing a two-pronged approach – one on the foundations of positivity, and the other on practical tips on how to do it. 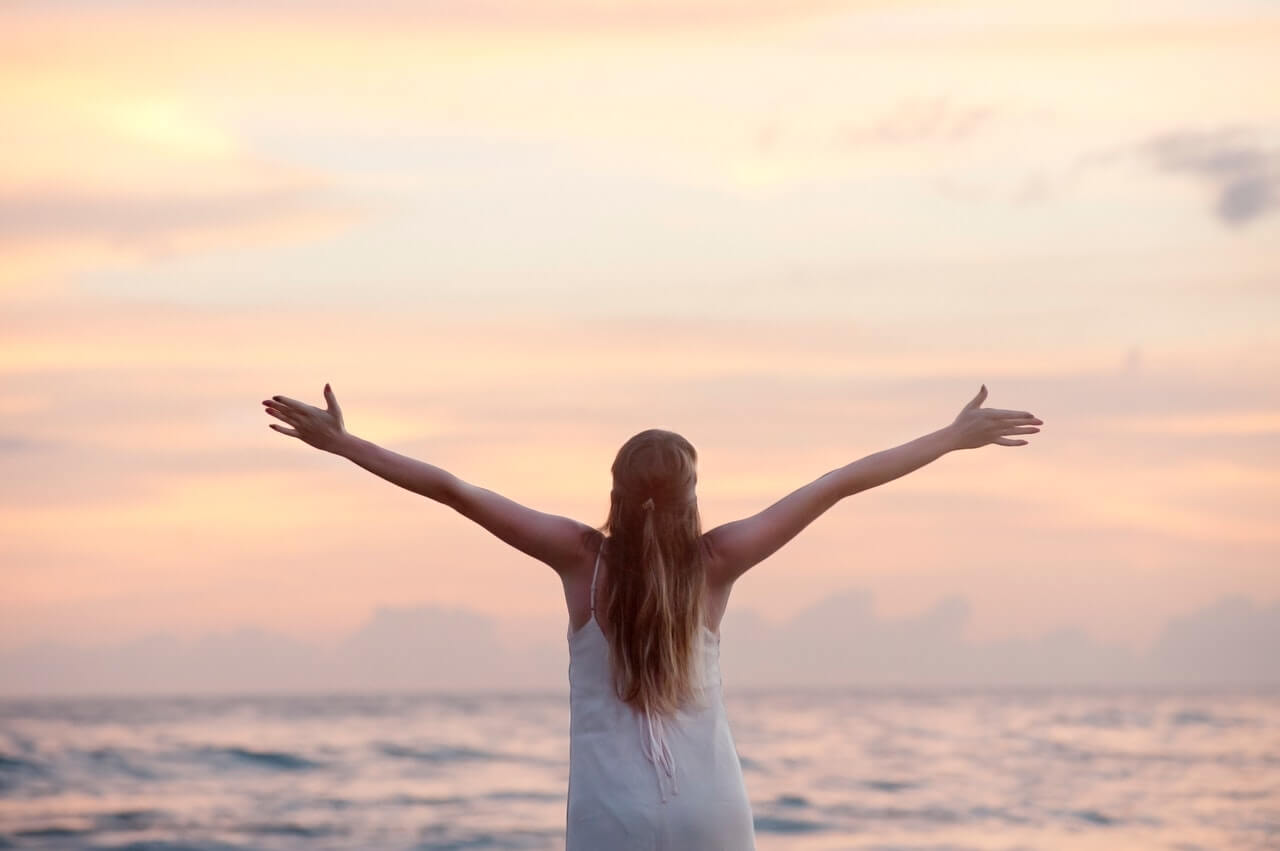 1. Be mindful of your thoughts

In the advent of a world where almost everything is connected, it is easy for us to get confused and be trapped within the rubbles of confusion and conflict. With social media platforms having the ability to connect almost anything that there is, the sheer amount of senseless information and data that is being barraged towards us can distract us from what matters the most.

As such, people have responded to this phenomenon by seeking mindfulness. When we actively try to seek mindfulness, that in itself is the first step to achieving it. But what is mindfulness anyway, and how does it lead to positive energy?

Mindfulness is the act of consciously sorting out the ideas that we allow to be inside our head. When we fail to constantly re-examine our thoughts and feelings, we are often led to the wrong actions in life. For instance, failing to see that your habit of watching series at night can cause you to wake up late in the morning, you will continue empowering such possibly negative activity.

But when equipped with mindfulness, you can re-examine some of your thoughts, leading you to become better at deciphering and assessing which are those that should be kept.

In order to harness positivity, mindfulness is always the first step, as it is a concrete way of being able to sort things out. As a form of mental meditation, mindfulness is the active way of doing it. After all, your actions are created purely in your endless imagination, of which if you don’t assess properly, such will be filled with the wrong things.

2. Let go of all forms of Negativity

Contrary to popular perception, the law of karma works both ways. What you give is what you get, which is why when you give out positive thoughts and actions, people around you will rebound the same kind of energy to compliment it. But when you start giving out negativity, of course, this is also what you get.

For instance, consider someone who harbors anger towards another person. While the offender doesn’t give much concern about it, the one offended may plant hatred in their heart for a mistake or two. Looking at both of them, which one carries more plight?

If you want to harbor positivity in your life, it is important to take note that letting go of such negativity is a fundamental step in moving forward. Following the Buddhist principles, it is always best for you to let go and not allow yourself to be dictated by such feelings.

When we are able to break the chains that bind us to negativity, we allow ourselves to become a fertile soil. Instead of one that is being plagued by weeds, our soil is now ready to be planted with seeds of positivity, which contributes to us being growing instead of spinning in circles.

Thus, if you want to be free and be a better version of yourself, don’t let this fundamental thought slip through you. After all, this is the only way to properly proceed to the next step in this series.

Easier said than done, cultivating a positive mindset is the proper next step in this series. Given that we now have a fertile soil to plant with, timing is crucial. While we are able to actively remove negative thoughts and be mindful of what comes in and out, all of these efforts are futile without the proper direction and consistency.

For instance, while you may have this idea of getting fit (which is a positive idea), the preparatory steps are to be mindful of what you eat (mindfulness) and remove negative habits (removal of negativity). But more often than not, people who try to be better versions of themselves get stuck after the first two points. Being mindful and removing negativity only prepares the ground for getting fit. Without converting positive thoughts into actions, our desire may easily deplete, leading us to go back to our old ways.

When we fail to be consistent and definite on our goals and its directions, the once fertile soil that we have prepared will again be corrupted. As such, our progress towards positivity will once again be halted when we lose steam along the way.

Thus, to ensure that you get the results that you want, you have to understand that time is of the essence in doing this. And no, I’m not saying that you should simply rush things out but being conscious of its impact will play an important role in whether or not you can integrate positivity in your system.

4. Pay Close Attention to Who you’re with

As the old adage goes, birds of the same feather flock together. Although such is not 100% true, there is indeed a good chance of people around you influencing your life choices.

Just like sorting through the thoughts and ideas that you allow in your head, identifying the kind of people you are commonly around with is just as equal to it. In harnessing the power of positivity, it will be more difficult for you if you hang out with negative people. Even though you are an optimist, constantly having them by your side can possibly change the way you think.

For instance, hanging around with people who constantly complain about life can unconsciously stress you out. When you hear them blabber about nothing but their problems, such negative energy will be passed on to you, plaguing your subconscious thoughts. At the end of the day, you wonder why you are feeling this and that, and you realize that its all because of the people around you.

Just as you have to be selective on what you hear and see on T.V., hanging around with the wrong people will eventually take its toll. If you truly want to harness the power of positivity, you have to cut out this silent drug, as it is one of the stumbling blocks that you often fail to notice in your life.

5. Go back to Nature

Contrary to popular belief, harnessing positivity is not purely an intellectual activity. Whereas most of the fundamentals presented here are more of having the right mindset, positivity is something that is also sought externally through nature.

When we are trapped by all the technologies around us, it is sometimes difficult to find positivity. Spending long hours in the office can drain you in innumerable ways, such as simply hearing the ticking of the clock is enough to bother your inner self.

Compare this, for instance, with people who regularly goes on a trip to the mountains. Hearing their trekking stories about some stick insect that crawled over them will either amaze you or freak you out. Either way, a part of you feels that longing, as if a son or a daughter that was disconnected to their mother.

True enough, all of us are children of nature. And when we become too engrossed in our own devices, it is natural for us to feel such disconnection. If we truly want to not only think positively but also feel as such, the way to go is to spend time with mother nature’s creations for us.

6. Allow Cosmic Energy to enter into you

Looking at negativity, you will realize that what’s common in it is the notion of nothingness. For instance, a person may be negative because they lack the latest iPhone, giving them a sense of “being less.” Similarly, another might feel less adequate given that they perceive that they have no talent at all.

When we lack things in life, we get to have an experience of nothingness. The death of a loved one can lead to such emptiness in our hearts, leading us to commit to further errors down the road.
But when we accept that we are not fully in control of our lives, we realize that there are times wherein we simply have to surrender to the higher powers. Doing so will help us realize the real essence of harnessing positivity – allowing cosmic powers within.

After all, negativity exists not only when we disconnect with mother nature. Instead, when we cut ties with the source of all that there is, thinking that we are able to achieve things alone, is the time wherein we carry the weight of the world on our shoulders.

Like Atlas, who was forced to carry the world on his own, its weight can be too much for us, barring our inner self from harnessing the true positive energy that circulates around the universe.

…
With these fundamental tips, we hope that we have imparted life-changing ways for you to improve your ability to harness the power of positivity. By integrating these things to how you live your life, you can shift the direction from negativity to something that can bring you more joy and happiness in life.
But remember, the key is in making sure that you are consistent in your actions. While these tips will help you transcend your struggles and perceive them as opportunities for improvement, being unable to maintain such will make everything futile.

As such, you can only truly harness the power of positivity by making it a part of your system, and doing it without the need of thinking about why and how to. Like a heart beating to circulate blood, your mind should breathe positivity involuntarily.