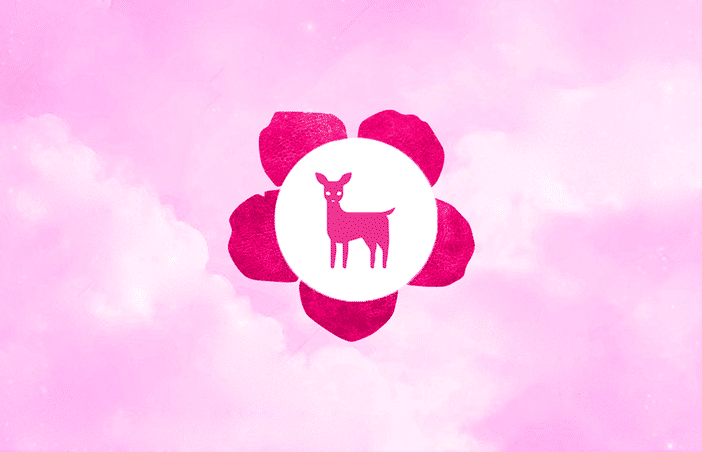 The Innocent Child Archetype: Everything You Need to Know

The Innocent Child Archetype: Everything You Need to Know

The Innocent Child Archetype was first proposed by psychoanalyst Carl Jung, who believed that it represented a significant turning point in the path of individuation. According to him, the innocent child archetype was beneficial as it allowed an individual to enhance his or her connection to their own history while also recalling childhood experiences and events.

Although it is the starting point for each individual’s development, the child archetype can be thought of as the innocent aspect of us that puts up our early aspirations of our families, friends, and society, as well as our own personal safety with everyone of them. You know enough about your adult life but wouldn’t you like to know about the innocent child that lies within you?

What is the Child Archetype for you?

We have all experienced the infrequent tendency to participate in impulsive shopping, as well as our urge to mope and expect others to console us; all these are manifestations of the child archetype inside of us. In our minds’ eye, the word “child” conjures up images of attributes such as innocence, impulsivity, spontaneity, and inventiveness, and also characteristics such as reliance, naivete, ignorance, and stubbornness.

These characteristics of the child archetype frequently present themselves in a variety of ways for each of us individually. Innocence and whimsy are two characteristics that help us to reconnect with our inner child. Once we are present, we experience the world through the eyes of a child, full of curiosity and wonder, and our creativity is stimulated. Our vital energy continues to increase, and our ability to be creative begins to blossom.

Various Ways the Child Archetype is Present in Your Life

Innocence is one of the first characteristics we equate with the concept of a child. The child archetype’s innocent side is both naïve and playful. Those of us who have this aspect of the child archetype prevalent would describe ourselves as usually easy-going, with a carefree attitude and an easy ability to trust others. Characters like Cinderella and Snow White beautifully exemplify such childlike innocence.

Whenever the innocent child in us is healthily integrated into the psyche, we are able to nurture the innocent, playful, light-hearted side of ourselves while also carrying out adult responsibilities with relative ease and balance. Even so, when we are overwhelmed by life’s challenges, this innocent child may not feel equipped to confront them.

It discovers that the world around us is not ideal or reasonable and that there are flaws at every phase. As this child’s happy bubble bursts, it causes feelings of despair, and the child becomes blindsided. It is at such times that the shadow of the child archetype may come into play, and the child may seek solace in retreating into fantasy.

We find ourselves failing to acknowledge or deny our concerns, and, on a general basis, we keep refusing to grow up and accept responsibility for the circumstance. As a result, the shadow side of the child becomes dominant in people who become overly reliant on others to help them cope with difficult situations.

The Significance of the Child Archetype

In order to maintain the innocence of the individual in question, this archetype is concerned with protecting, survival, and safety, and it yearns to return to a place where it can receive all of these things and more in abundance. It makes no difference which manifestation of the Child archetype is present in a person (or in a character), the Child archetype will more often than not lure that person toward safety.

The characteristics of the Child archetype vary depending on how it is represented. Having said that, the majority of Child archetypes across the spectrum are innocent and imaginative, having a flair for the fanciful. They may take a risk before looking, but they do it without any malicious intent; they are truly concerned about others around them and want to improve the world. Even though the Child is a Dreamer as well, he or she may be a little more grounded in reality while still pursuing some lofty ambitions in the finale.

The Child desires nothing more than to be happy and to feel secure in his or her surroundings. Although it is possible that the Child wants to be able to bring happiness to others or to resolve issues, he or she may not fully see why this is not always possible, even when every effort has been made.

When it comes to sentiments and emotions, the Child archetype longs to communicate genuine, sincere, straightforward emotions and feelings without having to sugar-coat or protect them in the manner caregivers do. Happiness, vitality, and a lively character are all sought after by the archetype in society. It also yearns to come across sources of innocence and delight wherever it may be found.

With this archetype, recognizing the positive side of most situations comes naturally. A great ability to share such optimism with others and to assist them in keeping their heads above water even when things go tough may also be present in the Child. Other human beings, as well as spirits, are always treated with love, empathy, and care by the Child in all situations.

In some scenarios, the Child archetype could have difficulty comprehending the gravity of the issue. They might be self-centered, as are the vast majority of actual children, and they may be unwilling to accept responsibility when things go wrong. It is possible that it has a bigger and more powerful Shadow than certain other archetypes, depending on the version.

Examples of the Child Archetype

When it comes to literature, the most well-known example of the child archetype is JM Barrie’s Peter Pan, a figure and story that has become synonymous with childhood purity and wanderlust because it’s a story about a boy who never grows up.

In more contemporary literature and movies, the character of Harry Potter has emerged as a symbol of the archetypal child’s strength in the shape of a young boy wizard and his allies who confront evil and emerge victorious from the ordeal.

It is also possible to consider Anne Frank to be an example of the modern-day child archetype – an innocent and pure child whose life was taken away from her by forces of evil in the world and who thus never had the chance to grow up but instead remains forever young and pure in the minds of the world because of the forces of evil in society.

In many aspects, Disney Princesses embody the child archetype because of their tendencies to focus on the silver lining of every storm, the light at the end of the tunnel, and heavenly parts of a person’s psyche. Most princesses we watch in Disney film fairy tales are innocent, pure-hearted, and curious or full of wonder, making them a prime example of a child archetype.

Sub-Archetypes of the Child Archetype

Despite the fact that the Innocent Child is still a part of the Child archetype, he or she may be adept at managing or leading a team. A person who embodies this character is upbeat, cheerful, and easy to get along with. Although they are now adults, this archetype is still able to recall vividly what it was like to be a child, and they have an easy time connecting with others who also exhibit strong Child archetypes. It’s possible that this archetype will have a difficult time being treated seriously as a grownup.

It is possible that the Orphan Child is not an actual orphan. No matter what transpired in this Child’s life, they were unable to form meaningful connections with a parent or other family member. Because of this, they struggle to find a way to love themselves in the face of recollections of a childhood in which they didn’t receive enough affection. The Orphan Child longs to be accepted as a member of society.

The Magical Child is a daydreamer who engages in a great deal of magical thinking throughout his or her life. This Child still delights in magic and is likely to chill on cloud-9 a majority of the time. In most cases, this Child is present as a form of escapism, and it is supposed to shield the mind from having to face the hardness and cruelty of the actual world. The Magical Child yearns to be released from his or her captivity.

The Nature Child, also known as the Wild Child, is a child who desires to be in nature at all times. This Nature Child adores plants and animals, and spending time outside is an important aspect of their identity. As an adult, their enthusiasm for the environment may lead to employment in an environmentally beneficial field.

Lastly, the Divine Child or Eternal Child is designed to serve as a constant reminder that angels are constantly nearby to guide and protect us. The Divine Child is likely to spend a significant portion of their adult lives serving as a Caregiver archetype for other people in need. One could identify them as the least dependent child because of their god-like qualities, their love for guiding and protecting others is like sacred contracts to them.

The Child Archetype awakens the sense of wonder, purity, sincerity, and goodheartedness within every person in the world. It is imperative that we keep in touch with that aspect of ourselves and take good care of the “child” within us.

Do you identify with any of the variations of this particular archetype?