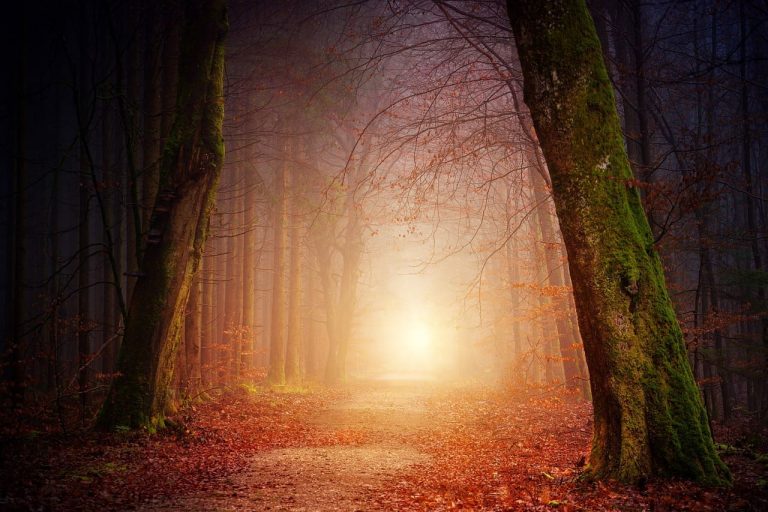 Understanding dreams isn’t all about finding out their meanings. While such is an essential point of interpreting the whole experience, dream symbols and their definitions aren’t all that there is.

For instance, as you slept last night, you’ve dreamt of a wolf that’s circling around you while you’re in a snowy mountain. Well perhaps this might be because of that film you watched before sleeping, or this might be interpreted based on how wolves are supposed to signal some sort of inner feeling of being threatened.

Nonetheless, the validity of these interpretations hugely depends on how they were dreamt of. Taking into account the previous dreams, what meaning does it portray? By doing dream journaling, you’ll be able to accurately keep track of their interconnectedness, allowing you to arrive at some kind of holistic interpretation.

But more than such, did you know that the types of dreams can also affect their meaning and interpretation? Yes, by being sensitive to this nuance, you’ll sharpen your final outcome in analyzing your dreams. As such, we’ve prepared this article just for you, our beloved readers, to gain more knowledge on the types of dreams and how they can affect your spiritual self.

The Jungian Concept of Big vs. Small Dreams

First and foremost, before we begin tackling the types of dreams, it is crucial for us to discuss the concept of both small and big dreams. As Carl Jung himself identified this tension, it is essential for us to classify if the dream we’ve had can be categorized to either. In this way, interpreting dreams can be sorted out properly, allowing us to assess them accordingly. With that, identifying dreams as small or big will can enable you to classify them in a way, and determine how each dream scales up with another.

More likely than not, small dreams are those that aren’t stemming from the unconscious. To put simply, they appear as dream noise, as if a failure of neurons to reach their supposed destination.

With that, Jung was particularly interested in big dreams primarily because of two reasons. First, the symbols and images in big dreams are theorized to be coming from the unconscious. Second, Jung believed that these big dreams served as wake-up calls, signaling us to do some sort of re-balancing in our well-being.

By having concepts that are stemming from the unconscious, we are being presented with images that matter. Given the sheer amount of information that we absorb each day, not all of them are brought to the light of consciousness. As such, some of them manifest through our dreams, as they push their way through.

Furthermore, by doing so, this indicates for Jung a need of the unconscious to express the elements that we possibly lack in our conscious self. As our ego doesn’t really cover the entirety of our individuality, big dreams are certainly one of the manifestations of repressed or buried concepts within us.

Thus, in doing dream journal, your primary focus should be the big dreams, as they are certainly those that seek to tell you something about yourself or the world around you. In essence, you’ll be able to notice such dreams since they entail significance that traverses even to your conscious state. 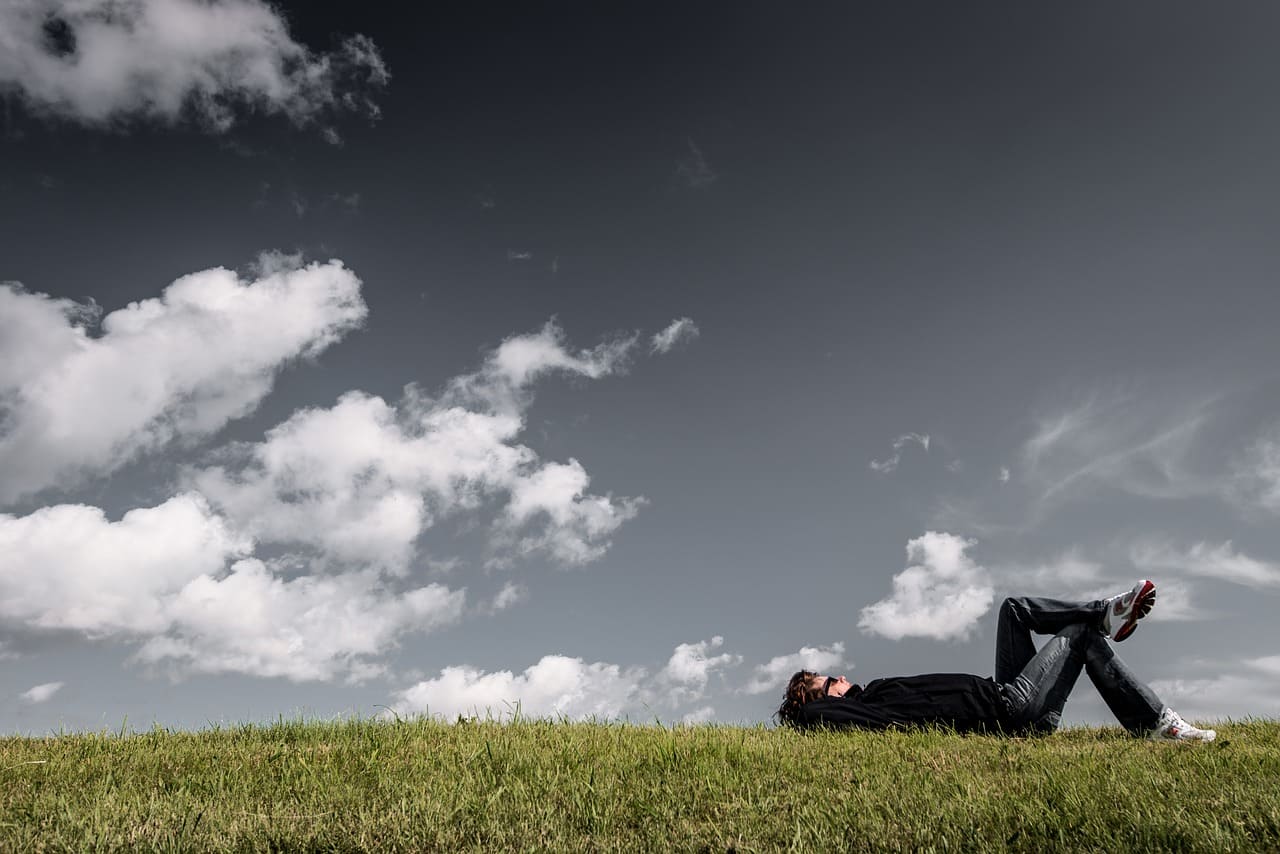 Given that we’ve identified big dreams during sleep as our subject in this article, we’ll proceed by stating 8 of the most common dreams that occur to us. By gaining a grasp of what they are and how they appear, it will be a lot easier for us to classify each dream as such.

First of the list, clairvoyant dreams present to us a grasp of what’s about to happen. Just like clairvoyance itself, the ability to predict the future by way of intuition or even cosmic powers is something that is shared by a select few. As individuals are able to predict the future even without an idea of what’s going to happen, mystics and spiritualists have come to accept the realness of this ability.

Thus, the next time you’re going to dream of a future event, you have to take note of it and record such. This is crucial because doing so repeatedly will necessarily empower your intuition, allowing you to sharpen your clairvoyance during dream state.

By harnessing this power, you’ll have a general feel on the things around you and your life even before they happen. While some people fear this power for it can be quite daunting to control, proper dream journaling will allow you to utilize it properly.

Ever dreamt of being in the universe? Indeed, these might simply be just images within our head about the reality of our cosmic world. However, it can also be more than that.

Come to think of it, have you ever had an experience of what it feels like to be in outer space? Unless you are an astronaut, then perhaps all you have are images on the internet. However, what happens when you dream of it?

Of course, the unknown happens. As this unknown unfolds itself to you during the dream state, you’ll be able to experience what it is like to be in the cosmos. The question is, where is this coming from? Cosmic dreams spark the most interest, especially that they are mostly comprised of elements that are purely from the unconscious mind.

More likely than not, you’ve woken up with tears in your eyes. Fazed by this unusual experience, you are unsure why you such is happening, or even what dream you had that caused this experience.

As such, you’ve most likely had an emotional dream. As one of the 8 types, this dream allows you to experience a flurry of emotions, often leading you to various kinds of feelings. Like a crazy roller coaster ride, this dream will tour you around the different sentiments that you’ve most likely stored around you.

With that, you have to pay strong attention to emotional dreams. Are you bothered? Perhaps you’re experiencing something deep down? Remember, dreams are one of the most used ways to manifest your most profound and/or repressed concepts about yourself. Thus, if you’ve been having this lately, then perhaps it is time for you to re-evaluate things.

Not all dreams are representations of the unconscious thoughts that you have in your head. Some of them also try to spark that power of creation in you, allowing you to arrive at concepts, ideas, and even feelings that you cannot experience during your conscious state.

Have you watched the movie Inception? In that film, Christopher Nolan took the concept of dreams to a whole new level. With the idea of having a dream within a dream, the characters of Leonardo Di Caprio and Tom Hardy were able to plant ideas to the unconscious mind that created something towards the conscious world.

But more importantly, that film showcased how one is able to operate entirely within a dream, giving them access to various powers and elements. As such, while the whole idea is far from reality, the concept of being able to fully navigate a dream (even within a dream) is something that is acceptedly called lucid dreams.

Being conscious of the fact that all of this is a dream, lucid dreaming affords us the ability to explore this psychological realm. By doing lucid dreaming, we’re actively deciding on what our dream character will do, allowing us to be in control.

Healing dreams are usually associated with our inner and subconscious desire to be healed. Whether it is a physical, emotional, or even spiritual problem, healing dreams will allow you to prophesize this event. As your body longs for nourishment, the unconscious compensates for this one through dreams.

With that, you’ll most likely experience visions wherein you’re quitting certain bad habits like smoking and drinking. Similarly, you may also have experiences wherein you’ve utterly withdrawn from a negative set of friends who are definitely trying to pull you down. In both instances, whether physical, spiritual, or emotional, our unconscious self is trying to say to us something that can lead to our own curation.

Like in the ancient times, dreams were appreciated for their prophetic value. As prominent figures have dreamt of major future events, they have been deemed as prophets and were given some kind of special recognition. Unlike clairvoyant dreams that can only predict the near future and some minor details about our lives, prophetic dreams are all about major world events and its impact on us.

The question is – is it really possible to have prophetic dreams? Definitely yes! As dreams can draw content from the unconscious side of ourselves, there can possibly be material there that can tell us something about the future. Furthermore, prophetic dreams also express itself to us with the hero narrative, often presenting a great conflict where you can be the catalyst for positive change.

Last but not the least important, shadow dreams are definitely those that we must truly be more conscious of. Often occurring in regular dreams or even in nightmares, shadow dreams reflect the repressed parts of our self. In Jungian psychology, we refer to this concept as the “shadow,” which usually resides on the personal unconscious.

As we are taught how to make moral decisions in life, some parts of ourselves become repressed. For instance, thinking that fishing is the ultimate sport with a father who loves to go the lake every weekend can stress much value to it, only to find out that we want to pursue other sports. With that, the other sports can form a shadow within us, as it manifests in our dreams how we reject the fishing rod and pick up that tennis racket.

Given such, shadow dreams present to us a reflection of what we repress, hoping that we may one day deal with it. While shadows aren’t always right, taking them in and accepting them is the key to progress. By recognizing this part of your repressed self all the way to your conscious state will allow you to come to terms with your shadow instead of perpetually burying it.

With these 8 types of dreams, you’ll most likely have a better way of categorizing the images and symbols that you see in your dream state. As each symbol means something, it must also be interpreted in a way that fits its dream type. Doing so means that you’ll arrive at a more accurate dream journal, leading to better interpretations as you string them together. Just remember, each dream has a purpose – it practically wants to say something to you. The only question is – what is it?