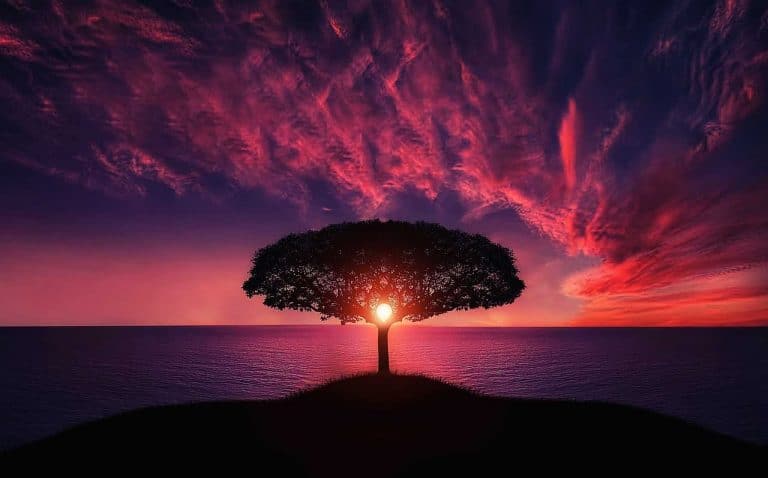 As one of the greatest, if not the greatest, psychologists of his time, Carl Gustav Jung developed the concept of jungian archetypes. Stemming from the theory of the collective unconscious, Jung inferred the existence of universal responses, creating a dramatic persona within us.

Whether we’re aware or not, this influence is present from within. As these archetypes are definitely part of our psyche, they are pre-installed within us, like google apps in your android smartphones.

With that, these archetypes will definitely affect the way we live. Presenting a particular bias towards the goal of something, being able to understand these archetypes creates a significant advantage for those who seek to know more about themselves.

Instead of merely consulting some forms of pseudo-scientific belief, these archetypes are transcendental yet reasonable at the same time. As such, people necessarily treat them with some sense of respect and reverence, making the archetypes a good source of self-knowledge.

Thus, in this article, we’ll give a quick introduction to each archetype, covering two things: their goals and gifts. By knowing these essentials, you’ll get a bigger perspective on the picture, allowing you to take advantage of it.

The Positive Side of the 12 Jungian Archetypes 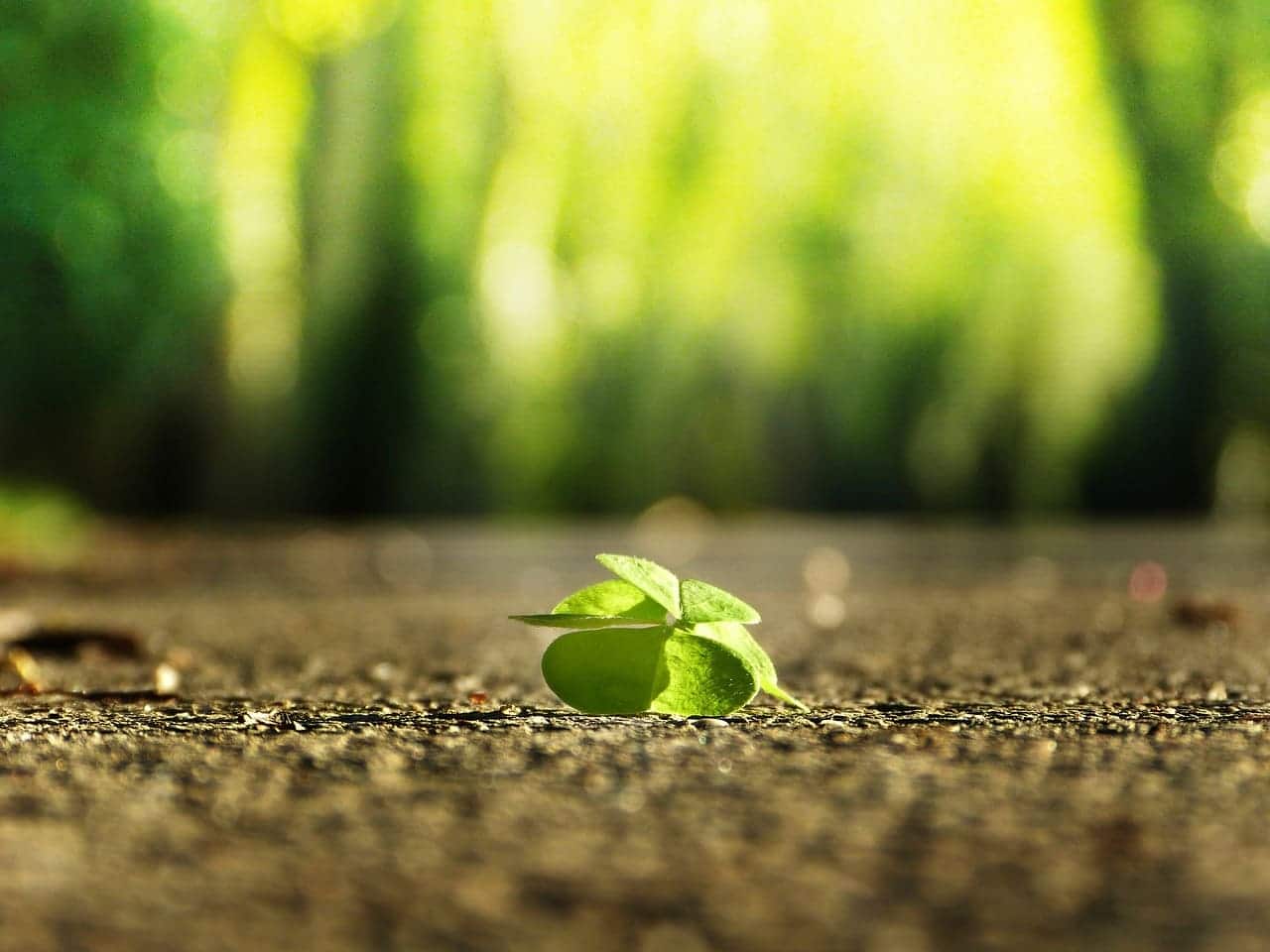 The caregiver archetype focuses on placing others first. Like your friend who comes to the aid of strangers, the caregiver never hesitates to spend their time, talent, and treasure just to make sure that they can positively contribute in the lives of other people.

With that, their goal is usually to protect others from harm. By providing that unique sense of warmth, the caregiver can make others feel that they are loved, despite the harmful conditions that they have experienced in life.

To realize this goal, the caregiver is gifted with compassion and generosity. Stemming from an innate desire to contribute to the common good, this archetype doesn’t need some external reward in providing. After all, the reward is always in the satisfaction that they get when they live out their goal.

Seeking to create something that lasts a lifetime, the creator archetype will stop at nothing to live-out this goal. By constructing something, regardless of how simple or complex that thing is, the creator can find life meaningful.

After all, by creating something, they can express themselves on top of making sure that they have a living legacy that will allow people to remember them even after death. In a way, this somehow immortalizes the existence of the creator, a perfect goal for someone who seeks to make life more than it is.

With that, creators are usually gifted with infinite levels of creativity and imagination. Naturally endowed with this ability to rethink things, creators have what it takes to achieve the goal that they want in any field or vocation that they dedicate themselves in.

For explorer archetypes, life’s meaning is found in continually discovering new things. More often than not, this goal translates into traveling the world and escaping the ordinary. While most of us will dedicate the majority of our time in some job or business, the explorer will make sure to go out there and see what nature has in store for them.

As an example, you’ll see them in the lives of digital nomads. Working remotely with their laptops, millennials tend to join this trend of going out there and exploring the seas and the mountains while having a stable source of income.

To do this, explorers are gifted with autonomy and ambition. With these two traits, they will never run out of gas in their quest to know more about life and nature.

Unlike other jungian archetypes, the hero archetype is born with the responsibility to protect others from harm. Just as they have been such in stories, heroes are always there to make sure that the village is safe from some mythical creature or a group of unscrupulous bandits.

With that, the hero will pursue new skills and constantly improve themselves in order to achieve this goal. By doing more, they become more. After all, the challenges that are posed against them are opportunities for growth.

In order to remain in this path, the hero needs the gift of compassion and service. As they reach for power in order to protect others, it is crucial for the hero to ensure that they are on the right track.

Encapsulating the purest of desires, the innocent archetype yearns for a better tomorrow. Of all the jungian archetypes, they are perhaps the most hopeful, allowing them to become a stalwart defender of optimism and hope for a brighter future.

With that, their goal is to share this hope with others. In a world where we are easily led to negativity and downward spirals, the innocent serves as our light. Like children with the purest intentions, they yearn for utopia.

With that, they are naturally optimistic and trusting people. Regardless of one’s nature, they are able to almost surely impart their trust to others, with the solid hopes of contagiously yet positively infecting them.

Also known as the fool, this jungian archetype has a subtle understanding of life’s absurdity. Realizing the paradox of one’s existence, the jester archetype seeks to make fun out of it. Knowing that life itself has a lot of conflicting notions like building for a future that’s uncertain, the jester gives us that comical relief which allows us to carry on with this burden.

As such, their goal is always about savoring each moment. To do this, they ensure to create a good time for everyone, where laughs and smiles are present even in the most troubling of times.
With that, the jester is gifted with inner joy and freedom. Emanating from within, these gifts help the jester push further on their goal instead of being stuck and absorbed on the routinary and normal.

Seeing life as meaningful through lasting relationships, the lover archetype seeks to create one that never fades. As an archetype, they push further by having that goal of loving others and be loved as well in the process. For them, life’s meaning is often found in this area, allowing a dull life to have a color of its own.

For instance, lovers will cross worlds to get to the one that they love. Even when things are seemingly impossible, they will push forward, believing that nothing is impossible when two people are committed to each other.

With that, they are often gifted with passion and commitment. Knowing how difficult it is to create a lasting relationship, the lover utilizes these gifts to ensure that they will reach their goal. Unlike other jungian archetypes which may place their bias on anything else, the lover will prioritize the ones they love over everything else.

Seeking to transform the world, the magician archetype’s goal is to ultimately unravel the secrets of the universe. As individuals who can create and re-create realities, their transformative power can drastically improve the lives of people around them.

As such, their goal is to change reality. Given that there are anomalies in the world that they’re living in, the magician is continuously seeking new ways to address these issues. With that, they will be exploring the realm of the metaphysical just to find a new way to deal with problems.

To do this, the magician is gifted with the qualities of wisdom and non-attachment. Given their strong affiliation to the other world, they are usually adept at using these gifts mystically. Like magic, they can use science to turn water into wine, making them the ultimate magicians.

The member archetype seeks to contribute to a shared goal. Like cogs within a machine, the member will exert all their talents and efforts just to help people realize a shared vision. As such, they will excel in doing this as they perfectly fit into the system.

With that, they seek to create healthy communities. As they dedicate their time, treasure, and talents to enact a common goal, the member continually builds trust and deep connection with others. Showcased through the outputs, the member can quickly gain such confidence from people around them.

As such, their gifts are interdependence and realism. Like apes, who bond together in order to be reliable, the member seeks to utilize a realistic approach of cooperation and unity. After all, it is far easier to achieve a goal when you have people who can support you with it.

In reality, the goal of the outlaw is to change things for the better. Radically, they want to alter systems and institutions with the hopes of improving them. If necessary, they are willing to burn down and destroy institutions just to achieve this.

With that, their main gift is humility. Because they get to recognize mistakes and opportunities for growth, humility plays a big part in seeing and doing such. Without humility, one remains in their high horse, unable to see what’s wrong about the system.

Of all the jungian archetypes, the ruler archetype seeks to power the most. Because they need this power to enact their vision, the ruler will place their focus on achieving power in order to govern others.

As such, their goal is to achieve that aristocratic level of elegance and dominance on a social scale. By being governors and emperors on their own, they see themselves as fit rulers for others. With their guidance, they envision a prosperous society.

To realize this, they are granted gifts of control and responsibility. With these two qualities, the ruler is able to dominate in an efficient yet effective manner. Instead of becoming a tyrant, these qualities will allow them to become a contagious leader whose conditions and vision can easily influence others. Thus, the ruler can bring his/her constituents closer to the common good.

As the last jungian archetype, the sage archetype seeks wisdom. More than anything else, the sage focuses on pursuing and grasping wisdom. Knowing that they can never be omniscient, the sage sees this task as an eternal journey onwards.

With that, their goal is to have a deeper and more profound understanding of the world. Regardless of the field or subject, they’re interested in, the sage will exhibit the same qualities that make them great intellectuals – the ability to analyze and push further.

By doing so, the sage finds meaning in life. After all, what can be more meaningful than understanding life itself?

To do this, the sage is granted with the gifts of temperament and non-attachment. By hampering their feelings and instincts, they can focus on what’s objective and logical. This will bring them closer to their love for wisdom itself.

With these positive sides of the 12 Jungian Archetypes, we hope to have contributed a grasp to your overall understanding of such. By carefully studying the nuances between jungian archetypes, you are able to overcome the perception that we are merely individualized.

As such, we can make sense of the overall understanding in man. Being universal responses, these jungian archetypes helps us understand others on top of ourselves. Thus, connecting with them becomes seamless as we know people from a common universal source.