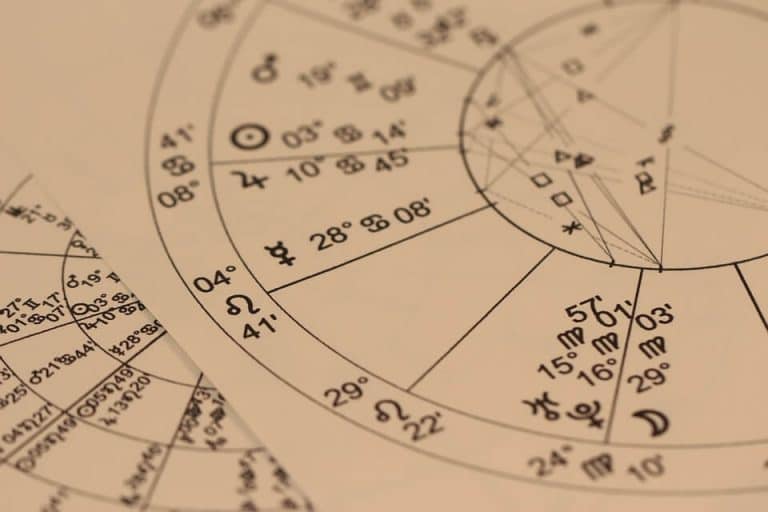 What the Yod in Astrology Means for You and Others

What the Yod in Astrology Means for You and Others

The birth chart is a map to some of the spiritual problems and tasks we may face in order to evolve, yet we all have the power to pick a good part of our destiny. A Yod, often known as the “finger of God” or “finger of fate,” is an unusual formation in the astrology charts of a small percentage of individuals. The Yod in Astrology is frequently seen in the charts of persons whose lifestyles are marked by passion and massive changes.

Everyone wishes to live a happy life with happy connections. Even so, life isn’t always easy, and being in a relationship isn’t always convenient. There will be challenges and conflicts. What is the best way of figuring out what they are so you can improve them? Astrology, your zodiac, and your “yod” in your birth chart may be able to help.

In this article, you’ll learn about:

What is the Natal Yod to you?

A Yod is rare and is considered “destined.” An inconjunct/quincunx aspect is difficult to interpret in any chart because the zodiac signs involved speak different languages based on element, modality, and polarity. As a result, they necessitate flexibility – for example, living with someone who shares your views, political preferences, and routines, making the quincunx aspect important to consider.

It’s the long, skinny isosceles triangle, edged in green and with a blue bottom, that looks like a witch’s hat. Similar to Grand Trines involving yod planets! The planet Saturn is indicated by a cross with a curvy bottom at the long end of the triangle; at the very bottom is the planet Neptune, whose glyph looks like a trident; and the planet Uranus is indicated by the glyph with the ring shape on the bottom and two outward-facing arms at the short end of the triangle.

The natural inclination of planets in opposition is to seek a point of moderation and compromise. This 150-degree quincunx component of the Yod’s problem is that it unites zodiac signs that have no common basis. As a result, there is no point of equilibrium, resulting in a frustrating cycle that impedes development or makes the person feel as though every decision they make is accompanied by a cost.

Furthermore, the Yod is said to represent “a time of crisis.” Because the three zodiac signs involved speak various languages when someone or something hits the Yod’s activation point. However, a person can respond to a challenge in a variety of ways. To solve the crisis, one of the two planets must act in a way that is counterintuitive to the sign’s essence.

Yods represent a family structure that has been passed down through the centuries. In addition, people with the “Finger of Fate” may feel insecure or have difficulty expressing themselves. They can end up in strange circumstances. Individuals with Yods in their horoscope are restless, have a strong feeling of their own unique mission, and feel compelled to be their true selves at any cost.

A Yod’s discomfort is more likely to show in the emotional and mental spheres. Yods may always feel as if some vital knowledge or piece of information is lacking, one that would allow them to overcome the nagging feeling that things aren’t quite right.

What does it mean for you and your relationships when you find a yod in your birth chart?

#1: Something or someone is impeding you

A mystical symbol for a problem, challenge, or dilemma in your life is called the yod. The two sextile planets represent something you require or desire, while the apex planet represents something that constantly messing things up.

#2: You can get to the bottom of your problem

If a fourth planet falls between the two sextile planets at the foundation of your yod triangle, the yod becomes a “boomerang yod,” and the “boomerang” planet reveals how to solve the yod’s problem. When the two charts with sextile planets are overlapped, one partner’s planet may combine with the other partner’s yod to form that partner’s ricochet in a relationship astrology reading.

#3: Something grand is one it’s way

Every two planets presently moving at the apex of the yod represents a period in one’s life when the concerns highlighted by the yod become more prominent. When this occurs, something significant usually occurs in a person’s life or, in the case of a relationship reading, in the life of the relationship.

#4: You’ll find the root of your problem

Planets forming and connecting to the yod’s apex is reflecting how the situation arose in the first place, particularly if the angle degree is stressful or hurtful.

For example, a 90-degree angle known as a “square” connects four planets to the long end of your yod triangle. These characteristics indicate issues you experienced as a child, how they are influencing you now, and what is preventing the relationship from succeeding.

So we have a detailed picture of a significant problem or issue in a person’s life in the astrological yod – notably if there is a boomerang, or if another person’s chart contains a planet that produces a boomerang with the yod.

A professional astrologer who asks you the correct questions can tell you what the problem is, how it began when the issues will become significant in your life, and what you should do to resolve them.

#1: Its prominence in your natal chart

Those with a yod in their natal chart are said to have a significant mystical force at work in their lives. They are compelled to serve a specific but unknown task by this power. There’s a strong urge in your natal planet, and they can become obsessive and fixated on achieving their goal. Yods are a pain to deal with. A yod in your life is pointing out an issue, dilemma, or anomaly.

A yod, like each other closed arrangement in a horoscope, requires activation. The mid-point between the planets in a trine or sextile aspect is the activation point of a yod. Assume your Sun is at 15° Gemini, Saturn is at 15° Aries, and both are quincunx the Moon at 15° Scorpio.

The exact midpoint of the Gemini Sun and Saturn in Aries, or 15° Taurus, would be the activation and focus point for this yod, made to trigger major life events. This sign and degree are seen to be the link between the apex planet and its supporting foundation, as it adds an important missing aspect.

#3: The Progressions and Transits  that Activate a Yod

The energy of a yod is turned on when an advanced planet or transiting Pluto, Neptune, Uranus, Saturn, or Jupiter conjoins its activation and focus point. There are several different ways to react to your transiting planets, but frequent feelings include loss, sorrow, depression, and hopelessness.

In reality, the person is being forced to grow and internalize a large number of lessons without even knowing it. Once the yod is triggered, it will be activated again and again by a sluggish planet colliding with one of the yod’s three founding planets. Every transit will bring the yod to life and present new hurdles for the person to conquer.

#4: The Yod Example by Ted Turner

Ted Turner’s Ascendant is conjunct Mercury, the planet of communications, in futuristic Sagittarius. Mars, the planet of activity and energy, is in Libra and in his 10th house (career). His Uranus, the planet of brilliance, creativity, and independence, and the North Node in the stable earth sign of Taurus in the 5th house are shooting quincunxes to Mercury and Mars.

Taurus’ creative qualities, along with the North Node and Uranus in Taurus on the cusp of the fifth house, made him a creative genius bound to do something both pragmatic and groundbreaking.

To make a yod, the orbs of influence must be practically perfect, no more than 2° for the quincunxes. As a result, numerous yods in a natal chart are uncommon. Even so, it’s possible that one or two of the same planets are present. The yods are linked by these shared planets. Multiple yods can be compared to a duo tussle taking place within a person, wherein the numerous players take turns provoking the individual.

A golden yod involves something that is similar to a yod, but it has a more harmonious tone. When one planet makes biquintile (144° aspects) with two others divided by a quintile (72° aspect), it is called a golden yod. The quintile divides the 360° circle into five equal halves, forming a Venus pentagram, which is thought to be a form of astrological enchantment and good fortune charm. An inverted pentagram, on the other hand, is frequently connected with Satan and dark magic.

#7: Benefits of the Golden Yod

Quintiles and bi-quintiles provide extraordinary abilities and powers that motivate people to excel in whatever they set out to do on this planet when the golden yod occurs. Due to its association with the planet Venus, some astrologers see a Golden Yod as a very creative arrangement that suggests artistic potential. The quintile and bi-quintile are considered good by most astrologers, therefore a Golden Yod is considered beneficial as well.

A negative potential, which may be seen in the charts of many famous people, is another option. Yods of all kinds signify amazing abilities that can be used for good or evil, and a life in which people and events constantly drive the person toward completing their “destined” mission. Nonetheless, it is more important to consider how an individual uses energy and whether the planets comprising the key characteristics are in any way harmonious.

Synastry can also result in the formation of a yod. A yod is formed when a person with sextile planets illustrates in their birth chart meets someone with a planet in their birth chart that sits opposite the sextile’s midpoint or vice versa. When the two people are together, this yod will be activated. This is probably a relationship worth remembering, but one you’d prefer to overlook.

#10: A Remarkable Gift from the Universe

Individuals with yods are continually aware that they have a mission to complete. It’s almost as if they made a vow before they were born that they would do this even if it meant death. Furthermore, it won’t kill them, but it will turn into an obsession and a problem they must deal with until it is rectified. Only then can they realize what a great gift a yod truly is.

You might be one of these yod bearers. Also, you may find it extremely beneficial to get in touch with this rare astrological aspect that gives you extraordinary powers.

Which important considerations for the yod aspect pattern did you find most enlightening?