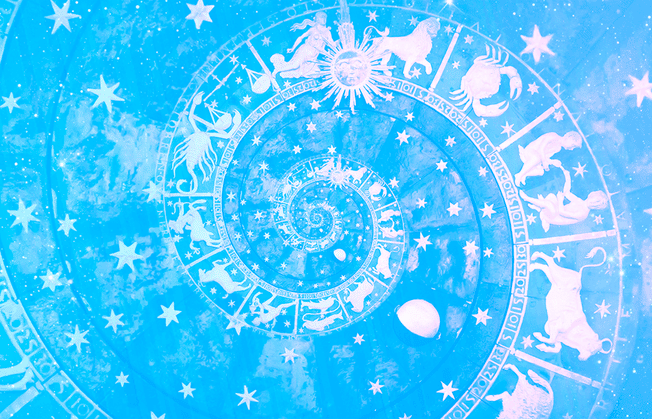 A Beginner’s Guide to the 12 Zodiac Signs

A Beginner’s Guide to the 12 Zodiac Signs

“What is your zodiac sign?” On a date, by a friend, or by an adversary, we’ve all been asked this. Whether or not you’ve read about the different zodiac sign elements, you know yours. If you weren’t intrigued about astrology, you wouldn’t be here. Astrology uses the placement of planets and stars to foretell one’s psyche and life. Each of the 12 zodiac signs have unique personality traits, strengths, weaknesses, and characteristics. If you’ve ever wondered, “Why are you like that?” now you know.

Most people refer to your Sun sign when they ask about your zodiac sign. This relates to your personality and psychological profile, revealing what you value most. Astrology says you’re cosmic because you contain all the stars, especially when considering your sun sign, moon sign, and rising sign or ascendant sign. Are you ready to get to know your zodiac signs better?

Aries rules the zodiac because of its audaciousness, pioneering spirit, and daring nature. They have a fearless and exploratory spirit, and they have no qualms about venturing into uncharted territory where others would be unable to go. Aries are essentially children at heart; they are vivacious and assertive, and they are overflowing with passion for life.

They can easily become angry, but at the same time, they are just as ready to laugh and go on. These individuals typically possess traits such as ambition, activity, and honesty, and they are willing to expose themselves to every opportunity that life has to offer. Aries are free-spirited individuals who take pride in letting the world see their fiery personalities.

A Taurus is sensual, determined, and devoted, and they place the utmost importance on having a secure and stable home life. They appreciate the more refined aspects of life and are drawn to activities that allow them to fully use all of their senses. They are attracted to things of beauty and pleasure and put their full effort into pursuing the things in which they believe.

These individuals are known for their exceptional work ethic and their preference for a no-nonsense approach to life. Because of this, they are frequently very good with money and are able to bring wealth to them like a magnet once they have focused their skills and talents. This tenacity permeates every aspect of their lives, and they are also hopeless romantics who look for love that will last a lifetime and satisfy romantic partnerships.

Taureans, on the other hand, are notoriously averse to change, which can make them quite unmovable when it comes to shifting their perspectives. In the end, though, they are people who are friendly and gentle as well as incredibly dependable.

Geminis are naturally curious people who are quick-witted, energetic, and interested in everything. They have a very cerebral perspective on the world and are always eager to acquire new knowledge about everything and everybody. Because they are such skilled communicators, they have the gift of being adaptable and versatile when it comes to interacting with other people.

They may have two sides to their personality, albeit one is the one that they portray to the world, and the other is the part that they keep hidden from it. These two sides are represented by the twins. They process things via their thoughts rather than relying solely on their feelings, which allows them to easily adjust to any circumstance they find themselves in.

Cancers are sensitive, empathetic, and responsive individuals who frequently put their whole hearts into everything in which they believe. On the other hand, like a crab, they have a tough exterior that needs to be broken through in order to reach their most vulnerable side. These individuals typically have a very nurturing nature, placing a high value on domesticity and the bonds of family.

It is essential that they construct a home that is reliable and secure for them because they require a significant amount of downtime to refuel their batteries. Cancers are considered to be exceptionally moody and temperamental, though, due to the fact that they are strongly influenced by the people, energy, and circumstances that are in their immediate environment.

Leos are imaginative, extroverted, and dramatic people who enjoy experiencing life to the fullest. They typically have innate confidence as well as a radiance that allows them to effortlessly establish themselves and stand out from the crowd. This gives them the capacity to shine. They frequently have a strong desire to be acknowledged for everything that they have contributed to the world, which can at times manifest as pride or arrogance.

Notwithstanding this, Leos have a reputation for being incredibly devoted, romantic, and artistic. They feel compelled to vividly express the fire that burns within them. Also, they have very huge hearts, and as a result, they are often quite generous to those people who they believe are deserving of their affections.

Virgos are incredibly gifted at analyzing the specifics of any issue and coming up with strategies to address any challenges that arise as a result of their findings. They are also known for their hard work and meticulous nature. They have an innate ability to arrange things and place a high emphasis on reliability, productivity, and consistency.

Also, they put a significant portion of themselves into their objectives and plans, yet they can become extremely critical if things do not turn out the way they had initially anticipated they would. This need for perfection has the potential to turn into an unhealthy fixation.

Despite this, they are typically able to bring order out of chaos no matter what the circumstances are, thanks to their dogged determination and intellectualism. In the end, Virgos are people who are compassionate, grounded, and trustworthy, and they are pleased to assist someone they care about who is in need.

Libras are known for their charm, social skills, and ability to negotiate peaceful solutions to conflicts. They want everything in life, including their relationships, to be on an even playing field. In addition to this, they have an innate propensity to embellish their environment with attractiveness and elegance.

Also, because they are hopeless romantics, they have an insatiable appetite for love affairs and partnerships, and when they discover someone they genuinely admire, they go headfirst into marriage. On the other hand, this may occasionally cause them to become dependent on each other.

Librans have a natural talent for communication, and they are also skilled negotiators. They have a propensity to process their emotions intellectually, but at the same time, they are people who are highly sensitive. Because of this, they will do anything in their power to avoid a contentious situation, and this might make it difficult for them to make decisions.

Scorpios are the “all or nothing” types of people because they are intense, passionate, and cunning. They use their strong minds and auras to exert control over situations as well as the people in their lives. Also, they are naturally gifted with the capacity to enchant others. They are prone to brooding at the extremes of their sentiments due to their profound emotionality.

Above all else, they have a voracious appetite for intimacy and psychological depth, and they approach the world as if it were a game in order to triumph over whatever it is that they have their sights set on. Scorpios have a characteristic that makes them impossible to refuse, yet they can also be incredibly secretive, sexual, and subtle.

They are also notorious for being very set in their ways and unyielding in the pursuit of their goals until they are successful. Scorpios truly value metamorphosis and rebirth via their heart, regardless of whether a situation develops for the better or for worse. This intensity may appear alarming, but Scorpios actually value these things.

Sagittarians are enthusiastic, spontaneous, and adventurous individuals who crave expansion and exploration more than anything else. They defy being confined and have an insatiable appetite for everything that life has to provide them. Also, they have a propensity to be nomads, always on the lookout for new concepts, connections, and experiences that can enlighten them on both themselves and the wider world.

However, because of their impulsive and restless character, they could find it difficult to concentrate on one thing, or they might be afraid of committing to something or taking responsibility for something. Sagittarians are born with an innate sense of independence, and the joyful energy that comes with this comes with it a natural sort of luck.

Capricorns are ambitious, reserved, and patient individuals who have the ambition to construct a life that has a strong foundation. This typically causes individuals to become exceptionally hard workers who are laser-focused on advancing their careers and achieving financial success. Nevertheless, they place high importance on stable, long-term partnerships as well as a domestic life that includes elements that give the impression of being personal accomplishments.

These are highly disciplined and dedicated individuals, although they can be severe in their approach at times. They may be less emotionally vulnerable than other people because of their inherent sense of pragmatism; they may be unwilling to allow themselves to be sidetracked by their feelings when it would be simpler to confront the facts. However, despite all of this, Capricorns typically have a strong sense of humor in order to interact with others more effectively.

Aquarians are frequently strongly focused on their thoughts and convictions because of their intelligence, independence, and capacity for reflection. They have an insatiable thirst for information in order to more firmly establish their idea of how the world and society function in their immediate environment.

Once they have arrived at their fundamental analysis, however, they will not budge from their position and will remain open to investigating new ideas. On the one hand, this might give them a sense of brilliance for studying more about life and people; nevertheless, on the other hand, it can just as easily turn an Aquarian stubborn and close-minded in the end.

Aquarian folks are highly social. They like to portray themselves in a manner that differentiates them from the general populace by suggesting that they are one of a kind, unusual, and imaginative.

Pisces are frequently old souls because of their imaginative, intuitive, and emotional natures. They have a natural connection to the magical and spiritual world, and as a result, they are frequently drawn to experiences that are profoundly passionate, artistic, or transforming. They are particularly empathetic and sensitive, and they frequently put the requirements of others ahead of their own wants.

Additionally, they have a lively social life that is full of a variety of interesting individuals and are wonderful friends to one another. They have a high level of empathy and can pick up on energies that the majority of people ignore.

On the other hand, due to the large amount of information that kids are frequently exposed to, this can sometimes cause them to feel overwhelmed or impressionable to others. When this happens, Pisceans have a tendency to ultimately break free and swim along onto a new voyage, never being scared to remake themselves in the future.

The 12 Zodiac Signs can be found in anyone’s natal chart. You can even look at the Chinese Zodiac or Chinese Astrology, Sidereal Zodiac, Indian Astrology, Vedic Astrology, and Tropical Zodiac if you want to consider other types of astrology to apply to your life.

Does anything regarding these 12 zodiac signs interest you?