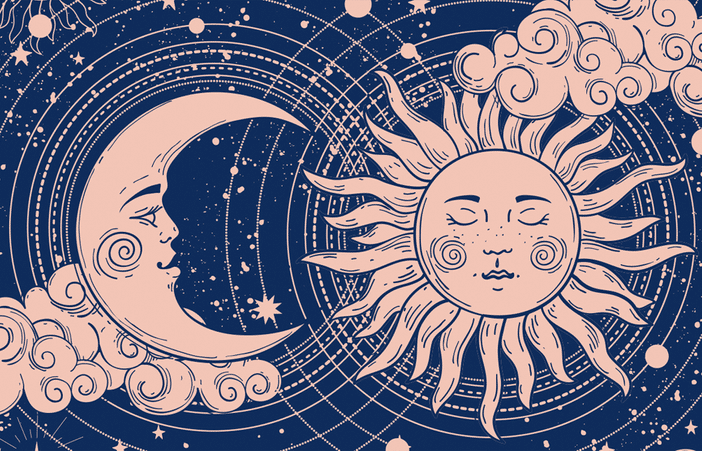 What is astrology science? Is there any truth to astrology? It’s a fun way to pass the time, but is there any evidence in the scientific community that it actually has any bearing on reality? If you are determined to devote yourself to a good cause, inspiration will come to you when you least expect it. When your self-control is challenged by an interruption that is familiar to you, you run the risk of encountering difficulties.

Something that at first glance seems to have no significance may actually have a valuable lesson. Astrology could appear scientific when viewed from a certain angle. In the same way that scientific theories generate expectations, some people turn to astrology in order to generate expectations regarding upcoming events and the personalities of other people.

In addition, there are many who maintain that astrology is backed up by evidence, which they define as the personal experiences of those who believe the practice to have been beneficial to them. But despite all of these scientific-sounding pretensions, can concerns about our world truly be answered by consulting astrology?

The Study of Celestial Bodies by Ancient Astrologers

There are as many as 70 million people in the United States who check their horoscopes every single day. At least, that is what the American Federation of Astrologers has to say about the matter. Twenty-five percent of American adults, according to a survey that was conducted by the Pew Forum on Religion & Public Life twenty years ago, felt that the positions of the stars and planets in the sky have an effect on our day-to-day lives.

Astrology is the belief that astronomical phenomena, such as the constellations in the sky at the time of one’s birth or the fact that Mercury is in its retrograde phase, have the power to influence the day-to-day occurrences in our lives as well as the characteristics that we possess as individuals.

This is a completely different field of study from astronomy, which would be the scientific study of heavenly bodies, space, and the mechanics of the cosmos. This is a very distinct field of study. It is obvious that a lot of individuals are looking for different ways to obtain guidance from the stars. Understanding where the stars are located in the sky is the basis of astrology, which on its face appears to be a scientific enough endeavor in and of itself.

The Significance of Thought Astrology

There are alternative theories with it comes to zodiac signs and their elements. These involve the planetary movements of each zodiac sign in your birth chart as well as the celestial objects. The new age movement consists of extraordinary claims when it comes to the science of star signs.

High school students are the most obsessed with their zodiac sign in this material world as they see this as a form of self-reflection that transcends their free will as this new age progresses. They look to the night sky of the material world to explain the events on earth. This is what they do in terms of making sense of the things they experience.

The fundamental idea behind astrology is that celestial bodies, such as the sun, moon, planets, and constellations, either have an effect on or are associated with events that take place on earth. Additionally, the practice of astrology makes use of a system of laws about the relative locations and movements of heavenly bodies.

This is in order to provide predictions and explanations for events that take place on Earth as well as human personality characteristics. For instance, according to one school of thought in astrology, a person who is born shortly after the spring equinox has an increased likelihood of going into business for themselves.

How scientific is astrology?

Some astrology expectations are so vague that any outcome may match them; if viewed this way, astrology is untestable. Some have utilized astrology to predict natural events. According to astrology, one’s zodiac sign affects respect and authority. Since these attributes are crucial in politics, if astrology accurately explained people’s personalities, scientists would have zodiac signs “favorable” to science.

Astrology does not require sharing and assessing outcomes. An astrologer can go their entire career without presenting or publishing. When astrologers publish, their publications aren’t peer-reviewed or published in scientific journals. After failing to prove astrology’s veracity, scientists ceased studying it.

There are no reported cases of astrology advancing science. Scientists don’t wait for others to test their theories. Instead, they test their ideas, create counterarguments and alternative hypotheses, and abandon ideas when warranted by the evidence.

What else do ancient astrologers have to say about the science of astrology?

Astrology has been very robust throughout the development of science. When Copernicus rearranged the sky in the early 16th century by replacing the Earth with the sun as the center of the cosmos, relegating our home to the status of a mere planet, you could suppose that it would have been dealt a sucker punch.

Up until the early 17th century, this concept was the subject of considerable debate; nevertheless, the observations and arguments advanced by the likes of Kepler and Galileo, and later by Isaac Newton, contributed to making the Copernican model universally accepted by the end of the century.

This was not the first time that astrology had been presented with a situation that should have been considered an existential crisis. Hipparchus‘s discovery of the so-called precession of the equinoxes, which is the roughly 26,000-year rotation of the constellations relative to the Earth, ought to have been a significant obstacle to it as well.

Skeptics may argue that this merely demonstrates how unscientific astrology is by demonstrating that it can be molded to fit any scenario. On the other hand, you may see it as a sign of how tenaciously our minds hold to concepts that are regarded as being valuable.

Astrology science is very difficult to comprehend completely and explain but that is totally fine. As we try to understand why things happen in the world, we also get the opportunity to look to the heavens and ask for guidance through our experiences.

Do you think astrology is scientific? If yes, how so?