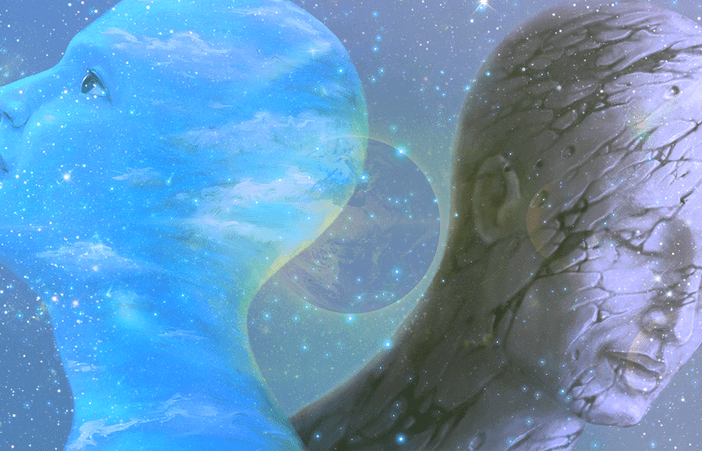 The Divine Connection Between Depression & Spirituality

The Divine Connection Between Depression & Spirituality

Others who felt supported and aided by their spirituality held fast to the belief in a loving, forgiving, and kind greater force. This has the potential to be a fantastic source of solace in times of depression. Spiritual beliefs somehow make our mental health issues easier to bear with as you may find that a religious belief can provide you some sort of solace.

How can spirituality and depression affect you?

Whenever religion or spirituality works against one’s well-being, it contributes to dysfunctional beliefs, anxiety, and depression, among other symptoms. The religious idea that ‘good behavior leads to heaven, and bad behavior leads to hell’ had been ingrained in some people since they were infants.

When they were children, this concept had been both terrifying and unhelpful to them. Nonetheless, such early signals may need to be questioned as part of the process of maturing into an adult and recovering from a depressive episode. For example, one young man in his thirties made the decision to abandon Christianity because he struggled with the concept of sin,’ as well as the fact that he never felt a personal connection to Jesus during his childhood.

Some people believed that prayer may have a healing impact on the body. When one woman began to pray, she found solace in the knowledge that God would always sustain her and not allow her sorrow to continue, despite the fact that she had been suffering from severe and prolonged spells of depression.

Although people might perform formal prayers, they were not required to be familiar with specific prayers. A higher power may simply be addressed as if they were speaking with another person or a therapist who is no longer there. Many people asked others to pray for them, for example, when they were unable to pray for themselves due to illness.

How does your religious belief affect your mental health?

The following was a question that many people had: “Why does God allow people to suffer so much from depression?” People in recovery who held religious beliefs have found answers that enabled them to take better care of themselves and their loved ones. When everything seemed to be in a tangle and confused, many people turned to God for help.

For one evangelical Christian woman who pled with God in the midst of her anguish, “Give me the tune and I’ll sing it,” was her response. Her ultimate realization was that she needed to put her faith in God’s plan for her life. People who hold religious beliefs have occasionally admitted that people may never be able to determine the source of their sorrow.

Depression can make people question their beliefs in ‘God’ and make them distrust him. Nonetheless, one young woman who had little faith in God believed that, according to the laws of karma, things would have to become better for her after everything she had undergone since infancy, and she later had numerous lucky encounters as a result of her belief.

Furthermore, a lot of persons, both with and without spiritual beliefs, reported that they had changed for the better after dealing with depression, which was documented in the research study. This is why it is also important to consult a mental health professional at an urban clinic when it comes to seeking support as a clinically depressed person.

What are the signs of depression?

Although there is no widely accepted list of indicators of spiritual depression, those who are experiencing spiritual depression frequently report feeling distant from God or as if they have been cut off from God. You might be experiencing some confusion or irritation with your faith, or you might feel unable to communicate with God, or you might believe God no longer hears your prayers.

It is possible that these feelings will cause conflict in your personal relationships as well. Exacerbating your irritation and pain is the feeling of being unable to express your troubles with your partner or the belief that they will not comprehend what you are going through if you do share.

What are your depressive symptoms?

Although depression manifests itself in a similar manner to other mental illnesses, these symptoms are not always related to your religious or spiritual beliefs. Rather, they’ll manifest themselves in almost every aspect of your existence. Identifying depression signs might be difficult when you are dealing with other issues at the same time. Having said that, depression is more than just feeling down on occasions.

You’ll most likely notice several of the following symptoms if you’re suffering from depression:

Situations or events in life that are challenging can frequently cause emotions of depression to emerge. Distress that begins as more of a spiritual depression may gradually progress to something more chronic and significant in its severity and duration.

Furthermore, it is completely conceivable to suffer from both spiritual depression and clinical depression at the same time, if not more so. A break from the spiritual connection that normally comforts and sustains you can leave you feeling hopeless or guilty, as well as depleted of your passion for ordinary activities.

What are the causes of depressive symptoms?

Having to deal with the usual hardships and stressors of everyday life might cause spiritual discomfort in some people. Job loss, financial challenges, family or relationship issues, acute or chronic bodily or mental health concerns, and anxieties about the future are all examples of obstacles that people may encounter. In addition, any of these difficulties can be a contributing factor to depression, but depression can develop without a specific trigger or source.

#2: Refusal to move on from past sins

Everybody makes blunders or mistakes from time to time. It’s just a normal aspect of being human. Despite this, certain blunders can stay in your memory even after you have tried to move on.

While trying to move on from a previous or present mistake, you may experience unabating emotions of guilt and other spiritual distress – even after you have sought forgiveness for your actions.

When dealing with significant depression, it’s vital to remember that a tendency to dwell on past mistakes and regrets can also manifest. If you’re having problems navigating this distress, seek help immediately.

When you have less time for God and your normal religious activities, such as prayer, Bible study, worship, and other church activity, you may experience spiritual sadness. The over-involvement in so-called worldly concerns such as jobs, hobbies, and entertainment, as well as social activities according to some religious beliefs, is said to be a contributing factor to this phenomenon.

It’s completely acceptable to spend time on any of these things on a regular basis. Your life should be well-balanced, and it is beneficial to divide your time between work, resting, visiting with family and friends, and enjoying delightful relaxation. That being said, if spirituality is a significant part of your life and your day-to-day concerns leave you with less and less time for God, you may find yourself feeling depressed.

Whenever you witness pain and suffering in your surroundings, whether in your own environment or in other areas of the world, you may begin to wonder why God allows people to go through sadness, misery, and despair. When you have experienced a personal loss or tragedy, you may also be filled with sentiments of wrath, confusion, and uncertainty.

This doubt, whatever its source, might cause you to feel separated from God, if not forsaken entirely. You might begin to ponder existential issues such as the meaning of pain, your life’s purpose, and the presence of greater power, among other things.

It is possible that you will feel ambivalent about your spirituality while you fight with these thoughts, and that you will find yourself simply going through the motions during times of church or prayer. In addition to depression, existential thoughts can lead to a state of being where you are simply going through the motions of everyday life with no genuine interest.

When confronted with issues and difficulties, you may be prompted to evaluate how your own activities contributed to the problems and difficulties you are experiencing. Afterward, you might want to start thinking about how you might deal with them. Even a small amount of self-examination can provide valuable insight into decisions that will be more beneficial in the future.

In addition, taking measures to find solutions to your difficulties is always a positive start in the right direction. Nonetheless, spending an excessive amount of time dwelling on what you think to be your defects and failings, or continually cycling through underlying anxieties that are difficult to overcome, may only serve to exacerbate your distressing feelings.

Rumination, often known as repetitive dark, sad, or negative thoughts, has been linked to depression in studies. This implies that excessive concentration on spiritual anxieties or worries, particularly when you are unable to provide clear answers, might lead to an intensification of spiritual sadness.

How to overcome depression with spirituality

These emotions are frequently triggered by a variety of circumstances. It is possible for major depression to emerge (or worsen) in the absence of any specific causes or triggers. If you are experiencing spiritual depression, you can attempt to overcome it even if you are unsure of the source of the depression.

The Christian has most likely learned to put his or her trust in God when faced with a difficult situation. Sometimes just having faith in one’s own abilities can be enough to pave the way toward overcoming emotions of spiritual despair. Another solution that is frequently recommended is positive self-talk.

You could use vocal reminders or a daily journal to do the following:

It’s not uncommon to be haunted by regrets from the past, especially if you’ve caused someone else emotional distress. Yes, it is necessary to express regret and make an effort to make amends.

But it’s also vital to forgive oneself, and using the opportunity to learn from your mistake can be really beneficial in this regard. Sharing your depression with your religious leader can also be a beneficial method to receive more guidance.

Your mental health is very important as well as the higher power that you worship. Mental health and religion go hand in hand which is something you should consider when it comes to a major depressive disorder.

Do you believe that your higher power is speaking to you through this article?

Tell us your thoughts in the comments below!