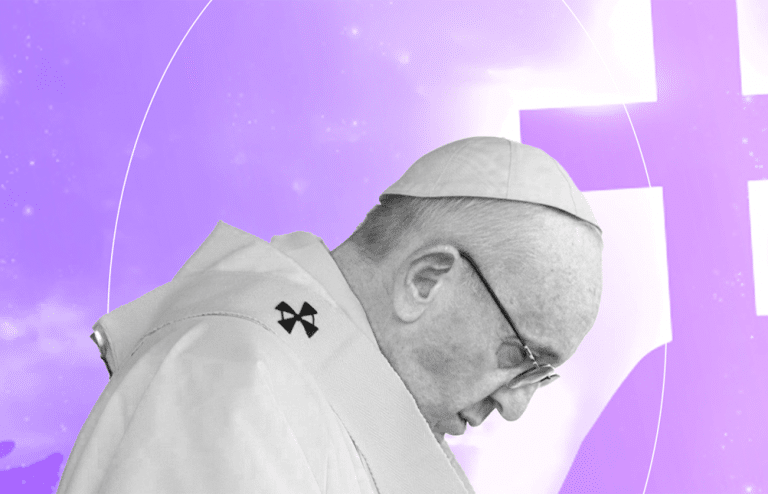 Everything You Need To Know About Christian Spirituality

Everything You Need To Know About Christian Spirituality

It is the Christian life well lived with a certain intensity that constitutes the spiritual life. As the sincere reply of man to God’s love revealed in Christ, it is characterized by loving knowledge of God and service to one’s compatriots as a member of the Sacred Body of Christ, which is a community of believers. Christian spirituality begins with the acceptance of God’s word through faith.

Prayer and activity are both vehicles for the manifestation and development of God’s love, which reveals itself in prayer and activity. It’s really the subjective integration of the concrete, theological facts of revelation, as well as living in charity as a result of this assimilation. The term “spirituality” has become increasingly popular in recent years. What exactly does it mean?

In addition to spiritual techniques such as meditation, it advocates living a life characterized by a sense of purpose, values, possibility, and transcendence. However, despite the fact that the term is used in a variety of religious contexts and by those who do not hold religious views, its origins are Christian and allude to living one’s life under the influence of the Holy Spirit. Curious to know more about this?

What is Christian Spirituality for you?

First and foremost, it is critical to recognize that there is a distinction between religion and spirituality. Even though the word ‘spirituality’ has its origins in Christianity, the definition of the word has evolved over time. Even if someone can be spiritual without being religious, most people who are religious will also be spiritual in most cases, and vice versa.

People who practice Christianity engage in practices that are based on the Bible in order to draw closer to God. For example, fasting and prayer are both considered to be spiritual practices. In Christianity, spirituality is defined as the practice of one’s faith in daily life. Similarly, the concepts of change and mission are profoundly established in Christian thought.

A mission can refer to a variety of activities, such as a pilgrimage or travel. Going into the desert and fasting, for example, was something we discussed in the classroom. It can also refer to activities such as discipleship.

They go through a spiritual shift as a result of the mission and want to become closer to God as well. In terms of what change actually looks like, different interpretations exist, and in some situations, it is portrayed as proceeding through various stages. The practice of Christian spirituality is something that people can engage in in order to better understand themselves and Christianity.

Why should you learn more about Christian Faith?

Christians’ spirituality today, in purposefully multiple worlds, has a particular data whose beginnings are found in the Jewish and Christian scriptures.  Christian spirituality is related to adhering to the teachings of Jesus Christ or modeling one’s behavior after his principles. The primary New Testament term for this is “discipleship,” which is comprised of two major components.

First and foremost, there is an appeal for personal reform (conversion). Secondly, Christians are to carry on the mission of Jesus, which is to reform the world and to establish the kingdom of a loving God on the earth. In this basic sense, Christian spirituality is preoccupied with the transformation of society by its very nature.

It goes without saying that one of the things that distinguish Christian spirituality is its fundamental beliefs—in other words, how it interprets the reality of God, the value of the physical realm, human nature, and identity, as well as how these are intertwined with one another.

What is the origin of Christian Spirituality?

The vast array of spiritual traditions and literature that exist within Christianity have their origins in many historical periods and locations. However, they are always being revised and updated in response to changing historical and cultural situations. Scholars have occasionally found it beneficial to distinguish between distinct varieties of Christian spirituality.

Their selections are diverse, and the types they use are more interpretative tools than clear descriptions. “Types” assist us in distinguishing between different forms of spiritual insight. The ascetical type, which is sometimes linked to monasticism, emphasizes the need for discipline and separation from temporal pleasures as a means of achieving spiritual development.

The mystical kind is characterized by the longing for an immediate sense of God’s presence and intuitive knowledge, which is commonly achieved through meditative practice. The active kind supports everyday living and service to others as a background for spiritual growth, while the passive form is more passive.

In the aesthetic type, there is a broad range of methods in which the spiritual journey is conveyed and developed by the visual and performing arts, as well as through music and literature. The prophetic type of spirituality, on the other hand, is characterized by an express commitment to social justice and the development of society.

Why are Christian Faith and Christian Spirituality a field of study?

Christian spirituality has emerged as a prominent field of investigation. In addition to biblical, theological, and Christian history as its foundations, it may also draw on psychology, sociology, literature, and science to further its objectives. The study of Christian spirituality is also “self-implicating,” in the sense that it is not studied in a purely hypothetical manner, but rather incorporates a quest for practical wisdom as part of its overall goal.

At the same time, fundamental concerns of social and cultural development are increasingly being addressed by the traditions of Christian spirituality, such as interreligious dialogue, peacemaking, reconciliation, environmental issues, the future of cities, commerce, and the significance of healthcare.

This is a personal commitment a person makes for themselves because they believe the Bible calls out to them through God’s spirit which will influence a person’s life. You can choose to dedicate your whole life studying about the Orthodox Church or Catholic Church, the Lord Jesus, God/God’s spirit, the Virgin Mary, as well as Christian practices based on the old or new testament.

#1: The Disciplined Way of Life

The Way of Discipline is based on the concept of asceticism, which can be translated as discipline or training (Sheldrake 19). It often entails doing something tough for an extended length of time, which necessitates a significant level of discipline in order to achieve.

Aspects of monasticism are also present, in which people dedicate their lives to Christian spirituality while attempting to detach themselves from things such as material possessions.

The Mystical-Contemplative Way is an attempt to be in God’s presence, which might include practices such as meditation and prayer. When describing the transition from life on Earth to being with God in heaven, it is commonly referred to as a journey.

#3: The Method of Taking Practical Action

Practical Action is characterized by people’s attention being drawn to ordinary things in the world and their attempt to find God in them. People attempt to get closer to God by modeling their lives after Christ’s and concentrating on the spiritual components of the world around them.

#4: The Path of the Beautiful

The Path of the Beautiful is distinct from the other ways in that it concentrates on the relationship between the arts and spirituality rather than the other ways in general. A view of God and the manner they see the universe can be expressed via art by artists from time to time.

When it comes to aesthetics, which in Christian Spirituality refers to how we experience the world via our senses, this practice is one of the most important focuses to have. Ultimately, it is about recognizing the beauty of God in just about everything.

The Prophetic Way is a spiritual path that focuses on both mission and transformation while maintaining a spiritual perspective. This school of thinking asserts that we should live for our neighbors and that if we solely live for ourselves, it is a sin in and of itself. We must make a conscious effort to live in such a way that our lives can be of help to people around us.

Also involved is the idea of becoming a prophet of Christian Spirituality and attempting to improve the world and society. The ultimate purpose of this activity is to bring about social transformation in the world. This indicates that, through the actions of a single individual, they attempt to have a beneficial impact on a large number of people.

Not only the Bible calls for Christian Spirituality but you should quit your self-denial and allow yourself to commit with your whole body, heart, and soul to your spirituality for Christianity. You should embrace who you truly are and enhance your life through your Christian beliefs and practices.

Which effect on your spiritual life do you find to be most evident in your life nowadays?