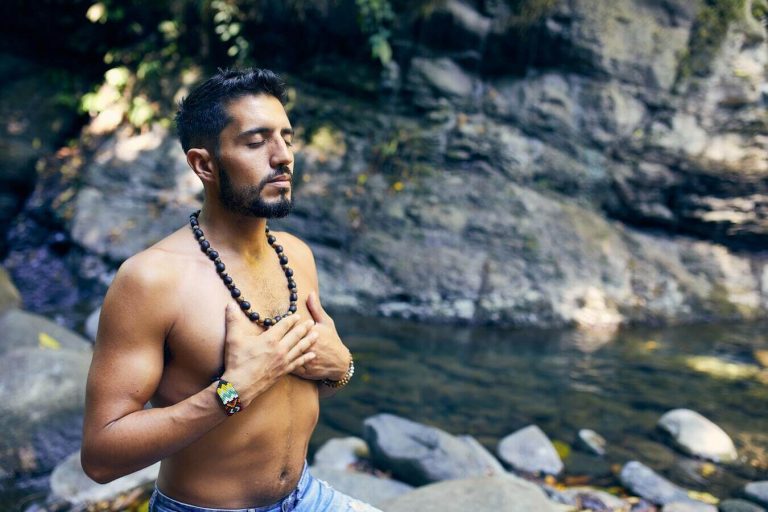 Spirituality vs Religion: How are they different?

Spirituality vs Religion: How are they different?

Even religious people and spiritual leaders have a difficult time determining the difference between religion and spirituality. However, the two concepts still go hand in hand even though make them out to be completely separate. They still have moral rules, they both entail spiritual growth and self-discovery, believing in a higher power as many religions do.

The world today is able to grasp the fact that religion and spirituality may be incredibly similar but remarkably different as well. This is because they also have defining characteristics that make them differ from one another. There are certain public rituals that can be seen as spiritual but not religious. As well as a certain traditional religion can be seen as religious but not spiritual.

You may know religious practices that greatly contrast spiritual practices depending on the religious attitudes you may witness. Human beings are able to create new belief systems that further reinforce the idea that religion and spirituality are two entirely distinct from each other. History claims that there are no differences between both concepts, however, there is no single religion that has the exact same spiritual practice. Want further enlightenment on spirituality vs religion?

What is Religion and Spirituality to You?

Religion is an organized set of beliefs, cultural systems, and worldviews that connect humanity to a higher order of existence. Numerous belief systems have narratives, symbols, and spiritual legacies that seek to explain the purpose of life and the universe.

People derive morality, ethics, religious laws, or a favorable way of life from their beliefs about the universe and the human condition. Several religions have clergy, a term of what defines faithfulness or affiliation, sacred places, and religious texts.

On the topic of Spirituality, our basic nature is bliss, which is the essence of the Spirit within us, and we all yearn to be in this state. It’s also why we all seek happiness in life and pursue different things that we believe will make us feel good. However, with the stresses and strains of modern life, we all know that “happiness” is uncertain and superficial.

Thereby, spirituality associates with understanding the essence of the Spirit and returning to classifying with the Spirit. Experiencing it as your true nature. Hence, Spirituality is a vast science that teaches us how to be happy.

Religion’s organization is one of its distinguishing features. It is a systematic, frequent principle structure that governs the behavior of its members to some extent. The systematic structure that incorporates the religion’s specific belief system is made up of moral rules, laws, and doctrines, as well as specific codes and criteria.

This isn’t always a negative thing. Subsequently, in more crisis situations, the rules and ideology of religious dogma did help to provide society with a sense of understanding. All while also guiding and comforting those who appear to lack faith.

Spirituality, on the other hand, breaks free from the constraints and strict structures that are sometimes found in traditional religion. The spiritual seeker understands that they are on a “pathless journey” of self-discovery. They are pursuing their own inner call to the spirit rather than a set of peripheral guidelines.

Through this manner, spirituality can feel like a defiant act of going out alone and leaving the faction. In the ethos of American philosopher and author Ralph Waldo Emerson, who asserts that “To be yourself in a world that is constantly trying to make you something else is the greatest accomplishment.”

Spirituality vs Religion: The Importance of Knowing the Differences

You need to be aware of the fact that religion isn’t all about “church attendance” and spirituality isn’t just all about “external authority”. The two differ immensely, as you can see with the information above. A religious person is different from a spiritual person. Religious beliefs are distinct from spiritual beliefs.

Unfortunately, a lot of people aren’t as receptive to those pieces of information. You can even differentiate religion and spirituality through your own experience. Everyone lives life differently, and one’s life is one’s own. There is no “right story” of how to live your life in the metaphysical sense. But you should be able to know the distinctions between living a religious life and a spiritual life.

If you are an observant person, you may find that a certain person is religious but not spiritual, while on the other hand, another is spiritual but not religious. There is a need to distinguish a religious person from a spiritual person. Everyone has their own spirituality and their own path to walk in life. The same thing applies to the very essence of religion and spirituality.

The religious and the spiritual don’t share a community and don’t have the same perspective. However, in spite of these differences, the two still manage to create and instill a healthy common ground. Faith in a “Higher Power” and the improvement of oneself throughout their life are at their core.

What are Mandatory Religious Practices?

Rituals are any repetitive and activity pattern done with a religious institution because of a belief or custom. Frequently with the intention of connecting with a deity or higher power. People can perform them can be performed on their own or with a community at set times. Either as a result of certain events or done casually.

All kinds of rituals are crucial in religion and spirituality because they enable adherents to express and solidify their faith. Communication is one of the primary goals of rituals as people communicate with, or are meant to connect with, themselves, spirits, or divinities.

A sermon is a religious oratory a prophet or a member of the clergy delivers to adherents. Sermons typically elaborate on a type of belief, law, or behavior in both past and present contexts, and they address a Biblical, theological, religious, or moral concept. Presentation, proclamation, and practical knowledge are all elements of preaching, which is what a sermon entails.

#3: Veneration of a Deity

Veneration is the act of commemorating a saint who is a departed person who has been identified as unique in religious traditions. The Eastern Orthodox Church, the Roman Catholic Church, the Eastern Catholic Churches, the Anglican Communion, and the Lutheran Church all practice it. Outward displays of veneration include respectfully bowing or making the sign of the cross in front of a saint’s symbol, relics, or monument.

Feast, or festival, is a period of time set aside to honor, ritually celebrate or recreate, or anticipate events or seasons whether agricultural, religious, or sociocultural. They all provide significance and unity to a person and the religious, cultural, or socioeconomic community. Feasts or festivals are names given to days or periods that began in religious celebrations that typically include sacred community meals.

A religious funeral is a ceremony in which loved ones and friends gather to commemorate the death of someone important to them. A religious figure will preside over the ceremony and direct mourners through the process of saying their final farewells. Clergy are frequently available to assist everyone in navigating the ceremony and any religious rituals present at the time.

Marriage, according to the religious and spiritual, is a gift from a Higher Power that should not be taken for granted. It is the ideal setting for intimacy and the formation of a family. A wedding is a public expression of love and devotion. This proclamation is usually made in a religious ceremony in front of friends and family.

Meditation is a physical and mental process in which a person separates themselves from their thoughts and feelings in order to become completely conscious. It is a practice in almost all religions, though some do not use the term “meditation” to describe their specific meditative practice. Meditation requires effective “simply being” – no more judging or thinking, just being aware, at peace, and living each moment as it unravels.

Prayer is a meaningful and global element of religion and spirituality, whether of ancient humans or contemporary spiritualists. That of which expresses the wide range of spiritual feelings and attitudes that govern human relations with the Divine. Some scholars describe prayer as religion’s primary mode of expression, comparing it to rational thought in philosophy. It is the very expression of living out your religion or spirituality.

Music and religion are intricately bound in ways that are as complex, diverse, and hard to pin down. Adherents have heard music as the voices of gods, praising it as the truest form of spirituality with zeal. This spirituality encourages its use in worship in both the religious and secular sense. Music is rarely a neutral phenomenon. Rather, it has a high number of desirable properties that reflect its universal significance in the context of religion and spirituality.

Religious service is the act of public worship that adheres to specific rules, such as “the Sunday service,” divine service, or any other type of service in general. It is a religious ceremony, with different religions attaching different spiritual significance to it. Think of it as doing good deeds for the sake of yourself and your “higher power”.

What are Spirituality Practices then?

There will be no listing here because the very concept of Spirituality is subjective in itself. You can even say that spirituality focuses on your well-being as well as everyone else’s. There is no need to do anything – ritual or ceremonial – that is mandatory. You do such practices on your own accord, you can even do the practices above when you think you need to or want to.

Spirituality is a lot more personal and emphasizes the improvement of oneself and their soul with or without a church. It is all about spending time with the world intrinsically and extrinsically with so much faith in your heart. You get to commune with the universe and your “deity” all on your own in the ways you want whenever you want.

Spirituality and Religion undoubtedly have a hand at making sure the world keeps spinning as it does. Those two concepts will never truly cease existing in anyone’s life.

Which of the Mandatory Religious Practices do you find yourself doing often?

Please tell us in the comments section!