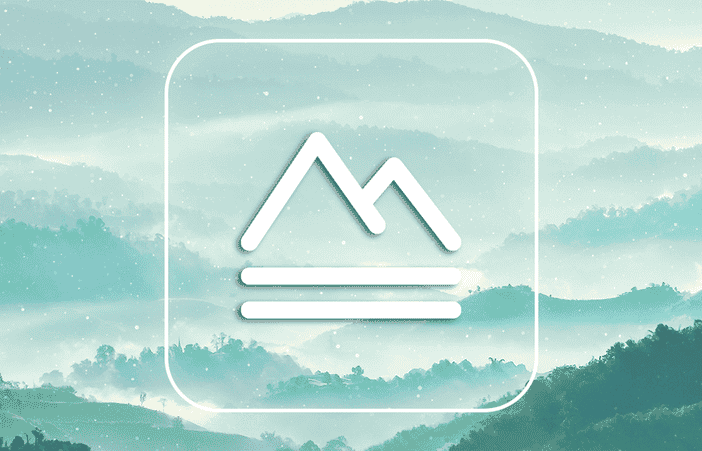 Earth Signs: Getting Down-To-Earth with the Zodiacs

Earth Signs: Getting Down-To-Earth with the Zodiacs

Earth Signs, coupled with water signs, have more yin energy, whereas fire and air are yangs. As a result, earth energy becomes more feminine in nature. Earth signs are often stereotyped as stiff or slow, however, this is not always the case. Additionally, Earth signs prefer a firm foundation and are the most stable and grounded of the zodiac signs.

Also, Earth signs are considered to be fans of good material items because of their proclivity for all things sensory. These signs are like a luxury, but they are also conscious of the importance of planning, saving, and budgeting. They consider the long-term and the potential return on investment.

These signs make dependable lovers when it comes to love and relationships. Earth signs are often more compatible with other earth signs or water signs, yet it’s vital to consider a person’s full birth chart when discussing compatibility. Given such, there is definitely more to the Earth signs than meets the eye. Are you ready to get to know the Earth signs better?

What are the Earth Signs to you?

Taurus, Virgo, and Capricorn are the most grounded people on Earth. They’re steady, pragmatic, and steadfast. They’re useful, dependable,   honest, and will tell you whether a situation or relationship is doomed. Earth signs aren’t dull despite being realistic. They adore collecting material goods, especially as a reward for their hard work.

Also, they never quit a project or relationship, staying amicable until the finish line. You’ll find that they even possess enviable patience and artistic talent. They’ll always employ their great minds and high standards on long-term projects, but they must align with their ideals. Earth signs are loyal to people who make it into their inner circle. If you’re in an earth sign group, consider yourself lucky.

Same-element Zodiac signs are usually four signs apart. Taurus, Virgo, and Capricorn are the zodiac’s earth signs. This “trine” location produces positive vibes. Earth signs get along with other earth signs such as friends, lovers, family members, or employees. It should also be noted that Water Signs and Earth Signs are “congenial elements” – they’re dissimilar but a natural fit. After all, plants need soil and water to grow.

Zodiac Earth Signs in their Element:

The sign of Taurus, which comes after Aries in the zodiac cycle and is represented by the bull, is the second sign of the year. In Vedic astrology, it is referred to as Vrishaba, and it is governed by Venus, the planet that is associated with love, beauty, and the arts. As a result of this, people born under this sign enjoy all things sensual and beautiful, and they are known to be very grounded (and stubborn).

The modality of Taurus is fixed, which indicates that it takes place throughout the middle of the season. Because it is a fixed earth sign, Taurus is the earth sign that is considered to be the “most immovable.” They have a reputation for being stubborn because it’s a deeply rooted sign. This is why they have that reputation.

Be assured, though, that when a Taurus puts their mind to anything, they are capable of working diligently, even if they go about things in a methodical and methodical manner. They do, however, have a reputation for being lazy, more so than the other earth signs, which is why it is essential for Taureans to keep an eye out for that trait in themselves.

The sixth sign of the zodiac, Virgo is a mutable sign that is governed by Mercury, the planet of communication. Virgo is the sixth sign of the year according to the astrological calendar. The mutable modality of Virgo, which in Vedic astrology is referred to as Kanya and means that the sign is born at the end of the season, confers adaptability and a natural talent for honing and perfecting things.

These people have a reputation for being precise, capable of critical thought, and eager to be of service to others. It’s possible that Virgos, who are sometimes referred to as the editors of the zodiac, come seem as judgmental, but this is only because they have a sharp eye for the ways in which things might be made better.

At the end of the day, all they want is for things to be better for themselves, the people in their lives, and the group as a whole. Earth energy is what makes up “the pillars of our life,” and Virgos are always glad to find methods to improve upon those pillars, whether it be through an organization, motivation of others, or the provision of practical remedies to a problem.

Capricorn, the tenth sign of the zodiac, is known as Makara in Vedic astrology. The Capricorn is considered to be the most responsible sign. Saturn, the planet of discipline and duty, presides over the astrological sign of Capricorn, which is symbolized by the sea goat. As a result, they are referred to as “business moguls and CEOs who push the team toward success while maintaining a high bar.”

These individuals take themselves very seriously, but you can rest assured that they will put in as much effort as they possibly can in their work. They are also noted for their honesty, wisdom, and authenticity, all of which are themes associated strongly with Saturn. As the first sign of the zodiac, Cardinals are strong individuals who are motivated to get things done on their own.

However, Capricorns are also capable of exhibiting a high degree of spirituality. Capricorns, like the sea goat, have the ability to accomplish great things in the material world while also drawing on the insight of the spiritual world through water, just as the sea-goat represents a hybrid of the hard work and ambition of the goat and the connection to the spiritual world that the fish has through the water.

What are the Earth Signs’ Traits?

Earth signs are the analytical and logical attitude that is frequently the key to establishing anything, whether it be a relationship, a business, or a large-scale effort, despite the fact that they can be overly perfectionistic and overthink things at times. Of course, over-analyzing and overthinking can be quite difficult for them to overcome, but eventually, they always will.

Because they are attentive to detail, organized, and driven to achieve actual outcomes, they frequently find success in a methodical and steady manner as a result of the pragmatic and realistic perspective that they bring to the table. Evidently, there are some matters that are in need of meticulousness in order to produce desired outcomes. You can count on an Earth Sign!

How do Earth Signs do in love?

Earth signs are practical, and while they don’t fall in love at first sight, they do fall hard. These people believe in the long run and the slow burn. Pragmatic romantics prefer long-term relationships over short-term flings or seasonal encounters. They want something that will last, whether it’s a companion, a sweater, or a cast-iron skillet.

Is there evidence of an earth sign relationship’s enduring spirit of love? David Bowie and his supermodel wife Iman have been married for a quarter-century. The shadow side of this dedication is earth signs’ proclivity to stay in partnerships that no longer serve them out of a profound feeling of obligation.

It’s easy to accuse earth signs of stoicism because they’re the last people you’ll see crying in the restroom or apologizing, publicly, privately, or ever. It’s not that they don’t feel; it’s just that most people find emotional expression to be fairly impractical. They’d rather channel their emotions into something tangible.

When they are sorry, these people will make you an urn for your deceased pet’s ashes (Virgo), pay your parking fine (Capricorn), or bake you a cake (Taurus). Developing alternate outlets for feeling is beneficial.  Earth signs should heed the knowledge of Taurus father Sigmund Freud who taught us that “Unexpressed emotions will never die. They are buried alive and will resurface in uglier forms later.”

Earth Signs are not only down-to-earth but they are filled to the brim with talent and skills that can help one conquer their adversities and embrace their life. If you find yourself to be an Earth Sign, you should be extremely proud of yourself!

Which aspect of being an Earth Sign rings truest to you?

2 thoughts on “Earth Signs: Getting Down-To-Earth with the Zodiacs”