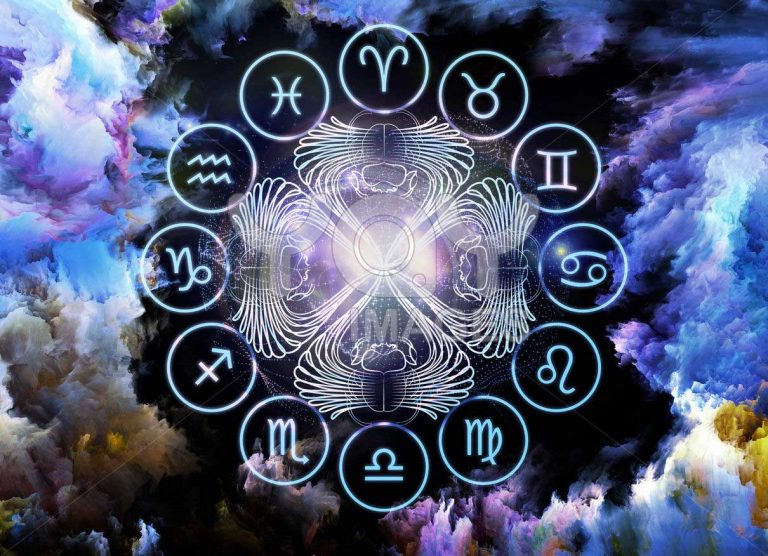 Cardinal Signs, Mutable Signs, & Fixed Signs: What Do They Mean?

Cardinal Signs, Mutable Signs, & Fixed Signs: What Do They Mean?

Yes, each zodiac sign is not entirely unique in its own, for, after all, these signs belong to specific clusters that share some similarities within its group.

As such, a deeper understanding of zodiac signs requires further knowledge of elemental qualities and their respective modality.

Cardinal signs primarily comprise of season starters and corresponds to the placement of each zodiac sign in the overall calendar.

With that, this article will help you out in understanding what cardinal signs, fixed signs, and mutable signs are, and how they correlate with other astrology elements and modalities present.

What Are Cardinal Signs, Fixed Signs, and Mutable Signs?

While each sign belongs to a specific element, such is not enough to get a comprehensive grasp of their overall meaning.

As such, these modalities bear certain meanings with them, often attributed to the simple equation of understanding one’s order in the whole scheme of things.

In approaching every season, these three transitions essentially happen, equating to different directions and personalities of zodiac signs.

As season starters, Cardinal signs have the ability to make things happen. Whereas other signs struggle to actually begin something, it is like second nature to these zodiac signs to embark on a journey.

After all, they are the signs in which every season begins.

With that, we can understand them to be the most eager and change-directed sign (not to be confused with change-oriented).

Being great visionaries themselves, cardinal signs have the ability to dynamically innovate change in their own lives.

Cancer, for instance, has the ability to be comfortable with land and sea. Symbolized by the crab, its ability to cross borders far transcends other water signs such as Scorpio and Pisces.

While all signs have the ability to begin something, no other water sign generally does it better than Cancer.

Simply put, Cardinal signs are definitely the best trendsetters out there. By seeking their unique wisdom, one can make use of it in ways that allow them to improve their lives.

As middle season signs, Fixed signs have the ability to stabilize and fortify what the Cardinal signs initiated.

They are often the ones to see things through to the end. Representing qualities of stability, patience, and consistency, these signs are most adept at sustaining things.

For instance, Taurus, as an earth sign, is very patient and stable. Symbolized by the calm bull, they love to keep their feet on the ground.

Like a mountain that never moves, they are stubborn yet effective in a sense that such hardheadedness ensures protection and stability. They serve as a solid ground to lie upon instead of being in constant flux.

Simply put, Fixed signs are definitely the best stabilizers out there. By seeking their unparalleled patience, one can make use of it in ways that allow them to improve their lives.

As season enders, Mutable signs are the most change-oriented signs. Accumulating up to the final moment, these signs are used to constant flux, as they know that their role resides in their task to take everything in and consolidate things.

Responsible for synthesizing all the learnings from the season starters and enders, mutable signs are the wisest and most adaptable of them all.

For instance, Pisces, the 12th sign of the zodiac, is the wisest of all signs. Symbolized by the two-fish, which represents spiritual balance, they serve as the great synthesizers, making them ultimately irreplaceable in value.

Being a mutable sign themselves, they understand the fleeting nature of life, in as much as they wish to impart their learnings for the succeeding cycle.

Simply put, Mutable signs are definitely the best goal-enders out there. By seeking their unparalleled wisdom, one can make use of it in ways that allow them to improve their lives.

In understanding the zodiac signs, we also have to take into account the four basic elements of the world, namely: fire, air, earth, water.

Revolving around these primordial manifestations of nature, each zodiac sign belongs to a respective group and represents a set of qualities that belong to it.

As such, here’s a simple list of the four elements together with its respective zodiac signs and definitive qualities:

Signs belonging to this element represents a strong sense of desire to create change, move forward, initiate, and conquer. Fire signs are action-oriented and dominant, which allows them to make things happen since they are most comfortable with change.

These very traits also make them capable of leading a concerted charge against any goal. If you wish to make people who can make you get up every day and drill both your mind and body for life’s endless challenges, then you would do well to surround yourself with these firebrands of astrology.

Leo, for example, is depicted as a fiery and dominant sign. Its lion symbol represents Leo to have the best leadership skills, embodying courage, and compassion along with it.

In the same way, Aries and Sagittarius also display the same kind of qualities. At one end, Aries is the fire-starter given how it is a cardinal sign. While on the other end, Sagittarius is more of the synthesizer/creator of new content, since it is a mutable sign.

As such, they also have the ability to keep the fire burning. Like a phoenix, they have the ability to generate their own flames and regenerate if need be. Thus, compared to other signs, they are the most persistent, which is the quality that leads them to their goals.

Signs belonging to this element represents rationality and sociality. Known to be the best and the brightest among the signs, they have the ability to critically analyze things before them, such that it often leads to the betterment of themselves or the society around them.

To be more precise, as with actual air, they have a very top-down view of the world, allowing them to maximize the number of things they can take into account whenever they analyze something and weigh the impact of their choices against the world in which they live.

They are analytical and critical thinkers through and through, making them invaluable in the maintenance of balance and spiritual order.

For instance, the most transformative sign in the zodiac belongs to Aquarius. Tasked to bring rational and even spiritual transformation to the world, this sign brings into light the kind of change that we long for.

Aquarians facilitate life-altering experiences to those around them.

In the same way, Gemini and Aquarius showcase these qualities. As a Gemini, they are most adaptable to change, in which they incorporate their conversational and rational skills.

While an Aquarius seeks stability – something that they derive logically and rationally. They’re able to move crowds with their ideas, and can transform the world into a better place.

These signs are also the most likable among the signs. Like the wind that favorably blows on everyone, air signs are very good communicators and will often get the favor of the people around them. Thus, when change is apparent, they ride on it just as how air can fuel the flames.

Thus, they are individuals who are in love with wisdom and knowledge.

Signs belonging to this element represents practicality and stability. Able to ground themselves in the world, they thrive in building a foundation on what’s here and now. By being able to appreciate the reality before them, they can capitalize well on it and derive happiness from worldly things.

This imbues them with the rare value of being able to maintain consistency. Fires may burn out, and air may be contaminated and corrupted by all the evil of this world, but the Earth is forever and unflinching in its role to continue to inject life even in the direst of times.

This makes them a particularly special sign which people all of the generations can confide with. Their presence is eternally heartwarming and inspiring, allowing others to fight on against all the odds.

The maiden is the symbol of Virgo, and represents agriculture and cropping. This solidifies the notion of stability and progress – traits that are strongly represented by this sign above all else.

Furthermore, Taurus, representing the earth, is one that is most grounded and patient. They’re able to withstand the winds of change, and their foundations are not easily shaken.

In the same way, Capricorn, as the mutable earth sign, is known to have the ability to traverse the sea. Capable of both regions, the sea-goat still yearns for security.

As such, these signs are often seen as pursuant of stability. Instead of chasing a fleeting pipe dream, they seek to follow the process and slowly but surely build their own empire. Settled and stable, they enjoy the whole experience of predictability and balance.

Signs belonging to this element represents emotion and intuition. While other signs may have the same set of skills, no other sign excels in it as much as a water sign.

Able to strongly resonate with what they feel and how others feel, they have the ability to comprehend someone beyond reason.

The unique ability to comprehend the things which others seem to only take for granted affords them the ability to scrutinize whole cultures and attitudes.

For these signs, productivity and mere goal-setting are not the bread and butter of the human spirit. Rather, the ability to stay awhile and listen to others’ concerns in a world that is endlessly ambitious and individualistic. This makes them the rare paragons of virtue that humanity truly needs.

For instance, Scorpio, among all the zodiac signs, is known to be the most emotional. They’re able to understand their own feelings and the feelings of others in an almost unfathomable way. This zodiac sign can resonate with us in a heartbeat.

In the same way, Cancer and Pisces represent the same set of qualities for water signs. As Cancer,

Water signs are also good at channeling their inner spirituality. Through their unique powers of intuition, they can often articulate things without proof or evidence.

Just like a mother who knows the troubles of her son even when the latter hides it, water signs are definitely perceptive individuals.

In understanding cardinal signs, fixed signs, and mutable signs, the key lies in our ability to see their fundamental relevance with the elements and modalities.

By pairing certain elements with a particular modality (cardinal signs, fixed signs, or mutable signs), we get to have a general idea of how a zodiac sign functions even before we actually read the specifics.

With that, we hope to have imparted a good grasp of these terminologies to you!

14 thoughts on “Cardinal Signs, Mutable Signs, & Fixed Signs: What Do They Mean?”