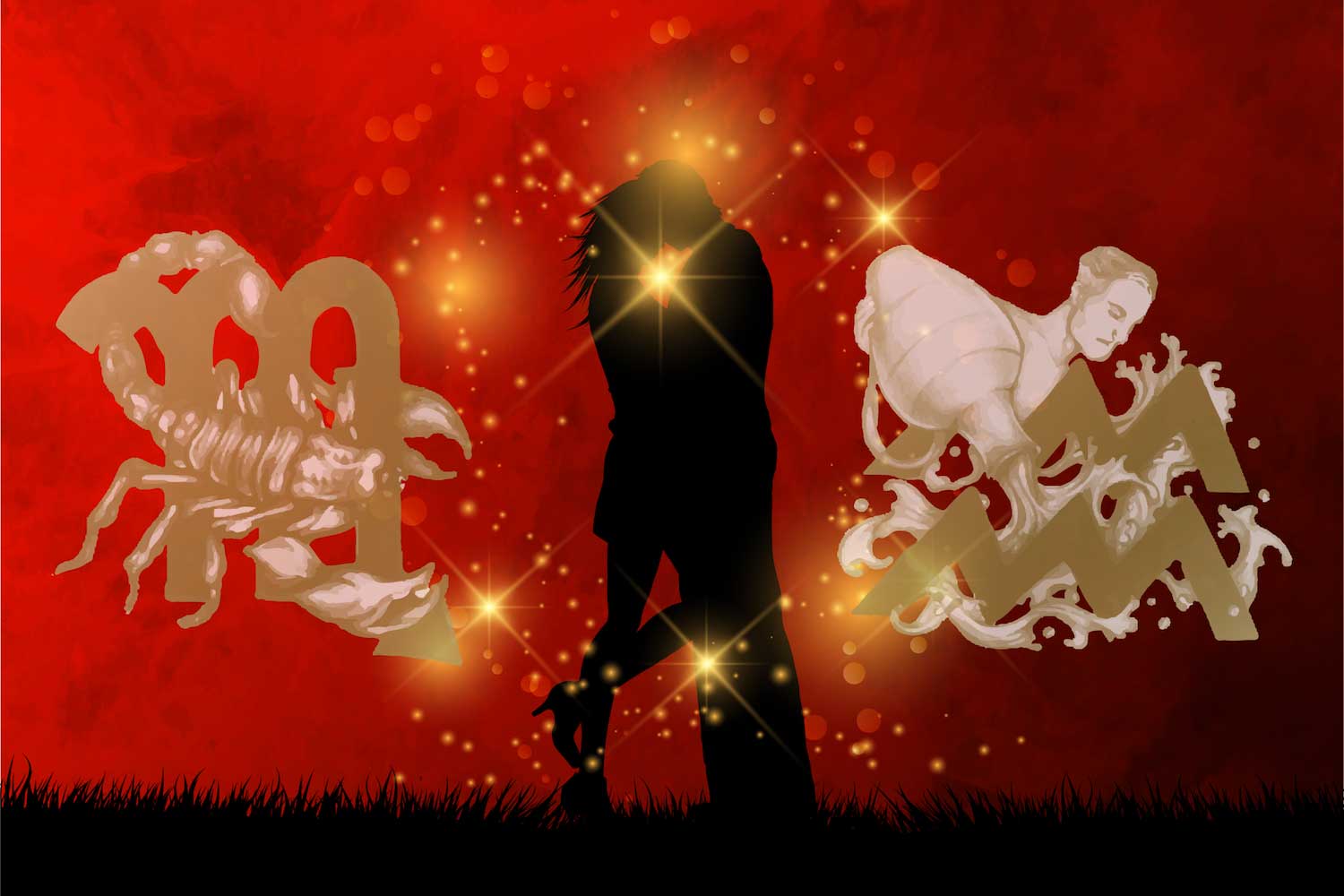 Aquarius and Scorpio are often deemed to be direct opposites of one another, leading us to assume that it would make a terrible combination. But there are always exceptions to the norm.

The world that we live in is filled with countless contradictions, most of which are opened up by honest and thoughtful discussion.

In antiquity, for example, the historian Tacitus wrote: “they make a land of desolation and call it peace,” alluding to the great paradox of Rome wanting to achieve peace through endless war.

We are taught by our parents to not talk to strangers, yet we grow up surrounding ourselves with them. We are told to not do evil things, yet sometimes we find the need to lie in order to help save a friend in need.

However, if there’s anything that’s quite common about these contradictions, it’s that none of them are often the result of mere whim.

In fact, in many instances, they even help explain certain proverbs or at least things that one-sided thinking just cannot explain.

One such example is, of course, the relationship between Aquarius and Scorpio – two profoundly different zodiac sign elements, which for some reason, just can’t help but be attracted to each other.

Why is this, perchance?

The Fount of Intellect: Aquarius

Before we go into exploring how the two signs can possibly work together, it would be best to look at each of the elements individually.

Aquarius, whose symbol is the water-bringer and element Air, tends to produce people with a taste for wisdom and intellectual discussion.

They love stimulation, most of all, as it often drives everything about them from the development of their greatest ideas to even their social prowess.

In fact, I would even go so far as to say that stimulation is quite literally their fuel.

Without this fuel, they can become withdrawn and even resentful of general interaction, especially if the environment around them is just not conducive to their own individual interests.

Of course, none of this means that Aquarius are passive people whose interests are divergent from everyone else, however much it may appear so to all the other signs.

On the contrary, people of the Aquarius sign thrive in activity and discussion; they just need the necessary catalyst for them to unleash their true selves.

After all, what good is the water-bringer if no one’s thirsty for their presence?

The Wave of Power: Scorpio

By contrast, Scorpio, whose primary element is Water, produces lively, passionate individuals with a taste for going into the offensive.

They are much like the cardinal sign Aries in this sense, in that they tend to charge into life’s problems with ruthless determination and passion.

They are assertive and very confident, and will often work singlemindedly towards ensuring that truth is found, wherever it may be.

In a way, they differ from both Pisces and Cancer, in that while both take in emotion, Scorpios project their emotions outward for the entire world to see.

Unfortunately, this also means that their negative emotions tend to manifest more profoundly – once lied to, it can be difficult for them to give you the same trust.

Much like air on a cold, cloudy day, the Water-Bringer thrives in environments specifically conducive for them.

Scorpio, on the other hand, tends to assert itself in a violent world and will do anything to reach their objectives.

Aquarius desires for things to move slowly and at the pace, they’re most comfortable with, while Scorpios will almost certainly try to change the system in a way that works for them.

Aquarius finds its place in the world, while Scorpio makes one for itself.

As a matter of fact, yes! The first thing we have to consider is a fundamental attraction to one another.

Both are naturally intelligent with a keen lust for improvement and constant discussion, which makes both of them the perfect combination for any honest discourse.

Of course, differences can still be a particular problem: Scorpios are critical, while Aquarius is introspective, but these two modes of thinking uniquely allow for a manner of discourse called the dialectic.

This is when two opposite ideas or modes of thought are displayed in full view in order to find new points of agreement or disagreement, enhancing both parties’ understanding of the world around them.

Such a manner of disputation is particularly useful for settling differences pertaining to financial management, political differences, divergence in interests, and so much more.

Aside from the intellectual benefits, both can also be supremely great lovers, though there is a need to exert considerable effort.

Scorpios need to be their absolute best selves when loving Aquarius – this means they need to dedicate time, effort, blood and sweat to earn the latter’s affections because it’s particularly hard to break down the walls of Aquarius.

Similarly, the Water-Bringer needs to fully appreciate Scorpio’s unique view of the world around them.

Introspection is a wonderful model of thinking that allows them to analyze the world in relation to their own experiences, but sometimes being critical of your own mentality is an even wiser thing to do.

They may draw from this the example of Socrates, who actually did point out what was meant by “knowing thyself” examining one’s life completely.

Final Word About Aquarius and Scorpio

On the whole, this particularly interesting relationship dynamic shows another side of advanced Astrology.

It often recommends pairing yourself with similar elements for compatibility and harmony.

It also reminds us that the miracles of contradictions and paradoxes facilitate for even more powerful romantic experiences.

Sometimes, it’s okay to take risks and to gamble. It’s okay to try and work through a chaotic mess rather than find an easy way out because such experiences are often the most rewarding.