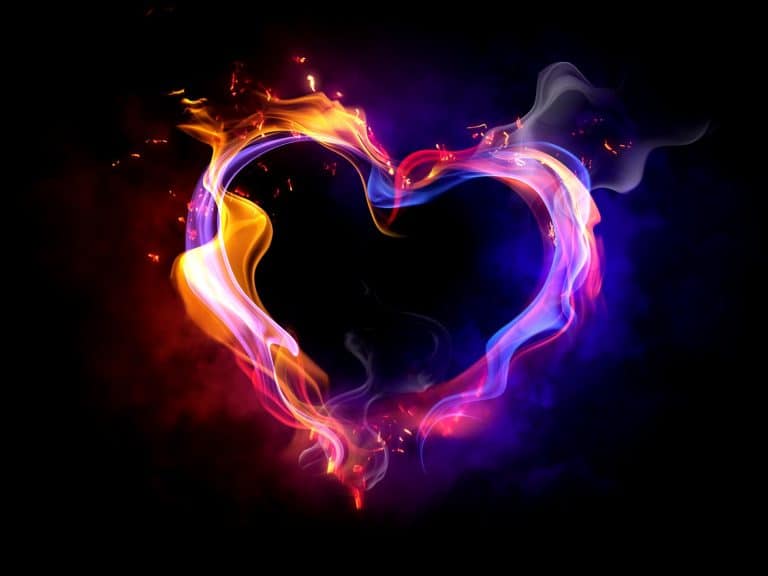 In this guide, we’re going to take a deep dive into natal chart compatibility to understand how certain individuals can be a perfect match, whereas others might prove to be a complete nightmare of a relationship.

If you’re one of those people who were busted last Valentines’ Day, you’ve come to the right place! No, not in the sense of meeting someone new– you’ll have to go to a dating site for that!

However, this is a good place to figure out exactly what kind of person you’ll want to meet. This will at least increase your chances of getting into a great romantic relationship.

You see, advanced astrology draws conclusions from planetary positions to help answer life’s many questions: what you really are, what you could want most in life, and of course – what kind of person you’ll really want to look out for.

Astrologers will even go so far as to suggest personality matches for you.

Before you close this tab and hurry to your astrologer and tell them your life story. However, you’ll need to know the basics right here!

What Are Natal Charts?

Have you ever wondered how anything moves around anything? If your answer is no, don’t worry– I don’t either, at least not on a daily basis.

However, it is still useful, considering that movement is literally what changes the background that your eyes can see: from day to night, stationary to fast, glittery to plain. You’ll definitely want to pay more attention to things around you.

Astrology, in this sense, is literally just paying more attention to the things that move around the sky.

Throughout history, astrologers and astronomers ended up making rough predictions of when solar eclipses could appear, for example.

This is exactly why we know Thales – because aside from his famous theory of everything coming from water (we’ll come back to this later), he actually did predict eclipses and was famous for it.

Over time, everything became predictable enough such that birth charts, at last, came into being.

A birth chart is simply a chart that displays all the constellations the suns and planets could “seem” to move towards throughout your life, which then allows astrologers to figure out what this could all mean for you.

So, if your sun moves towards Aries, this could mean you have all the personality traits associated with the sign: Fiery, exuberant, flamboyant.

How Do Natal Charts Impact Compatibility?

The position of the sun during your moment of birth determines your Sun Sign. Guess what, this isn’t just true for you – it’s literally the case for everyone else.

And because this is the case, narrowing down the personality type of your partner becomes that much easier, because now it just boils down to astrology’s criteria for compatibility: The synergy of the sun, moon, and rising signs.

Before we go into the signs, it would be best to first explain sun signs.

What Are Sun Signs?

The Sun sign is no ordinary sign to be cast aside; it’s nothing like the outer planets like Neptune or Pluto, which you can safely ignore (although it’s still recommended you look at them, as your astrologer will surely tell you).

This is because unlike all the other planetary objects, the sun directly represents your exactness.

In other words, it represents the very thing that makes up who you are.

Consider the sun in this sense as being the atom from which every single one of your cells, organs, and body parts arose; without it, the exact same you reading this would be nothing or completely different.

To put it in yet another way, the sun sign is a universal expression of one’s individual uniqueness.

Having your specific sun sign is almost as important as having your own name– it is a symbol of your own true nature.

In the context of natal chart compatibility, Being is something that is established at the point of one’s birth through its movement to each of the signs.

When you are born, you are immediately guaranteed meaning and uniqueness, and you need only discover your true self as life goes on.

We can gain even more insights into sun signs by looking into their elements.

Astrology Elements In Your Natal Chart

For instance, raw passion and intensity are related to the Fire element.

Fire signs (Aries, Leo, and Sagittarius) are very outgoing and are compatible with other Fire and air signs.

What does the Air sign represent, you ask? It represents balance, turbulence, and decisiveness– fittingly, Gemini, Libra, and Aquarius all belong here. And when you relate it to Fire, you can see how well the two elements work together.

Fire represents the initial rush towards anything, but it is the Air that pushes Fire forward and fuels it. Thus, if you’re a Fire sign and you’re in doubt with something, people of the Air sign can come to you and give you a gentle nudge.

Next, we’ve got the Water signs, occupied by Scorpio, Cancer, and Pisces. Water represents the ebb and flow, sensitivity, and emotional connection.

They also make for talented creatives, capable of advancing art, literature, music and all of the humanities. This ability to infuse life in desolation makes them the perfect partner for themselves and the Earth signs.

In this regard, Earth represents stability, grounding, and resolution. Taurus, Virgo, and Capricorn rule this element, and their most prominent traits are being heavily rational, organized, and stable.

But as with the Earth, they too have a tendency to doubt, and some even go so far as to succumb to a sense of meaninglessness.

Thus, you can quickly see why Water signs work well with them since they can give the grounded people of the Earth the variety and confidence they need.

Each of the signs can also be further classified according to whether they’re cardinal signs, mutable signs, and fixed signs.

Of course, the explanation above only really talks of the sun signs. A Taurus sign would be better paired with other Earth signs or Air signs. But what about the moon and rising signs?

Well, the moon sign is the sign that governs your innermost impulses. This is the “you” that isn’t quite you if it makes sense.

This isn’t something that you show to everyone, nor is this something you’re wholly aware of– kinda like your gut feeling!

Astrologers look for these signs when considering compatibility because the synchronicity between you and your partner’s impulses is essential in making sure the relationship is harmonious.

Relationships are never going to be orderly, so consulting your astrologer about what works for your moon sign is just as vital as the sun.

Then there’s the rising or ascendant sign, which deals with the personality you let out into the world.

Everyone has something to show for in order to hide their inner selves to others– and this is fine because this is the sign that ensures we’re not going to start killing each other.

In a relationship, however, similarities in the rising sign are essential because it represents how quickly you two will be able to break each other’s barriers.

The Sun sign is important because it represents how well you two are going to stick together. The Moon sign is important as it shows similarity in impulses. And the Rising sign is necessary to figure out how quickly you two can get to know each other.

Natal chart compatibility involves a great number of other factors. Additionally, there’s also some level of intuition that comes into play.

Does this mean that natal chart compatibility is the be-all and end-all of love? Well, not exactly!

By looking at your natal chart compatibility, what you’re seeing is how two individuals tend to behave around one another. Its function revolves around guidance and not restriction!

So don’t let natal chart incompatibility dissuade you from pursuing the possibility of an amazing relationship.

Natal chart compatibility acts as a set of guidelines, but a relationship’s fate is ultimately up to you and your potential partner.

What To Do Next: Click here to get your free natal chart!