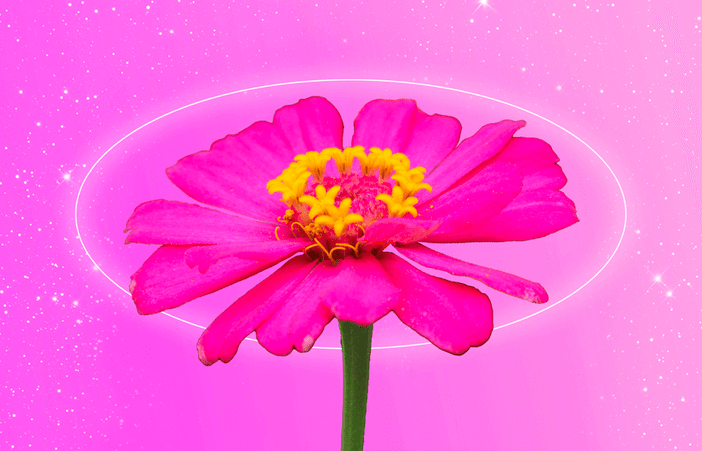 The Innocent, the Caregiver, the Beloved, the Explorer, the Scholar, the Outlaw, and the Ruler are all female archetypes according to Jungian Psychology. Depending on the resource, these may have different names. Each Jungian Female Archetype symbolizes a unique personality with unique traits and energies. The archetypes personify inner vitality.

We often have aspects of all archetypes within us, but we are drawn to and identify with one or two more strongly than others. These archetypes might help us reflect on our own attributes and the energy we desire to cultivate. Jungian analyst Jean Shinoda Bolen describes the 12 feminine archetypes and the Greek gods as distinct types of women.

Bolen’s book, Goddesses in Every Woman, helps women accept their power and live more authentically and purposefully. She says that the feminine archetypes and goddesses can be used to create self-awareness, inner wisdom, and power as we navigate who we are and how we connect with the world. Are you ready to know which archetype you fall under?

What do Archetypes mean for you?

Archetypes are fundamental, innate human models of persons, actions, or personalities that have a significant impact on human behavior and can be used to influence it. They were first proposed by the Swiss psychiatrist Carl Jung, who hypothesized that these archetypes represented archaic forms of fundamental human wisdom that had been passed down from our forefathers.

Known as archetypes in Jungian psychology, they are universal patterns and pictures that are a part of the collective unconscious. The archetypes, according to Jung, are passed down to us in the same manner that we pass on instinctual behavioral patterns. This is why instead of learning about the four female archetypes, we’re going to be learning about all seven.

The Innocent is a young woman who is full of life and enthusiasm. She is ecstatic about life, energized, and ready to take on the world, has not yet been jaded by life’s challenges and flaws, which she has yet to experience. This wise woman is confident and at ease in her own skin, and she is entirely honest about who she is and how she portrays herself to the rest of the world.

There is an air of naivety and innocence about her because she lacks life experience and has not yet learned many life lessons, as evidenced by her appearance. She might reflect on what we are like when we are young or when we are embarking on a new endeavor. Also, she does not yet possess the wisdom that comes with age and experience, but she is enthusiastic, hopeful, and upbeat.

The shadow side of this archetype consists of her being too obedient, attached, and people-pleasing. Additionally, the goddess that falls under the Innocent Archetype is Persephone, the Goddess of Spring from Greek mythology, who represents a woman’s naivete, purity, and need to satisfy and be liked by others, as well as her desire to please and be loved by others.

#2: The Caregiver or Female Mother Archetype

The Caregiver is caring, bountiful, and generous in his or her actions. She is sympathetic and loving, and she is capable of looking after others. This Mother Archetype is bursting at the seams with fecundity, and she is driven by the desire to provide for her family. The Caregiver archetype embodiment can include everything from accepting pregnancy to raising children.

This Reproductive Mother Archetype can also include creating something from nothing and seeing it through to completion and enabling it to flourish. For example, fostering a new company enterprise or devoting time to a creative effort are both examples of this. She has a strong connection to nature and the natural cycles of the earth.

The shadow side of this archetype consists of her being overly giving, codependent, controlling, and has the tendency to lose her sense of self. On the other hand, the goddess that falls under the Caregiver Archetype is In Greek mythology, Demeter is known as the Goddess of the Harvest because she represents the archetype of the Mother. Greco-Roman mythology depicted Demeter’s maternal grandmother as Gaia, a personification of the planet Earth.

The Outlaw is a soul that has been awakened, who is untamed, and who is fiercely determined to disrupt the current quo as the wild woman she is. She has a strong connection to her intuition and is confident in her own abilities and in what she desires. This wild woman exudes self-assurance and expects a plethora of resources for herself. She takes pleasure in solitude and devotes her time and efforts to inner satisfaction.

The shadow side of this archetype consists of her being chaotic, unpredictable, and destructive. Meanwhile, the goddess this wild woman falls under is Kali, the Hindu Goddess, who is revered as the archetypal manifestation of shakti, or female force, since she is the quintessential expression of female power. Her counterpart could be the male warrior archetype or destructive warrior archetype which represents that fiery side of the Outlaw of the feminine archetypes.

She has a strong sense of purpose in life, she is captivating, and she enjoys being the focus of attention. Also, the positive lover archetype embraces wealth and abundance in her life because she is connected to these energies. Her love can be restorative, but she also has the ability to use her feminine power to achieve her goals.

The shadow side of this archetype consists of her being controlling, having the tendency to attract drama, and using sexuality to manipulate people. In addition, the goddess that falls under her is Aphrodite is the goddess of love from Greek mythology, and she is the embodiment of both love and beauty.

#5: The Sage Archetype or Scholar Archetype

In Jungian psychology, the Scholar, also known as the Sage, is a storehouse of wisdom and information that may be tapped into. She exudes serenity and sincerity. She is self-aware and in touch with her intuitive abilities. The Sage Archetype is confident in her own skin and does not seek to compare herself to others.

She is a teacher who freely shares her knowledge and wisdom with others. Also, the Sage speaks the truth, she understands her power, and she is completely awake. The Scholar has thoroughly embodied her shadow side, and she has had numerous encounters with her shadow.

She has grown as a result of her blunders and has transformed her scars into pearls of wisdom. Her shadow side consists of her being too introverted, feeling lonely, and as though she does not belong. The goddess who falls under this archetype is Athena, the Goddess of wisdom and knowledge in Greek mythology.

The Explorer is a free-spirited individual who chooses to live life on her own terms. She strives to achieve her objectives and is successful in doing so. The Explorer Archetype possesses courage, competitiveness, and self-assurance. She is self-sufficient and does not require a mate to make her feel complete. Also, she’s a born activist who isn’t afraid to speak out for what she believes in. She is a defender of others and feels most at ease when she is among nature.

Her shadow side consists of her being pushing other people away, resenting other women, and being avoidant when it comes to vulnerability. The goddess who presides under this archetype is Artemis, the Goddess of hunting and the moon in Greek mythology. This feminine archetype is just as free-spirited as her male archetypes counterpart.

The Ruler is comfortable in her own skin; she exudes confidence and is a natural leader. She recognizes her own value and does not tolerate negative or unhelpful attitudes from those around her. She is devoted, protective, and responsible, and she is capable of making sound decisions for others as well as for herself.

She understands the value of investing in one’s own development and seeks to surround herself with the greatest mentors and industry experts available. This is one of the feminine archetypes that is always progressing and leveling up. She is on a heavenly path, and she has come to bring about significant change.

Her shadow side comprises her being shallow, judgmental, image-conscious, easily threatened, and spiteful, to name a few characteristics. The goddess who presides over this archetype is Hera, wife of Zeus and Queen of the Gods, who is well-known in Greek mythology for being the Goddess of Marriage and Birth.

These feminine archetypes or female archetypes are ones a wise woman would look to in order to figure out who she is. Whether you are a mother archetype or an outlaw archetype, you must embrace who you are.

Which one of these feminine archetypes do you think you fall under?