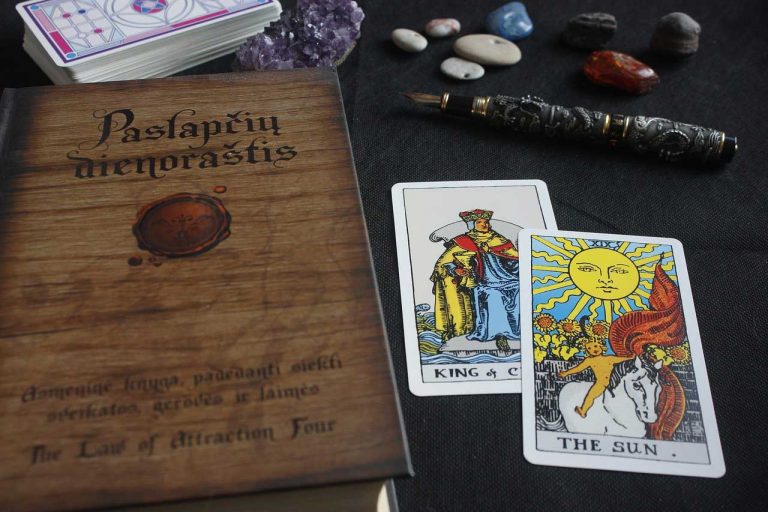 What Is Latin Tarot & How Do I Use It?

What Is Latin Tarot & How Do I Use It?

Initially intended for entertainment purposes, the Latin Tarot has now become one of the most trusted decks when it comes to reading people’s future. Most experts consider the Latin Tarot as the deck that gives the most precise details about a person’s current situation.

Latin Tarot is always direct and does not hold back in reflecting the good and the bad of a specific scenario. This deck is even believed to carry supernatural powers, which is the reason why many people say that the Divine often uses these cards to talk to us.

With over a thousand tarot cards available today, one can wonder how the Latin Tarot deck still manages to stand out.

Although it may not be as popular as the Rider-Waite deck, the Latin Tarot is still widely used primarily because of its authenticity.

While most decks today scramble to adjust to the modern world, the Latin Tarot has managed to stay true to the symbols of the past.

When you use this deck, you will see that its approach is still very much aligned with ancient tarot symbolism and tarot card meanings.

The Origin of Latin Tarot

Tracing the creation of the first tarot deck has proven to be a challenging feat even for experts. However, it is widely accepted that the oldest record of tarot card manufacturing dates back to the 14th century in Italy (Tarocchi de Mantegna deck).

As mentioned, tarot cards before were made solely for the purpose of entertainment such as playing, and to showcase the different works of artists back then. Many cards were also drawn as family portraits of the wealthy during that time.

As the cards moved to be divinatory tools, the Latin system approach did not become popular with many. It was considered esoteric because there were no names available on the cards. Soon enough, the tarots fell out of fashion in Italy.

The decks were later on revived in France as card games. The Latin cards were swiftly replaced by French names, thus, the birth of Tarot de Marseille.

It was named after the city of Marseille in France, where the King authorized the production of these playing cards. Tarot de Marseille is considered the descendant of the Latin cards in modern times.

The Difference of Latin Tarot from Regular Tarot

Almost all experts agree that Latin Tarot or Tarot de Marseille is harder to read and is not for beginners. This is because unlike regular decks, not all Marseille cards have images to depict their meanings.

Numbered cards in this deck do not have their own images but rather just follow the symbol of the suit they belong to. Because they only contain their specific number, reading their meaning requires a numerological approach.

Moreover, most Marseille decks are in French. So instead of seeing suits such as Wands, Cups, Swords, and Pentacles, you will find Batons, Coupes, Epees, and Deniers. The court cards are also different.

The regular modern tarots are heavy on imagery because they aim to be more relatable to the modern mind. They are very much animated, and the images often convey a story for convenience.

This is not the case with Tarot de Marseille. Aside from some cards not containing images, most images are even drawn in the most simplistic style. This shifts the burden of explanation to the reader as these cards are broadly open for interpretation.

How to Effectively Read Latin Tarot

Because Latin tarot is much more complicated than the regular tarot, it is important that you go into a reading with a sound mind and a ready heart. Below are some tips on how you can achieve accurate readings from Latin tarot.

1. Meditate before the reading.

By now, you should already know that the success of your reading lies in the energy you are able to channel during the session. While it is understandable that the unpredictability of the Latin cards can make you feel nervous, it is important that you calm your nerves down before proceeding.

The cards are an extension of your vibrational frequency. The lower your energy, the more difficult it is for you to communicate with the deck. Preparing your mind and spirit through meditation can help in jumpstarting a relaxed and more natural reading session.

2. Secure a conducive place for the reading.

It can’t be said enough: eliminate any possible distraction before starting the reading. One of the worst things that can happen is an interrupted reading. When you pause a session, you are breaking the energy flow that you have built up from the start.

Think of it as an accelerating car. Stepping on the brake will eventually get you back to zero. This can potentially ruin the delivery of the cards’ message.

So before you start, make sure that you have already prepared a quiet place for the reading. Remember, you can try and meditate all you want, but if there’s a dog barking beside you or your favorite TV show is tempting you, there’s no way you can have a successful tarot reading.

The nature of your tarot questions also affects the success of your reading. It is a general rule to refrain from asking why during tarot readings. This is because it makes the conversation unproductive by shifting the focus on the past instead of what you can do to resolve a specific issue.

For example, instead of asking the cards why your partner seems distant lately, ask for guidance on how you can turn things around in your relationship. Confirm your action plan with the cards.

You can ask, “Am I in the right direction if I do this and that?” Remember that your questioning style can either jeopardize or reinforce the power of the cards.

4. Keep your notes with you.

Writing down important details of your inquiries can help you understand the cards better. This is because you’re establishing a structure on when and how you are going to ask your questions.

Additionally, keeping a pad and a pen beside you allows you to jot down notes from the reading itself. It is understandable that you may not remember everything that the cards say, so immortalizing their message by writing it is such a rewarding move.

You can go over your notes again at a later time to check how they align with what is happening at the moment.

Most people walk out of a tarot reading feeling dissatisfied because they had the wrong goals in the first place. The cards are not there to validate you, to coddle you, or to give you a detailed description of how your tomorrow is going to look like.

Even more so, the cards are not genies that can grant your wishes. A tarot reading is more like a consultation. Or a therapy, if you may.

The cards are a guide to your higher purpose. You may not like what you hear at the moment, but you will surely understand it as things eventually fall into place.