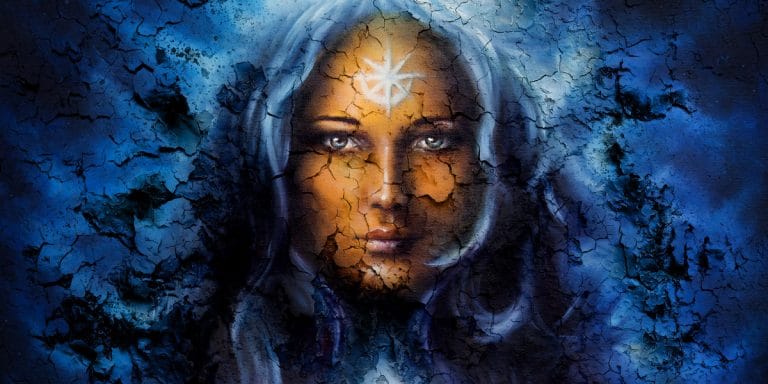 Just like the 12 zodiac signs and the 12 Chinese zodiac signs, other civilizations also had their fair share of interpreting the meaning of the planets and the stars. In this article, we’ll be looking into Mayan Astrology for more cosmic insights into our own destiny!

While they may not be as popular as the two giants mentioned above, Mayan astrology can also give us a good perspective of our overall direction in life.

By identifying your Mayan sign, you get to have a new way to look at things and assess which ones fit the most. Now, let’s start by looking into the signs of Mayan astrology!

Generally described as night owls, those bearing this zodiac sign are known to ooze that creative energy during the night. Thus, anything connected with the night will generally boost their abilities.

As a Mayan zodiac sign, those bearing the symbol of the Yax are often loving and lovable people. Thus, wherever they go, they bring with them that sense of positivity without even trying to do so.

Born with confidence, people with this zodiac sign are able to conquer boundaries. Knowing that they are never limited, they see challenges as opportunities for growth. Thus, they are often confident inside and out.

Seeking balance above all else, they feel the internal struggle of finding harmony in all things. Furthermore, they are known to take a peaceful and diplomatic approach, often bringing harmony to others as well.

Often perceived as secretive, this zodiac sign is often left undefined. With their access to the spiritual and transcendental, they are often bringers of both confusion and transformation.

Sharing resonance with nature, they are naturally drawn to it. With that, they often find meaning and peace in being able to explore nature and cherish its beauty. Thus, they’re the type that you’ll find resting under the palm trees.

Generally honest, individuals sharing this zodiac sign knows the value of being truthful. When we lie, we deceive nothing but ourselves as we empower that kind of negative action. Thus, Muwans often avoid such for their own sake.

Born with luck and good graces, they often get ahead in life. Symbolized by the Jaguar (which is considered as an important spiritual animal in the Mayan culture), they are often born with the ability to change the fortune not only of themselves but of others as well.

Born with this sign, you are naturally attuned to the mystical universe. Thus, it becomes relatively easier for you to dig deeper into the fundamental question of life and of your existence. With art, you express yourself in many ways.

Symbolized by the crocodile, Kumk’u’s resemble someone who is able to adapt to change. No matter the context or situation that they’re in, they are able to maneuver and navigate accordingly.

Seemingly puzzling given that this spans for only about 5 days, Wayebs share something fascinating: they are able to communicate with the dead. Given how Mayans believed that this was rather a special date, it is only natural for them to believe so.

Naturally born as leaders, Pops are good at directing people what to do. As such, they are often destined towards greatness as their natural strength will bring them to be such. Furthermore, they are also considered to be adventurous and outgoing.

Sharing the symbols of the black sky, jaguar, and the frog, Wos is basically a combination of them. Meaning, those sharing this sign are often nighttime owls who are outgoing, loves challenges, and leading other people.

Often torn between being emotional and daring, Sips are, at best, the best of both worlds. Able to access both ends of the spectrum, they can be intuitive and bold at the same time.

Bearing the symbol of the bat and the fish, Zotzs are individuals who can navigate well on both the sky and the water. Thus, they can see through deception and dishonesty in as much as they can comprehend how things around them work.

With abilities from both earth and the sky, you are born as a problem-solver. Able to address both emotional and rational issues, people often seek your guidance and valuable advice in their lives.

Given their symbol of the dog, they share strong resonance with spirituality, particularly with the afterlife. Thus, life and death for them are only chapters of the same book.

Resembling a strong resonance with the Sun God Ah Kin, you have that innate power in you to heal others. Thus, you are often sought not only for healing but for positivity as well.

Often referred to as the Comeback King, Mols know perfectly how to bounce back from their loss. Thus, they resemble someone with a strong inner will.

With these 19 Mayan Astrology signs, we hope to have given you an idea of who you are and what impact you can have on others. By paying attention to these symbols and following their meaning, you can gain a new perspective in life that far transcends all that you know.