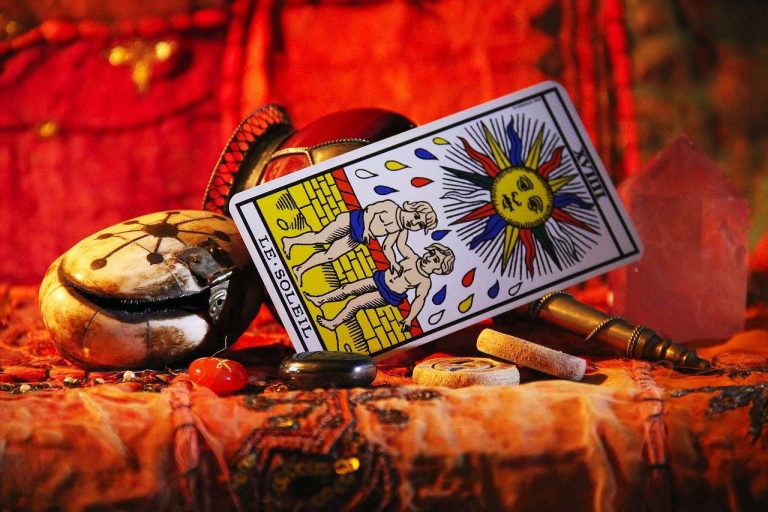 Past Life Tarot Spread: Discover More About Yourself

Past Life Tarot Spread: Discover More About Yourself

Is it true that the majority of the world believes in reincarnation? Over half of the world’s population believes that we all have more than one life, which is incredible but accurate. Past Life Tarot Spread can also reveal the most crucial lifespan for us right now! As humans, we’re always looking for answers. We’re curious as to why. The study of past lives, in the hands of experts, provides an answer to that demand.

Something in every one of us yearns for a second chance, for a feeling of a comprehensible Universe, for a sense of continuity, which is why the concept that we all have several lives is so widespread over the globe. This is a fantastically detailed reading that reveals many facts about your former life as well as parts of your current condition and destiny that might help you comprehend the “larger picture.”

After this reading, most people feel like a lot of things make more sense. It’s as if you could see deep beneath the surface and put light on the matter that was previously unseen but had a tremendous effect on you. Delving into hidden memories or reviewing your natal chart is just as important as knowing the stories and absorbing the lessons of your former lives. Curious to know more?

The Significance of the Past Life Tarot Spread

Your past lives are a piece of you, and they still have an impact on how you experience and react to your surroundings and the people you meet along the way. One of the esoteric tarot’s “secret teachings” has always been reincarnation. Numerous writers have associated the Fool with themes of life, death, and rebirth over the generations.

The Fool is frequently associated with Kether, the crown, and “The Origin of Life” in Kabbalistic traditions, implying the Fool’s descend from the world of possibilities into the world of purified physical bodies. Many readers think of the Rider-Waite-Smith (RWS) Fool’s pack as a repository of memories and wisdom gathered over the course of past lives.

When given a number, the Fool’s number is almost always zero, a number whose shape symbolizes unending cycles. There are also the Majors, who acquire the unity and enlightenment indicated by the World before embarking on a new adventure.

Reincarnation, therefore, appears to be knitted into the contemporary esoteric tarot’s framework. This fact, along with the tarot’s unique capacity to tap into long-buried ideas, memories, and tales, makes the deck a potent tool for studying former lives.

What to consider before doing the past life spread

Steps to Confronting Past Lives through the Past Life Spread

Prep for this session by grounding and aligning yourself according to your own spiritual path. Phones, televisions, and other sources of distraction should all be turned off. Do everything you can to keep this task from being interrupted. You can do the experiment in any location, however dimming the lights, lighting candles, playing relaxing music, or burning incense may be beneficial. After doing all this, you should feel comfortable, confident, and secure.

Remove the Fool from your preferred deck (or its equivalent). Take the card in both hands and focus on the artwork after you’re seated comfortably on the floor. Make an effort to clear your head. Recognize distracting thoughts and tell them, “I’ll deal with this later,” before returning your focus to the card.

Your concentration will weaken with time, and your eyes will become tired. Allow your eyes to close as this happens, but keep the image of the Fool card in your head. Consider this image to be a single frame of film. When you’re ready, ask your “inner projectionist” to flip the card’s “film.”

If you’re using the RWS Fool, the young person in the picture will move backward slowly. The skies above him will begin to fade away toward the distance. Then the rose in his hand will change from blossom to bud. The white dog at his feet will turn around and prance in the opposite direction.

As the Fool fades from your frame of view, keep your eye on him. Let the picture of the card fade to darkness until you can no longer detect him.

Open your eyes slowly. Shuffle the deck after replacing the Fool. Deal 8 cards into a vertical column, starting at the top: 3 cards above, 2 crossing cards in the middle, and 3 cards beneath.

Getting to know your past self is to get to know your current self better. We hope that the past life spread will help you discover more important things about yourself.

Did you manage to get in touch with your past lives through this tarot reading?

Let us know your experience in the comment section below!