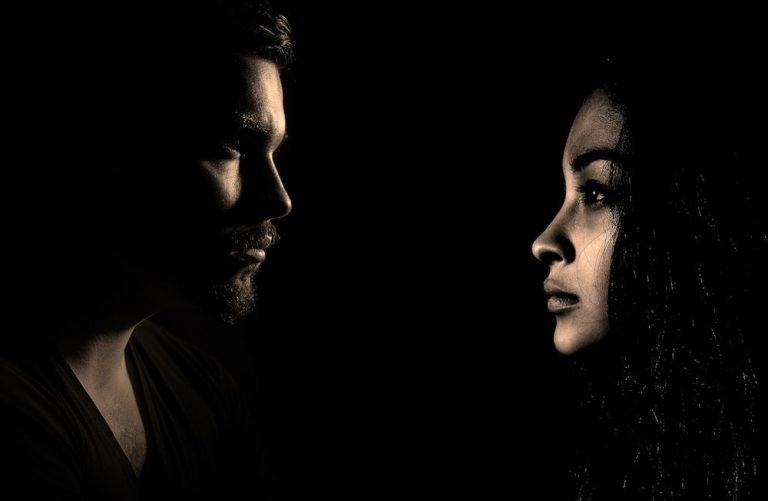 The previous article tells us that shadows are formed as a natural consequence of being human. As we are capable of making choices, whether it be genuine and authentic ones or merely mere conformity and blind adherence, they are choices which inevitably creates preferences within us.

Resenting certain preferences results to the shadow. While the shadow aspect of our human existence is a totally common and normal phenomena, any excess of such can lead to a plethora of problems that may plague our everyday lives.

Making choices and resenting other options while lacking the intricate understanding of these alternatives will create blacker and denser shadows. In this section, we will see some of the practical problems caused by having shadows, and being unable to even recognize them.

Problem #1: The failure to recognize the existence of the shadow 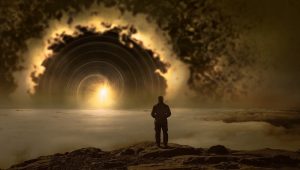 If you are reading this section and you skipped the previous ones, you will never fully understand for you are missing out on the context of the problem. Like every other problem in life, the problem with shadows is when we fail to recognize that they actually exist.

Think of your shadow archetype as a tumor. Tumors are usually benign or malignant. They are either cancerous or not cancerous. Should they be cancerous, you definitely have a big problem.

But how do you recognize the problem in the first place? Obviously, you need to have your regular check-ups in order to constantly verify if such a problem exists. Without such, you might wake up one day, with a problem already bigger than what you can solve.

The same holds true in the case of the human psyche and individual spirituality. By failing to constantly assess if there are any problems, we cannot verify if we indeed have a healthy one.

Nowadays, it is easy to be endlessly distracted in the presence of advancements in technology, particularly in social media. As these platforms constantly entertain us, they drain our life force, our will to persevere and pursue things we really want.

They can influence the choices we make and forget about the options that we didn’t take. By being constantly being buried in the avalanche of uncontested yet unconsented decisions in life, we become less and less aware of who we truly are.

We let go. We let life go on and take its course.  In order to solve this, it is vital that we know and recognize of our shadows through shadow work. Only by doing so can we allow ourselves to be truly aware of what’s happening, why are we like this and like that.

As you proceed in reading the succeeding problems laid out in this article, think that most of these are rooted in this problem – the failure to recognize your shadow.

Problem #2: Disconnection due to fragmentation of in-between realities 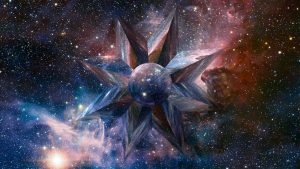 Once we recognize them, it is definitely a step forward for we can now see one of the major problems in life – that we can be constantly disconnected. With facebook messenger and all the other messaging apps, we are definitely familiar with the term ‘disconnected’.

When we see such appearing in our phones, we perceive a distance between the person that we want to talk with for we know that they’re not there. And so, we turn to other ways of amusing ourselves, whether it be celebrity scoops or endless memes that entertain us ‘for the moment’. Before we know it, we have already consumed countless of hours infinitely scrolling through our newsfeeds.

This experience is universally familiar to most of us. Almost all millennials nowadays have smartphones which allow them to reach someone in a blink of an eye.

But while such is true, why do people have this emptiness, this inevitable phenomenon of disconnection?

Man is born with reason, freedom, and a capability to harness the infinite power of spiritual energy. Yet man chooses to be disconnected from such power.

The question is – as part of mankind, are we even aware of this outright resentment of such faculties? The answer is NO.

Sometimes we make choices which blind us from the truth that there exist these faculties which allow for absolute self-mastery and control. All it takes is a personal commitment and choice from our end to harness them. And yet we fail to do so.

But as you are reading this article, it simply means that you are increasingly becoming aware of the situation that most of us are in – being disconnected without knowing it.

Yes, we are disconnected, and yet we don’t know it. This problem arises from the existence of our shadows itself, for these shadows are nothing more but mere reflections of the concepts, perceptions, ideas in life that we disconnect with.

Some or even most of these ideas are part of who we are or who we aspire to become. But by continually choosing based on standards set by society for us, we are disconnected from our own selves before we know it.

While we continually lump these notions as part of our shadows, we can’t help but become disconnected from our own nature but from consciousness itself.

In other words, by continually repressing our shadows, it doesn’t mean that they won’t take over. Momentarily, they do, for they seek manifestation as well. That is why we have this often-absurd experience of reality fragmentation, being unable to distinguish what we truly want and what is happening.

Problem #3: Creation of pre-conceived judgments on both the self and society 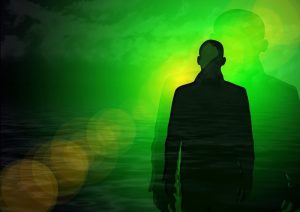 By being constantly uncertain and disconnected, by mixing the unending dynamics between the shadow and society, the conscious self is left at a state of confusion.

Unable to become a person who controls his own ship in a vast ocean of ideas, these factors take over and create pre-conceived judgments about the self and society.

The problem with the shadow is while it fails to express and unearth itself, it also serves as a constant reminder of the things that we don’t want to become. As discussed in the previous sections, the existence of the shadow affects the way we perceive how life should be, both for ourselves and society.

Thus, when we see someone who is pursuing life the way they see it fit, we resent them.

As they choose to live in the mountains, being modern day hermits, we criticize them for being useless citizens of our society. But do we really perceive them as such? Or is this perception possibly a reflection of the many tendencies that we bury within us?

By allowing our shadow to grow unnoticed and unregulated, it creates and even amplifies these pre-conceived judgments about things.

We judge people who do not live like us as lower than us. We think that just because we have attained more in life, we are off on a better footing.

Yet we fail to see that happiness is merely a perspective, a way of looking at things, a way which we don’t see when we are full of pretentious ideals of what is right or wrong and how life should be lived.

Thus, it takes a lot of spiritual meditation and reflection, focusing on one’s energies, in order to break this eternal spell.

We cannot see through our pre-conceived notions if continually live by them. By failing to see how the personal unconscious contributes to the whole conscious persona, we are limited in our viewpoint.

If we cannot recognize that by resenting our shadows, we create pre-conceived judgements, our biases will constantly occupy us.

Problem #4: The Shadow as a filter to the experience of reality 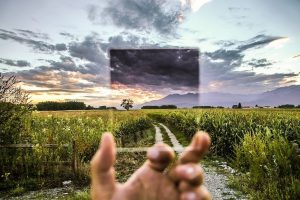 All the previous three problems mentioned in this article ultimately leads us to the fourth problem – when our shadows take over our reality without us knowing it. Yes, these judgments can lead to a filtered experience of reality, making it difficult for us to truly understand ourselves and attain self-fulfillment. `

As we can see, shadows are repressed parts of ourselves which fail to actualize themselves. They are aspects of the psyche which remained trapped for some reason – whether it be caused by heavily negative childhood experiences or social prejudice that is psychologically embedded in us.

The shadow are potentialities that we fail to actualize, tendencies that we would have chosen otherwise.

Painting, for instance, can be considered as an impractical way of living. Painters, especially the best ones, ironically reaps the monetary benefits of their art after their death.

And so, when a child has a tendency towards art, like painting as a life’s work, parents may suppress them given that it does not fall to what society would usually call as ‘productive’.

The child grows up and sees various classical paintings, time stops for a moment as the heart skips a beat. But this phenomenal experience of meaning, and a supposed gateway to achieving higher levels of spirituality is automatically hindered by the perception that artists don’t really earn that much and that the value of their artwork are arbitrarily determined by art curators.

At that very moment, the person will display resentment and dismissal of the possible meanings that could have arose from such pursuit of dreams.

While most of us don’t want to be painters, the essence of the same experience remains constant. We perceive that our lives are not truly free, that we are bound by notions of what should be, and settle for momentary compromises of our being.

If I can’t pursue my dream of becoming an opera singer, at least my job can pay for my opera concert ticket. If I can’t pursue surfing as a life craft, at least I can go on holidays and surf the waves of Hawaii. The further we proceed, the deeper we bury those shadows which inevitably manifests themselves in one way or another.

Life, which is supposedly experienced in its totality and meaningfulness, becomes an avenue of compromise and mediocrity.

Whereas one could have been a great opera singer or a famous artist, he or she is now humbly sitting in the office with his 8-to-5 job which puts meat on the table. In the end, life may become meaningless, lacking an end goal of some sort. Yet people continue to thrive day-and-night, just to move a bit closer to meet their bills.

This is what it means to have a filtered experience of reality. While life should be a great ocean where one can swim freely and navigate endlessly, life becomes no more different than the aquaparks that we go to.

Instead of experiencing the hammerhead sharks in their natural habitats, we see them from a glass tank, so close yet truly far from us. The creation of shadows creates a constantly filtered experience by not allowing us to pursue things that we would have done otherwise.

This filter acts as a constant reminder not to go out of our comfort and safe zones, limiting our experience as an individual capable of endless things.  By influencing the choices that we make, it filters us from true inner freedom.

Continue to Part 4: Tapping Into The Shadow