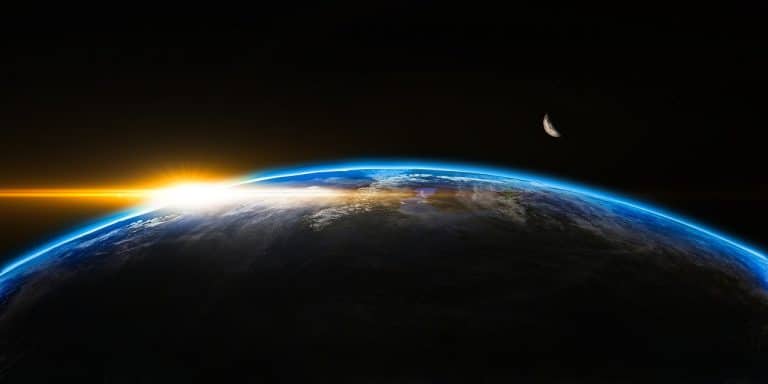 As iconically stated in the 1979 film Hair, many believe we are currently at the dawning of the astrological Age of Aquarius. As we leave behind the dogma ridden Age of Pisces, looking forward to this new age offers hope of communal values, universal love, and sustainable technology. However, the Age of Aquarius is not the only new age in town. In fact, it’s believed that ancient communities such as the Mayans, Hopis, and Hindus all foretold of a coming age that is slated to arrive around our present day. Today, a popular theory among New Agers even claims that the Earth itself is currently gearing up to raise its vibration into a five dimensional plane of reality. Although these claims are a little out-there, in examining the state of our world, it’s certainly clear we’re in a transformative time.

According to both the Hopi and Mayan prophecies, the year 2012 marked mankind’s entrance into a new World Age marked by positive spiritual and physical transformations of our societies. Furthermore, the ancient Vedic culture of India spoke of four great ages, known as yugas, that our society was destined to flow through. Of the four, it is widely accepted that we are currently in the darkest age, the Kali Yuga, characterized by greed, sin, materialism, and ignorance. While some scholars say we still have many more years left in this depressed age, others argue that we’re currently ascending into the Dvapara Yuga where we will enjoy an increase in lifespan and Universal values that support society as a whole. With these theorise lining up with the Age of Aquarius, there may be something to this whole New Age business.

Many New Agers like to describe this current upliftment of humanity as the Ascension. In their belief, as the Earth itself is currently raising its vibration in an effort to cleanse itself of the poor position humanity put it in. As our planet ascends in order to clean out the bad vibes, mankind will have to raise its energy alongside the Earth. From observing society, it is clear that some of us are already sensing this shift. With big efforts being made towards sustainability in both our economy, with clean energy, and in our personal lives, with choices such as veganism, there are certainly many of us working with the Earth in this plight.

Even without the elaborate metaphysical theories, science itself has made it clear that we’re in need of a radical shift in lifestyle in order to save ourselves from extinction. Even the revered physicist Stephen Hawking recently claimed that we only have 100 years left before we have to leave Earth. It seems as though the ancients knew we’d need to make some drastic changes at this time. With the benefit of prophecy on our side, if we work diligently together there is hope we can avoid a coming catastrophe and even establish a new, golden age here on Earth.