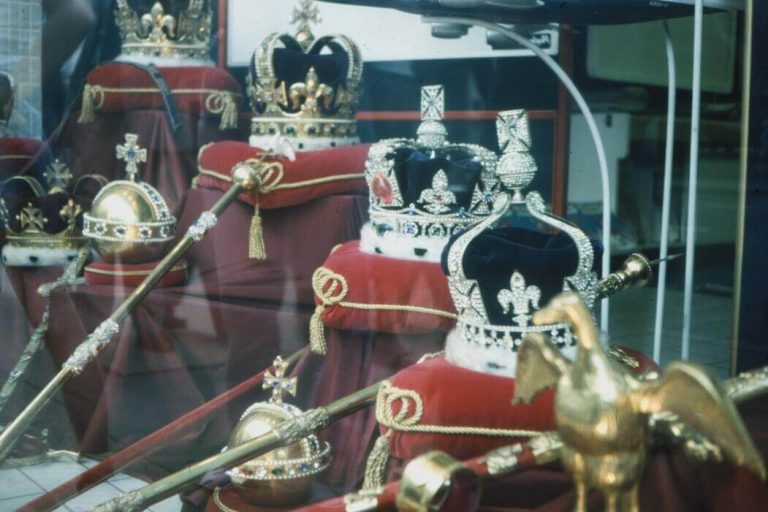 Uncover the Truth about Royal Astrology

Uncover the Truth about Royal Astrology

Even the kings and queens of our past aren’t estrange to the power of our planets and constellations. In their royal counsels, they have royal astrologers to help them make noble decisions. Determining the fate of monarchs and figuring out the best course of action was the duty of the royal astrologer. They receive inquiries such as when to have the coronation, who to trust, who to marry, and many other questions. This is known to be the Royal Astrology!

Our universe always has a way of helping us when it comes to matters of our daily life. However, the universe has a powerful influence when it comes to the lives of royalty. The planetary movements determine the course of our future, and apparently, they had done so in the past as well.

It appears that throughout history, Royal Astrology has had a vital part in monarchical matters. You’ll find that several of the world’s monarchs rely on their court astrologer to help them with their royal affairs. Therefore, you can say that the universe has been guiding our world leaders from the past up until the present. Doesn’t this spark your curiosity? Just how influential is Royal Astrology to our crowned rulers? Ready to know more about our Astro and Royals?

Well, you’re in for a treat! In this article, you’ll know about:

What is Royal Astrology to you?

Royal Astrology is a type of astrology that people of noble berth use. Allowing the constellations and planets in our solar system to bring them guidance and assurance. Everyone needs some sort of counsel to instill within them a sense of direction in life – that includes royalty. These people carry a huge weight on their shoulders and leadership is no joke when so much is at stake.

Their actions have and will create a massive impact on their people. This is why it is rightfully so that they seek advice from the universe. Repercussions of certain actions need to be well-thought of, and decisions need to be made with a lot of discernment. It is truly no wonder that they need the divine guidance of our universe.

The Great Roman General is known to collaborate with astrologers at a certain point in time. Compositions consisting of the notion that you can predict a child’s future from the date of birth came from them. Suggesting that using its birth date with the assistance of a natal chart produces an abundance of information about its future.

Then “Father of Europe” with the Norman conquest came up with a whole new wave of astrological texts. They had the help of William the Conqueror’s court. Which contains Jewish scholars, bringing with them astrological Intel from Arabic, Jewish, and Moorish sources. This was a prominent event for Royal Astrology at this time.

During the 12th Century, King Henry II had an astrologer who is also his tutor with the name of William of Conches. He was able to instill so much belief in the monarch that once he was king, he was also able to patronize Abenezra from Toledo. Later becoming an internationally famous astrologer of his era as a result. His influence was so great that even the old Abbey of Glastonbury had a zodiac set on its floor.

Queen Elizabeth the First had two royal astrologers during her reign: Dr. John Dee and William Lilly. Dr. John Dee was Elizabeth the first astrological and spiritual advisor. Cambridge educated and Welsh parents John Dee was an astrologer, astronomer, alchemist, magician, and serious navigation calculator. He was allegedly able to calculate her coronation date and cast a spell upon the Spanish Armada.

In regards to William Lilly, people refer to him as the “most famous horary astrologer of the 17th century”. Lilly was happy to advise both King Charles and Cromwell. He was able to calculate the favorable escape route for King Charles the 1st at his request. Cromwell even chose to hire Lilly to stand on battlefields to give his verdict before the actual battle began to boost the troop’s morale. He was also famous for a number of startling predictions. That includes predicting the Great Fire of London and the Plague 13 years prior to the events even happening.

King Henry II made the decision of hiring celebrity astrologer Cheiro to calculate the perfect day for his coronation. Unfortunately for him though, Cheiro made an overly simplistic calculation, ignoring the more questionable aspects of the date. This leads people to believe that the 9th of August 1902 had something to do with Edward’s short reign. Quite a dunder for Royal Astrology, don’t you think?

The beloved Queen Elizabeth we all know and love today is a Taurus sign! Queen Elizabeth fits this sign all too well for her obvious practical and passionate nature. She is very giving towards her people and Taureans are known for using their good fortune to help others. Her royal majesty is kind and generous which makes her inner Taurus shine like the brightest star in the sky.

No need to know about the prince’s birth chart to ascertain that the prince is the embodiment of a Scorpio. Not only is he charming but he is also very persistent! The Prince of Wales fits his sign fairly well since Scorpios are known to blaze their own trails. Being the fiercest of all zodiac signs, Prince Charles remains passionate about all of his endeavors throughout his life.

It is pretty obvious that Prince William is a Cancer sign. When it comes to Cancers, it’s all about emotions and feelings. Those in this sign have a deep sense of empathy and are able to relate to the people around them. Not to mention they provide endless compassion and attention to others. Perhaps this is why the Duke of Cambridge seems to form a connection with everyone he associates with.

The Duke of Sussex is a Virgo, being such, he abides by altruism and is always looking for ways to make the world and others’ lives better. Virgos are incredibly adept at big picture thinking and planning out their life. It makes them feel in control and secure. This fits Prince Harry’s big-picture thinking, such as his decision to keep his family life away from the royal spotlight.

Capricorns such as Kate Middleton are the best candidate when it comes to taking on a royal role. They are known to be very career-focused, ambitious, and often make the best leaders. Their talent is in dealing with the messiest of operations and making them perfectly functional never fails to impress. The Duchess of Cambridge manages to be one of the hardest working members of the royal family. All while being a full-time mother to three young kids, imagine that!

Meghan Markle is basically the manifestation of a Leo woman! She is a Los Angeles-born actress who loves the limelight and is a natural-born star. Leos are bold, courageous, and intelligent, they are very strong just as they are very emotional. They strive to leave a good lasting mark on the world and seek to vanquish all forms of injustices. The Duchess of Sussex seems to fit the bill, don’t you think?

Everyone needs some sort of counsel to instill within them a sense of direction in life – that includes royalty. Hence, the existence of Royal Astrology!

Which of the ways Royal Astrology shapes history and royalty signs in today’s contemporary monarchs engross you the most?