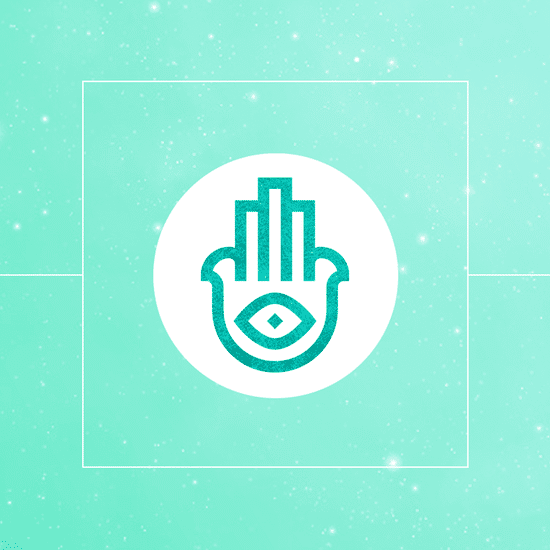 Discover the Influence of Black Spirituality

Discover the Influence of Black Spirituality

Africa has the world’s richest cultures! When asked, “what religion do native Africans adhere to?” ”, you can turn to African Spirituality for guidance! It not only has the oldest religion, but it also has fascinating spiritual rituals. We should also note that Africa is a land of many spiritualities and despite the diversity of African religions, we will focus on the concept of Black Spirituality!

In fact, spirituality isn’t defined by religion. So spirituality is more about how people identify, view the world, engage with others, and make choices. Even native Africans who have immigrated to America may have maintained their spiritual practices as well. Hence, the creation of African American Spirituality, a holistic concept of spiritual devotion. Ready to discover more about this subject matter?

What are African Religions and Black Spirituality for you?

Traditional African religions pertain to the African people’s indigenous or native religious beliefs prior to Christian and Islamic colonialism of Africa. Indigenous African religions are, by definition, multiple and diverse, and are frequently informed by one’s cultural identity, or where one’s ancestors come from in Africa.

The distinction between African religion and faith is that spirituality simply recognizes that ideas and practices touch on and influence every aspect of human life, whereas African religion cannot be isolated from the ordinary or commonplace.

For beginners, many Africans find the term “religion” offensive since it implies that religion is apart from other components of one’s culture, humanity, or society. However, for many Africans, religion is inextricably linked to all of these.

This is a way of life that cannot be isolated from the public realm. In traditional African society, religion influences everything, particularly political art, marriage, health, nutrition, fashion, economics, and mortality.

This is not to imply that traditional African spirituality is a type of theocracy or religious dictatorship. African spirituality simply recognizes that beliefs and practices impact and inform every aspect of human life, and hence African religion cannot be excluded from the ordinary or daily.

What is the role of ancestors in Indigenous Black Spirituality?

Origins have always played a vital role in African cosmology, and this has been the case for centuries. When it comes to their living dependents, ancestors might offer guidance and bestow good fortune and dignity, but they can also impose conditions, such as demanding that their shrines be maintained properly and sanctified.

The custodian of these shrines may also suffer misfortune in the form of illness if these shrines are not properly maintained by their designated descendent. In addition, the belief in ancestors demonstrates the inclusive aspect of traditional African spirituality by postulating that departed forefathers and foremothers continue to play a role in the lives of their surviving descendants.

Are their ancestors and deities the same in Black Spirituality?

An important aspect of African spirituality is the concept of karma. It is not a theological system that is limited. As opposed to some varieties of Christianity or Islam, it does not adhere to a defined creed. Traditions Africans hold diverse views on the role that ancestors play in the lives of their living descendants as a result of this diversity.

Many Africans believe that their ancestors have power equal to that of deities, but others feel that they do not have such authority. In many cultures, the line dividing deities and ancestors is blurred, but in general, ancestors are thought to reside at a higher plane of existence than living individuals and are capable of bestowing either blessings or misfortune on their living relatives.

How do African Religions affect the African American Community?

It is notable that black women have started black girl magic gatherings, witchcraft conventions, mystical festivals, and goth fashion lines, to name a few examples of their efforts. Other than tarot books, they’ve authored works on witchcraft, astrology, and the Black gothic, all of which connect these traditions to their own personal histories, cultures, and artistic practices.

Black women appear to have a stronger preference for therapeutic interventions, and this has been consistently seen. What the white feminists were all about wasn’t only about women’s empowerment, witchcraft, and all the other beautiful things that they were about.  This is most prominent in New Orleans.

Nearly every single Black woman who is active in any of these traditions will tell you that the objective of their work is primarily about healing – and not just treating the bodies, but also healing the spirits of those who are participating. All of them seek to attain spiritual guidance through the black church and the black community.

When it comes to mental health, Smith writes, “to dismiss the religious character of human beings while striving to return them to psychological health would not just belittle a significant mental health resource in the Black experience.” According to the report, “it would further remove Black people from awareness of the creative and spiritual depths in which their humanity contributes and upon which their ultimate well-being depends largely.”

Many Black people, and definitely those from the past, have found that their whole wellness is dependent on the duties and rituals of spiritual practice. Thus, spiritual wellbeing and mental wellness are intricately related; the two activities should be used together rather than individually to achieve optimal results.

It is possible that ignoring the religious character of human beings while pursuing their psychological well-being could “further remove Black people from awareness of the creative and spiritual depths in which their humanity participates and upon which their overall well-being ultimately rests.

#1: Awareness of One’s Own Mind

Despite living in the twenty-first century, millions of South Africans still seek assistance from hundreds of thousands of diviners and healers when they are in need. They assert that they are acting in the name of their forefathers and foremothers and that they have the authority to do so.

In the event that African parents become aware of their children’s or family’s undesirable behavior, they will always seek the advice of the spiritual intercessor. There are several factors to consider while deciding whether to invite a child or family member to be an intercessor on behalf of their ancestor.

Alternatively, we could consider if the child is cursed or a witch – in either case, we should refrain from passing judgment because this requires humility. The job of the hurting, or the mission of the vulnerable, is to become aware of people’s agony by listening to them. As a result, reflective awareness necessitates the development of empathy.

#2: The Realm of Spirits

In Africa, fate and reality are intertwined with the spirit realm and the spirits themselves on a deep level. In the African tradition, there are descriptions of the various spirits that can be encountered. They are as follows: nature spirits from the sky, angels, and fairies (sun, moon, stars, rain, wind, thunder, and lightning).

In addition, the earth (mountains, trees, forests, metals, water in different forms like ponds, rivers, and waterfalls). Those who believe in the spirits of the sky and the ground can better grasp what is going on in the world around them. Human spirits constitute the second category of spirits.

Folklore includes the presence of spirits from the distant past in order to preserve the way things were when they lived in the mortal realm. A few of the spirits are some of history’s most notable figures, including presidents and prime ministers. Throughout history, their people have elevated them to the level of divinities through myths and ceremonies.

#3: Effectiveness on a Global Scale

Indigenous African Spirituality is neither a retreat from the world nor is it an escape from reality; rather, it is a participation in and interaction with reality. Despite the fact that African religious ideas and practices are not recorded in sacred books, they are recorded in the lives of the people.

For example, participating in various rituals and attending various festivals are examples of methods to demonstrate spirituality in a more obvious manner. As a celebration, spirituality communicates to the rest of the world that you are pleased with yourself for having a sincere relationship with the universe!

Because community is a significant part of African society, Traditional African Religion is collectivist rather than individualistic in nature. The preservation and maintenance of traditions and beliefs are the responsibility of the community as a whole.

African religion has a vital duty in this regard, which is to establish communication between the world of the ancestors and the mortal realm. All the while, they work to promote communal peace and a sense of belonging among their constituents.

The teachings of African Spirituality say that marriage and childbirth can help to mitigate and neutralize the impacts of death. Furthermore, African children are raised with the concept that marriage is a holy obligation that every person is responsible for carrying out.

This is because marriage provides a sense of family and belonging, and it is associated with spirituality. Weddings also bring together people from all three phases of human life: those who have passed away, those who are still alive, and those who are yet to be born.

#6: The Concept of Transparency

Africans are willing and ready to engage in discussion with people, ideas, relationships, and insights from other cultures if they are presented with the opportunity. In order to be spiritual, one must take an ecumenical approach, which means actively engaging with people of other religious beliefs and perspectives. This also entails listening to viewpoints and ideas that are different from one’s own, which is something that most Africans have accomplished.

African worldview holds that reality is a whole that is bigger than the total of its individual components. This is due to the fact that everything interacts with and reacts to one another. Tradition has it that all life is spiritual and that the spirit realm oversees everything, along with the physical world, according to the traditional African religion.

As you’ll see, African Spirituality does not establish a line between the physical and the spiritual worlds of experience. It is important to recognize the holiness of everything that exists in the world, whether it resides in the mortal realm or not. In the grand scheme of things, we are all connected.

African Religions and each of their spiritual practice are crucial to the cultural identity of every Native African as well as the African Americans.

What is the most interesting fact about Black Spirituality for you?

Let us know through the comments down below!