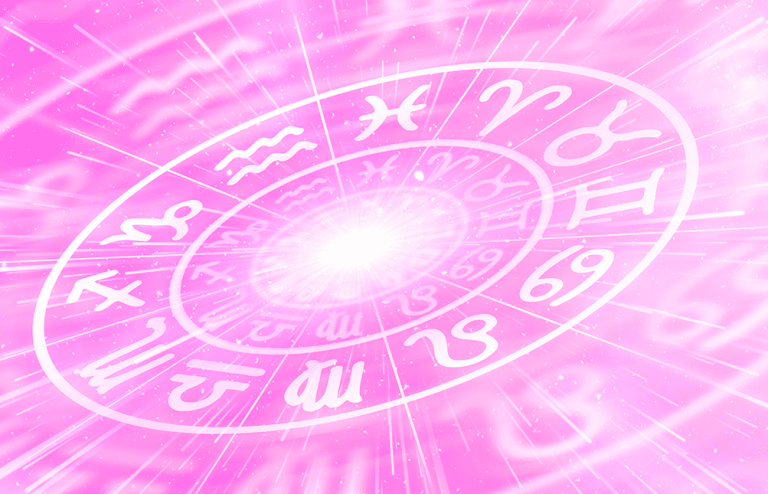 Fixed Signs in Astrology: A Deeper Dive into the Zodiac Signs

Fixed Signs in Astrology: A Deeper Dive into the Zodiac Signs

The zodiac sign groups are separated into three groups in astrology; these divisions are referred to as modality astrology. These categories include cardinal, fixed, and mutable signs. The modalities are one of the ways that can assist us in comprehending the vibe of each sign. Taurus, Leo, Scorpio, and Aquarius are the signs that are considered to be fixed signs.

Gemini, Virgo, Sagittarius, and Pisces are mutable signs, while Aries, Cancer, Libra, and Capricorn are cardinal fixed signs. In terms of seasons, Taurus falls in spring, Leo in summer, Scorpio in autumn, and Aquarius in winter. So they’re the zodiac’s “stabilizers.” Fixed signs are the best friends who assist you when you move and bring ice cream after a breakup.

They’re also quite creative, and once they’ve had an idea, they’ll see it through to completion.  Meanwhile, these loyal signs also have a few negative characteristics. Notably, they are stubborn. If they’ve made up their minds, good luck convincing them to reconsider. They’ll battle for their views, and good luck convincing them when they’re incorrect. Ready to know more?

This is in contrast to the cardinal signs, which are known as the “starters” of a season, and the mutable signs, which are known as the “editors” of the season. You can visualize these four indicators as the people in charge of the project. They desire to keep things structured, keep the momentum flowing, and take over an idea or project that has been “handed off” to them by a cardinal sign.

The verb “to fix” comes from the Latin word fixus, which means “to latch on to.” Fixed signs are those that are located in the middle, and because they are the continuation of what has already begun, they are typically reliable and consistent. They are able to put things in order and keep up a consistent level of activity for an extended length of time.

Fixed Zodiac Signs and their Meanings

There’s a proverb that goes, “Don’t mess with the bull or you’ll get the horns,” and you’ve probably heard it before. To tell you the truth, it does have some truth to it. Once provoked, Taurus is hesitant to become angry, but once they do, be prepared for a fight on your hands. The bull is known for his patience, generosity, and faithfulness.

In addition to this, they are sensual and have a taste for the finer things in life. Their artistic energies and tireless work ethic more than make up for their defiance. Do not even attempt to start a dispute regarding the hues of the paint. Because Taurus is such a rooted sign, those born under this sign have a reputation for being stubborn due to the fact that they represent the fixed Earth element.

Imagine them as if they were “fixed” in their positions. They have a reputation for being highly tenacious and having the capacity to apply themselves with a dedication to any endeavor they undertake. These individuals have a fixed nature, so they enjoy structure, routine, and stability.

Additionally, since they are ruled by Venus, the planet of love and pleasure, they are interested in the luxuries that life has to offer, such as fine cuisine, fashionable clothing, and a warm and inviting living space.

When these hip cats and kittens find themselves with nothing better to do, they enjoy stirring up trouble, but in reality, it’s mostly simply an experiment to see what the fallout will be. Leos acknowledge their eccentric nature and take pride in it. Their performances are nonstop, which can be exhausting for some people, but their kind and devoted hearts are their saving grace.

They are the center of attention at every event and the most dependable friend in the middle of every social group. Leo is a fixed fire sign, which is an interesting combination because it is practically fundamentally opposed to the other elements. Leos are known for wanting to be the center of attention, going for their dreams, and having plenty of room to wander.

However, once they are back in their own environment, they are able to relax completely because they like spending time with their families. They adhere to customs, yet at the same time, they enjoy an active and exciting lifestyle. On top of that, Leos have the bravery and strength to take on everything and everything because they are symbolized by the lion, which allows them to do so.

Because they are born under the sign of fire, they typically have a dynamic and charismatic personality, which complements the fixed quality of their sign. Whatever it is that they are working on, it is easy to see traces of their personality in it.

Scorpios, who are the only fixed water sign, will utilize their stingers as a means of self-defense against anyone who poses a threat to them. There is no other sign that can compare to these in terms of their gloomy intensity and intuitive nature. These passionate Scorpios are problem-solvers, and since they are so strong-willed, they always make sure that the tasks on their to-do lists are finished to the highest possible standard.

Because of how stealthy they are, you should be on the lookout for them. Be careful not to anger them! As a sign that is both fixed and ruled by water, Scorpio is equipped to deal with a wide range of emotional challenges. Being emotional is not in and of itself a negative trait; nevertheless, due to the fixed nature of emotions, they frequently become “fixed” or trapped in the body, where they remain unreleased and contribute to the buildup of underlying tension.

This can manifest itself in the form of envy or an overwhelming assortment of feelings. On the other hand, these individuals are also renowned for their ambition, as well as their tenacity, bravery, and faithfulness (qualities that are shared with Leo). Furthermore, these characteristics relate back to their status as midseason players, since they are always willing to assist and see a mission through to completion.

The water bearer, which is the last of the zodiac’s fixed signs, is considered to be the community organizer for the other fixed signs. The Aquarius person applies their intelligence to the process of developing their beliefs and then communicating those beliefs to the rest of the world. When this air sign has developed an ideal, they will recognize it as a fundamental fact that needs to be shared with others.

These humanitarians are so devoted to resolving all the issues that plague the globe that they may come out as a little cold to those around them. In reality, though, they place high importance on their intimate relationships; they’re just not the life of the party. Not to be outdone, Aquarius is an air sign that is fixed. Because of the fixity of their astrological chart, Aquarians have a tendency to be very free-spirited, but they also have a type-A side to them.

They note that campervans are an ideal representation of Aquarian energy and explain that they are both migratory and rooted at the same time. Also, they try to make it seem as though they have established some sort of residency wherever they are. Additionally, Aquarians enjoy being in charge, since they have no issue taking the reins and are frequently well-suited for positions of authority. This trait makes them good leaders.

As the sign that comes immediately before the last one in the astrological year, they are self-reliant and possess a visionary quality, in addition to providing a wealth of wisdom.

The Traits and Significance of Fixed Signs

Due to the fact that fixed signs appear after the season has already begun, they stand for digging deeper and striving to achieve the full potential of what has already been started. They are capable of starting things off, but their actual gifts only become apparent when they are able to immerse themselves in something that is already in progress.

The fixed signs have an extraordinary capacity for tenacity, and in many cases, they serve as symbols of productive independence. They take pleasure in the high points of their accomplishments, but they appear to be most at ease with who they are when they are engaged in an activity that is both worthwhile and difficult.

The ability of fixed signs to persevere until the very end is one of their greatest strengths. However, they have a difficult time letting go of things, even when it looks like the situation is hopeless. They are not known for their adaptability and have a more difficult time than the other attributes when it comes to dealing with change.

Also, they have a tendency to become inflexible, stubborn, and petulant on bad days. In most cases, a birth chart will contain a variety of characteristics, which means that nobody is forced to carry the burden of all of those undesirable attributes. When it comes to getting things done, fixed signs are a miracle in and of themselves.

But there are moments when they describe it as having an empty feeling, and they wonder if this is truly what they want to be doing. They are at the height of their power when they are confident that the direction they are traveling in is in accordance with the deeper calling that their soul has given them.

Fixed signs frequently achieve the level of success they seek in any endeavor they set their minds to. If you find yourself to be a part of the fixed signs, you should be proud of yourself!

What aspect of being a fixed sign rings truest to you?

Let us know through the comments down below!