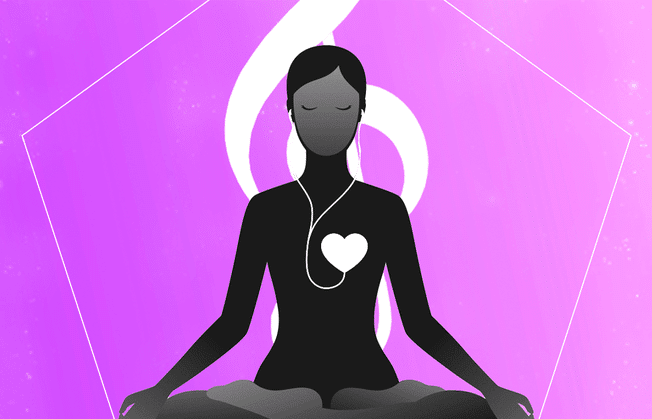 The 4 Important Aspects of Music & Spirituality

The 4 Important Aspects of Music & Spirituality

Music and Spirituality are inextricably linked, with spirituality frequently serving as an inspiration for musical compositions and music generally establishing the right mood for spiritual events. Many people utilize religion as a channel for their everyday spirituality, despite the fact that spirituality does not have to be experienced through religious practices.

The objects that have been chosen here help to highlight the tie that exists between music and several of the world’s most influential religions, including Islam. Religion, culture, or genre cannot define the spiritual aspect of music because it is a universal phenomenon. Music comes before and surpasses all of those systems and ideologies.

To even bring up the subject of music and spirituality as if they were separate notions seems a little strange to me. At its most basic level, music is the sound of the spirit. Whenever music is created from the heart, with honesty and pure intention, it is a spiritual manifestation of the highest order and universal nature. Do you wish to enhance your spiritual life with the help of music therapy?

What is Music and Spirituality for you?

A common occurrence in cultures all over the world is the pairing of music with spirituality, with the goal of strengthening one’s interaction with the divine through these two arts. Music is integrated into religious practice in order to enhance the transpersonal elements of worship, meditation, and rituals. As a result, musical experiences are filled with spiritually-based ideas and practices, allowing people to connect with themselves and with others in a profoundly transformative way.

Despite the fact that music and spirituality are both pliable mediums that respond to the individuals who engage with them as well as the contexts in which they engage with them, for many people this effortless, reciprocal flow between the two may come as no surprise.

As an example, if Amazing Grace is being performed at a funeral in a church with a huge congregation, the music may be played at a louder volume, with increased pressure, and with enhanced resonance to match the energy of the congregation as they worship via singing.

When performed bedside in a hospital room with patients and caretakers, Amazing Grace may have softer, more devotional aspects that are intended to comfort the patient in their weakened physical state while also fostering close musical bonding between the patient and caretakers.

How does Music and Spirituality Affect Health?

Likewise, one person may value palliative care enhanced quality of life, while others might prioritize curative treatments’ potentially increased longevity. Music, spirituality, and health all have dynamic, emerging features as a result of being culturally oriented phenomena. That is the diverse cultures in which music, spirituality, and health appear have a direct influence on how they are perceived and interacted. What holds true for the brain also holds true for the body and psyche.

Music has great impacts on physical and mental health and is employed in therapeutic settings to treat various conditions. It not only relieves tension and encourages relaxation, but it can also help with depression. Music therapy, for example, has been proved in tests by Professor Christian Gold of the Norwegian University of Bergen to help patients overcome learning impairments. Music therapy is also beneficial to those suffering from schizophrenia and dementia.

Research by Professor Sandi Curtis from 2011, conversely, analyzed the effects of music therapy on palliative patients: 101 persons received music therapy treatment, which alleviated discomfort, assured relaxation, and improved their mood. For so many patients, it also meant an improvement in their quality of life. They even requested for music to be played in their dying moments.

What do music therapists have to say about this?

This encounter is regularly navigated by board-certified music therapists in hospice. Hospice is a care concept that stresses quality of life for those who have six months or fewer to live, focusing on major health conditions with limited time to promote resolution and closure. At this point, spirituality can be a precious asset for patients and families who are dealing with the present while also planning for the future.

The specific faith traditions of the patient – not just an identified congregation but the explicit experiences patients engaged in as part of their spiritual practice – determine the type of resource spirituality can become (for example, comfort in ritual, strength from scripture, or peace through prayer/meditation/worship).

Music therapists analyze each patient’s faith traditions and, in conjunction with a comparative examination of the patient’s music traditions, create music experiences that assist patients to become aware of and interact with their spiritually-based resources. As human beings, music is obviously an integral part of their existence and their whole life.

These culturally relevant therapeutic music methods weave music, spirituality, and health together in a way that gives patients control over the circumstances of their death. However, recent discussions in the music therapy literature have framed spirituality in such a wide and generic way that it is difficult for music therapists to discover spiritually-based resources in patients.

Aspects of Music and Spirituality on Human Beings

Each society has its own set of musical practices, yet there are some characteristics that are shared by all civilizations. Music is an essential part of the creation – the “big bang” of myths and ritual practice, as well as a means of establishing or strengthening social relationships – all of which are essential elements of any culture’s identity.

Historically, sound has been held to be the source of the universe, as demonstrated by Plato’s sphere of harmony, for example. Hinduism also offers a form of acoustic theology, which holds that sound has divine origins and is therefore sacred.

Sound and music are associated with a kind of dream realm for indigenous peoples in North America and Africa. Anyone who has access to this realm, and therefore to music, possesses extraordinary abilities, and they are regarded as a healer or music therapist.

#2: How Music affects the Human Consciousness

As Arthur Schopenhauer puts it, “the effect of music is so very much more intense and penetrating than is the effect the other arts, for these others speak only of the shadow, whereas music speaks of the substance,” he argues. When one looks into the human brain, one may observe that the German philosopher’s assumption appears to be correct.

Supposedly, nothing has a more positive impact on our brain’s physical and chemical makeup than music has on us. For starters, it promotes the growth of gray matter in the brain, which is where the synapses are situated. The corpus callosum, which is the bar that links the two parts of the brain, becomes thicker with age.

Furthermore, MRI scans and EEG recordings reveal something quite remarkable: when creating and listening to music, practically all regions of the brain are active – including the brain stem, which is the earliest part of the human brain and the site of its origin. It responds to music, despite the fact that it does not respond to language.

#3: The Right Music for Your Mood

According to a study published in PLOS, music has a significant impact on our emotions as well as our visual awareness. Whereas the participants were listening to music, they were given photographs of a smiling face that was both happy and sad.

Music has the ability to put us in a variety of different emotions, and there is music to suit every mood. During the summer, for instance, we enjoy fast-paced, upbeat music. Whenever we listen to popular music, dopamine is released into our bodies, causing us to feel happy.

We can make use of this impact in the following ways: For example, listening to great music before a test or a lecture puts us in a positive and cheerful frame of mind, allowing us to take on the task with enthusiasm. You don’t music therapy and a music therapist to find the right music for your mood.

The concepts of mindfulness and spirituality are not synonymous. First, the phrase is used to define the attentive awareness of what is going on around you at a certain moment in time. Spirituality, on the other hand, is not bound to our view or to a specific moment. It is the expression of the inner, spiritual life that exists within us and extends beyond our individual limitations.

Rather than capitalizing on its benefits, the problem with mindfulness is that it has been Westernized in an attempt to capitalize on its benefits. In the words of a former Buddhist monk and active Dharma teacher Santikaro, “McMindfulness” is a fast-food chain from the United States that is immediately available, handy, and satisfies a need that arises on a priority basis.

As per Santikaro, managers, and businesses frequently exploit it in order to extract even more performance from their staff or to promote based goods and services. Mindfulness, on the other hand, has the power to bring about inner liberation in its original form. It has the potential to assist us in escaping our ego if we practice it effectively and honestly.

You don’t need music therapy and a music therapist to be able to harness music and spirituality. This can prepare the path for us to live out our spirituality more fully.

What is the most interesting aspect of music and spirituality for you?