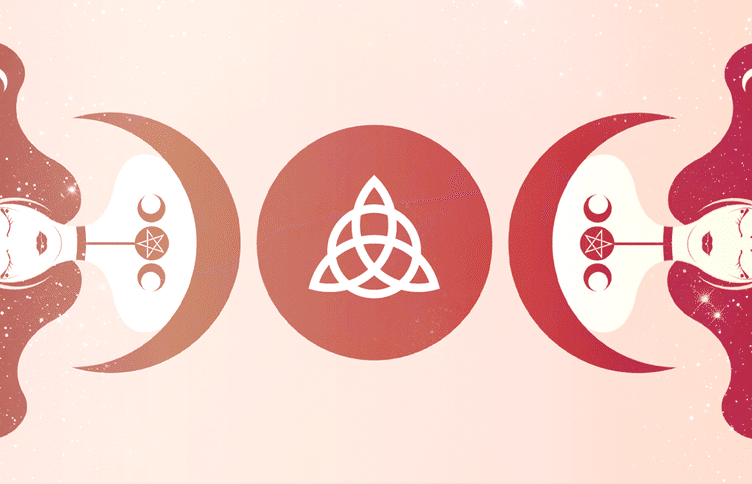 A Fundamental Guide to Pagan Spirituality

A Fundamental Guide to Pagan Spirituality

Pagan Spirituality is a rapidly rising spiritual movement based on nature-based polytheistic faiths of the ancient world. Their views are diverse, rooted in veneration for nature and the natural world, and non-authoritarian religion. Other names we’ve been called include Wiccan, Witch, Heathen, Asatru, Druid, Faerie Tradition, Solitary Practitioner, and Eclectic.

“No sin, no suffering,” according to Pagans. It is believed that the divine is present in the natural world, not in the sky. Pagans deeply revere nature and the earth as there are also earth-conscious Pagans. Some Pagans worship many Gods and Goddesses. Others consider them as only names and forms that facilitate spiritual contact.

Pagans typically perceive the divine in both male and feminine principles. Also, Pagans don’t recruit. We believe that everyone worships the divine in their own way and that no religion is superior. The Pagan Community or contemporary pagans may believe in pagan religions or pagan theology, but there is more to them than that. Are you ready to know more?

We’ve got you covered! In this article, you’ll know more about:

What is the origin of Pagan Spirituality?

It was in the 1950s that a new spiritual and nature-centered religion began to gain popularity. It was dubbed Wicca, and those who practiced it were referred to as Wiccans. From the outside, it seemed possible that Wiccans followed something other than paganism, which led to some confusion among those who were unfamiliar with them.

This raises the question of whether or not you are a pagan if you practice Wicca. A Wiccan is someone who observes “a nature-oriented religion with rites and practices that are drawn from pre-Christian religious beliefs,” according to Wikipedia. Witchcraft is generally associated with religion, which is understandable.

“A pagan is a member of a religious, spiritual, or cultural society that is centered on the worship of nature or the ground,” according to the Oxford Dictionary. As a result, Wicca is considered a subcategory of paganism rather than a separate religion. There are a lot of misconceptions about what it means to be a solitary pagan.

The term “Wicca” is neither more nor less mysterious than the rest of the world’s main faiths, as demonstrated by a closer examination of what it genuinely means—and, more significantly, what it does not mean.

What is Wicca for you?

In England in the 1950s, there was a man named Gerald Brosseau Gardner who established Wicca as a religion. Gardner published the book Witchcraft Today in 1954, following a period of time spent traveling and researching throughout Asia. This bookmarked the beginning of a movement founded on pre-Christian traditions, with three basic pillars: magic, reverence for nature, and worship of a goddess and other deities.

The origins of the term Wicca can be traced back to 1970–1975, with roots in the Old English term for a male sorcerer (Wiccan). Old English Wicca is also credited with being the source of the term “witch.” Those who equate the words witch and Wicca with Satanism and devil worship may be alarmed by the mere mention of the words.

There is, however, and has always been, no relationship between the two. Wicca is built on traditions, rituals, and beliefs that have existed for thousands of years, far before Christianity and the concepts of hell and Satan that are familiar to most people today.

In today’s society, Wicca is seen as a modern kind of witchcraft, and one of the most significant contrasts between Wicca and paganism is the emphasis placed on magic. With ceremonial magic and rituals, this magical perspective was woven into the fabric of Wicca practices from the beginning.

What is Paganism for you?

A pagan is someone who practices the religion in a rural or civilian setting. The term was first attested around 1325—75 and originated from the Late Latin word paganus, which means “rural, civilian.” Paganus is derived from the Latin word pagus, which means “village or rural district.” Eventually, it was used to describe a civilian who was not a soldier of Christ as well as someone who was a worshiper of false gods from a Christian point of view.

Paganism, on the other hand, is not some long-forgotten religious belief. The spiritual movement known as neopaganism today is based on pre-Christian rituals and customs, as well as a strong reverence for the natural world.

Neopaganism can be traced back to the 1800s, and the forms we know today were significantly influenced by a revival of nature and fertility worship in the 1960s in the United States, the United Kingdom, and Scandinavia, as well as other parts of the world. Followers hold a varied range of views that are centered on connecting with the natural environment and treating all people with equality.

They may worship a variety of gods and goddesses, but the ones they choose to worship are essentially up to each individual or community. Wicca is, by definition, a subset of neopaganism, which is a broader spectrum of religious beliefs. Both neopaganism and Wicca place a strong emphasis on spirituality, nature, and fertility as central themes.

How was the term historically used?

Paganism was historically used to refer to people who practiced a polytheistic religion, which meant that they worshipped more than one god at the same time. People like the ancient Romans and Greeks, for example, were pagans. It is the doctrines of the world’s major monotheistic religions that have created a negative relationship between paganism and them.

The time for using the word in that sense has long passed, and the terms “pagan” and “Wiccan” are no longer used primarily as an insult. Wiccans absorbed (and expanded upon) the teachings and beliefs of paganism in order to create their own neopagan set of rituals and practices.

How is Modern Paganism today?

A religious movement influenced by or drawn from the different historical pagan beliefs of pre-modern peoples is referred to as Modern Paganism, which is also known as Contemporary Paganism and Neopaganism. Despite the fact that they share some characteristics, current Pagan religious movements are varied and do not adhere to a single set of ideas, practices, or sacred texts.

The majority of scholars who examine the phenomenon consider it as a movement that is divided into many religions; others treat it as a single religion within which diverse Pagan beliefs are denominations, and yet others treat it as neither.

Adherents draw on a range of pre-Christian, folkloric, and ethnographic sources to varying degrees; many adhere to a spirituality that they consider to be wholly modern, while others assert prehistoric ideas or strive to restore indigenous, ethnic religions as authentically as they can.

Researchers have identified a range of beliefs within the Pagan movement, with eclecticism on one end of the spectrum and polytheistic reconstructionism on the other. Pagan theology is characterized by polytheism, animism, and pantheism, among other things.

Contemporary Paganism has been associated with the New Age movement on occasion, with scholars pointing out both the similarities and distinctions between the two movements. It was in the 1990s that the academic area of Pagan studies began to take shape, having emerged from diverse scholarship throughout the prior two decades.

Paganism holds to the belief that nature is sacred and that the natural cycles of birth, growth, and death that we experience in the world around us have significant spiritual importance to us. Human beings are considered to be a part of nature, along with many other animals, trees, stones, plants, and everything else that exists on this planet, according to this view.

Pagan Spirituality or Modern Paganism is a spiritual journey for modern societies as most pagans see this as a modern movement among environmental groups. Such groups experience a personal transformation as many pagans use eco magic during their pagan studies.

Do you feel as though these belief systems are perfect for your way of life? How so?

Tell us in the comments down below!