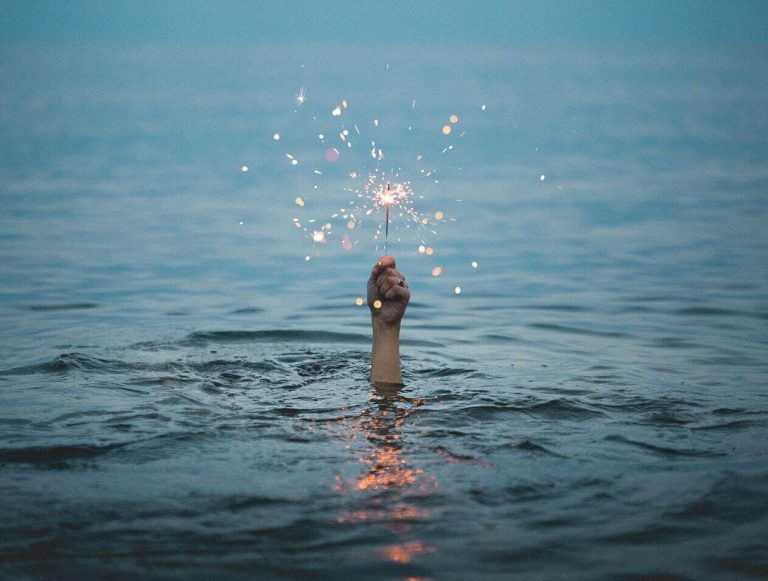 The New Era entails a wide variety of social change and social transformation from people’s own experiences in certain beliefs and practices. This New Age Spirituality Movement encourages self-spirituality and self-reliance, which further strengthens human potential, paving the way for a New Age Religion. Six in ten people in the world put so much importance on mystical experiences and this coming era has channeled messages of positive thinking.

Society doesn’t know it but it is slowly accepting the New Age Religion. Spiritual energy goes hand in hand with religious beliefs and the New Age Movement brings about a generation that embraces social change. This religious movement consists of combinations of traditional forms of religious beliefs while infusing it with New Age beliefs such as crystal healing, for example.

Positive thinking can take you to far places if you let it and allow it to manifest in your reality. This is what the New Age Movement is all about, it’s not just a religious movement, you see! Can you imagine just how impactful and effective the social change this movement can bring forth to the generations to come? Different people from all walks of life of all ages will experience a New Age Evolution as well! Still skeptical about this movement?

Well, we’ve got you covered! In this article, you’ll know about:

What is the New Age Movement/Spirituality to you?

During the 1970s and 1980s, the New Age movement spread through the occult and metaphysical religious communities. It understood a “New Age” of love and light and gave a taste of what was to come through personal transformation and healing.

The movement’s most avid followers were adherents of modern esotericism, a spiritual worldview dependent on the development of metaphysical wisdom. One that has been popular in the West since the 2nd century AD, primarily in the area of Gnosticism.

The New Age movement is generally known as both a social group and a new social movement in America. As a social group, New Age refers to individuals who share a core set of religious and social values and communicate about those values in a shared language.

Meanwhile, as a new social movement, New Age refers to a loose grouping of people who reject the prevalent capitalistic and Judeo-Christian ethos of early America. It is looking for a new way to address personal spirituality, the natural order, sexual identity, work, utilization, and the body.

What is the Significance of the New Age Movement to you?

With two simple ideas, the New Age movement brought together a diverse group of believers. First, it foresaw the arrival of a New Age of higher spiritual consciousness and global peace, stopping racism, inequality, illness, poverty, and war. This social change would eventually lead to the general population’s massive spiritual awakening over the next generation. And second, people could experience the New Age by undergoing a spiritual transformation.

The majority of New Age practitioners acknowledge that there are various paths to achieving “spiritual fulfillment”.  That is not all, but exploring and experimenting with various New Age practices is common. So that people can find the “mix of beliefs and practices that suit them”, surveying which diverse belief fits you best.  As a result, New Agers reject the notion that one religion has a monopoly on morality. In reality, the New Age movement is more akin to a banquet of relative truths.

What are the Aspects of New Age Spirituality?

#1: The Bright Future of Mankind

Countless New Agers believe that humanity is on the verge of a cosmic spiritual transformation, a kind of massive shift in evolution. One that will take place within the framework of human conscious awareness. The evolution will include a greater awareness of the unity of the family unit, the intimate relationship between humanity and nature, and the inherent sanctity of all human beings.

New Agers think that there is a “deeper reality” behind what our senses can perceive that connects us all to one greater collective. This reinforces their acceptance of diversity – different paths lead to the same “transcendent bond”.

For most in this movement, going beyond known social codes and belief systems is necessary to realize a deeper truth and wisdom at the center of the soul. This aspect of New Age religion embraces energy healing treatments from around the world and fixates on the overall well-being of the body, mind, and spirit.

As many New Age practices are about “refining oneself“, there is a focus on self-improvement, embarking on self-improvement, or even a self-transcendence journey. This frequently entails going beyond one’s “socialized self” and connecting with one’s “authentic self” or “true self” through methods such as meditation.

#3: The Unity of Science and Religion

The third aspect of the movement is its attempt to reconcile science and faith in a greater synthesis that improves human nature both materially and spiritually. New Agers are unwilling to accept traditional religious doctrines that are clearly at odds with empirically verifiable scientific facts.

At the same time, they are unwilling to accept a purely materialistic science totally lacking spiritual understanding. The New Age movement envisions a social order that brings together the profound enlightenment of faith and science.

Idealists support the concept of a timeless truth at the heart of the world’s great religious traditions. Thus, they believe that all religions are a common treasury of spiritual practices for use as necessary by modern searchers. Members of this universalizing movement emphatically reject exclusive claims to truth made by traditional religions, as well as ethnic or national domination.

In the New Age Movement, the self is seen as the highest power. Instead of accepting an external god’s truth, one must seek the god or goddess within and chart one’s own path to perfection. This corresponds to Anthony Giddens’ concept of “detraditionalization” because New Agers do not accept the authority of traditional forms of religion; instead, they look to themselves.

Furthermore, a cornerstone for New Agers is that truth exists within the person and must experience this personally to be free of traditional philosophies and ideologies. Many New Age teachings encourage aspirants to compare any belief or practice to their own gut instinct.

Thereby, these principles believe that each individual brings a spiritual reality that can discern the true value of any particular belief. Numerous New Age spiritualities pledge to make it easier to connect with one’s “inner self” with and without traditional forms of spirituality.

Ways of Improving Your Spirituality with the New Age Movement

Different people from all walks of life have different views on spirituality. Humans, with the help of the internet and other external factors, can finally accept the diverse new religious beliefs brought by the New Age Spirituality!

Which is your favorite aspect of the New Age Movement?