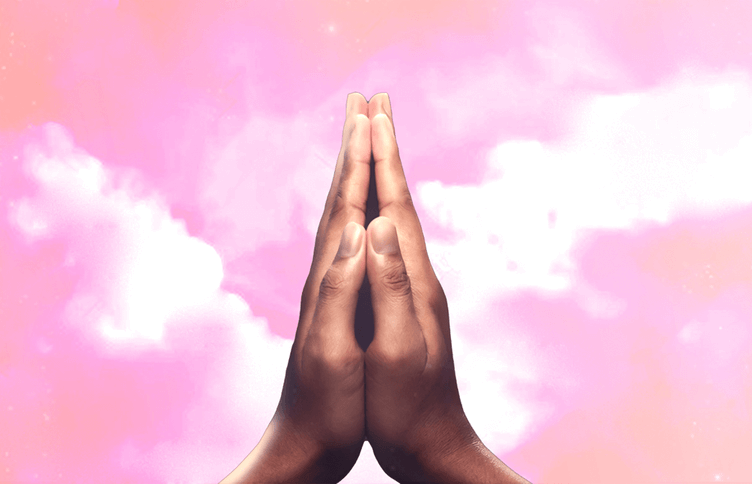 The Divine Meaning of Religion and Spirituality

The Divine Meaning of Religion and Spirituality

In order to grasp the purpose of life and how a relationship with higher power may influence that meaning, both religious and spirituality are found in the attempt to understand what it is that makes us human. Spirituality and religion are fundamentally distinct in their foundations, but they are extremely similar in their practices.

In certain aspects, they have the same effect as one another. For instance, religion and spirituality can help some people cope with stress by instilling feelings of serenity, purpose, and forgiveness in their hearts and minds. However, because of the differences in their nature, the benefits of the two are often different. Are you ready to know how religious beliefs and spiritual practices make a difference for you?

What is the distinction between religion and spirituality for you?

Many people’s earliest encounters with spiritual topics and things beyond the physical realm are through religion. Religions, on the other hand, are frequently sectarian in nature. A ‘sect’ is a collection of people who believe their path to God is the best and most preferable. Religion is defined as a personal or institutionalized collection of religious attitudes, beliefs, and practices as well as the service and worship of God or the divine.

One of the primary concepts of Spirituality, however, is that there are as numerous pathways to God as there are people. Just like how a doctor may not prescribe the same prescription for different conditions that different people may have, the same form of spirituality does not always benefit everyone. Whenever spiritual practice is tailored to an individual’s temperament and needs, spiritual advancement is accelerated and spiritual development is imperative.

“Spirituality is the dimension of humanity that relates to the way humans seek and express purpose and meaning, as well as the way they sense their connection to the moment, to self, to others, to nature, and to the meaningful or sacred,” writes Christina Puchalski.

Why is it important to have your own spirituality?

Our desire to be happy in our life is the driving force behind all of our worldly aspirations, regardless of who were are and whence we came from. No matter what our ethnic heritage, religion, or gender is, or what our social or financial level is, this is a need that we all share. Nevertheless, according to our findings from spiritual research, the average person only experiences happiness 30 percent of the time on a regular basis.

One of the most common reasons we experience dissatisfaction is because of difficulties in our lives. Everyone is aware of the physical and mental factors that contribute to troubles in one’s life. Many people are unaware that problems that appear to be medical or mental in character can actually have a spiritual core cause. Hence, the need for spiritual development in our lives.

This indicates that even if a problem is caused mainly by spiritual factors, it might express itself as a bodily or psychological issue. The most common spiritual troubles faced by religious groups and religious institutions are those caused by destiny (karma), problems caused by departed ancestors, and anguish caused by bad energies (as opposed to positive energies).

What is the importance of having spiritual leaders?

Because a spiritual leader has traversed the path, He is an authority on the subject and can guide us on the way to God-realization. Alas, in today’s world, 80 percent of spiritual leaders are imposters or lack spiritual authority. They dress in the guise of Spirituality in order to make money and obtain status; they have harmed society by misinforming those who are engaged in Spirituality.

Many people in today’s world have a spiritual level of about 20% in their institutional religion and are ill-equipped to determine if a person communes with a higher power or not. They usually end up following someone who can heal them or work miracles. If a seeker’s desire is sincere, the Divine Principle gets involved and directs the seeker to a genuine spiritual leader.

The Differences between Religion and Spirituality

#1: The Systemized or Unsystematic

Religion’s organization is one of its distinguishing features. It is a structured, typically rule-based construct that guides the behavior of its members to some extent. The systematic framework that holds the religion’s distinctive belief system is comprised of moral rules, regulations, and doctrines, and also specific norms and criteria.

This isn’t always a terrible thing. In past, more uncertain periods, the rules and doctrine of religious doctrine served to provide society with a high level of certainty while also guiding and comforting those who lacked faith.

Spirituality is liberated from the constraints and rigid structures that are sometimes linked with traditional religion. The spiritual seeker understands that they are on a “pathless journey” of self-discovery. They are following their own inner call to the spirit rather than a set of external laws.

In this regard, spirituality can feel like a rebellious act of going it alone and leaving the community, somewhat in the spirit of American philosopher and poet Ralph Waldo Emerson‘s statement, “To be yourself in a world that is always attempting to make you something else is the crowning achievement.”

#2: The Traditional and Evolutionary Approach

Religions are by nature profoundly ingrained in tradition, ritual, belief, and doctrine due to their centuries – to millennia-old histories. Religious institutions strictly guard their rituals and ideals, adhering to the past and the original interpretations of the founder’s precepts.

This is acceptable given that all religions want to maintain the substance of their teachings in order for them to be faithfully conveyed throughout history. Usually, in the traditional sense, church attendance is a must for all religious people and they are required to participate in church services.

Spirituality, on the other hand, is frequently less focused on the rigidly traditional approach and often promotes an evolutionary perspective. This pertains to a more adaptable and flexible attitude toward the primary teachings of the great wisdom traditions, as well as the realization that, as the definition indicates, spiritual growth is a process of evolution.

Spirituality accepts and encourages change and the expansion of awareness. As human beings, society, and the world progress, so do ideas and interpretations of spiritual activity.

#3: The All-Around or Restrictive

Traditional religious beliefs, which are frequently founded on strict interpretations of important teachings, can produce an exclusive worldview that separates individuals who do not share their perspectives or interpretations. Unfortunately, religious “in-group” thinking can be used to excuse the exclusion of outsiders or those judged undeserving of God’s blessing.

There are no such divisions in spirituality. Alternatively, it advocates for a more inclusive approach. No one has left out in the awareness that pure spirit is a unifying force. You are a part of the universal picture, as are all gods and goddesses.

As Krishna reveals in Chapter 4, verse 11 of the Bhagavad Gita, “As men approach me, I receive them.” All roads Arjuna lead to me.” Conversely, nobody has a stronghold on the truth from a spiritual standpoint. In God’s eyes, everyone is welcome.

Religion is fundamentally about faith. That is faith in something based on unqualified acceptance of the religion’s precepts. Religions, unlike the scientific worldview, do not require proof to justify their assertions. Religion teaches you to believe in God or the Bible as the absolute and fundamental truth of reality. Humility and devotion to the divine are presented as the way to eternal salvation.

Spirituality does not reject faith; rather, it frequently relies on direct the direct experience of the spirit or divinity. Spiritual disciplines such as meditation, yoga, solitude, and contemplation enable you to make conscious touch with more expanded levels of consciousness, allowing you to experientially authenticate the teachings rather than simply accepting them on trust.

You understand something because you have experienced it yourself and allowed it to resonate, rather than taking someone else’s word for it and relying on religious faith and religious practices.

Religions, even when they have the greatest of intentions, can have a subtle (or not-so-hidden) undercurrent of dread woven into their doctrines. The beliefs of original sin, divine judgment, God’s wrath, and eternal punishment can create a mental environment that is burdened with worry and anxiety about your worthiness and if your acts will result in karmic punishment or divine retribution.

Your destiny in the afterlife and religious faith can linger at the back of your mind like a specter, gently influencing your actions and thoughts.

Spirituality, on the other hand, often discards the remnants of dread and anxiety in favor of a more loving, compassionate perspective to life – and death. It embraces a consciousness-based worldview that encourages all humans on their journey to unconditional love and goodness.

Your decisions and actions are motivated not by a fear of retribution, but by a desire to alleviate suffering and build a compassionate and harmonious environment for everyone.

As you can see, there are major differences between spirituality and religion; nonetheless, these parallels are not meant to be absolutes or an endeavor to pit them against each other. The ways in which religious practices and spiritual beliefs vary.

Every practice, however, acts as a vehicle to get you closer to the truth you seek. Whatever path or a mix of the two you take is a subjective and personal manifestation of your spiritual journey that will, in turn, benefit your mental health.

The Mental Health Benefits of Religion and Spirituality

People believe in religion because it provides them with something to believe in, a feeling of order, and the ability to connect with others who hold similar ideas. All of these factors can have a significant positive effect on mental health; for example, evidence suggests that religion can lower rates of suicide, addiction, and drug abuse.

Spirituality is a feeling of belonging to something higher than ourselves; it assists a person in looking within and understanding themselves, as well as determining their place in the larger scheme of things in the world around them.

More specifically, it assists individuals in understanding their own perception of the purpose of life. Health-enhancing activities for the mind and body are included in spirituality, and this has been shown to have a positive impact on mental health and emotional well-being.

The first step you need to accomplish when it comes to achieving spiritual development is to first identify the differences between religion and spirituality. Both are more than just obligations to fulfill in your daily life, they are also a choice and a way of life.

Which distinction between religion and spirituality helps you most in the process of making sense of your religious or spiritual life?

Tell us in the comments section!