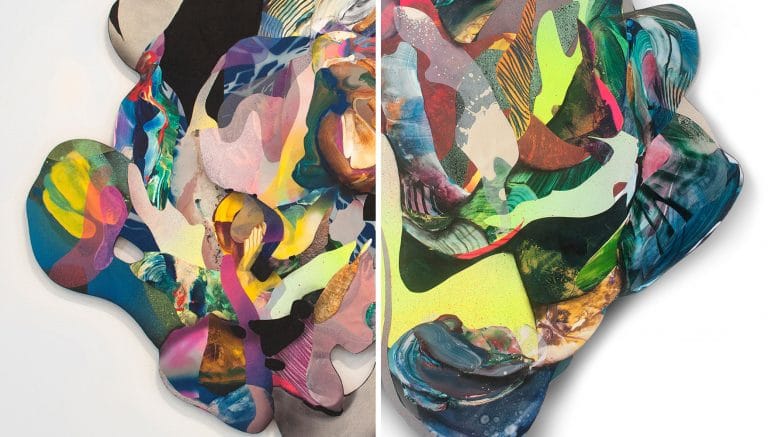 Unravel the Universe through Evolutionary Astrology

Unravel the Universe through Evolutionary Astrology

What if we told you that human psychology and the cosmic ways of the universe interconnect with each other? They do! In the manifestation of Evolutionary Astrology!

When it comes to understanding the universe and our human nature, we often find ourselves in an inquisitive disposition. The world and the human psyche are both inherently deep and interesting concepts in themselves. Don’t we all wish to perceive them in a much better light? Evolutionary Astrology provides such insights!

Would you like the universe to enlighten your innermost self? There are plenty of ways to get in touch with the cosmic realities of space and time. The growth of your very soul has something to do with the universe’s plan! It is the primary reason why the horoscope exists!

Need more clarity on how the strings of fate in the universe work? Our galaxy always has a hand in certain matters in our lives. This is when we begin to realize that the world is a lot more magical than we initially thought. Not only do we have free will but there is also the existence of something so much bigger than us!

Wouldn’t you like to know more about the mysteries of our existence and the universe?

Horoscope comes from the Greek words ōra and scopos which means “time” and “observer”. It is an astrological chart or diagram that represents the positions of the Sun, Moon, planets, astrological aspects. Sensitive angles at the time of an event, such as the moment of a person’s birth and place of birth.

It is also a forecast of a person’s future that can be found in newspapers and magazines.  Typically including a delineation of character and circumstances. This would be based on the positions of the stars and planets at the time of that person’s birth. Serving the purpose of providing information about the present and predicting events to come is what it’s all about.

What is Evolutionary Astrology?

According to Steven Forrest, Evolutionary Astrology is the fusion of humanistic psychology with ancient metaphysics going hand-in-hand. It consists of methodologies and paradigms which specifically measure the growth of the soul from one life to another. This concept ties into the planet Pluto and its relationship to the moon’s axis. Additionally, it governs philosophical principles that are under natural law.

Evolutionary Astrology inhabits a karmic predicament which is a set of illusions, work, and issues that cause you to struggle. Your birth chart will then present the answer to those problems in a step-by-step process. This exists for the purpose of empowering you and giving you the tools to heal yourself and carry on.

Pluto in Astrology is one of the most important planets in our solar system. Although its innate energy is very subtle since it’s farthest from the sun, it plays a vital role in influencing zodiac signs. The planet symbolizes death, regeneration, transformation, and rebirth. It evidently has its destructive properties and its redeemable attributes which proves that is quite a powerful planet.

If conclusions and resolutions are part of the essence of planet Pluto, so are the concepts of evolution and transformation. The planet has the ability to help alter your perceptions of certain matters and change your outlook on life. Thus, Pluto’s power is almost unfathomable given that it is one of the most enigmatic planets in the solar system.

Steven Forrest believes in the concept of Freewill Astrology more than Cosmic Fate. As sentient human beings, we have the power of shaping our experiences and weaving the strings of our future.

He believes that we are more than capable of changing ourselves and evolution itself. Human nature isn’t set in stone because as the position of the planets changes, so do the choices we make. Thus, creating different possible futures in the process thanks to our inherent free will.

Evolutionary Astrology entails the possibility of the existence of reincarnation of the human soul. There are those who believe that spirits transcend all things physical and materialistic. Once a person passes away in this life, they will be reborn in another, and the cycle continues. Thus, human beings are incarnate in a succession of lifetimes.

#2: Evolutionary Condition of a Soul During Incarnation

During the succeeding incarnation of a human soul, there will also be the simultaneous enforcement of the person’s birth chart. It reflects the evolutionary condition of the soul at the moment of incarnation. A person’s birth chart is important because it determines who they astrologically are. It always pays to be sure of your place in the universe!

#3: Present Evolutionary Intentions of the Soul

Your birth chart is a reflection of the evolutionary intentions of your soul for your present life. This means that the birth chart you had in your past life is different from the one you currently have. You will need to keep in mind that the person you were before isn’t who you are now. Your planets and stars are different, therefore the intentions of your soul are now made anew.

#4: Reflective Necessities of the Soul

Circumstances in the life you have now – whether it be in the material or psychological sense – don’t happen without reason. As a matter of fact, those circumstances reflect the desires and needs of your soul. You should always consider the necessities of your soul which are its evolutionary intentions. Nourishing your soul in every aspect should be your top priority in life.

In Evolutionary Astrology, everyone is built differently, and that includes you! As diverse human beings, we all think and act differently from each other. We live according to our birth charts as all astrological symbols manifest into material and psychological expression. Our individual consciousness is a powerful entity in itself as it is both psychic and multi-dimensional.

When it comes to our individual human experiences, we always need to hold ourselves accountable for our thoughts and actions. In Evolutionary Astrology, we are responsible for our realities, which places a huge responsibility on our shoulders. You would be in authority of the reality we all live in depending on how you live your life. This is because your actions will leave some sort of impact in everyone else’s life no matter how minuscule.

#7: Respect and Support for Astrological Help

There is nothing wrong with seeking astrological help. This is why whenever we see someone looking to the universe for answers, we respect and support them. No matter what evolutionary state they are in, we should always be encouraging towards them at all costs. Everyone is only trying to find themselves and their place in the universe.

Evolutionary Astrology is the concepts of human psychology and matters of the cosmos assimilating together harmoniously. Find solace in the fact that the universe has a hand at our fates. And know that we have our free will to change them as well.

Which one of the core perceptions of Evolutionary Astrology piques your interest the most?

Please do let us know in the comment section below!