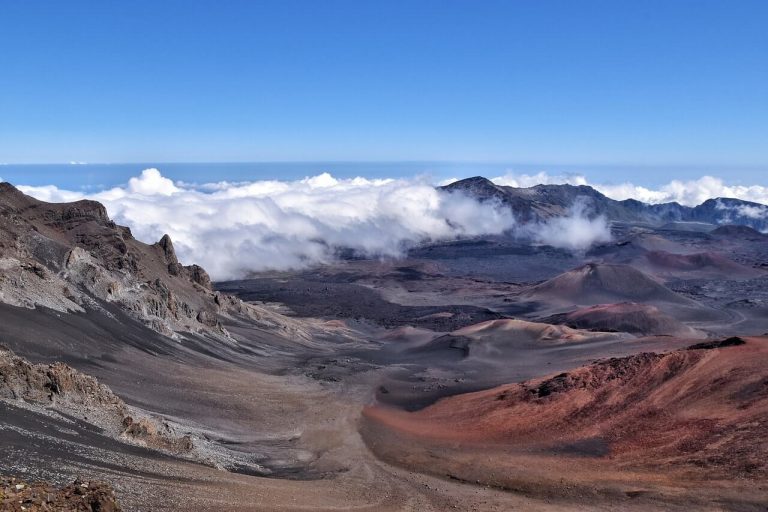 As an island of Hawaii, Maui attracts visitors from all over the world. With the sheer amount of grandiose culture that they have in this area, together with the literature and pop culture about the island, people set their sights on this place of wonder.

With its wide variety of sub-terrains, Maui has a lot to offer. From high mountains to lowlands, this place is vibrant of nature’s energies, as it spurs strong amounts of such through its various cross points. As such, in this article, we’ll be outlining the top 7 spiritual vortexes in Maui according to each of the chakra points. By doing so, you’ll be able to approach the place with intention, instead of randomly feeling things out.

Furthermore, Maui also has a strong sense of history and culture, something that makes the whole experience a lot more meaningful. As such, the spiritual vortexes in this place is only amplified by this. For instance, the existence of the rainbow warrior in Iao valley indicates a meaning that goes through time. By being able to appreciate such, you’ll further feel the energies that the place emits.

But before you begin reading on the seven charka spots that are suggested here, always remember that regardless of the spiritual vortex, your individual readiness equally matters. By preparing yourself for this journey, you’ll make the most of it, instead of simply feeling the spiritual forces in it.

One tip is to make sure that you are knowledgeable on unblocking your chakra points. As you go there and meditate, being able to unblock you charka points means a lot. Like a pipeline that was cleaned of its drainage, removing the agents that clogged will allow fresh water to flow. Similarly, knowing how to unclog your pipelines will allow such energies from these vortexes to smoothly enter your system. 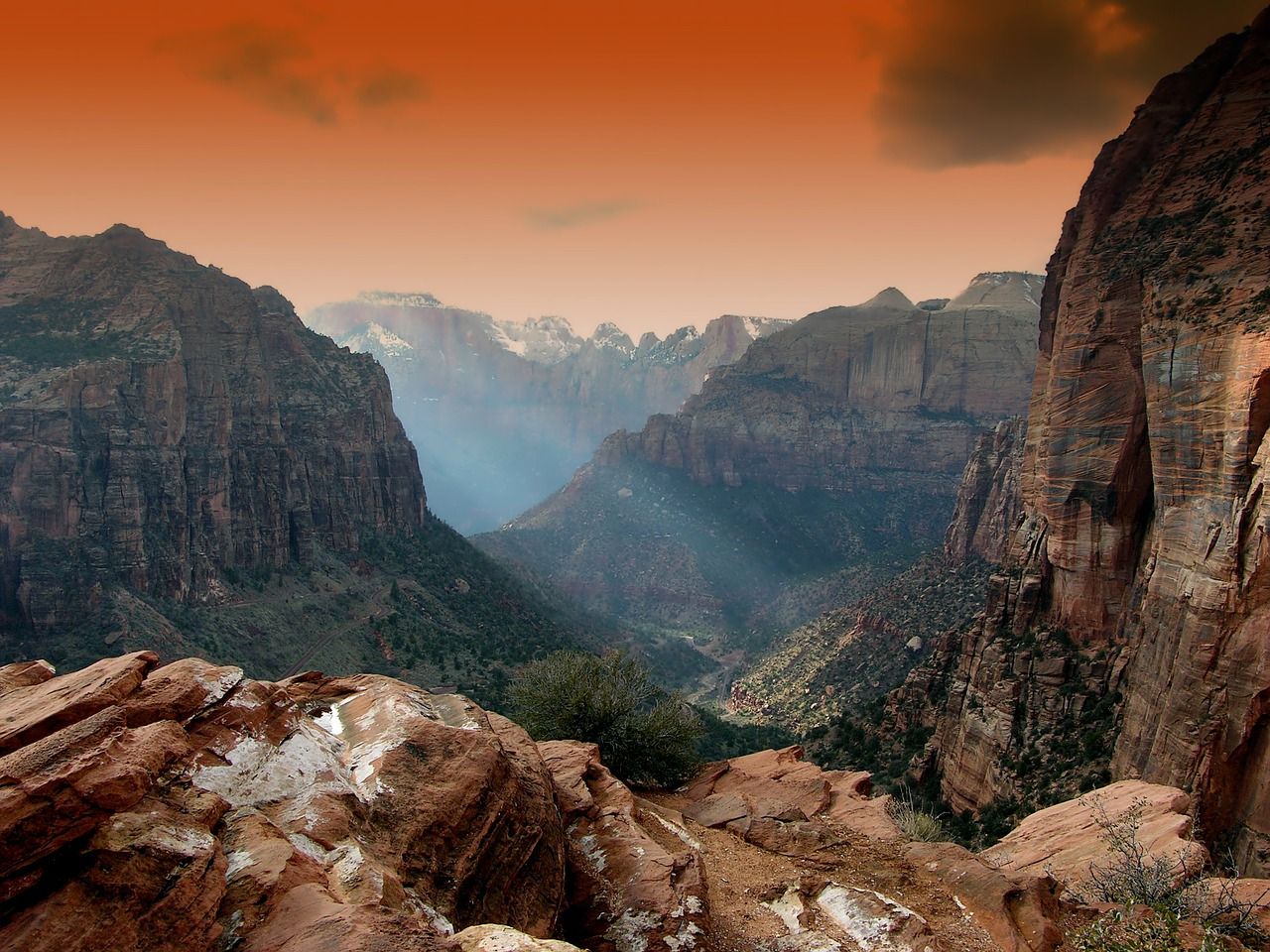 With that, if you are looking for a place to have that transformational experience, then Maui island should be first on the list. To give you an idea of its internal beauty, here are the:

Literally translated as the “fire made by Kawelo,” the legend tells us that this land was on a curse. Unknowingly, people and livestock were dying of diseases in Kawelo’s land. Eventually, Kawelo found out that this was caused by the fire set by the neighboring priest, Lanikaula. In response, Kawelo made his own fire, defeating Lanikaula and reviving the people and livestock.

To date, the area is filled with boulders with reddish soil, suggesting strong resonance to the root chakra. Similarly, the imagery of fire and redness will empower your root chakra, allowing it to be re-balanced.

According to legend, building a temple in this Heiau will help King Kamehameha to unite his people. As the king enacted this vision, the people of Hawaii were united. Through the power of his will and creativity, such vision came to reality. Similarly, most of our visions and goals in life come into existence when we are able to manifest our creative energies within us.

Thus, visiting this area is often attributed to the renewal of our creative energies. With people carrying stones for over 20 miles to the north, the sheer amount of effort enacted to build this place is enough to empower your sacral chakra.

Referred to as the “House of the Sun,” the Haleakala Crater is visited by tourists for its breathtaking view, specifically on sunrise. But while tourists focus on such aesthetic beauty, the real treasure lies on how much the original settlers valued the place.

Treated as a place of worship, Hawaiians often offered beautiful chants for the sun, just as it is praising its glory and power over them. Thus, this place often brings a revitalized feeling to your Solar Plexus chakra, allowing your power source to reconnect with its maker.

As you cross the bridge going to Iao needle, you’ll know in a heartbeat that this place is filled with positive energy. And this is for without reason since Iao needle used to be a lookout for warriors.

More than that, this valley also prides itself with the constant rainbow sightings. On top of having a carving of the rainbow warrior on some of its rocks, Iao valley is known to exude an energy that cleanses the heart.

The Maui Dharma Center is famous for its large Mani prayer wheel. With people visiting the place and offering their petitions, this prayer wheel is meant to bring good tidings to the visitors.

As such, this prayer wheel itself holds the significance linked to the throat chakra. By forwarding our thoughts to the universe, we are engaging in communication with it, allowing us to express our true heart’s desire.

As a paramount example of Maui’s positive energy, the big beach often carries strong ocean tones and vibrations to it. By visiting this calming body of water, the elements found in the sea is enough to cleanse one’s inner being. For instance, taking a dip in its pristine waters will allow you to release your stress and burdens to Mother Maui.

With that, we’re placing this as a form of renewal for your third-eye chakra. By offering a positive perspective of the world, the way we see things can be renewed simply by visiting the big beach.

As the highest point of Hawaii, the white mountain is regarded for its grandiose view. With that, this place is known to have a thin air supply, barring those who aren’t fit enough to come. But definitely, this place is worth the travel since it offers a unique view of the desert, lava, and valley of Mauna Loa

With its height and significance, this place allows you to re-balance the topmost portion of your chakra points. If you are feeling spiritually disconnected or unbalanced, it pays dividends to visit the Mauna Kea summit.

…
With that, we’ll be ending our short article on the top spiritual vortex locations on Maui Island. By having a good grasp of their meaning and significance, you’ll be able to have a good sense of depth as you visit these unique yet powerful places.

As such, the key lies in your preparedness. By making sure that you are knowledgeable on your chakra points and how they work, you will be able to make the most out of your trip on Maui island. For instance, knowing the proper chants for each chakra point will allow you to properly do them while on these spiritual vortexes.

By doing so, you will be able to feel the surge of energy as it courses through your chakra gate. With such, it will essentially renew these chakra points in your body, allowing the energy from these spiritual vortexes to re-balance it.