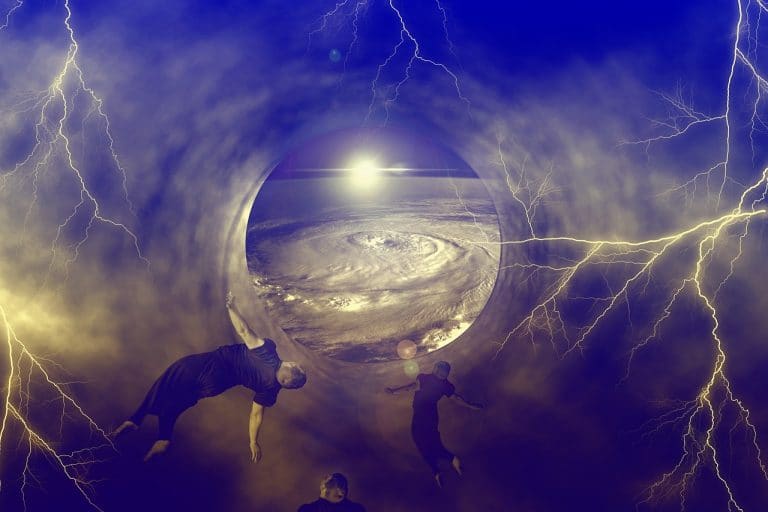 Have you ever been on a trip and suddenly felt those goosebumps? For instance, if you’ve visited the Yosemite Valley, you’ll know what I mean. The moment you cross that tunnel and see the wonder of nature, suddenly a strong feeling gets into you. Witnessing mother nature’s creation, you are at awe. The beauty of the landscape itself is already enough to place you in a state of wonder.

But more than the aesthetic beauty of these areas, there are indeed certain parts of the world that exude the right amount of spiritual energy within them. These are what we call spiritual vortexes. By definition, these areas serve as a pathway to spiritual energy or even other dimensions. As a place of wonder, they contain universal life force, often enough to refresh your internal tank of spirituality.

For instance, going camping on the Grand Canyon will most likely give you a renewed sense of strength. Because you can recuperate most of your internal struggles there, the relaxing feeling soothes your soul. Only by being there and spending time with nature, you are already engaging in the act of spiritual healing.

Given this, spiritual vortexes can often be divided into two major sections – the internal and external spiritual vortexes. In this article, we’ll be focusing on having a better grasp at both, leading us to become more aware of how to simultaneously use them.

Regardless of your spiritual aptitude, internal spiritual vortexes exist. Although not all of us can utilize them wisely, we cannot change the fact that they do indeed exist within us. Because we are necessarily spiritual beings, these vortexes serve as an innate gateway for spiritual energy.

And while there can be a lot of interpretations and versions of spiritual vortexes, it doesn’t matter. What matters is that you can recognize their existence because it is the real step 1 towards change and improvement of your life. 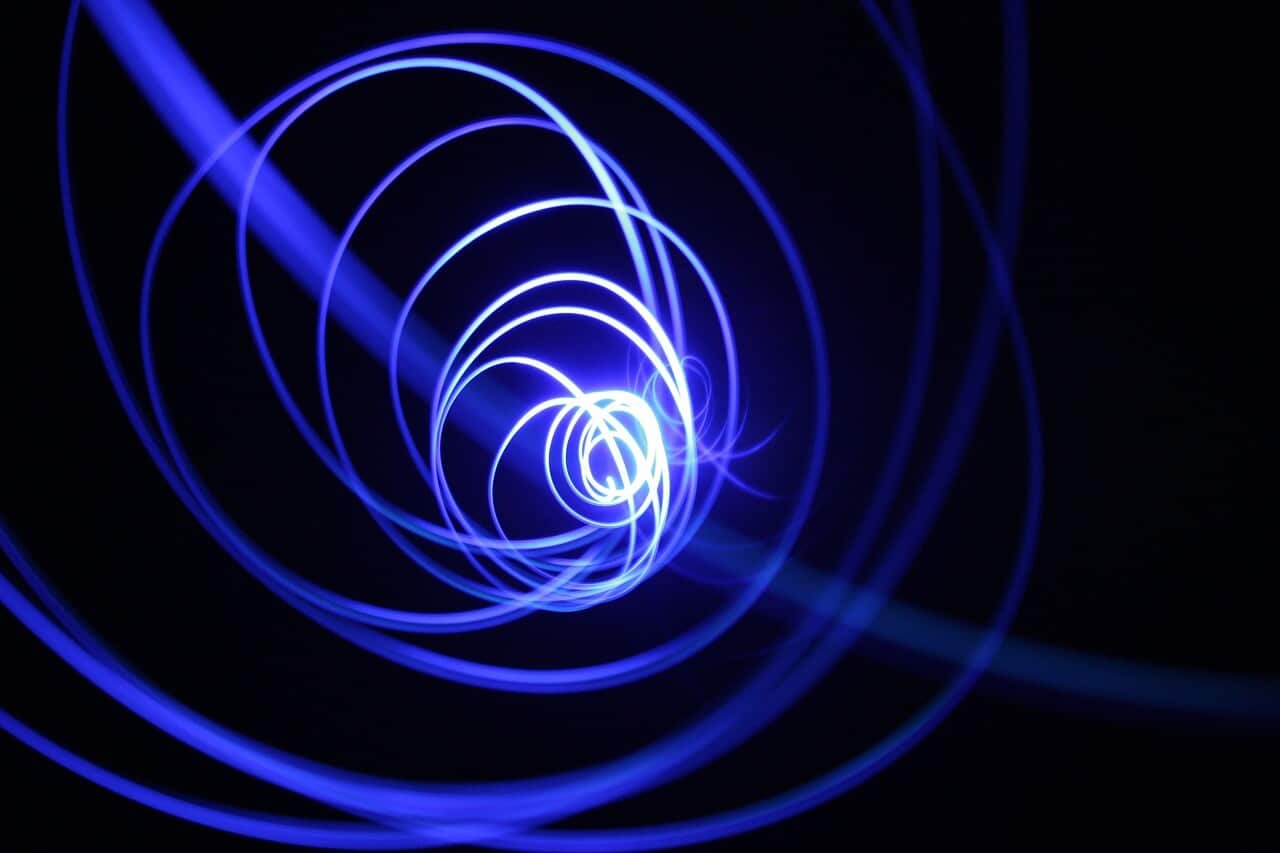 Internal Spiritual Vortexes and The 7 Chakras

In a general sense, the most popular of spiritual vortexes are the 7 chakra points. With these concepts being brought to the western world as an effect of globalization and modernization of communication, more and more individuals advocate this type of system. The emergence of the New Age period only furthered this cause as westerners began creating their version of the chakra point system.

With that, the 7-point chakra system presents to us vital parts of the body that serve as gateways of energy. Here are the chakra points as follows:

1. Root Chakra – as the lowest chakra point in this series, the root chakra serves as the foundation of one’s being. If you are having problems with who you are and your goals in life, it is often a good idea to re-examine your root chakra for it is the primary gateway to cosmic energy.

2. Sacral Chakra – located just below the navel, the sacral chakra is responsible for one’s creative and procreative functions. If there is blockage or over-usage in these areas of one’s existence (for instance, the lack of sexual drive or being over-sexual, or lack of creativity), examining the root chakra will often pay-off well for you.

4. Heart Chakra – as the governor of your feelings, this chakra point serves as a spiritual vortex for one’s emotions. By keeping this regulated, it will be easier for you to relate and resonate with others. Thus, you can avoid unnecessary detours of conflicts and misunderstandings.

5. Throat Chakra – being the gateway of one’s thoughts and words, the throat chakra is responsible for proper communication. As a spiritual vortex, this part of your body needs much regulation for the lack thereof will often result in people being hurt.

6. Third Eye Chakra – as a spiritual vortex inside our bodies, the third eye chakra serves as the main entry point of our thoughts and ideas to the world. While we seek the world with our eyes, it is often our perspectives that shape them. Having a balanced third eye charka ensures that we see the right angles in things.

7. Crown Chakra – as the last and highest among the chakra points, the crown chakra is the governor of our higher self. Meaning, all that makes us spiritual rests in this section. If we feel disconnected to the higher forces and powers, then perhaps this spiritual vortex must have been distorted in one way or another.

As a fundamental yet universal account of understanding one’s spiritual vortexes, the 7-point chakra system has become a popular tool in knowing more about our internal pathways. By getting to understand that we indeed have these gateways within us, it will be easier for us to assess our problems and how to resolve them.

For instance, continually quarreling with people around you suggest not only an external but also internal discord. By checking up on your heart chakra and re-assessing it, conflicts both in and out are likely to be resolved.

Thus, making sure that your inner spiritual vortexes are in good shape is essential before exploring anything else. After all, even if you are in the right conditions, cosmic energy will be unable to enter your body unless you are prepared for it. You can do this by looking at basic chakra meditation techniques and how to pair them with your chakras.

After ensuring that you have made the proper steps in securing your internal spiritual vortexes, it is time for you to explore the external ones. As mentioned at the beginning of this article, some places in this world emit more spiritual energy than others. Because of that, people often feel refreshed and renewed when coming into contact with these places, especially when they have prepared their minds and body for it.

But how do we know which parts of the earth have strong spiritual vortexes? A wild guess would tell you that more often than not, it isn’t your office space. The sheer amount of concrete prevents the natural flow of energy, on top of the stacking papers on your desk. Surely, such tasks don’t emit the kind of positive energy that we want for our lives.

Where Are External Spiritual Vortexes Located?

Following the ancients, people have identified specific areas in the world where strong spiritual energy exists. And while this energy can be both positive and negative (yes, there are negative spiritual vortexes), the common quality between them is a crossing between two meridian points.

As such, good or nasty things can happen within these vortexes. As an example, one of the negative spiritual vortexes is the infamous Bermuda triangle. Known to be located in the western section of the North Atlantic Ocean, this area has become famous for numerous mysterious tragedies. Both ships and airplanes have been recorded in history, stating that those traversing within this triangle are sucked and nowhere to be found. Such mystery engulfing this place suggests strong spiritual energy that goes beyond our understanding.

On other accounts, twisted trees also represent external spiritual vortexes. In Sedona, there exists a place wherein one can witness a twisted tree, suggesting that there is internal pressure coming from within the underground. Believed to be a site of strong yang energy, sending one’s petitions while he/she is in this place suggests a stronger probability of the universe reciprocating it.

As such, this suggests that external spiritual vortexes can be classified depending on one’s intention. Given that there are two fundamental forces – yin and yang, one must first identify what he/she needs. Similarly, various spiritual vortexes are known to affect certain chakra points.

Furthermore, the tradition and meaning of the place often affect the kind of energy it emits. Places with strong roots to culture and tradition often contain unmatched powers. For instance, the Egyptian Pyramids of Giza is known to be one of the most powerful vortexes in the world. As visitors come over, they are not only at awe with the mathematical prowess displayed by these seemingly impossible structures. Indeed, these visitors also experience episodes of wonder as they subconsciously do spiritual awakening.

How Can External Spiritual Vortexes Be Used?

First, is the ability to extensively research on the said places. Second, one is to identify which vortex empowers what. And third, having that strong spiritual aptitude on top of preparedness is a plus.

By reading through the historical and cultural background of the places you’ll visit, you’ll gain a good sense of understanding of why people value such. With that, it will be easier for you to identify the significance of each spiritual vortex, allowing you to differentiate one over the other instead of randomly feeling it out.

Lastly, ensuring that you are spiritually prepared when approaching a vortex is crucial to maximizing its potential impact on your life. While you are willing to spend money to visit these locations around the globe, your failure to spiritually prepare for it will most likely cost the trip.

With that, spiritual vortexes are undoubtedly great opportunities for you to find a renewed sense of self. Approaching both internal and external vortexes, you will be able to yield the power of the universe as if it was your own.

Ultimately, the goal of spiritual reconnection is to seek alignment with the universe. By forwarding your thoughts and asking these water wells of energy, it will be a lot easier for you to attract universal energy. By ensuring that you are on the right path, your dreams will become goals, allowing thought to become a reality.

All it takes is for you to commit to this first step of seeking spiritual vortexes, and everything else will fall into place like pieces in the puzzle.

1 thought on “What is a Spiritual Vortex?”