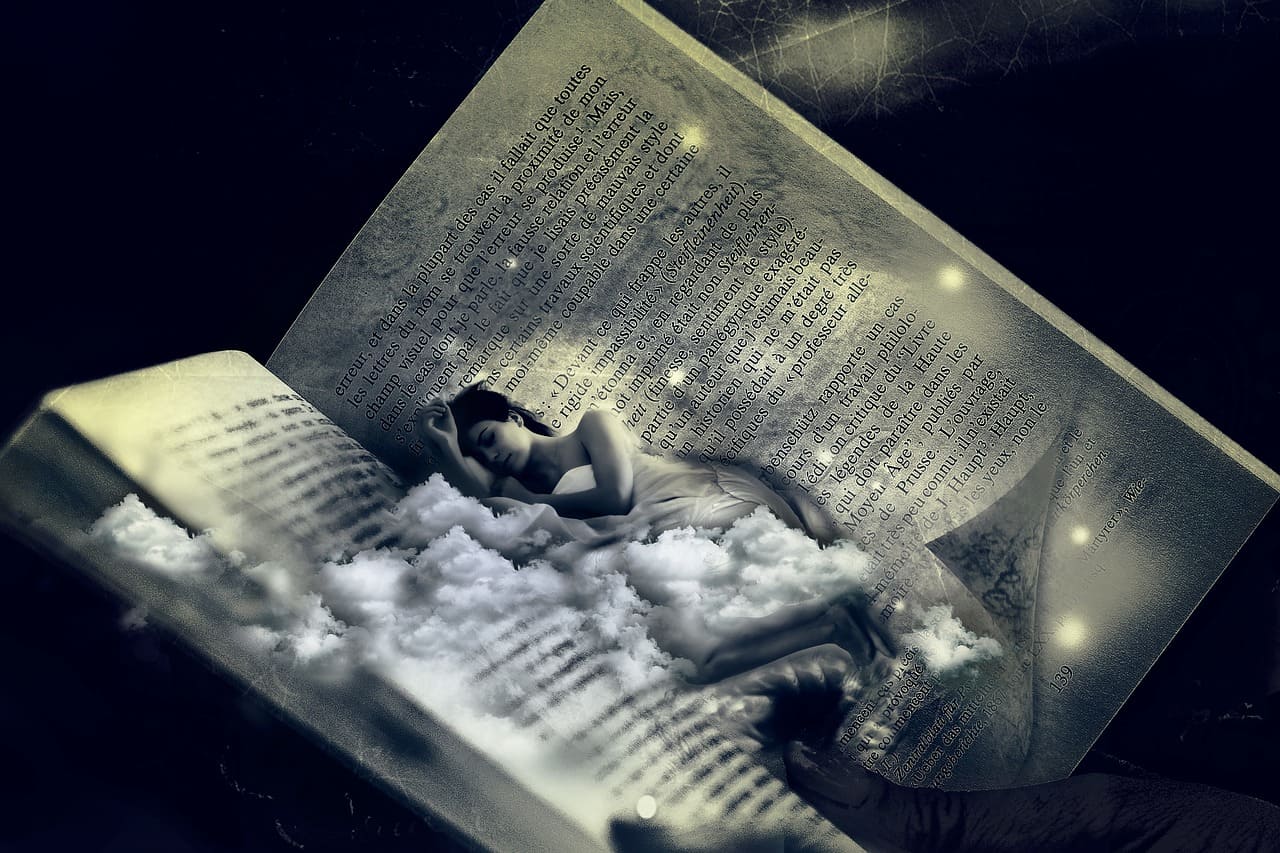 Top 20 Spiritual Symbols in Dreams and their Meanings

At some point in our lives, we’ve experienced dreams that go beyond our sphere of understanding. By seeing images that are practically mystical and foreign to us, we’re left at awe, pondering on what these symbols mean.

For instance, dreaming of the self-eating snake Ouroboros will make you wonder about its meaning, as the sheer amount of mysticism surrounding it is enough to give you goosebumps. At this very moment, you might be trembling in your dreams as you experience the unknown.

However, the moment you gain a better understanding of these dreams, it is less likely for you to have the same feeling of mysterium tremendum. Instead of fearing that which you don’t understand, you’ll become familiar with the unknown. As such, it becomes a new resource of knowledge and understanding of oneself. Thus, by continually learning more about the symbols and their meanings, dreams can definitely become a powerful resource for us.

In essence, experiencing spiritual symbols in dreams strongly suggests a spiritual awakening. With your unconscious unfolding to you during the dream state, the combination of the universe and your inner self tells you to pursue the ethereal realm.

As such, it is crucial for you to pay attention to their meaning. Instead of being an ignorant novice who can be flustered by such ominous symbols, they will instead serve as guidelines for your spiritual quest. Like companions in a journey, these symbols will serve a definite purpose, all of which are reliant on whether or not you are able to correctly identify them.

With that, we’ve compiled some of the most common spiritual symbols that are present in dreams. Commonly misunderstood (especially when appropriated with negative symbols), these images can indeed be interpreted in a better way. By referring to the points present in this article, you’ll have a better grasp of their meaning and value.

As such, here are the top 20 spiritual symbols in dreams and their meanings: 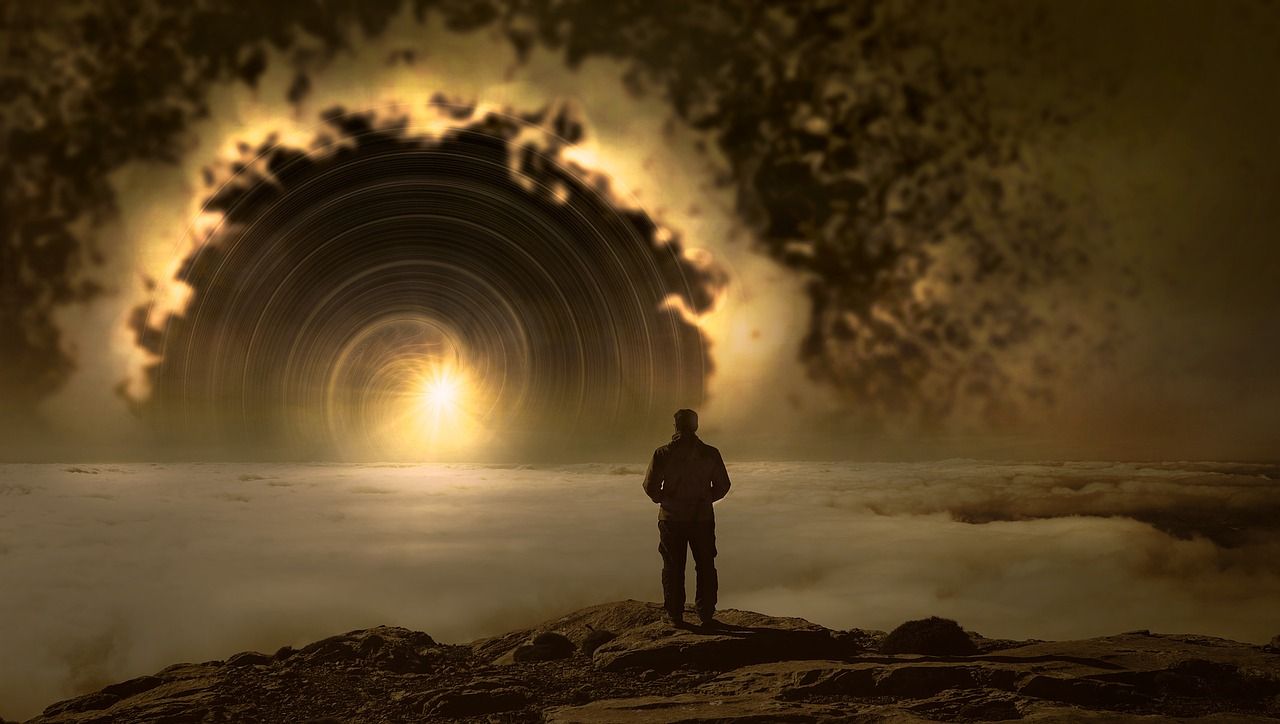 These mystical beings are seen as symbols of spiritual transgression. Like messengers who warn us on our dealings, angels carry messages with them through our dreams. For instance, when you’ve transgressed a certain spiritual practice, these angels will appear in your dreams, serving warnings.

Furthermore, angels are also seen as higher representations of ourselves. Having knowledge and existence beyond man, these mystical beings represent our desire to excel spiritually.

Known for his teachings, a Buddha can appear in one’s dreams. As such, this dream is most likely signaling us about the four noble truths. More often than not, this figure in your dreams appears when you have deep-seated suffering, something that can only be addressed by having a better understanding of things. By looking at this dream as a piece of possible advice, you’ll have better chances of curing your inner suffering.

Regardless of the tradition, ceremonies, and rituals signify an upcoming spiritual awakening. Using dreams as a funnel, the elevation of your spiritual self is actively seeking a way to tell you about this transition. As such, when you dream of this symbol, the way to go is to examine your current dealings and identify which part is likely to experience a spiritual awakening. Doing so will grant you a golden opportunity to improve your spirituality.

Although this can mean a lot, corridors are often associated with the spiritual transition. As you dream of yourself seeing this pathway, it usually suggests a movement within one’s core being. For instance, you’ve decided to become less materialistic and more spiritual in your approach and appreciation of life as a whole. Thus, passing by or shying away from the corridor during the dream state also suggests something about your spiritual journey.

Symbolizing the death of Jesus, this old roman way of perishing suggests a need to pass through pain. Like Christ, one must bear his/her cross, allowing the person to go beyond the confines of pain and suffering and end up to meaning. As each experience can teach us something, being able to look at this point creates an essential meaning for your spiritual transition.

Perhaps one of the most despised images to see during the dream state, the devil isn’t really that bad. Just like the romanticized version of Lucifer, the devil represents temptation. As such, when dreaming of this symbol, it doesn’t really mean all those evil and negative stuff. Instead, this is the way of the unconscious to warn you and avoid being drawn into evil. Thus, if you’ve dreamt of this symbol, try to re-assess the things you’re doing, especially the spiritual ones.

These independent beings can be quite problematic to interpret. Psychologically, ghosts may reveal our repressed sentiments about someone or something. Spiritually, ghosts can also mean an unfavorable apparition, more like an unsettling score of a mystical being that goes beyond the sphere of human understanding. Depending on your take, it is most likely one of these two here.

Perhaps the biggest weapon of Christianity, people are made to believe in this concept of eternal punishment. By perpetually burning in the fires of hell, one can only imagine the amount of suffering and pain that it can bring. But in the dream state, what this means is that you’re suffering spiritually. You may not acknowledge this inner and recurring suffering, thus leading your unconscious to manifest it through your dreams.

If there’s hell, there’s also heaven. As a direct contrast, heaven suggests a place with no suffering, where one feels complete and fulfilled. With that, this symbol often indicates our inner drive to reach nirvana, something that all creatures aspire for. Given how the unconscious is telling us to move forward towards this state, it is definitely guiding us to something that we long to. But are you up to that task?

The appearance of incense can be quite stunning in dreams, especially when we are able to smell the image itself. Used as an essential part of spirituality across cultures, encountering this symbol in dream state indicates an unconscious offering to the gods. Like a prayer, using incense means that you have an inner desire of which you seek to be heard. Thus, it is high time for you to re-assess yourself and what your inner desires are.

Ah, the perfect example of a terrifying spiritual figure! Certainly, the ouroboros is a mystical creature that we can’t seem to understand. Given that the imagery of the snake alone is already obnoxious for most, seeing it eat its own tail only adds more to the picture. But fret not, for this symbol represents eternal life. Resembling a circle, the ouroboros is only there to remind us of our aspirations, which is most likely expressed by eternal life.

The appearance of a prophet in ancient times almost always spelled trouble. As a destined messenger is sent by God or the gods, the prophet delivers what must be done in order to avoid a catastrophic event. Similarly, a prophet appearing in your dreams signifies an upcoming peril. Like a warning, this prophet tells you to be careful, for there may be a conflict between the present and future events.

Common amongst all religions, a festival represents the gathering of individuals with a shared belief. By dreaming of this symbol, it represents your yearning to belong to a belief of some sort, especially when you are spectating at a distance during dream state. But if you were part of the festival itself, it simply means you are unconsciously celebrating your shared belief with others.

Often valued for its romantic meaning, roses can also be strongly linked to spirituality. As a symbol of one’s passion and search for perfection, this flower reveals the concept of life and death in itself. Furthermore, it also represents the mystery of life and how one seeks happiness in it. With that, dreaming of this flower suggests a yearning to grow and achieve true happiness.

Unlike the prophet, the shaman doesn’t serve as a warning. Instead, the shaman serves as a tour guide, just like how most tour guides tell us where to go and what to do in foreign places. But instead of helping us navigate the worldly plains, the shaman seeks to guide us on our spiritual journey. Like a gatekeeper, the shaman signifies assured guidance to roam around different planes of existence, particularly the spiritual ones.

Ah, yes! Spirits are definitely one of the most significant symbols during dream state. Signifying the collective unconscious, such ethereal beings can manifest themselves through our dreams, signifying a spiritual awakening. Known as a significant transition in one’s spiritual development, spiritual awakening allows you to have a higher sense of self, one that transcends the mundane ways of life.

Often appearing as a sacred object, talismans are certainly common among various religions and spiritual practices. Believed to contain powers and energies, talismans help an individual in their spiritual journey. As such, when appearing in dreams, talismans basically mean that you are currently intertwined with magic, signifying a journey that needs an amulet with it. Thus, it may be a good time for you to look for one!

Commonly symbolized as the eye of Horus, the third eye represents clairvoyant abilities. As it is able to see what’s basically not there, the third eye signifies our link to the pineal gland, the gateway towards the unknown. With that, seeing this in your dreams means that you are yearning to unlock your full potential as your intuition tells you that something is going on here.

Similar to the talisman, the totem is believed to be endowed with sacred powers. But unlike the talisman, the totem bears a personal significance to the owner, establishing a unique spiritual connection between the bearer and the mystical object itself. When appearing in dreams, this symbol means that we are not alone in our journey, especially when it is a totem animal.

With these top 20 dreams spiritual symbols, we hope to have imparted to you some valuable vital concepts that can help you interpret your dreams. As such, instead of being frightened by them, these symbols will become your partners or spirit guides in your spiritual journey.

More likely than not, they manifest to you as an indication of a spiritual transition, telling you which elements to avoid and foster at the same time. Like warning signs, these religious symbols can be both enigmatic and ominous, but proper interpretation of such can lead them to become valuable resources.

Thus, the secret lies in carrying such knowledge with you, for certainly, they will become your shield and sword as you traverse to the unknown plains of spirituality. By being adequately equipped with their meaning, you’re likely to be safer in your journey onward.

Just like dreams, chakras have symbols as well. Here’s a guide on what each of the chakra symbols mean!