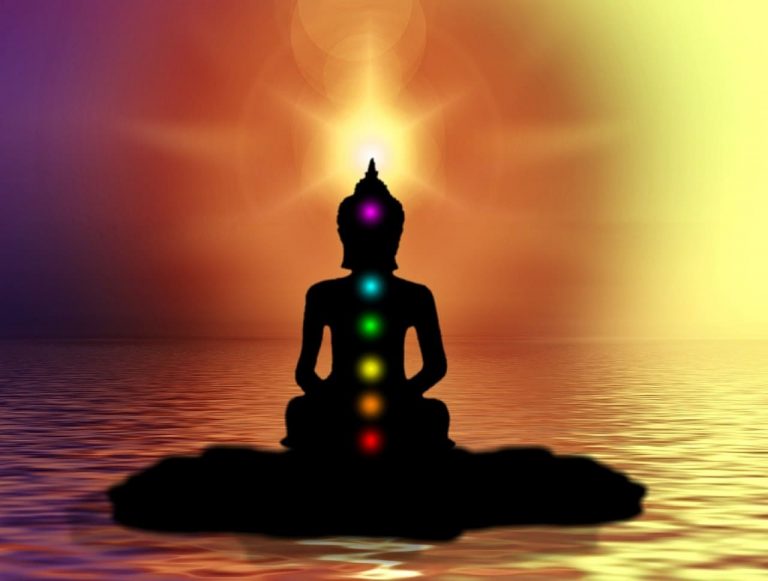 Each of the seven chakra symbols represents the energy centers of the soul. If you’re a spiritual enthusiast, there’s a good chance you’ve stumbled upon these symbols.

Each chakra symbol has its own unique colour, identity, and icon that conveys the meaning of each chakra.

Chakra symbols have a potent effect on our thoughts, behaviors, and actions.

Before we go into the meaning of each symbol, we must first understand what chakra symbols really are.

What are chakra symbols?

As human beings, our consciousness can be broken down into 3 fundamental components: mind, body, and soul.

Beyond our physical flesh, there exists an intangible mind which governs our actions, and a soul that vibrates at a higher frequency. 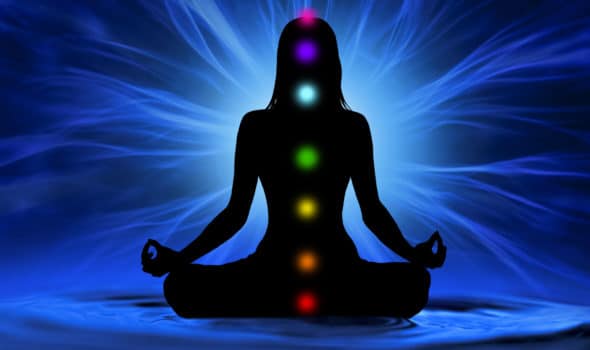 Humans are able to will things consciously. We are higher forms of beings as compared to other forms of life, such as plants and animals.

In order to bridge this gap, the body and the mind have to be connected.

As such, we have the concept of chakra symbols – pipelines in our body that channel cosmic energy on a deeply spiritual level.

It’s not uncommon for our chakra channels to encounter blockages. Thus, problems such as lack of sleep or interpersonal conflicts can easily build blockages in our chakras.

By understanding what each chakra symbol means, we’ll be able to pinpoint chakra blockages and unblock them in no time!

With that, this article will dissect the meanings and representations behind the 7 chakra symbols.

In doing so, you’ll gain a more intricate understanding not only of the chakra points, but also their meanings, symbols, and socio-cultural significance. 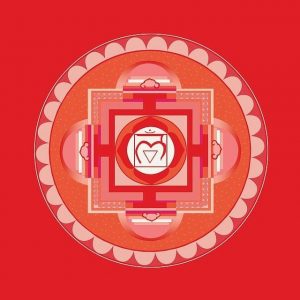 Commonly known as Muladhara, the Root chakra is located at the base of your spine.

Responsible for your sense of self-preservation, this chakra symbol focuses on grounding you in the world. Thus, it basically allows you to connect with it.

The Root chakra symbol represents the earth element through an upside-down triangle. 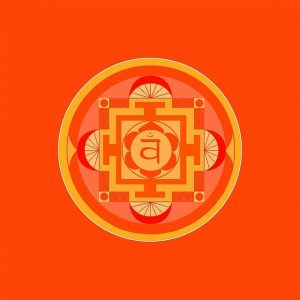 Also known as Svadhishthana, the Sacral chakra is the seat of your creativity and sexual desires.

It is the pipeline from which you are able to channel the energy of the universe to help you craft your visions.

The Sacral Chakra symbol represents a lotus. With petals protruding outwards, each of them means the cycle between birth, death, and rebirth.

Inside the lotus, you will see tangential circles that represent your powers of creativity in relation to the phases of the moon. 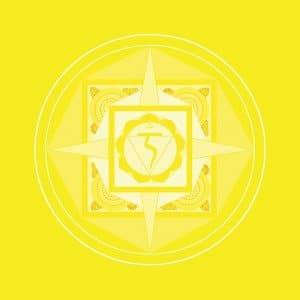 The solar plexus chakra, also known as Manipura, is the core of your courage and willpower.

With the existence of this chakra symbol, you will be able to harness the energy of the universe, pushing you to conquer your goals.

The Solar Plexus chakra helps you move forward and make progress in your journey through life.

These petals further represent the 10 pranas in your body, or the access gateways for air energy manipulation.

In the center of this chakra symbol, you’ll see an upside-down triangle that serves as a funnel from which the other chakra energies will flow. 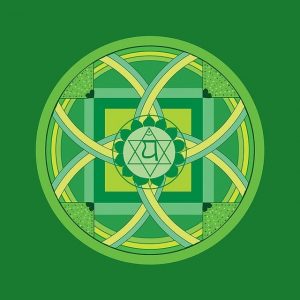 Known as Anahata, the Heart chakra is the seat of your relationships and love life.

The conditioning of your heart chakra determines how you build relationships with others.

The heart chakra symbol represents two inversely overlapping triangles (forming a star), acting as the center of all the chakra points.

And the 12 petals in this chakra symbol represents our 72,000 energy channels. 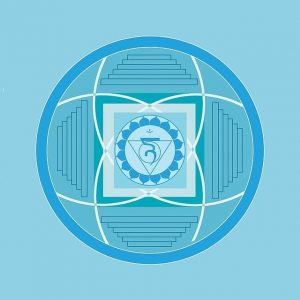 The throat chakra (Vishuddha) is responsible for your communicative abilities.

The throat chakra acts as a way of expressing yourself, helping you relay your message to the world.

As such, it is crucial to keep this chakra unblocked if you want to avoid miscommunications with people around you.

This means that chakra energy is flowing upwards in your body. Furthermore, the 16 petals surrounding it represent the Sanskrit language. 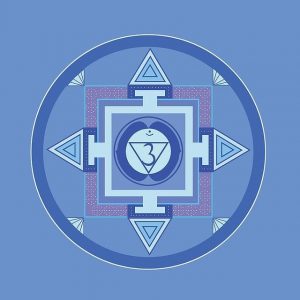 Commonly known as Ajna, the third eye chakra is the seat of your conscious and unconscious thoughts.

The third eye chakra is responsible for your intuition and perspectives.

This is also the chakra point that channels energy from the universe, allowing you to see the truth and the ins-and-outs of the world.

The Third Eye Chakra symbol represents an eye-like figure with an inverted triangle in the center.

As the last inverted triangle before the crown chakra, this chakra symbol means connectedness on top of vision. 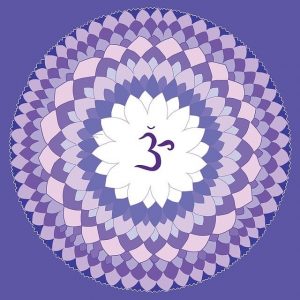 The last chakra point, the crown chakra, is also known as Sahasrara.

The Crown chakra acts as your bridge to the divine, and provides the possibility to link ourselves with the spiritual world.

As such, we are able to live out and discover our higher selves to transcend the mundane and the physical.

This chakra symbol acts as a reminder of our spiritual connection to Brahma.

The Crown chakra symbol represents the divine circle with a lotus flower, conveying the meaning of divinity, unity, and prosperity.

By getting to know the meaning of each chakra symbol, you’ll have a deeper understanding of how they work.

Noticing the details, icons, and colours of each chakra symbol makes it easier for you to understand each chakra’s meanings and values on a fundamental level.

With this newfound understanding, you’ll be more conscious of how to realign your chakras, sense subtle imbalances or misalignments, and how to unblock your chakras!

Do you have a favourite chakra symbol? Let us know in the comments below!

17 thoughts on “Chakra Symbols: Meaning and their Shapes”