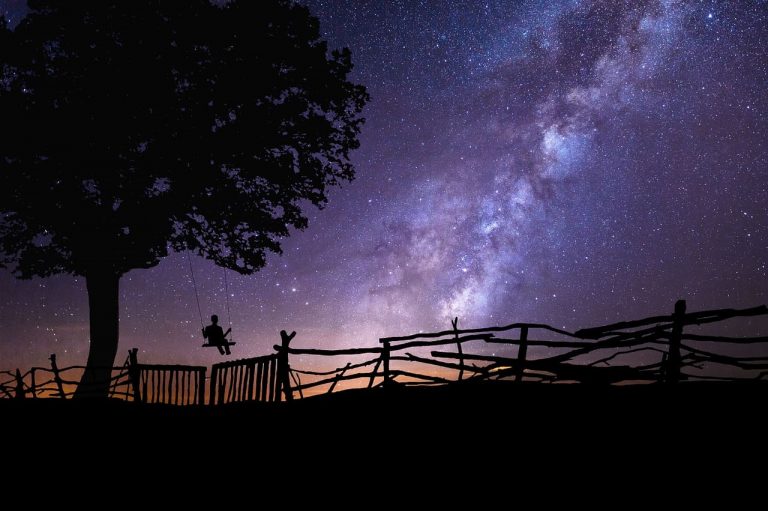 15 Most Common Dream Symbols and their Meanings

15 Most Common Dream Symbols and their Meanings

Dream interpretation and journaling have become one of the most effective yet mystical tools to do self-discovery. As each dream can reveal elements from both conscious and unconscious states of mind, paying attention to the meaning of these symbols and images will pay dividends for someone who wants to know more about themselves.

Perhaps, you are one of those persons! Are you seeking more about yourself? Do you encounter recurring images in your dreams? Do you feel like there are inner workings within you that continually operate even in sleep? Then perhaps, these series of content are for you.

By getting to know the individual symbols of dreams, such seemingly incoherent and chaotic symbols will now make sense. Generally, the most common dream symbols have meaning on their own. As each of them can appear to be powerful, interpreting them based on the general meaning and how they appear to you is the key to arriving at an accurate interpretation.

With that, we’ll be outlining the 15 most common dream symbols and their meanings. By having a good grasp of their possible interpretations, you’ll be able to make sense when these dream symbols appear in your dreams tonight. 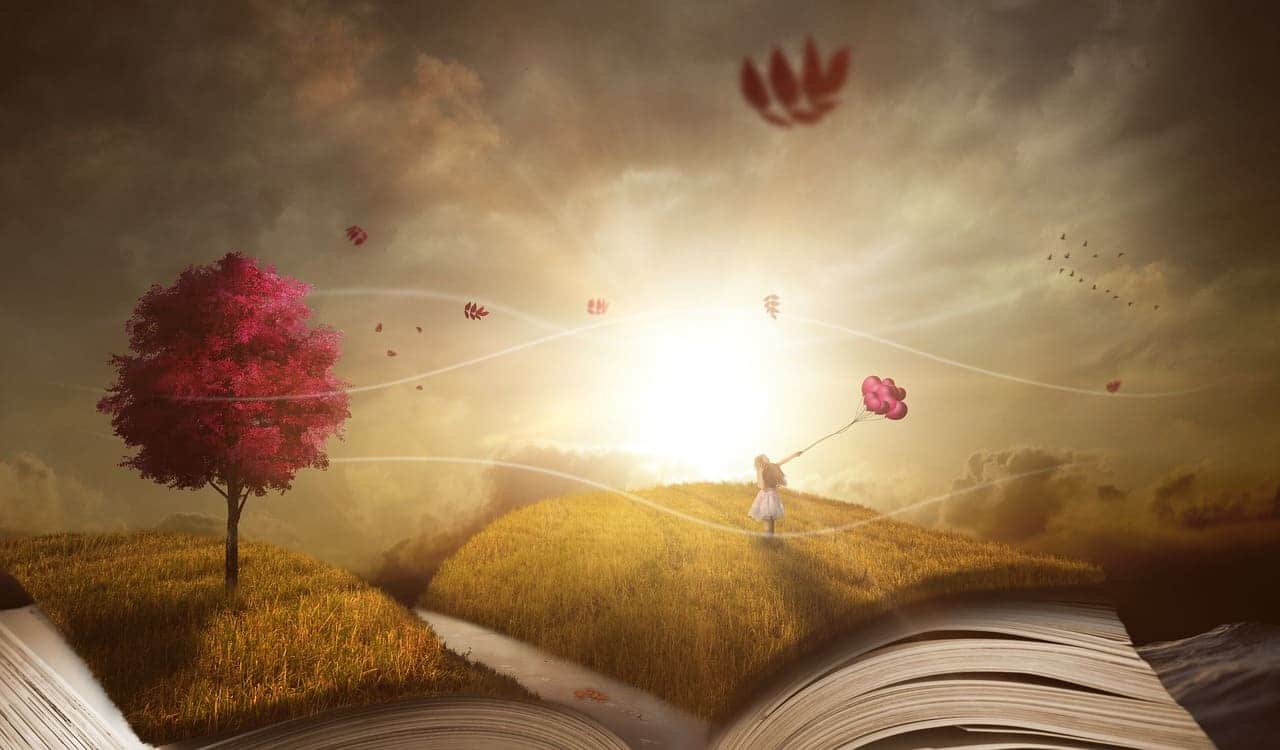 Of all the symbols mentioned in this article, it would be easy to say that animals are perhaps the most common. With the vast array of these creatures living with us, they are necessarily part of both conscious and unconscious states of our minds.

In general, animals appearing in dreams are interpreted as protective beings, stemming from ancient shamanistic interpretations. As guardians of our spiritual realm, they signify both protection and danger from something. Depending on the meaning and value of each animal, one can interpret based on such general context.

Often associated with the desire to reproduce, birth or babies can mean such. Especially when you are in a relationship, constantly dreaming about birth or babies signify your longing for a new chapter in your life.

However, it would be a shame to limit the interpretation of this symbol to such. After all, birth/babies signify something more primordial – the beginning of something new.

Thus, when you dream of this symbol, it usually means that you are longing for something new and fresh in your life, something that you currently don’t have right now. If not, it can also refer to an unfolding of a new chapter in your life.

Exams or tests are usually done as part of university work. When we already have our own jobs and businesses, it might be quite absurd to interpret such as it is.

Instead, the true meaning behind this symbol is self-evaluation. When you dream of exams, it usually points out to the general idea that you are due for re-evaluating your current life choices. As a form of spiritual symbol for reflection, exams challenge us to re-examine our current state of affairs. By doing so, we can hopefully arrive at a way to improve ourselves in the process.

Dreaming of death or the grim reaper is often wrongly interpreted as a bad sign. Although it can mean an impending death in the family or of one’s friends, the interpretation of this symbol should not be limited to such.

Instead, death can also mean a spiritual rebirth. Just as death symbolizes one’s turning away from old ways, this symbol can mean something similar to birth – the opportunity to open new things. As death is an out-of-this-world experience, its meaning also transcends us. While we are able to witness death around us, no one can truly grasp the meaning of passing away. This is why the meaning of such is strongly associated with spiritual transitioning.

Like animals, food is also a common symbol in dreams. While dreaming of your animal style in-an-out double cheeseburger can simply mean that you’re craving for it, food is also often associated with one’s yearning for spiritual sustenance.

Depending on the type of food you’re dreaming of, you are also yearning for a particular meaning in life. Just as food is a necessary part of life, dreaming of it suggests that we need certain empowerment on different levels or aspects of our journey.

Just as we have struggled on spiritual, psychological, emotional, and even physical aspects of our being, food is the key ingredient that keeps us nourished.

Fire or flames are often related to burning or destruction. But as these ravaging flames are necessary for the creation of new things, it would be an unfair interpretation if we were to limit this to the destruction of things.

Instead, dreaming of fire can also refer to the creation process. As flame is an essential part of melting things and forging them, dreaming of it means something similar.

Furthermore, fire can also be related to some energy or force. For instance, being aware of someone’s energy and presence in your life. Moreover, it can also refer to sexual passion or positive change in one’s life. Thus, when you dream of it, try to make sense of which interpretation lays closest to your life right now.

Just like the traditional concept of a home, this represents a sanctuary of stability and comfort. With long hours of work, one longs to get home, feeling secured, and at peace in doing such. When dreaming of this symbol, the image is not quite far from its meaning.

However, the house/home can be interpreted on different levels. Representing the spiritual, emotional, and even physical states, this resting place suggests your longing for serenity. Furthermore, it also suggests an opportunity to integrate the values we’ve learned in the creation of our own place.

In essence, marriage signifies a union between two parties. As a couple decides to dedicate themselves to each other for a lifetime, this unique event signifies a major transition in their lives. By committing to each other, this covenant allows them to pursue a new chapter in their existence.

While this is the traditional value of marriage, dreaming of such doesn’t automatically mean that you’ll get married anytime soon. Instead, marriage in dreams usually means reconciliation of spiritual and/or psychological values. Furthermore, it can also mean that the feminine and masculine sides of your personality are achieving its peak harmony, something that allows you to reach that inner balance.

In today’s world, money is definitely an enabler. By being financially capable or even abundant, one’s wishes in life are way easier to fulfill. You want that dream house? Pay for it! You need to get fit? Hire a coach and subscribe to healthy meals! Money definitely makes life easier for us.

But when dreaming of money, it doesn’t automatically mean that the universe will land its good graces to you, financially. Instead, this symbolism points out to resources that are available to us. Depending on the general context of the dream, money can be interpreted as spiritual, emotional, and even material abundance. Thus, this points out an impending success.

Mountains are usually seen as landscapes of wonder. As these massive pieces of land represent a mountain range, one can’t help but feel it’s an overwhelming presence to us.

As a dream symbol, mountains are seen both as perils and opportunities for growth. With their sheer presence, it suggests to us the challenge of overcoming them, depending on our current phase in life. Whether spiritual, emotional, psychological or material, seeing mountains in your dreams is often a staple sign of the challenges that await.

Dreaming of people often signifies a lot of things. In general, it suggests our relational abilities, whether it is with ourselves or with others. As such, it is difficult to give an accurate description of people, especially when there can be various roles that we play within a particular society.

With that, we’re better off interpreting this section based on the concept of archetypes. As these functions carry specific imagery with them, paying close attention to the symbolism usually does the trick. For instance, we can take into account the wise old man or the great mother archetype, depending on if it represents the anima and animus. Furthermore, other images which involve persons such as pirates can also be related to this.

While sex is usually associated with one’s carnal desires, the meaning of this symbol isn’t necessarily limited to such. Whereas it can symbolize a longing for another person, especially when you’re missing someone in your life, sex can also mean an act of procreation and passion.

In movies, skulls/skeletons often signify the situation which signifies danger ahead. As the adventurer sees the skulls before a cave, such can alert them that many have been through this same path, and yet perished.

In the dream state, a similar meaning can be invoked. Symbolizing an impending death, dreaming of skulls/skeletons is often considered a red flag. However, its interpretation can also mean something that we’ve been storing for a long while, like a hidden talent or repressed quality that can be both positive and/or negative. But generally, this rejected quality is associated with death, something that perhaps a majority of us are trying to avoid.

Commonly associated with the ebbing and flowing of life, water is seen as a fundamental resource. Meaning, water is something that allows life to be, like a force of energy that gives nourishment to our existence.

As such, dreaming of water can often be interpreted from this slant. Like a force that can bring new tidings to us, water can spiritually wash away our sins and misconceptions, giving us a good room to breathe. Furthermore, water is also seen by the zodiac to represent one’s emotional states, just as how water signs excel at managing and expressing their emotions. Thus, interpreting this element depends on how we allocate these accepted meanings.

Walls are often seen as blockages or hindrances that we are unable to surpass. Unlike a fence that we can simply jump over, a wall is something that we must either climb or destroy.

More often than not, walls represent aspects of our self that we are unable to beat. Like a big physical stop sign, some parts of us are unable to grow, signaling a major change that is necessary for us to move forward.

Thus, if you have dreamt of this symbol, it is a good sign for you to re-evaluate aspects of your life and to be honest to yourself which of them needs drastic improvement.

With these symbols on board, you can now have a better grasp of the most common symbols during one’s dreams. As you experience different dreams in any particular day, having a good idea of their possible interpretation gives you an edge – allowing you to make use of your dream as a driving force to move forward. Keeping this in mind, such symbols will become tools for your quest, instead of blockages preventing you from moving forward.

Just remember, these dream symbols can always have a different interpretation other than the ones we gave here. Because dreams are interpreted depending on their context and value, being prudent and critical of how you interpret them will allow for a more accurate result.

While we’re on the topic of symbols – did you also know that each of the chakra symbols hold different meanings?