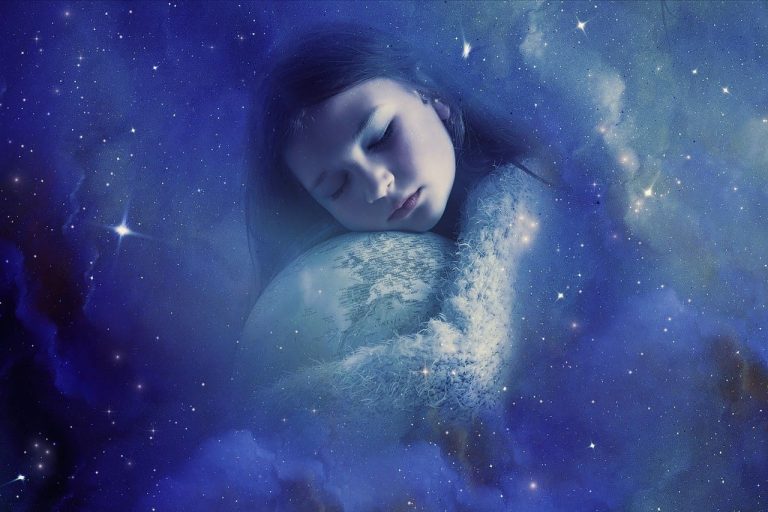 Dream Interpretation from a Hinduist Perspective

Dream Interpretation from a Hinduist Perspective

As part of our existence, dreams are often perceived as a natural thing. Whether we like it or not, the moment we close our eyes, there’s a good chance that we will be experiencing mental images in our heads.
From a psychological perspective, these mental images in the dream state are perceived as direct outcomes of our psyche. Depending on the contents stored in our psyche, we’ll have some dreams as a form of manifestation to us.

But from a Hinduist perspective, dreams mean much more than that. As such, in this article, we’ll be exploring the meaning and function of dreams and how they can lead us to the afterlife.

The Prelude – A Detour to the Psychological Approach

Before proceeding to how Hinduists view dreams, it is crucial for us to take into account the psychological perspective. By doing so, we’ll be able to properly move forward on our discussion on how dreams bear a unique value in all these key areas.

To begin with, the examination of dreams in the psychological arena started to gain popularity after Sigmund Freud. As one of his greatest contributions to psychology itself, Freud pointed out the existence of the preconscious, conscious, and unconscious mind.

With this theory, Freud argued that the value of dreams is most likely relevant in these key areas of one’s psyche. By experiencing contents from the unconscious mind, you will most likely see mental images during sleep, which seeks to spark thoughts in you.

However, taking on this approach seems to posit a limited viewpoint. To forcibly interpret dreams simply from this theory almost certainly boxes out other interpretations of dreams.

As such, his protégé Carl Gustav Jung decided to veer away from this theory. Instead, he created his different levels of the psyche, which would then become the fundamental basis of explaining dreams.

Following the model of Freud, Jung created the concepts of conscious, personal unconscious, and the collective unconscious. To begin with, the conscious realm talks about the things that we are aware of. Whether it recognizes the color of our shirt or understanding the meaning of justice, the conscious mind is able to comprehend such, signaling that we are currently thinking about it.

Moving forward, the personal unconscious is the part of the psyche where we store our repressed goals and thoughts. When we favor one notion of morality over the other, we naturally repress the one that’s rejected and is automatically stored in our personal unconscious.

Finally, the collective unconscious contains things that our psyche has developed over time. As a species, Jung theorized that our psyche develops with us, and that its contents are carried over to the succeeding generations. With the concept of jungian archetypes, Jung developed the idea that we all have a shared set of responses that help us fill in our roles as we move along.

With that, the contents of our dreams are often filled by elements that are found in one or all of these areas of the psyche. As such, apart from the slice of pizza that you’ve had for dinner, you will naturally dream of things such as your shadow archetype, or even universal symbols such as chakras, the mandala and the great mother archetype.

By understanding that our dream state is a convergence zone, these symbols are speaking to us as they tell us what we need to learn, do, or unravel in ourselves. By correctly interpreting the meaning of these symbols, it will be easier for us to arrive at the conclusion that explains our dreams.

With this detour, we now have a psychological context in interpreting our dreams. And whereas these dreams may have varying meanings and contexts, understanding them from the lens of Hinduism doesn’t necessarily have to go against the established theories of dreams in psychology. Instead, this mystical viewpoint can be viewed as a support to accurately understanding dream states. 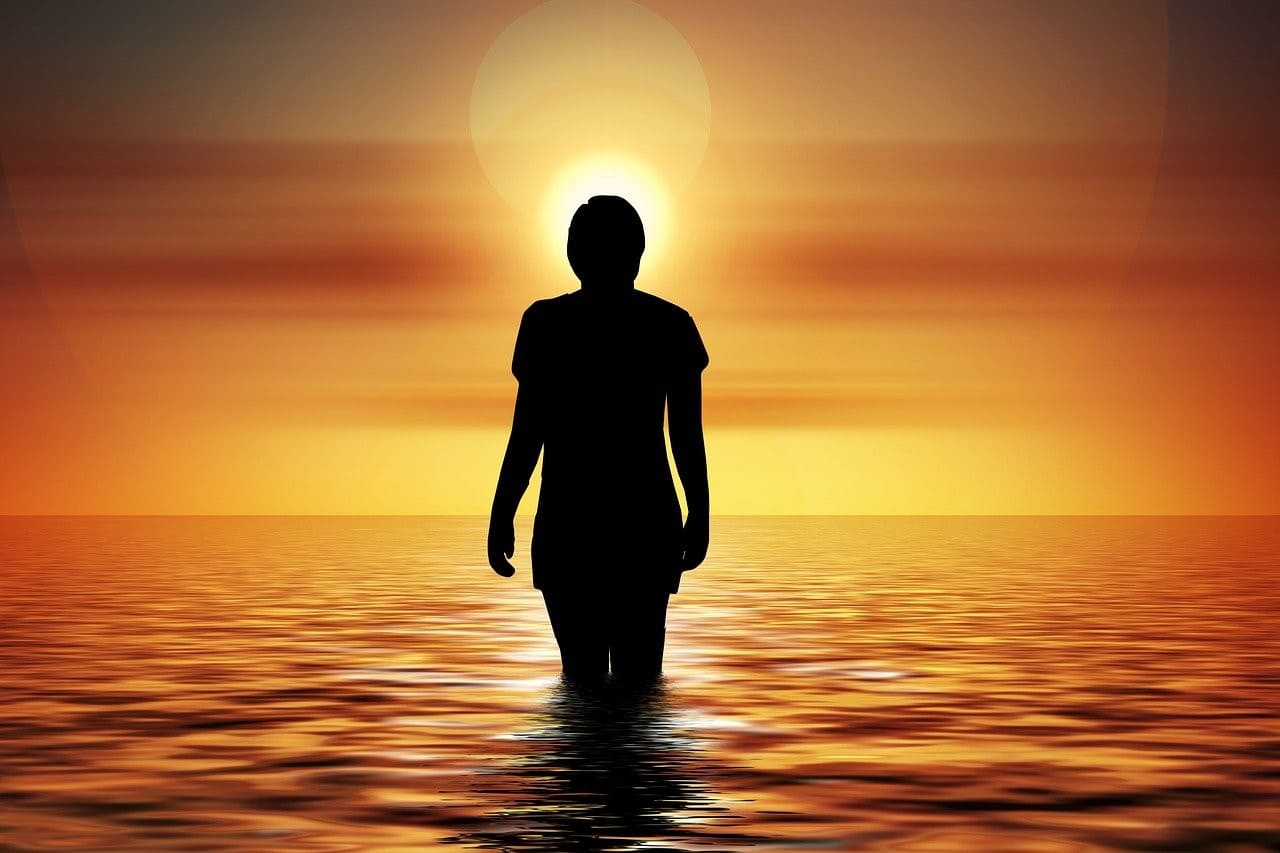 A Perspective Into Hindu Dream Interpretation

Taking on a mystical approach, the Hindu dream interpretation doesn’t only view such as a form of self-discovery. Whereas the psychological approach suggests that the vital importance of dreams rests in being able to know the deeper parts of the subconscious mind, Hinduism perceives it to be more than such.

In this case, Hinduism understands dreams as a both knowing the self while unraveling man’s ultimate destiny. With the existence of dreams, we are able to provide depth to our own lives as dreams itself will prove that there is more than what we see, feel, hear, and touch.

Instead, the Hinduist perspective establishes a strong connection between dreams and the existence of the Atman or the light of consciousness. Given the power of Atman, we are able to reconstruct things at the dream state. Despite them being surreal, dreams can contain a distorted approach to reality itself. In this case, this also means that during the dream state, we are able to transcend the bounds of the material and the physical.

As such, the dream state suggests that there lies a world beyond the physical one. Being a form of reconnection to the divine, dreams symbolizes the infinite potential that we can achieve.

But more importantly, dreams are also seen as a way to take in Karma. Since we know that Hinduism believes in the concept of Karma, dreams are indeed one way to remind us of what we need to do in this life.

For instance, if you keep on dreaming about bad things, then perhaps it is a signal that you need to constantly work on your Karma. As your soul is eternally trapped in the eternal cycle of life and death, you must be able to continually pay good Karma in order to escape such.

If dreams, then, can signify our good and bad Karma, what is its function in relation to our ultimate goal as human persons? In assessing the end-point of dreams, what it simply tells us is that we need to be aware of the divine.

Easily absorbed in our mundane concerns, there’s a good chance for us to forget that we need to do well in this life so that we’ll get closer to the source as we achieve even more perfection.

Like road signs, dreams tell you if you need to go straight, take a detour, or even stop. Although its signals are not as clear as road signs, its mere existence alone should be enough to convince you to labor in this lifetime.

By laboring, you are able to produce good Karma in your life. As such, even in the face of hardships, you’ll be able to carry on and push through with what you really want.

Thus, from a Hinduist perspective, understanding dreams shouldn’t simply revolve on knowing that there is a transcendental reality beyond us. Instead, dreams should be seen as an inspiration for us to labor and carry on our Karma.

Whereas the previous section focused on how dreams can impact us, this third part will show the value of deep sleep in our lives. As such, the psychological approach often doesn’t talk about this state because it is often perceived as a state of nothingness.

Unlike when we dream, these flashing images and symbols can be interpreted based on our context and psychological make-up. But when we don’t dream of anything, there is nothing to talk about. Meaning, nothing exists in our dream, and thus, it is logically impossible to make sense out of it.

For instance, if I try to discuss to you how an Ichiran ramen tastes like, you might get an idea of it because there are things to be pointed out, explaining what I’m trying to convey.

With that, can there be any value to dreamless states?

For Hinduism, dreamless states are seen as the third and the highest form of consciousness. When we are in state of deep sleep, Hinduists believe that we are temporarily reconnected with the divine. Why so?

To make things simpler, our current existence is seen as a drop from the ocean. As this drop travels across worlds, it experiences things. Like us, we meet new people, pursue a new career or passion, and give meaning to our own existence. However, when we finally reconnect with the ocean, all these things will eventually fade into nothingness.

As this drop becomes the ocean, it loses itself. It is not anymore the same. Similarly, when we finally reconnect with the Brahman, we also lose ourselves. Instead of bearing our own individuality, we become one with divinity and perfection itself.

With that, then the dreamless state is perceived as a temporary reconnection with the Brahman. By going into a deep sleep, we become well-rested the morning after since no feelings of joy or sadness have bothered us. Instead of being concerned with our mundane affairs, we become temporarily reconnected with the divine.

Yet similar to dreams, the dreamless state is also only an inspiration to push further. Instead of perceiving ourselves as ultimately connected to the Brahman, we revert back to the waking state, signifying that we must carry on with our journey onwards.

As such, that form of deep sleep where our consciousness isn’t concerned with anything at all can be a good starting point for us to continue building good Karma. By doing good deeds, we hope deep within us that we’ll someday be able to rest and become one with the One. When that time comes, we’ll be free from all sorts of desires and fears, punishment and joy, even morality and personal responsibility.

In understanding the meaning of dreams, it would be very limited to view them only as interpretations of the self. Instead, seeing them from the lens of Hinduism gives us a better interpretation since it incorporates a sense of mysticism and self-realization.

With this view, we see dreams not only as things that bother or excite us during sleep. Instead, it gives us a sense of hope that things will eventually turn out fine as there is indeed an end goal for us.

1 thought on “Dream Interpretation from a Hinduist Perspective”