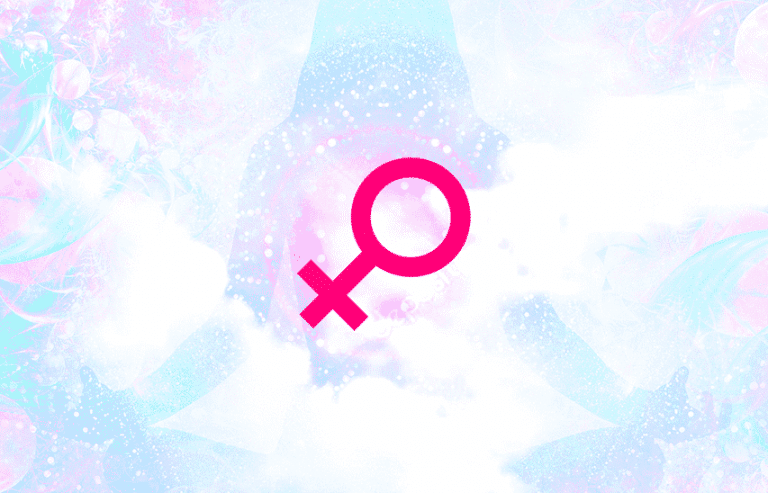 A Beginner’s Guide to Women & Spirituality

A Beginner’s Guide to Women & Spirituality

Women’s spirituality is a grassroots religious movement that exists both within and outside of established religions that seeks to restore the power, value, and dignity of women. That commitment is to bring about in oneself and the world a different vision of justice and equality for all people.

It concentrates on women’s legacy, women’s bodies as the center of the divine, and women’s role in replacing patriarchal and kyriarchal cultures with a society that is equitable for everyone. At the beginning of this empowering spiritual quest, women’s search for meaning in their lives is anchored in their own experiences.

It is centered on the Earth, is embodied, and is directed toward achieving global justice. Human transformation is at the center of women’s spirituality, which challenges conventional ways of knowing and being. It consists of feminist knowledge, ceremonies, religious practices, prayers, and beliefs, as well as other elements. Are you ready to know more about this feminist spirituality?

What is the Origin of Women Spirituality?

The term “feminist spirituality” first appeared in the United States during the second wave of the modern feminist movement, which occurred in the 1970s. Feminists asserted that Judaism and Christianity were sexist religions, with a male God and male leadership, which legitimized the superiority of males in family, church, and society, and that they should be abolished.

They began to scrutinize conventional arguments for female subordination, decrying the exclusion of women from the ministry and rejecting teachings that denied women their own identity as human beings. Some convened in consciousness-raising groups to share their personal experiences, critique patriarchal culture, and fight to reform it.

Others gathered alone to express themselves. Some women were able to reclaim a Goddess-centered religion that anchored them in holy, embodied selves. During the 1980s, this movement emphasized inclusivity while also acknowledging the significance of both differences and similarities among women.

It was both challenged and enriched by a diverse range of voices, contents, methods, and perspectives, such as those drawn from Judaism, Christianity, Islam, Buddhism, Hinduism, Native American traditions, and African cultures, as well as twelve-step programs, self-help programs, and the New Age movement, among other traditions and perspectives.

Diverse feminists began striving to eliminate patriarchy and kyriarchy in all of their manifestations, including racism, classism, sexism, heterosexism, imperialism, ethnocentrism, and ageism, among other things.

The sacred writings and practices of established religions have long been a source of inspiration for feminists who have a religious background in religious studies. Womanly images from the Torah, Talmud, and Kabbalah were rediscovered, as were women’s prayers and poetry from the Diaspora, and ancient women’s rituals such as Rosh Chodesh were restored into the Jewish calendar (new moon) in Women’s Spirituality.

Christian women resurrected the biblical and apocryphal characters of Sophia and Mary and campaigned for women’s ordination in the Church of England. Catholic women repeated the memories of women’s spiritual communities, helped to form the women’s church movement, and celebrated feminist Eucharistic feasts during the twentieth century.

The Reimagining movement was begun by a group of Protestant women. Womanists reinterpreted the brutality that occurred during Jesus’ crucifixion. Mujeristas offered a voice to the liberation efforts of women around the world. Wiccan feminists turned away from established religions and resurrected the Goddess as a result.

Native American feminists resurrected memories of societies that were centered on women and based on Mother-rituals. Although feminists hold a wide range of beliefs about feminist spirituality, there is general agreement that empowerment (healing) for women is the ultimate goal and reward, that ritual is a tool of empowerment and a means of communication with the sacred, and that nature is sacred is a universal truth.

From covens to sacred circles, women’s black church base communities to envisioning communities, living rooms to farmlands, city centers to country corners, women’s spirituality organizations can be found in a range of locations. These small groups gather on a regular basis and provide the raises spiritual sustenance that institutional faiths lack.

What do Spiritual Feminists have to say to you?

Female goddesses have been discovered and recovered by spiritual feminists in order to signify female sacred power and to reflect women as holy. Since the publication of Mary Daly’s Beyond God the Father in 1973, in which she said, “If God is male, then God is man,” feminists have publicly challenged primarily masculine depictions of God and designated female deities as deities. In their language, they speak about such deities as the Great Mother, Goddess, Grandmother, Spider-Woman, and Corn Woman, as well as Gaia, Sophia, and Mary.

North American women have resurrected the adoration of ancient goddesses from around the world, including Europe, the Near East, Native America, Shamanism, Buddhism, and Celtic mythology, among other traditions. All around North America, feminists are developing rituals and ceremonies that reflect women’s lived experiences, communicate with the divine, and empower women to affect personal and social transformation.

They employ symbols and stories, images and language, ritual components, and art forms that have emerged as a result of women’s lived experiences to express themselves. Menarche, partnering, reproductive choices, conception, miscarriage, abortion, childbirth, menopause, crooning, and death are some of the rituals that women perform throughout their lives to honor the sanctity of their bodies and the goodness of their choices.

Healing rituals provide assistance for women who have survived rape, incest, domestic abuse, addictions, breast cancer, hysterectomies, and HIV-AIDS. They also help women who are pregnant. The celebration of the Wheel of the Year restores the sacredness of the biological cycles of spring, summer, autumn, winter, and the four equinoxes, as well as the four seasons.

Participatory, circular, and body-centered ritual experiences are the hallmarks of this tradition. Their united presence creates a space where women’s ways of knowing—thinking, feeling, reacting, and living—become normative, raising feminist consciousness while challenging mankind to achieve a worldwide shift toward justice.

Women’s Spirituality is a movement that entails uplifting women from all walks of life. It helps foster a sense of empowerment and self-care within inherently powerful women.

Do you walk the life of a woman who is spiritual?