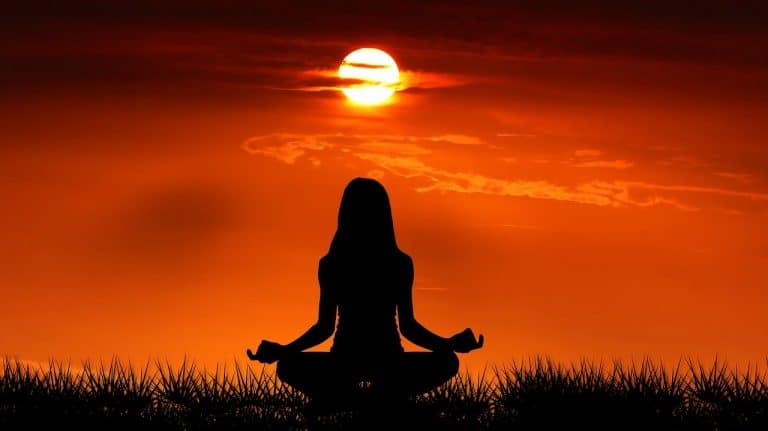 A Refreshing Perspective of Goddess Spirituality

A Refreshing Perspective of Goddess Spirituality

Most “traditional religions” have a male supreme, male god, or sole deity. However, we are now discovering that our most ancient beliefs were based on the worship of a Great Mother, a Grand Goddess who’s the mother of both celestial daughters and heavenly sons, by both women and men. We can find out more about the divine and sacred feminine through Goddess Spirituality.

Goddess spirituality is the profound awareness and expression of heavenly power.  Within the universe, there are feminine energies. It first appeared among our ancestors.  It began with our ancestors in Africa during the Palaeolithic Age, and it persists to this day in communities all over the world because it meets deep needs in followers’ psycho-spiritual lives.

With its agricultural revolution and focus on the fertility of the Earth, seen as Great Mother, Bearer of All Life, goddess spirituality played a vital role in the Neolithic Age. Artemis of Ephesus is a recent manifestation of this Goddess, seen here with a zodiac-sign necklace and a costume of mystical animals, bees, and flowers. Voters dubbed her Glorious, Marvelous, Queen, Leader, Mentor, Consultant, Legislator, Light Propagator, Savior, and Fate Designer. Wish to know more?

Origin of the Great Goddess

The picture of a goddess arose throughout a huge swath of the country stretching from the Pyrenees to Lake Baikal in Siberia approximately 20,000 years ago and more. Monuments made of stone, bone, and ivory, small figures with long bodies and falling breasts, rounded motherly figures pregnant with children, figures with signs scratched on them –  all of these have survived through the uncounted generations of human beings who make up the race’s history.

The evidence for Goddess worship’s pervasiveness in prehistoric days is both sparse and powerful. Some experts believe that an age existed when the Goddess was revered as the principal deity, the Source of all life, the Creator, based on recent archaeological finds and enhanced dating methods.

These mostly feminist researchers argue that before the formation of warlike, male-dominated, hierarchical cultures whose rise appeared to correlate with the birth of written language, our forefathers venerated the primordial Source of the cosmos and all life as feminine.

Simultaneously, there is almost no official document of the Goddess culture practices and beliefs proposed by these archaeologists and scholars, and many traditional religious scholars deny the possibility of an idyllic Goddess culture in which males and females joined forces and warfare was practically unknown as wild speculation.

Nonetheless, all of those figurines, as well as the vehemence with which advocates of male warrior gods battled Goddess worship, indicate a once-dominant culture that has been mostly forced into hiding. The Goddess appears to have been widely worshiped from Southern Europe to Siberia, through the Mediterranean coast, and down to the Fertile Crescent of Mesopotamia, at some point during the Paleolithic, or Stone Age, which ended roughly 10,000 years ago.

Also, the crane, duck, goose, dove, and owl were among her manifestations, as were the bull, bear, doe, butterfly, and bee. She was associated with life-giving streams in the manifestation of rain or rivers, plants, and the moon, whose phases dictated the agricultural lunar calendar.

We have long assumed that religion began with Yahweh, Ra, Mithra, Shiva, and other almighty male figures since the growth of patriarchal religions corresponded with the discovery and expansion of human texts and the technology to preserve official documents.

Who the Mother Goddess or Great Cosmic Mother is

The Goddess, as the Great Mother, ultimately encompassed both male and feminine traits. Long, obscene necks are common in those small miniatures with swollen hips. Distinct phallic forms began to develop around 10,000 years ago, mostly in the guise of a serpent or bull. In what is known as the sacred marriage, human male forms emerge infrequently alongside the Goddess. Male gods first appear as the Goddess’s son and/or lover in Egyptian and Mesopotamian society, but not as the main creator deity of later eras.

The tribes who created these items would have been defined by matriarchal ancestry, with women held in high regard and honor as the evident life-givers, who without humanity would perish. Additionally, the sexes’ roles would have been equal in a way that they haven’t been in the past. There are no archaeological indicators of military fortifications, nor are there indications of vast disparities in wealth, rank, or prestige in the art that persists from that era.

Weapons are represented as being used only for hunting, and there are no archeological signs of military constructions. The divine and secular world have been inextricably linked, with a social framework that was egalitarian and communal instead of autocratic and elitist. Also, the arts thrived at the time, and all indications are that they were mostly cultivated – most likely by women – during this long, tranquil summer following the previous Ice Age.

There are two distinctions of strong focus: goddess feminists emphasize their feminist politics directly, whilst the phrase “Goddess movement” emphasizes the movement’s spiritual or religious aspect.

What is its origin?

In the late 1960s, the integration of neo-pagan beliefs and practices with the spiritually enlightened component of the women’s liberation movement spawned the movement in the United States. Feminist authors such as Mary Daly, Merlin Stone, Naomi Goldenberg, and Carol Christ were influential in the early days of the movement, pointing out the negative effects or insignificance of male-identified religions.

Particularly Judeo-Christianity, on women, and advocating for an alternative woman-identified spirituality based on the principle of the Sacred Feminine or ‘the Goddess.’ Starhawk, Z. Budapest, and a slew of other neopagan authors on both sides of the Atlantic incorporated Wiccan themes into the movement.

This movement spread quickly, and it is currently seen in every Western society as well as several Asian countries. The population of the United States is believed to be 500,000, whereas the population of the United Kingdom is predicted to be 110-120,000. (Griffin 2000:14). The movement recognizes ‘the Goddess’ as the preeminent symbol of divinity, as do most other branches of Neo-Paganism.

It deviates from Wicca and other neo-pagan traditions in that the masculine principle or ‘the God’ is given very little recognition, gender bipolarity is not an important belief, rituals are less formally constructed and much more creative, there is no lengthy process of education and initiation into a collective, and there are no inferior divinities, spirit beings, elementals, mythical creatures, and etc.

What do the followers of Goddess Spirituality have to say?

Goddess spirituality, according to Goddess movement participants, is the oldest religion of all, with origins dating back to the Paleolithic era and a worldview similar to shamanism. They claim that for thousands of years, European societies’ religions were centered on the worship of a Great Goddess who was responsible for the generation, nourishment, and regeneration of all life: wild plants, crops, animals, and humans, based on archaeological, important historic, and traditional studies.

The human, as well as heavenly feminine, were honored in these civilizations, women and men shared power fairly, and community life was non-hierarchical and mostly harmonious. Earth was respectfully honored and cherished as sacred, and her seasons and cycles were properly recognized and commemorated.

This way of life is thought to have altered dramatically during the Bronze Age, when successive waves of Indo-Europeans entered southern Europe, bringing with them warrior deities and patriarchal welfare systems, and destroying the ancient peaceful, matrifocal, Goddess worshiping societies.

Marija Gimbutas, an archeologist, has written several books about this scenario, and her research is frequently cited and highly appreciated within the movement. Beyond the Goddess movement, meanwhile, archaeologists, notably feminist archaeologists, have lately condemned Gimbutas’ techniques and conclusions.

Furthermore, participants of the present Goddess movement argue that the time is now right for the Goddess’s re-emergence, and this history/mythology offers rhetorical power and motivation to them. The Goddess’s extinction is seen to be linked to the decline of women’s status in society and the loss of a sacred viewpoint on the ground.

Her reappearance is seen as signaling a much-needed revaluing of women, a realignment of gender norms, a sacralization of nature, and a re-conceptualization of human relationships with the balance of nature.

The Goddess movement’s main goal is to repair the damage created by thousands of years of patriarchal culture and religion, particularly its effects on women and their surroundings. Goddess rituals are designed with the goal of encouraging women to take control of their lives and perceive themselves as divine. They are generally based loosely on a Wiccan structure.

Immanence, connectivity, and community are the three main concepts of Goddess religion, as per Starhawk (1989:10). The concept that ‘the Goddess’ is infused in all of nature, as well as each individual, is known as immanence. All beings in the cosmos are linked and interconnected with one another to form one organic, living system, according to the concept of interconnection.

Community is a natural completion of the other two concepts, highlighting the need to live with dignity, accountability, and an understanding that maintaining the world is crucial to preserving a person’s existence.

What is going on with this movement as of late?

The movement’s use of stories, goddesses, and religious rituals from classical and contemporary religions is highly eclectic. Goddesses can be invoked or worshipped as deities, or viewed as archetypes of women or tools for insight and inspiration, whether they be ancient Greek, Celtic, Native American, Hindu, or Maori.

Furthermore, this new religious movement has been accused of plundering indigenous peoples’ cultural property as well as exploiting and misconstruing the past to fulfill present social and spiritual agendas because of this borrowing from various religious traditions. These issues are also causing concerns among some in the movement.

This feminist spirituality is a religious movement with a spiritual practice that involves many goddesses that were greatly impacted by Western Civilization.

Do you think the Goddess Path is for you? Which fact about the Goddess Spirituality interest you most?