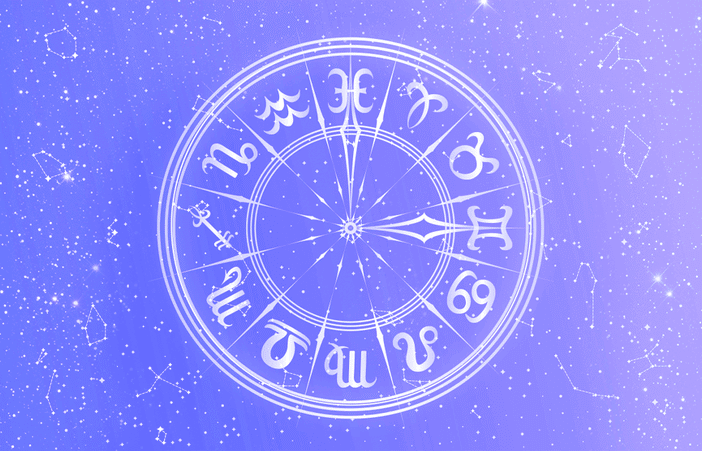 Zodiac Sign Dates: A Complete Guide to the 12 Astrological Signs

Zodiac Sign Dates: A Complete Guide to the 12 Astrological Signs

The zodiac sign dates, like a puzzle, are comprised of twelve signs, each of which is a significant and important part of the whole. Each of the four elements – air signs, fire signs, water signs, and earth signs – contributes to the formation of a cohesive whole, which is manifested in your life through the distinctive characteristics that make up your personality.

Although astrology is a very complicated subject to study, its most basic tenet is based on the zodiac’s familiar constellations, which are represented by the zodiac’s twelve-star signs. Each sign has, over the course of many years, acquired its own set of traits, including mythology, animals, and colors, as well as its own unique connections.

Every sign shines a light on the world in its own unique way, illuminating both its formidable powers and its tiring shortcomings in the process. Astronomically, we know that the Sun does not move since its stability binds the entire solar system. This is why it is important to keep track of your birth signs or birthday signs. Are you ready to know more about the zodiac sign dates?

Do you know your Zodiac Signs well?

The location of the Sun at the exact moment of your birth is known as your “sun sign,” and it serves as a cosmic launching pad for both amateur and professional astrologers. Your sun sign is defined by your birthday and defines your fundamental personality, sense of self, basic preferences, love compatibility, and way of life. That’s why it is imperative to know the zodiac sign dates.

This astrological location illuminates both your natural talents and your difficult-to-see blind spots. Your joys, wishes, defects, and fears distinguish you, and when coupled with the other planets and placements in your birth chart, it forms a distinct celestial profile that serves as your cosmic fingerprint. The 12 zodiac signs are further subdivided into four triplicities and three quadruplicities in the zodiac sign dates.

Don’t worry if this appears a little perplexing; there is a method to the craziness of the zodiac sign dates. The four zodiac sign elements are referred to as triplicities, and each group has three zodiac signs: Fire Signs (Aries, Leo, Sagittarius), Earth Signs (Taurus, Virgo, Capricorn), Air Signs (Gemini, Libra, Aquarius), and Water Signs (Cancer, Scorpio, Pisces). Fire signs are passionate and enthusiastic in general, earth signs are practical and grounded, air signs are scholarly and inquisitive, and water signs are intuitive and emotional.

Quadruplicities, also known as “modalities,” refers to the attributes of the signs and where each zodiac sign occurs within its season. There are three modalities, each with four zodiac sign dates: Cardinal signs (Aries, Cancer, Libra, and Capricorn) appear at the start of a new season and are excellent for taking action and initiating projects.

Fixed signs (Taurus, Leo, Scorpio, and Aquarius) appear in the middle of a season and are known to be steady, consistent forces that maintain movement; and Mutable signs (Gemini, Virgo, Sagittarius, or Pisces) appear at the end of a season and have effortless fluidity well-suited to change and transition in the zodiac sign dates.

Known as the March Zodiac Sign and April Zodiac, as the first sign of the zodiac, Aries relishes the opportunity to take the lead. It should come as no surprise that this dynamic fire sign is no stranger to the world of competitiveness. Courageous and driven, those born under the sign of Aries aren’t afraid to take on even the toughest challenges head-on—they just make damn sure they come out on top every time.

Known as the May Zodiac Sign, the bull is the astrological symbol for the earth sign Taurus. In the same way, as their heavenly totem animal, Taureans prefer unwinding in tranquil, bucolic settings where they are surrounded by gentle sounds, comforting fragrances, and scrumptious sensations.

Known as the June Zodiac Sign, Gemini is motivated by an unquenchable curiosity, which manifests itself as spontaneity, playfulness, and endearing eccentric behavior. This air sign, which is appropriately represented by the celestial twins, was interested in so many things that it needed to double itself in order to accommodate all of its passions.

Known as the July Zodiac, Cancer’s ability to exist in both the emotional and material domains is symbolized by the crab’s ability to move fluidly between the land and sea where it is found. Cancers have exceptional levels of intuition, and their psychic powers are often manifested in the physical world. However, similar to the crustaceans with tough exoskeletons, this water sign is eager to do everything it takes to shield itself from emotional harm.

Known as the August Zodiac Sign, prepare to greet Leo on the path of honor for they have arrived!  These energetic fire signs are the kings and queens of the celestial jungle. Leo, symbolized by the lion, is known for their fiery passion, unwavering loyalty, and notorious flair for the spectacular. They are overjoyed to take on the responsibilities of their royal status. Leos enjoy basking in the spotlight and making a big deal out of themselves because they are vivacious, dramatic, and fiery.

Known as the September Zodiac, Virgos have a life philosophy that can be described as logical, practical, and systematic. The  Virgo is a sign of the earth, and throughout history, she has been symbolized as the goddess of wheat and agriculture. This connection highlights Virgo’s deeply ingrained influence on the physical world. Additionally, this earth sign strives for perfection in all aspects of life and isn’t hesitant to push themselves to better their skills via hard work and perseverance.

Known as the October Zodiac, the energy of Libra is characterized by balance, harmony, and fairness. As a cardinal air sign, Libra is associated with the scales, which is intriguing given that the scales are the sole inanimate object associated with the zodiac. This association shows Libra’s preoccupation with finding a state of balance. The sign of Libra is preoccupied with symmetry and seeks to achieve harmony in all spheres of life, but notably in relationships and other emotional problems.

Known as the November Zodiac, one of the zodiac sign dates that is often misunderstood due to its elusive and secretive nature is Scorpio. As a water sign, Scorpio draws its strength from the emotional energy of those around them in order to cultivate tremendous insight into the material as well as the spiritual realms. In point of fact, Scorpio’s psychic powers are the source of its great bravery; this is one of the reasons why this sign is considered to be one of the most intricate and dynamic signs in the zodiac.

Known as the December Zodiac, this sign of the fire element has no limits. Sagittarians, who are symbolized by the archer, is always interested in expanding their knowledge. Sagittarius, the final fire sign of the zodiac, is known for launching its numerous endeavors with the ferocity of flaming arrows. These endeavors include the pursuit of geographical, intellectual, and spiritual experiences.

Known as the January Zodiac, the Capricorn is aware that patience, tenacity, and determination are the only ways to scale the mountain, thus they are making their way up the mountain in a direct route to the top. Also, Capricorn, the final earth sign of the zodiac, is symbolized by the sea-goat, a mythological monster with the body of a goat and the tail of a fish. Capricorns are known for their practical nature. As a result, those who are born under the sign of the Capricorn are adept at traversing both the material and emotional domains.

Known as the February Zodiac, the sign of Aquarius is the last of the zodiac’s air signs, despite the fact that its name includes the word “aqua.” Aquarius is symbolized as the water bearer, a mystic healer who bestows water, and hence life, upon the earth. Also, Aquarius is known for being innovative, progressive, and openly revolutionary. As a result, Aquarius is considered to be the most humanistic of all the astrological signs. In the end, Aquarius is committed to making the world a better place for everyone.

If you were to look up the word “psychic” in the dictionary, you would almost certainly find an illustration of the fish-like sign Pisces next to it. Because it is the very last sign in the zodiac, Pisces possesses the highest levels of intuition, sensitivity, and empathy of any other sign in the entire horoscope.

Pisces, as the concluding sign, has the unique ability to take in all of the previous signs’ experiences, including the highs and lows, the hopes and anxieties, and everything in between. It is represented by two fish swimming in opposite directions, which stands for the way Pisces’ attention is constantly split between dream and reality.

The Zodiac Sign Dates definitely tell a lot about your favorite zodiac signs and what they are like. Each date lets you know how important the seasons are to the zodiac horoscopes.

Which among the zodiac sign dates surprised you the most?