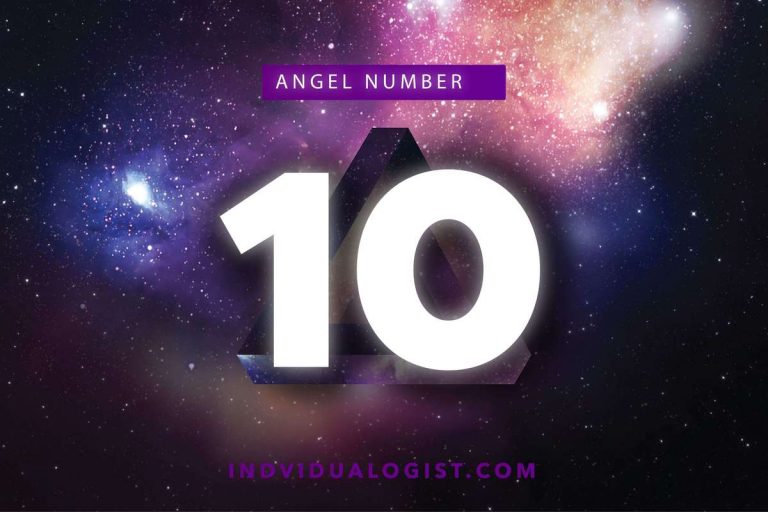 Angel Number 10: Tips On How To Accept That Everything Has An Ending

Angel Number 10: Tips On How To Accept That Everything Has An Ending

Angel number 10 is a combination of two consecutive single-digit angel numbers: 1 and 0.

These powerful numbers source their energies from the vibrations of the spiritual realm, and as a message from the guardian angels, it bears the message you need to hear at the moment.

Learning the meaning of its individual components helps in understanding the fullness of angel number 10’s message.

First, angel number 1 is the sign of fresh starts. Whether an opportunity or a second chance, a new chapter is about to open in your life.

It affirms your independence, leadership skills, perseverance, and charisma — all of which you need to face this new beginning.

On the other hand, angel number 0 is a sign of spiritual awakening. Others may see it as the symbol of nothingness, but the guardian angels assure you that it only allows life to run its natural course.

It’s also a promise from the divinity that there’s something in the works for you.

Angel number 10 is the symbol of the completion of a cycle. As you prepare to bid goodbye to one aspect of your life, don’t worry. The guardian angels are preparing something new and better for you.

In Christianity, there are a number of instances that point to the relevance of number 10. For example:

Angel number 10 brings the promise of a new chapter in your life, and this is certainly a good sign.

This sacred number radiates positive vibrations to everyone it’s shown to. As a number that holds a deep connection with the universe, it’s also a testament to the guardian angel’s support.

The closing of an old door means an opening of a new one.

They’re encouraging you to go out of your shell and show the world how truly capable you are. You have so many skills and talents that you haven’t yet discovered, not because they’re hidden, but because you haven’t experienced situations that allow them to come out.

This time, leave all your regrets in the past and don’t let anything hold you back.

Allow angel number 10 to give you the renewed strength to face the future. More importantly, ponder on its meaning to gain wisdom on how you can maneuver your life towards the path of your dreams.

Also, this angel number is an encouragement for you to switch your mindset. Manifest your dream life and visualize that you’re already living it right now.

By being optimistic about your goals, you’re allowing more positive vibrations to come in and refresh your mind as you work on making your dreams a reality.

Is angel number 10 a lucky number?

Angel numbers are neutral on their core. They are messages from divine beings that explain the certain how’s and why’s of your present situation.

The guardian angels are reminding you that you’re capable of making your own decisions, so whether you want angel number 10 to be a lucky sign or not — it’s up to you.

It’s also human tradition to associate numbers with luck, and in this case, there are different opinions surrounding numbers 1, 0, and 10.

Number 1 is the sign of winners. It represents power and monopoly across different cultures.

Second, number 0 is viewed as a lucky number for wealth, particularly in China where it shares the same pronunciation with the Chinese word for “good.” Chinese people also believe that even numbers are lucky because they bring balance.

Angel number 10 is a sign of good luck for people who are flexible to all the twists and turns of life.

If you’re open-minded enough to put your plan out there for the universe to work with, you’re already one step closer to your goals.

On the flip side, 10 angel number can be a bad omen for people who maintain rigid points of view.

It’s challenging to be pulled away from your comfort zone, but growth is really nowhere near it.

What does angel number 10 represent?

As a message from the guardian angels, angel number 10 has multiple meanings. Some are obvious, others are more tricky to read.

If you cannot figure out what applies to you at first glance, take the time to read between the lines and ponder on it.

When you’re given the sweet chance of a new beginning, nothing is impossible. Take this number as a go signal to pursue your biggest dreams.

What is the worst thing that can happen, right? If all you think of are the implications of failure, you’ll never get started.

But, try to flip the thought around. What if you succeed?

Grab every opportunity without thinking twice. You already have what it takes to conquer them.

Just trust your intuition to guide you along the way.

Second, this angel number means changes are coming in.

For you to arrive at your destination, you need to travel through a series of changes that will shape you to be the best version of yourself.

This can mean the most exciting ride of your life, but it can also mean that you’re bound to face challenges that will test your character.

What’s sure is that the guardian angels look out for you, and it’s their happiness to nudge you towards the right path.

Third, this number is an affirmation that everything you need to reach your dreams is already within you. All you need to do is to actualize your potential.

If you want a promotion in your job, don’t hesitate to ask for it. You have the right leadership skills to manage a team and the right sense of responsibility to run it efficiently.

The only step you need to take is to ask for it. Sure, your boss may say no, but what if they say yes?

Angel number 10’s take on love and romance can significantly change your life.

Banking on its meaning on your goals and career, you’re about to embark on a new phase in your love life as well. Whether you’re happily committed, on the brink of a breakup, or currently single, the appearance of angel number 10 can boost the next chapter.

If you’re happily committed, there must have been talks of taking things to the next level. When you and your partner have planned what’s next for your relationship, take this as the sign to go for it.

Tie the knot. Move-in together. Perhaps, start a family. Only you know what’s next, so go at it. The guardian angels are supportive of your decision.

If you’re on the brink of a breakup, the appearance of this angel number can bump up the speed of it. There are times when love isn’t enough to sustain a relationship, and in order for you and your partner to grow as individuals, you need to go separate ways.

And if you’re currently single, evaluate whether you’re ready for a relationship. The angels are waiting for your decision, and whatever you decide on, they’ll help you with it.

Why do I keep seeing angel number 10?

By now, you should’ve known that angel number 10’s appearance in your life is not a coincidence. The guardian angels willed it, and your strong spiritual connection with them allowed you to receive it.

It’s telling you that so much of this world is out of your control. Resisting the natural cycle of things will only lead to more pain.

Instead of fighting back, learn to accept it. Acknowledge how much it hurts. Feel all the emotions you need.

And when it’s time to move forward, take all the time you need to step one foot in front of the other.

Greater things are waiting for you. Trust in the universe and have faith in yourself. You deserve every bit of it.

Angel number 10 is a reminder of the natural comings and goings in life. Coming from the divine beings, it’s the most appropriate message for your situation.

Every beginning comes with an ending. That’s the hard truth.

But sometimes, the truth can be difficult to swallow, so you resist and deny the course of things.

This angel number isn’t meant to scare you. More importantly, it’s not sent to make you anxious about the future. It’s actually the guardian angels’ effort to comfort you in this confusing time.

Be open to what might happen in the coming days. You may not understand them as you go through them, but everything will make sense soon. Until then, hang in there.

What do you think of angel number 10’s meaning?

Which part resonated with you the most?