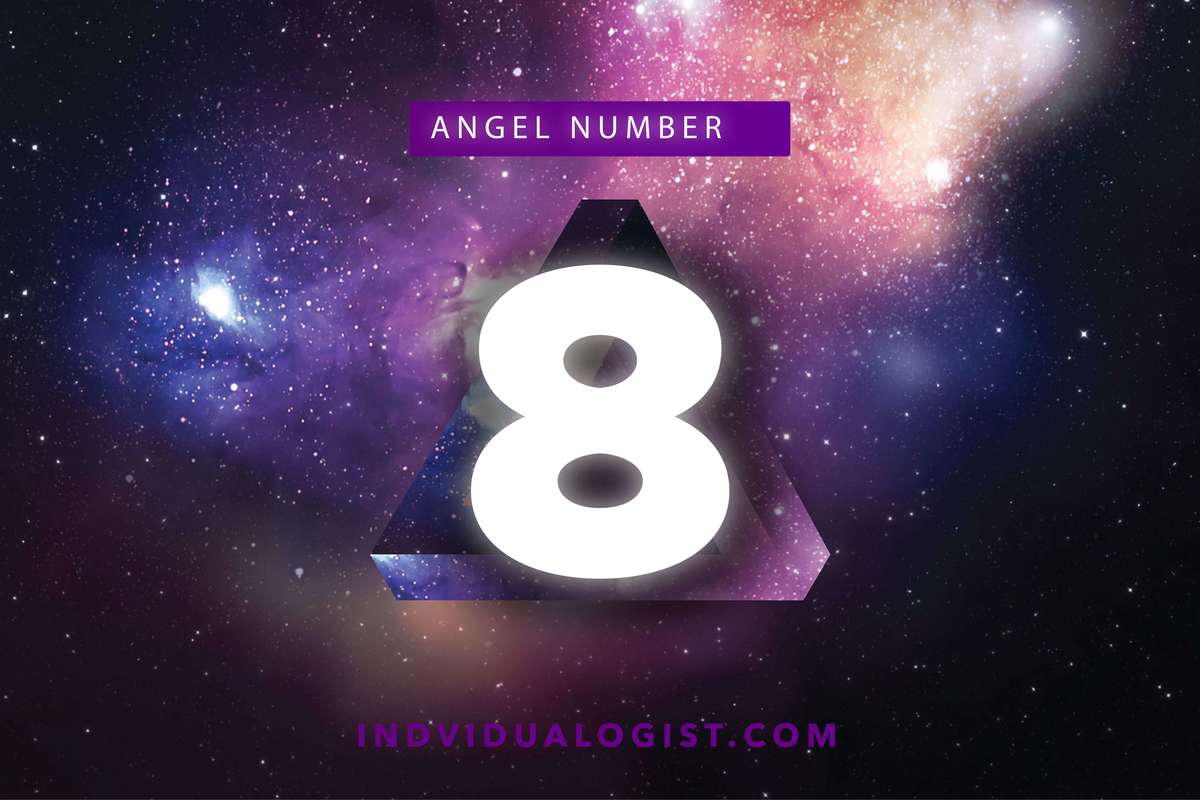 Angel Number 8: How The Universe Is Ready To Shower You With Abundance

Home » Blog » Angel Number 8: How The Universe Is Ready To Shower You With Abundance

The guardian angels have important messages that they want to impart. Because of the divide between the material and spiritual realm, they do this by sending special symbols called angel numbers. Each one has a different meaning that appears during the period when you need them the most. If you keep seeing angel number 8, you’re set up for success, but the road is not easy. Be open to learning its meaning, apply it to your life, and work on improving yourself.

Angel Number 8 – What It Means

What is the spiritual meaning of angel number 8?

Angel number 8 contains a special message from the guardian angels to help you make sense of what you’re currently going through. More importantly, they’re sharing their insight on how you can rise over your current challenges.

As a powerful karmic number, it holds the lessons that you can learn from your past self.

Its spiritual vibrations come from a strong place. When your past self did selfless things to help and uplift others, then by the law of karma, the universe will send abundance for your present self.

On the other hand, if your past self failed to build good karma, all the consequences will fall upon your present self.

Angel number 8 has the capacity for grounding. It can also help you to look inwards and realize your spiritual connection with the Universe.

It’s your present self’s responsibility to empty your karmic bucket and unlock the opportunities that are waiting to pour on you.

In Christianity, the 8 angel number also has significant symbolism. Aside from being the sign of new beginnings, here are other meanings that it holds:

Angel number 8 is a significant number in numerology. When it appears in your life, take it as a good sign.

As a karmic number, it’s a sign to take a look back at your life and see what you’re doing. Have you been building good karma? Or are you wasting your life away?

Every time you receive a new opportunity, remember that it’s not a random act of grace from above. You’ve done something good in the past, and now, you’re being rewarded.

Likewise, if you keep bumping into a challenge, perhaps you’ve been resisting your calling. It’s hard to allow good things to come in if you keep blocking their path with negative energy.

Another possible reason is you’re just facing the consequences of the actions you did in the past.

As they say, hindsight is 20/20. It may be hard and grueling to deal with now, but it’s also a reminder for you to make better choices for the future.

This angel number focuses on abundance. But regarding its real meaning, it’s up for you to define.

Whether it’s success, wealth, or authority, everything is possible as long as you put your mind to it. Visualize your higher self and manifest all these things into reality.

Keep in mind that the guardian angels are supportive of you. As long as it’s for your own good, they’ll always go out of their way to see how they can help you out.

Is angel number 8 a lucky number?

Despite being a message-bearing number from the guardian angels, it’s human culture to associate numbers and luck.

Asians, especially the Chinese, believe that number 8 is one of the luckiest numbers.

Aside from even numbers being luckier than odd numbers, the pronunciation of the Chinese word for 8 is similar to the word that means “make a fortune.” This number’s shape is reminiscent of two coins stacked on top of each other, which symbolizes wealth.

It also signifies social status, which is highlighted in the Asian culture, so people shell out more money to have this digit on their plate, phone, and house numbers.

This number may have a reputation of being a harbinger of luck, it may not necessarily be that way for angel number 8.

The guardian angels are reminding you that you have control over your life. Should you want to make the appearance of 8 angel number a sign of good luck, follow the path that aligns with your dreams.

That said, this number can also be a sign of bad luck for people who have bad karma.

If they don’t work on becoming better people to themselves and others, it will be difficult to flip their lives around.

More importantly, if they’re not willing to put in the work, they’ll continue to have a stagnant and miserable life.

What does angel number 8 represent?

Angel number 8 is packed with meaning beyond what meets the eye.

What the guardian angels are trying to tell you may not be what you read in these sentences, but the thoughts that form in your head while you’re reading them.

Go beyond what’s obvious. Broaden your perspective and submerge into the message.

Before abundance comes into your life, you have to prepare for it. And the first thing you need to do is change your mindset.

Trust in yourself. You’re capable of doing so much more than what you can imagine.

That being said, the second meaning of this angel number is all about gaining self-confidence.

Despite your karma, the forces of the universe are not against you. There is always an opportunity to become better.

You don’t earn confidence, you cultivate it from the inside. It’s something you owe to yourself.

Despite what other people might say, you have the responsibility to look after your own self. So, if it’s success you want, it’s success that you should prepare for.

Third, the guardian angels are reminding you to practice gratitude.

No financial success will be enough if you don’t learn to be grateful for what you have. If all you do is want more, what amount of money will make you truly happy?

Now is the best time to make it a part of your life. And the best way to do it is to be grateful for the small things.

Be more observant of your surroundings and you’ll see details you’ve never noticed before.

For example, the texture of the coffee you’ve been drinking every morning, the warmth of a freshly cooked homemade dinner, and the softness of your sheets before you fall asleep.

Angel number 8’s role in love and romance may be subtle at first glance, but its effect can be life-changing.

Whether it’s between you and a romantic partner, platonic friend, or a family member, each of your relationships can use better communication.

Be more upfront with your feelings. Communicate it in a way that wouldn’t cross other people.

If you have a romantic partner, be sure to set aside some quality time for them. It’s easy to take these things for granted especially when you’re in a long-term relationship because you’re used to them understanding you at all times.

Don’t use work as an excuse. There’s always more work when you get back to it.

Also, when you set a goal, don’t forget to include your partner in the picture. If you really want them by your side for a lifetime, start building a future with them.

More importantly, make sure that both of your future goals align. This way, there will be less friction when they work for their own abundance as well.

If you’re single, make sure that you have the time, energy, and effort to commit before you find a partner.

When you’re busy juggling your career, family, and future plans, it may be challenging to add romance. Others may say “something’s gotta give,” but it really doesn’t have to be that way.

Angel number 8 is a sign that the universe will guide you towards the person who will match your personality and lifestyle. If you’re busy with work, trust that this person will be busy with theirs as well.

There’s no single manual for relationships. As long as it works for both of you, who has the right to judge?

Why do I keep seeing angel number 8?

The guardian angels are sending 8 angel number because, among all the angel numbers, this bears the most situation-appropriate message.

Because you typically see it during a challenging period in your life, its appearance has serious implications not only for your present self but also for the future.

When the going gets tough, reach out to the guardian angels for help. You’ve done this before, and this specific angel number is their reply.

They will always be here for you, willing to point you in the right direction.

Angel number 8 is a wake-up call for people who have a hard time keeping their life together.

As one of the most important numbers in numerology, this digit promises abundance, wealth, and success. It’s a karmic number that rewards your past self’s good work by treating your present self with a great life.

The appearance of 8 angel number means there’s a lot of inner work to do. Trust in the guardian angels to guide you along the way.

What do you think of angel number 8’s meaning? Did it resonate with you?