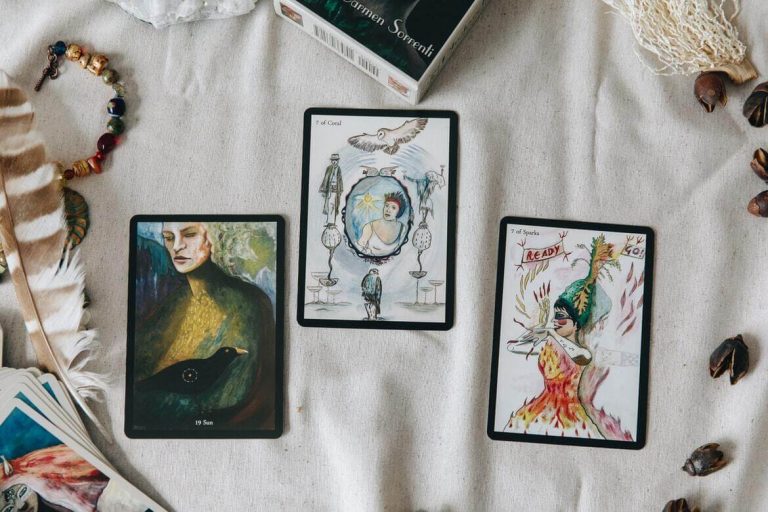 A Brief Guide to Babylonian Astrology

A Brief Guide to Babylonian Astrology

In the second millennium BC, Babylonian astrology arose as the first known accurate system of astrology. Astrology is one of the two primary ways available to priests in Babylon and Assyria, both of which are direct byproducts of Babylonian civilization. They use them for discovering the will and purpose of the gods, the other being the analysis of the carcasses of animal sacrifices.

Although isolated allusions to ancient celestial events dating to this period are not deemed significant evidence to indicate a coherent concept of astrology, there is suspicion that astrology of some type arose in the Sumerian period in the 3rd millennium BC.

As you can see, even before the period of Christ, astrology was already making its debut in the cultures of the Babylonian System. Doesn’t this make astrology all the more interesting to you? Wouldn’t you like to get to know their ancient ways further?

Where did Babylonian Astrology come from?

Academic cosmic divination is usually said to have begun with late Old Babylonian literature (c. 1800 BC) and lasted through the Middle Babylonian and Middle Assyrian eras (c. 1200 BC). The use of omen-based astrology was widespread by the 16th century BC, as indicated by the creation of the Enuma Anu Enlil, a substantial information resource.

It had 70 Cuneiform tablets with 7,000 Babylonian planetary omens on them. Records from this period also indicate an oral tradition, the origins, and content of which are unknown. Prior to the 7th century BC, Babylonian astrology was essentially practical, and astrologers’ grasp of cosmology was generally poor.

Because they were unable to reliably foresee future astronomical events and planetary movement very far in advance, interpretations were done as the phenomena occurred or just before they transpired. However, by the fourth century, their numerical methods had advanced enough to determine future planetary locations with considerable accuracy, prompting the manuscript of extensive allied fields.

The Foundation of Divination

The evolution of astronomical knowledge within the context of divination can be seen in the history of Babylonian astrology. The earliest known comprehensive writings of Assyrian celestial divination are a collection of 32 tablets with written organ models originating from around 1875 BC, and these show the same explanatory framework as celestial omen study. The blemishes and marks on the sacrificial animals were seen as symbolic signs from the gods, delivering messages to the ruler.

These gods were also thought to appear as heavenly bodies of the other planets or stars with which they were linked. As a result, evil celestial omens tied to a specific planet were interpreted as signs of the god the planet symbolized being unhappy or upset. Attempts were made to satisfy the god and discover reasonable means for the deity’s message to be realized without causing considerable harm to the ruler and his people.

The ritualistic use of substitute rulers, or substitute events, merged an unwavering belief in magic and omens with a purely mechanical view. This is for the purpose that the astrological event must have some kind of strong correlation within the natural world. This is shown in an astronomical study of King Esarhaddon concerning the solar and lunar eclipses, notably from January 18, 672 BC.

The Planets and Gods of Mesopotamian Astrology

The patron god of Babylon was Marduk, who was depicted by the planet Jupiter in Babylonian astronomy. Marduk was known as the most powerful deity, but he was not the only one. The Babylonians were polytheists who believed in a variety of gods who had various functions, and they linked some gods to specific planets.

Horoscopic astrology was used by the Babylonians. The Babylonian astrologers linked their beliefs in divine intervention in ordinary life to space and time by tracking the seasonal movement of the sun, moon, and planets.

They would predict their future scenarios by watching space through time and connecting foreboding events, such as lunar eclipses, to social, political, and environmental issues in their daily lives, such as birthing defective babies.

How do Babylonians perceive their gods in Mesopotamian Astrology?

The Babylonians thought that the actions of their gods had an impact on their own life. These Babylonians considered these celestial phenomena observed as divine intervention in their life, communicating when evil or good events were about to occur through the influence of the sun, moon, and planets.

Horoscopic astrology is important to Babylonian astrology because linking the sun, moon, and planets with their gods influences how the Babylonians live and see the universe. The benefic and malefic natures of the planets in Babylonian astrology can be seen in the parallelism between monthly horoscopes, birth charts, and lunar omens from a Seleucid Tablet.

The Babylonians based their ideas and connections with planets on the nature of the god relating with it. All stationary stars were split into three groups by the Babylonians: Anu, Enlil, and Ea. For the most part, whose group they belonged to was determined by where they rose on the Eastern horizon. The Paths of Anu, Enlil, and Ea were drawn on the horizon. This is an example of how the gods were tied with the stars and planets, and it refers to the gods’ Babylonian astrologers affiliated with portions of the sky or cosmos.

How do Babylonians perceive the planets in Mesopotamian Astrology?

Jupiter, Venus, Saturn, Mercury, and Mars were the five planets known, in the order, they appear in ancient Babylonian literature; Mercury and Saturn traded places in later works.

The gods of the Babylonian pantheon were tied with these 5 planets as follows:

The movements of the Sun, Moon, and 5 planets were thought to symbolize the work of the five gods in arranging the events on Earth, along with the moon-god/goddess Sin/Selardi and the Sun-god Shamash. When one can accurately interpret and decipher the action of these forces, one could figure out what the gods were attempting to achieve.

As a result, Babylonian priests set about establishing predictive techniques for interpreting celestial images and events, and it was only natural that the system has grown beyond the moon, sun, and 5 planets to include the more prevalent and distinguishable set constellations.

The readings themselves were dependent mostly on 2 elements (as in the case of celestial divination):

Thereby, if the rising of the new moon in a gray sky was accompanied by triumph over an adversary or abundant rain on a particular occasion. The sign in question was thus proven to be a preferable one, and its occurrence would further be known as a good omen. Though the future prediction would not necessarily be restricted to one or the other of those incidences but could be stretched to include other events.

On another note, the presence of the new moon earlier than expected was regarded as unfavorable, foreshadowing defeat in one case, death among cattle in another, and bad crops in a third – not necessarily because these events occurred after such a phenomenon, but rather because of an application of the general principle based on the association of ideas, according to which anything premature would imply bad crops.

Through this manner, a multitude of conventional interpretations of various observed events was amassed, and once assembled, it functioned as a guide for priests throughout history. Nevertheless, not all of these concepts are still utilized in modern astrology today, especially with zodiac signs.

Ancient Origins of the Calendar of the Babylonian Astrology

The calendar and astrology were intricately bound. When planning the calendar for the coming month or year, it was vital to bear in mind important religious holidays and other events. Elam, Amurru, Subartu, and Akkad, four neighboring countries, appear to have given to each 12 month calendar year.

Each month has the same number of days, starting with Akkad, 2 for Elam, 3 for Amurru, 4 for Subartu, 5 for Akkad, and so on. Because priests were frequently the ones who drew up calendars, months with particularly unpleasant events were avoided, especially eclipses and new moons. This practice also extended to the days of the month.

The moon was extremely important to Mesopotamian peoples, and it was frequently used to determine their calendar. Astrological omens were one of the most popular, and they were usually based on eclipses rather than plain sight. Mesopotamian gods were affiliated with specific hours, days, and months.

According to mythology, at the conclusion of each day, Shamash, the sun god, withdrew to “the lap of heaven” to rest.

What is the general nature of the ancient origins of Babylonian Astrology?

The first restriction was that the planetary movements and star positions of the celestial bodies signpost to events of public importance that have an impact on the general prosperity. Personal concerns are not involved in any manner, and we must fall many centuries and pass beyond the borders of Babylonia and Assyria before we approach the phase that is almost entirely discussed in medieval and modern astrology.

In Babylonia and Assyria, the beliefs are primarily concerned with the social prosperity and the person of the monarch, because, according to the ancient view of royalty, the country’s fortunes were dependent on his well-being and favor with the gods.

Expertise in the Babylonian Horoscopes

The 2nd constraint was that the astronomical knowledge that postulated and preceded early Babylonian astrology was inadequate and faulty, despite being basically empirical. The theory of the ecliptic as a representation of the Sun’s course through the year, split into 12 different constellations with a measurement of 30° for each division, is of Babylonian origin, as has now been definitively proven. However, it does not appear to have been honed until the Babylonian empire fell in 539 BC.

Certain expressions found in astrological texts dating back before the seventh century BC appear to indicate that at least the beginnings of the calculation of sun and moon eclipses date from this time period. However, the main work was completed after 400 BC, and the deficiency of early Babylonian astronomy can be seen in the fact that a lunar eclipse was determined as late as the sixth century BC in Greek Astrology.

During the early period, the reign of law and order in the planetary movements of the heavenly bodies in ancient Mesopotamia was recognized in general, and it must have had an early impact in the formation of Assyrian celestial divination that was unquestionable of a much greater level than the inspection of an animal’s organ.

But even so, the emphasis is placed on the seemingly endless variations in the form of phenomena, as well as the equally numerous apparent deviations from what were thought to be normal conditions. This impeded for a long time any serious study of astronomy beyond what was necessary for the solely practical purposes that the priests as “inspectors” of the cosmos had in mind.

Constellations in the Mesopotamian Culture

The 3rd constraint was that there was hardly any evidence that the zodiac signs we know today were used in Babylonian astronomy before 700 BC. Nonetheless, Babylonian astronomers invented the notion of twelve constellations by painting eminent clusters of stars with patterns of symbols taken from their mythology and religion as early as the days of Hammurabi, c. 2000 BC.

Astrological knowledge is clearly an important part of the history of the world. The Babylonian system proves that any heavenly writing and astrological texts from ancient astrology can be helpful.

Which among the information given above do you find to be most interesting?

1 thought on “A Brief Guide to Babylonian Astrology”