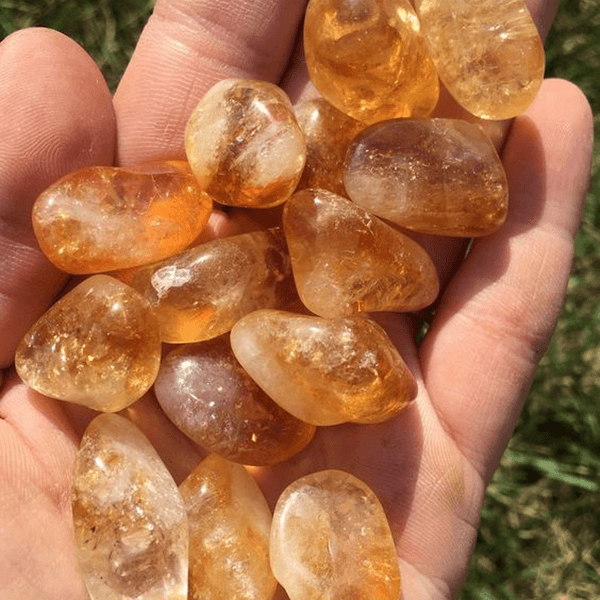 Because it takes hundreds of years for chakra healing stones and crystals to form underground, many people believe that stones have the ability to store large amounts of therapeutic energy and power. Despite the fact that there is no scientific proof that crystal therapy is an effective method of treatment, an increasing number of people are becoming interested in exploring the potential benefits that crystals may have to offer.

Certain crystals and stones are believed to possess high vibrational energy, which can be transmitted to you and help restore your own energetic balance. This belief is broadly accepted. Chakras are believed to be the most vital energy centers in your body, and gemstones may truly assist you in reclaiming your spiritual energies from within these vortexes of electromagnetic energy.

Additionally, chakra stones and crystals, which are believed to speed up the healing process of your chakras, can be used to balance and heal each of your chakras. The goal is to assist you in selecting crystals that resonate with you the most and, in the future, possibly assist you in the construction of your own chakra crystal power system. Ready to find out which chakra crystal works best for you?

What are the meaning of the 7 chakra crystals to you?

According to some spiritual beliefs, our body is much more than simply physical and mental; it also has an energy system known as chakras. Chakra is a Sanskrit term that translates to “wheel” or “cycle.” There are seven major chakras that run from the base of your spine to the crown of your head. This age-old concept has found its way into various New Age thought types.

Chakras are supposed to give subtle energy that allows your organs, mind, and reasoning to function optimally. Additionally, chakras and divine power have not been properly studied in professional research, but they, like any religion or belief, can give you more information about your own body and mind.

Chakra depicts the seven chakras that run through your body, each with its own energy center. Each chakra corresponds to a different part of the body and psychological response. It is claimed that balancing these energies can improve your emotional, physical, and spiritual well-being.

The root chakra, also known as Muladhara in Sanskrit, is the very highest chakra and is thought to be positioned at the base of your spine. It is associated with the color red as well as the element earth. The root chakra is supposed to govern sentiments of survival, aspiration, dependability, and stability, as well as how you connect to the world.

As the primary source of energy, its imbalance can cause feelings of deep anxiety and uncertainty, which can undermine your motivation to succeed, resulting in feelings of dissatisfaction and a lack of direction. It is said that when this chakra is balanced, it creates feelings of stability, positivity, vitality, autonomy, and fortitude.

The Svadhisthana chakra, located beneath the navel, emits the color orange and symbolizes the water element. acral chakra is thought to be in charge of libido, creativity, intuition, self-worth, empathy, and flexibility. When the sacral chakra is unstable, it is said to induce emotional reactions, a lack of imagination, and a fixation with sex.

Manipura, the Sanskrit term for the solar plexus, means “city of jewels,” and it is thought to be located between the ribs and the navel. It is yellow in color and associated with the fire element. Those who believe in chakras say that the solar plexus chakra is indeed the center of self-esteem and feelings such as ego, rage, and violence.

It is supposed to manifest physically as digestive difficulties, liver problems, or diabetes. In an emotional sense, an unbalanced solar plexus chakra is said to create feelings of sadness and poor self-esteem. Once it is balanced, it becomes a source of energy, efficiency, and self-assurance.

The heart chakra, which is linked to organs such as the heart and lungs, is thought to be located in the center of the cardiovascular system. This chakra connects the lower to the upper chakras. It has the color green and the air element. Also, this chakra is thought to be connected to compassion, trust, passion, and love for oneself and others.

Rage, lack of trust, anxiety, envy, insecurity, and mood swings are thought to result from an out-of-balance Anahata Chakra. Hypertension, heart palpitations, and heart issues are considered to result from an overworked heart chakra.

The third eye chakra, also known as the Ajna chakra, is located between the brows. The hue indigo represents the third eye, which has no elemental affinity. The third eye chakra, which is often utilized as a focal point in asana practice, is thought to control your intellect, perception, knowledge, and spiritual strength.

An open and balanced third eye chakra, according to this system of belief, allows you to discover the connections in this realm and beyond. A headache, migraine, or hazy vision are said to be symptoms of an unstable third eye chakra. Whenever the third eye is balanced, it is thought to liberate you from earthly ties.

The crown chakra, or Sahastrara, is located at the top of the head and is the highest of the seven primary chakras. The color of the crown chakra is violet or white. This chakra, often known as the “thousand petal lotus,” is deemed the most spiritual of the central chakras.

Because the crown chakra is associated with spirituality, enlightenment, and energy thinking, it is assumed that opening it connects a person to their higher self. It is linked to inner wisdom as well as the cosmos.

When the crown chakra is out of balance, it is said to impact depression, separation from the outside world, dissatisfaction, and harmful emotions. Spirituality may be a powerful tool for many people.

Although some people would find this belief useful in comprehending their lifestyles, it is still critical to keep all channels of support accessible. If you are experiencing problems with your mental or physical health, speak with a healthcare professional.

There’s a reason why this is among the most popular crystals. The purple-hued crystal’s effects are said to range from calming anxiety to ensuring a decent night’s rest. Because amethyst operates on the crown chakra (placed at the very top of your head and associated with the mind), it promotes physical and emotional well-being.

Its specialized medicinal properties include relief from headaches and migraines, pain reduction, and intuition enhancement. Numerous people believe that keeping an amethyst crystal near your bed may help you sleep better.

This pinkish crystal is excellent for manifesting love and new connections. Alternatively, if you’re already on an emotional rollercoaster, rose quartz promotes reconciliation and understanding. Another advantage is that it’s claimed to bring about inner harmony, regardless of your relationship status.

The insulative crystal is supposed to be capable of absorbing all negative vibrations that stand in your way, therefore relieving you of toxicity. Proponents of black tourmaline, which is associated with the root chakra, claim that it can ground you when life becomes overbearing.

Are you constantly tired? It could be time for an aura cleanse. Selenite is the ideal crystal for revitalizing our auric field. The crystal is said to clear away the day’s bad vibrations and immerse you in a more calm energy flow. Utilize selenite as a wand over your body to assist clear out all the energetic impediments to achieving inner peace. Keep in mind that selenite dissolves in water, so keep the crystal dry.

Citrine, a brilliant yellow form of quartz, is thought to be beneficial to those who are trapped. While relaxing, place citrine on your stomach or solar plexus for a quick boost of confidence. The crystal is said to untangle the twisted energy inside and restore positive vibrations.

We could do with a little fortune in our lives, hence why jade is so prevalent.  It’s a beacon of light that can be carried around with you. Jade is thought to bring prosperity and abundance in both the material and social realms (think money signs). Wearing jade on your left wrist is supposed to assist bring in cosmic favors. Jade rings, on the other hand, are remarkably alluring.

Clear quartz, a versatile necessity for any crystal collection, will help you “restart” your life. Sometimes clear quartz known as a “master” crystal, is mostly about reducing inner disturbance and focusing your objectives. The well-known crystal is said to have all-purpose therapeutic powers. Set your new clear quartz near a window to absorb solar energy, which will be transferred to you and maybe deflect the negative.

How can one mend a damaged heart? Of course, with the help of these scientifically proven hints. Those who believe in healing crystals, on the other hand, claim rhodochrosite is the stone that was practically built for breakup rehabilitation.

While meditating, use rhodochrosite, which activates the heart chakra, to increase self-love and confidence. The pink crystal may perhaps set you up for another love journey by instilling a positive mindset.

The ideal crystal to display at your desk at work is unquestionably lapis lazuli. The blue crystal promotes the open exchange of ideas among colleagues. It also promotes clarity and candor, which is particularly beneficial during Mercury retrograde, an astrological passage that occurs 3 times a year and is known for generating communication breakdowns.

Because it benefits all of the chakras, think of chrysocolla as an all-in-one crystal. In this way, chrysocolla assists the body in tuning into its spiritual perceptions. You could be seeing a glimpse into the future. Lay chrysocolla on every one of your chakras, or energy points in your body, while meditating, to re-activate them and help them work at their finest.

Those Chakra Crystals can be deemed as alternative medicine that will help you get rid of negative emotions and energies. For as long as you keep an open mind in several ways, you can and will maintain good health in every aspect. Manifest it!

Which of the chakra crystals works best for which chakra of yours?