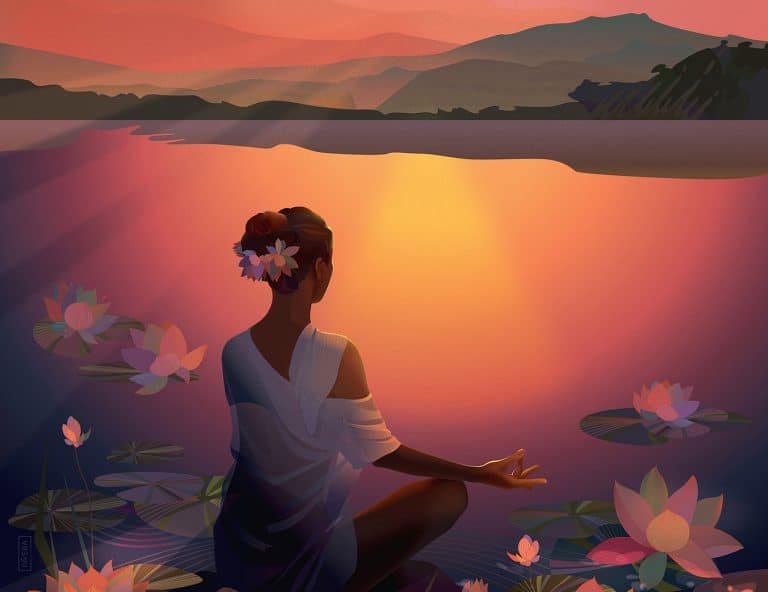 Solar Plexus Chakra: How to Channel Your Inner Divine Energy

Solar Plexus Chakra: How to Channel Your Inner Divine Energy

The solar plexus chakra is one of the natural divine energies located within everyone. When harnessed correctly, it can become a source of mental, emotional, and spiritual strength!

Unfortunately, some people aren’t aware of how powerful they are. Most do not even know the existence of their solar plexus chakra!

So what is it? And how can you use it for your benefit? Read on to find out!

What is the solar plexus chakra?

In short, this chakra is responsible for your “true” identity. It helps you project your inner self to the world.  It also aids in achieving self-realization through harnessing your inner strengths and talents.

When channeled correctly, you can use its full potential to translate your ambitions into reality. You will feel as if you have the world in your hands and that your goals are not too far off from you.

What’s in the solar plexus chakra?

Every chakra has a distinct set of things that make it unique, called the elements. These elements describe the chakra’s appearance, functions, and affinities. Thus, the beholder can harness its true potential.

Here are the elements of the solar plexus chakra:

Location: The third chakra is in the solar plexus area, near the diaphragm.

Color: It is often depicted as having a relatively bright yellow color. At its peak, the solar plexus chakra can have a color akin to gold.

Does the solar plexus chakra have a symbol?

Of course! Like many divine things in this world, it can be denoted by an elegantly complex symbol that represents its significance in the divine scheme of things.

As such, the third chakra’s symbol is a circle with ten petals on its ring. Inside it is a triangle pointing downwards.

The triangle signifies the power of the solar plexus chakra to transform energy into something tangible. It also symbolizes how through one’s willpower, things can become better regardless of the present.

On the other hand, the ten petals denote the fire of passion that keeps a person going. With an active solar plexus chakra, the possibilities of what you can do are almost endless!

How can I channel my solar plexus chakra?

The first thing that you should know when trying to harness your solar plexus chakra is determining if it is blocked or activated. Knowing its current status is relatively easy, though.

Here is a rundown of what you can look out for in an active solar plexus chakra:

Having an active solar plexus chakra helps you channel your inner convictions. This also translates them into positive action to help change the world for the better.

On the other hand, a blocked solar plexus chakra could spell so many problems for you, both mentally and physically. The list below presents some of the tell-tale signs of a solar plexus that isn’t working as well as it should:

How can I unblock my solar plexus chakra?

If you think that your third chakra isn’t functioning as it should, don’t fret! You can still unblock it through easy-to-follow methods. Before you know it, your solar plexus chakra is up and running once more.

Just make sure, though, that you are calm and able to find your focus when doing these methods. This way, channeling your third chakra won’t be as difficult anymore.

Here is a rundown of things you can do to unleash the power of your solar plexus chakra:

What happens when I fail to unblock my Solar Plexus Chakra?

If you fail to unblock your solar plexus chakra, other chakra points will be overworked. To compensate for the lack of proper energy flow, the remaining pipelines of energy in your body will be forced to go on overdrive.

As we’ve learned above, the solar plexus is responsible for our willpower, self-realization, and true identity. When this chakra point is blocked, the universal energy is unable to reach us and impart its divine power into our system.

With that, here are some scenarios where we could be affected by this blockage:

When you fail to regulate your self-identity, you start turning to personal needs. This is an attempt to compensate for the lack of the former.

One scenario is that you may focus too much on building your finances as if to gain some sort of external validation from others. And while this may result in being well-off, deep inside, no amount can truly fill in the void.

Thus, you will keep accumulating wealth with no clear personal development.

Being the center of creativity, the sacral chakra point will lead you to obsess on perfection. However, you will see the products of your creation as detached from you, instead of concrete pieces of yourself.

For instance, we can see this with individuals seeking validation by constantly proving themselves in many ways. Yet, at the end of the day, they become the jack of all trades, but the master of none.

Seeking yourself through this will lead to failures in specialization and even progression.

Perhaps the most common and impactful way to compensate for the solar plexus chakra blockage, the heart chakra will perpetually seek external validation.

As such, you will experience countless failures in relationships as you constantly seek others’ love and care. And as they genuinely dedicate themselves to you, you’ll still feel that void, for you’ve failed to validate your own identity.

In the end, you’ll be harboring your own jar of hearts but have failed to love yourself first.

The lack of willpower and identity can lead to communication distortions. With the throat chakra being responsible for this area, you can expect to be disconnected to others in subtle ways.

For instance, not having that self-confidence can lead you to unnecessarily or overly praise others. While you may throw in those flowery words, they can inevitably become spews of lies and deceit. This will bite you in the back before you even know it.

Thus, the throat chakra may seem to give palliative solutions but will still fail to appease your search for inner identity and self.

The third eye chakra is responsible for your conscious and subconscious thoughts. Thus, when it seeks to compensate for your willpower and self-identity struggles, you can end up patronizing beliefs that you’re not truly into.

Since you don’t have that identity, you won’t have a belief that you can stand up for. Instead, you’ll end up parroting whatever the popular trend is.

The crown chakra is the seat of the higher self and spirituality. When you fail to channel your bouts of willpower and self-identity, this will carry over to compensations with the way you pursue your spiritual self.

On the onset, it may appear all well and good – you are exploring the various forms of spirituality, as if to say that you’re progressing. Yet at the end of the day, you’ll feel that inkling of emptiness, as your form of spirituality is untrue and even shallow.

Like a blind believer, you’ll constantly seek things out with no clear end in sight.

How can I connect to my solar plexus chakra?

After you’ve unblocked your way to your third chakra, you have to fully reconnect yourself with it. This allows you to harness its potential in bringing out the best in you. The best way is, of course, through meditation. With this method, you’ll become more self-aware of your inner strengths and capabilities.

Find a position in which you are comfortable. Make sure, though, that you are not slouching, and you can feel the workings of your digestive system as it works to help your body function properly.

If you have yellow crystals such as citrine, tiger’s eye, and topaz, you can wear them or have them surround you so you can channel the warm energy of the solar plexus chakra.

After your preparation, you can now follow this step by step procedure to help you draw out your third chakra:

“I am confident, and I trust in myself. I am intuitive, and I am capable. “

In this brief informative article, we’ve sought a comprehensive approach in understanding the solar plexus chakra. By covering its basics, some insights, and how-to’s, we’re aiming to impart some strong points that can help you progress your own journey.

With that, which among the methods of unblocking your solar plexus chakra sounds most interesting to you? Have you ever tried any of them?

Let us know in the comments below!