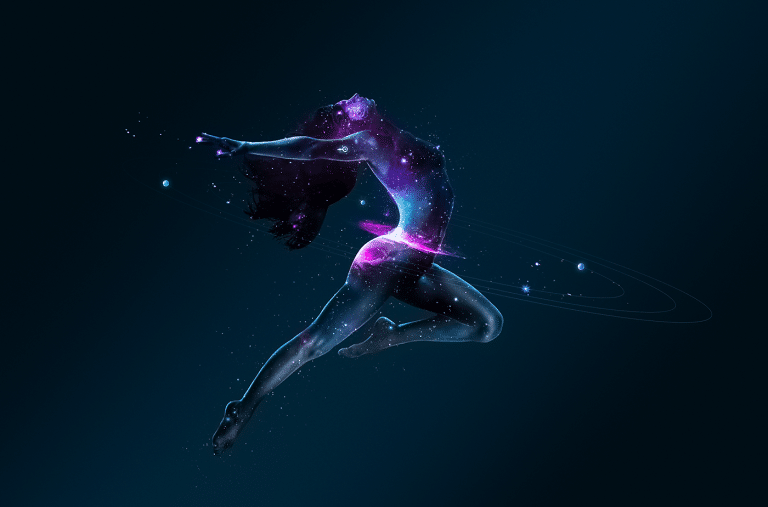 This year, something cataclysmic is going to happen in astrology with Saturn square Uranus duking it out.

Picture a war where an unstoppable army tries to breach an unbreakable defense, or a civil war raging between two factions. In either scenario, the ones affected aren’t actually the actors, but those trying to stay out of the way.

Similarly, with Saturn and Uranus duking it out, there’s bound to be some form of consequence for the rest of us who are eager to only live our lives. With the pandemic already altering our lives significantly, we must at least prepare for what’s to come next.

Thus, this article shall tell you about:

The Beginning of Change

The collision between Saturn and Uranus will likely create ripples that will change perhaps even world events. This isn’t to say we can tell exactly what will come next, but we can estimate the magnitude and gravity of each event.

Before all this, however, we must first understand the relationship between Saturn and Uranus. As planets, they are essentially antithetical to one another. On one hand, we have the rule-abiding Saturn.

Saturn is a planet of strictness and order. As such, it blesses signs that naturally lean towards obedience. People who have Saturn as their ruling planet are often sticklers for rules. They sometimes won’t hesitate to turn on others if it means there is order around them.

In turn, Saturn also has a fixation against individualism and dissident opinion. They may not necessarily think that individualism is a bad thing, however, should it become a hindrance to the common good, they won’t hesitate to call it out.

Uranus, on the other hand, is Saturn’s opposite. Those who rely on Uranus at times be disorderly, and they may even promote anarchy and hedonism over the common good. However, they are also some of the most freethinking signs out there.

They do not bind themselves to tradition or precedent. In fact, they see these as hindrances to the flourishing of humanity. The more independent you are from external forces, the better you are in life.

And while it’s fine if these forces don’t meet, we must forget that we live in the same universe. Thus, Saturn and Uranus will always encounter one another and “square,” so to speak.

In astrology, each celestial body– planets, stars, even asteroids– rotate into each of the 12 astrological constellations (signs). At some point, these planets tend to form angles like your everyday clock– and these movements tend to mirror those of the solar system.

In astrology, however, these angles matter much more than you think. The positioning of the planets tends to mirror the way we handle life, for one. Thus, when you say that there is a “square,” it means that there is going to be a change in direction.

The fact that it’s a 90 degree angle means that this change is going to derail your path. Whether or not it will lead to future success is something you’ll have to ensure yourself. Everything else, however, is going to affect you greatly.

Consider, for example, the events of the past. The most recent recorded collision between Saturn and Uranus was on December 23, 1988. Around this time, the forces of capitalism and communism were at the final stages of the Cold War. The collapse of the Berlin Wall indicated the Soviet Union’s dying gasps.

During this time, dissidents and authority figures were truly locked in a political struggle. Up until that point, the Soviet Union had full hegemony over East Germany, which regularly locked up opposition against the Soviet regime.

This dramatically set the stage for 21st-century politics. Liberal democracy became the most popular form of government. In fact, even Communist countries like China and South Korea began adapting capitalist principles to a limited degree.

And now, we are in the midst of a pandemic. Humanity is relying increasingly on technology to make up for the social void brought about by lockdowns and social distancing.

To make things more complicated, the squaring of Saturn and Uranus is going to happen on 3 separate occasions. The first square already happened last February 17, while the next two squares will be on June 14 and December 23.

At this point, we’re not enjoying life the same way, and people’s mental health are being affected everywhere. In large part, the squaring of Saturn and Uranus suggests that more social upheavals will affect you. It also means that our collective problems are far from over.

What Should You Do Next?

Indeed, this is the number one question that comes to mind for everyone right now. Let’s not mince words: this year’s going to be difficult. This doesn’t mean you won’t prosper at all, or that you’ll keep having a difficult life later.

However, it’ll certainly feel as though the universe is conspiring against you. What you should do, of course, is prepare yourself. Above all else, you need to find the correct mindset for these troubling times.

You are going to have a lot of trouble with self-love during this time, so you should focus on self-affirming acts. Exercise at home, take a shower, and eat heartily. Talk to your family and friends, no matter how far apart you are.

Lastly, you should be careful with your point of view. Loneliness can take a toll on your social skill and intellectual learning, so stay open-minded. Learn new things and widen your perspective.

The world has never been more turbulent than it is today, and it’s eating everyone up inside in some way.

The things we knew and loved have been altered for good. But do we simply wish for a better future, or do we take action ourselves?

What will you do during this pivotal moment in human history? How can you best help yourself?

It may not be much, but thinking about these questions will definitely help you in the long term.