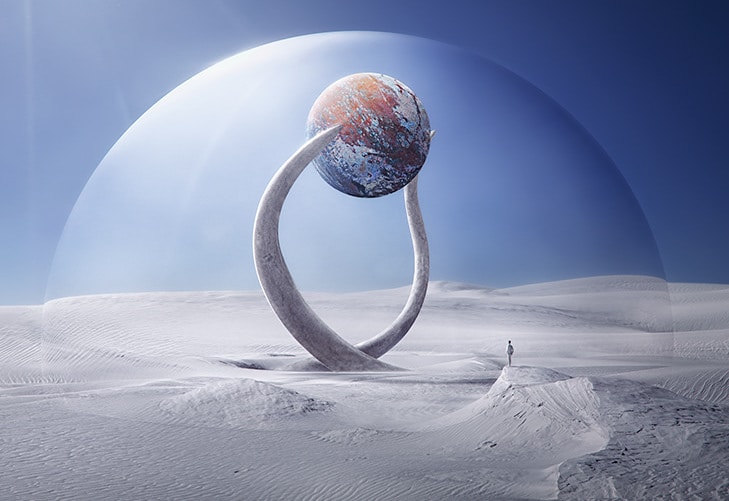 Pluto Retrograde: What Should We Do In a Time of Change?

Pluto Retrograde: What Should We Do In a Time of Change?

Once more, a Pluto Retrograde is upon us. This time, however, it’s from an unexpectedly powerful source. Despite the puny size of Pluto, it would be foolish to underestimate its astrological grip. After all, Pluto is a planet of change and transition.

It also represents the power of feminine emotion and acceptance. Thus, it symbolizes one’s ability to accept what is happening all around them.

Be forewarned, however. The manner in which one can change may not always be so acceptable. Further, since some signs aren’t able to accept change smoothly, the dangers of this retrograde could be compounded.

Ultimately, therefore, much will depend upon your ability to see what needs changing. To that end, this article shall tell you about:

The Meaning Behind Pluto’s Retrograde

When we think of the Universe, we often think of an ordered structure of some kind. Planets and celestial bodies tend to move around certain orbits. While there are variations to the rule, you can expect everything to be consistent in certain degrees.

However, despite this rule, some planets can seem to move in reverse or change course. This represents a disorder or an aberration that disrupts a world of seemingly perfect and sensible order.

Take Mercury, for example. When it’s on a retrograde, it means that there might be miscommunication or misunderstanding along the way. Technology can malfunction, and external problems can arise.

The same is true for Pluto in this case. As mentioned earlier, Pluto is a planet of transition and change. Ideally, it means a positive change. However, the resulting retrograde will instead reveal your weaknesses.

At this time, you can either give in to your weaknesses or improve upon them so you can truly make better choices. This article will hopefully give you all the tools you’ll need, but in the end, the work will have to be yours.

The Basics of the Retrograde

Based on the current year, this retrograde will start on April 27, once Pluto makes its pivot towards Capricorn. It will stay in its reverse motion until October 6. That means for approximately 5 months, the winds of change will blow erratically.

Now, aside from the retrograde itself, we also need to worry about its position. The fact that Pluto will start its retrograde on Capricorn speaks volumes about the effects. For starters, Capricorn is the symbol of responsibility and diligence.

This means the retrograde will instill changes in your career, or otherwise test your ability to stay focused in important situations.

However, it’s not purely negative. For one, Pluto will be facing Mercury and Venus first once it begins its reversed motion. This will illuminate your ability to communicate and even establish relationships.

By the 17th of May, Pluto will be facing the Sun directly. The positive energy of the Sun means that circumstances will be more favorable to you. You will have a healthier emotional outlook and even increased productivity.

However, this could all change beginning June 17. At this time, the Sun will end up opposing Pluto, and as a result, you could see everything around burn into nothingness if you do not take advantage of your fortunes.

On June 23, it’ll be Venus’s turn to take a stand against Pluto. Be careful of getting into relationships or partnerships that you might one day regret, therefore. Heartbreak will be close by unless you retrace your steps.

Pluto’s opposition to the Sun will end by September 17. Once more, you’ll catch a glimpse of hope and actually be able to take a break. Pay attention to your work and relationships as you slowly navigate through this conflict between Pluto and the Sun. This is because you can only weather the storm through prudent choices.

Here’s what you can expect from Pluto’s movements beginning this April 27:

For the fiery Aries, caution is the name of the game. This may go against your upbeat, sometimes reckless nature, but this retrograde will make you understand that not everything will submit to your will.

If the change is worrying you, don’t give in right away. Stand still and think about your prospects first.

Taurus, you can be unbending at certain times. When the retrograde hits, you are among those who will take most of the brunt. Life-changing events could threaten your financial base or even relationships.

However, as long as you have control over yourself and think rationally, things will be fine.

Your wit is quick and your mind is capable of change, but this retrograde will still keep you on your toes. Your conversation with others could become testy, for example, and you will need to adopt a more diplomatic stance.

Continue exercising a positive outlook, and you will be rewarded once this is over.

The coming retrograde will surely take a toll on you due to your sensitive nature, so be careful. Here, you may find yourself on the receiving end of an argument or even a betrayal, and change can be difficult to bear during this challenging time.

When things get rough, extricate yourself from the situation first and focus on personal healing. Positivity will help you in the long run, so make use of it.

You’re a lion who likes to roar and keep things going. However, as this is a time of change, you may need to hit the brakes first and look at where you’re at. Are you okay with your situation, or do you need to let go of some obligations?

You may have a lot of energy, but rest is also important. Think on this before moving forward.

Virgo, you have a decision to make here. During this period of upheaval, you can either soar or fall depending on whether you give in to your need for predictability or embrace change and adapt to it.

Much rests on your personal decision for this period, but as long as you choose the right option, you’ll be okay.

There is much for you to think about in terms of your life at home. Everything on the outside world is just fine, but if you have grievances or concerns with your family or roommates, now would be a good time to bring them up.

This is because your diplomacy will carry you through and improve your life if you can use it well.

You’re going to have a better time than most, dear scorpion. You are able to brave life’s toughest challenges, and you have a strong spirit, so this retrograde won’t be a problem.

As long as you can keep your cool, everything’s fine. Just conduct yourself the way you would and be honest about your aspirations.

Sagittarius, the emotional toll of this retrograde can be enormous. You love being free, but you know that eventually, you still have your problems to deal with. You must focus on these problems first before proceeding any further, or you might have problems later.

Hang in there. Patience is your ally here.

You are the subject of this retrograde, so you should be extra cautious. Now is a time for reevaluating your life choices. Take stock of what you have and start asking the hard questions: do you want more? Do you need less? How do you proceed from here?

You have a long time to think about these things, so don’t waste the opportunity.

Everyone else is subject to changes, but your attitude towards making a change on your own could be the game-changer in this entire retrograde. Look to the people around you and see if there’s something you can do about their problems– social or political.

This is the time for action, so make haste and go proudly.

This will be difficult for you to consider, but focusing on your mental health is important. Are you in abusive relationships or friendships? If so, you may need to take steps to get rid of them.

You’re sentimental, but the reality is that we live in an imperfect world and some won’t be a good fit for you. Think about this strategically so you can prosper later.

As you can see, the retrograde is going to have a profound effect on everything around us. Our friendships will be tested– our faith in ourselves doubly so!

No matter what your sign is, you may need to start thinking about your place in the world.

If others are thriving, don’t mind them. Remember that life works differently for everyone. Work on yourself instead of gazing upon others.

Be strong, resolute, and may the Universe guide you through this time.