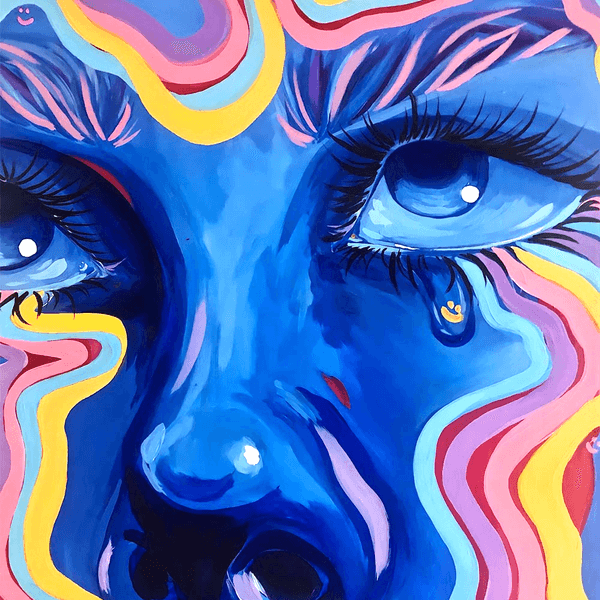 Everything To Know About The Spirituality of Imperfection

Everything To Know About The Spirituality of Imperfection

I Am Not Perfect is a basic but deep statement that is the first step toward understanding the human situation, because to reject your intrinsic flaws is to dismiss yourself and your individuality. The spirituality of imperfection is a message as timeless as it is relevant, rooted in the rich traditions of Hebrew prophets and Greek philosophers, Buddhist gurus, and Christian followers.

This fascinating work relies on ancient wisdom stories to provide an exceptional beacon of support and encouragement to anybody seeking spiritual development and direction in these trying times. Who are we, exactly? Why do we frequently fall short of our own and others’ expectations? We can lessen the suffering and strive toward a greater sense of calmness and self-awareness by properly understanding our boundaries and accepting the inevitability of failure and misery.

The Spirituality of Imperfection weaves together stories from a variety of spiritual and philosophical systems to create a spirituality and a new approach of thinking and living that is relevant today. It talks to anyone looking for a purpose in their pain. Despite theory and practice, this unique book will teach you a new mindset and living that will allow you to live a fully human life. Wish to know more about the profound truth?

The Significance of the Spirituality of Imperfection

The spirituality of imperfection, according to authors Ernest Kurtz and Katherine Ketcham, is “a spirituality of just not having all the answers, narratives express the wonder and the wonder – the experience – of being alive.” This usually involves weaving past traditions – all the great traditions as this type of insightful work draws in philosophical paths in your spiritual life.

While much of the focus is on the Addiction Recovery program – heralded by many as one of the most important organized movements of the twentieth century and criticized by some for its flaws – the book is really about fostering our potential for ambiguity, curiosity, and having the right questions rather than the right answers, and it passes the skepticism sensor even of someone non-religious.

We aren’t ‘everything,’ but we aren’t ‘nothing,’ either. Spirituality is found in the gap between paradox’s extremities, for it is there that we confront our inadequacy and helplessness, as well as our woundedness. We want to comprehend our limitations not merely to alleviate our pain, but also to gain a better knowledge of what it means to suffer and to be healed.

Spirituality starts with the recognition that our fragmented existence, our imperfection, is simply that: there is no one or anything else to blame for our mistakes. Also, Spirituality enables us to first perceive, then understand, and then embrace the flaws that exist at the very foundation of our humanity. If a thing is worth doing, it is worth doing badly – whether or not it includes weaving past traditions.

This really isn’t a spirituality for saints or gods, but for individuals suffering from ‘torn-to-pieces-hood,’ as philosopher-psychologist William James put it. We’ve all had that experience, because being human means feeling divided, broken, and tugged in a hundred directions…and to want for peace, for some sort of healing for our ‘torn-to-shreds-hood’ in the philosophical paths we embark on.

Owning your spiritual growth through your own humanity

Our forefathers are encouraged to live humanly – to be human – by listening to and telling stories. However, somewhere along the way, we lost our ability to tell (and listen to) stories. People began to have less tolerance for that which arrives only over time as life became faster and the possibility of both communication and annihilation became quicker.

Impatience with tale sprang out of the need for perfection and the desire for ever greater control over a world that paradoxically felt even more out of control. Once time passed, the skill of storytelling faded from view, and those who came before us gradually lost a piece of what was the human legacy – the ability to ask the most fundamental, spiritual inquiries.

People these days are critical thinkers, but our need for answers mobs out patience – particularly, perhaps, patience with wonder and the unknown. We disregard our own ambivalences, intolerant of ambiguity, in pursuit of answers to our most perplexing issues in method, hoping to find ultimate healing in innovation. Detachment, solitude, and a sense of being off-kilter exist since they always have.

The Profound Truth of a Truly Human Existence in Spirituality

What is the definition of spirituality? The answer implies that the query was misinterpreted. Truth, knowledge, kindness, beauty, and the scent of a rose are all ethereal, ineffable things, similar to spirituality. We may recognize them, but we will never be capable of grasping them with our hands or words.

Nonetheless, they do exist; they are. There is love, there is evil, there is beauty, and there is spirituality. These are the truths that are always acknowledged as characterizing human life. They define us, not the other way around.

When we try to “define” spirituality, we uncover not its, but our own limitations. Likewise, we cannot explain such truths. It is more accurate to say that they “prove” us, in the sense that we test our human being against them: the act and process through which we exist.

We are what, how, and who we are, and “being” is a genuine action, not what we “have” or even what we do, as intertwined as these may be. Spirituality, like “love,” is a state of being. This state of being resists classification and categorization; we can’t wrap it up, bundle it, or contain it in any way.

Spirituality is enigmatic in the sense that it cannot be “pinned down,” slipping under and soaring over attempts to catch it, to encircle it with words. Generations of thought have proven that simple words can never create spiritual awakening.

Analogies manage comprehension by implying that life, an unknown and ineffable entity, can best be comprehended as a familiar activity—pilgrimage, for example.” While the journey is likely the most common metaphor for spirituality, a modern spiritual writer employs a different old example.

Spirituality is similar to good health. Everyone has health; we might have good or bad health, but it is something we cannot escape. Spirituality is the same way. Every person is a spiritual being. The question isn’t whether we “have spirituality,” but whether we have a bad spirituality that results in isolation and self-destruction, or a positive and life-giving spiritual growth in such a life.

Portraits or panoramic images kept in the mind’s memory drawers play a part in pushing our awareness toward the “standing-under” that is experienced, a term which encompasses a type of “seeing” that “thinks” and “feels.” Do we imagine a picture of a Saint – Francis of Assisi or Mother Teresa of Calcutta – when we try to conjure up spirituality in our minds? Maybe a religious service comes to mind as the Catholic Mass’s echoes of the old ritual.

But something is still missing for human beings. While such visuals may aid in bringing the idea of spirituality into a sharper perspective, they come well short of conveying spirituality’s unity of seeing, thinking, and feeling. This creates insightful work, and insightful work draws in more wisdom stories in the spirituality of imperfection storytelling with great traditions centered.

As a result, we have stories which are the means by which analogy and imagery are translated into experience. Stories, like analogies and images, communicate what is often unseen and therefore inexpressible. In their quest to comprehend these truths over time, stories offer a heavenly perspective, enabling us to see reality in its entirety, as part of a broader whole.

Stories offer some kind of perception that lends shape and form to the intangible, causing images to move, metaphors to be clothed, and color to be thrown into the darkness. Additionally, out of all the tools at our disposal, stories are the most reliable means of reaching out to the soul which is frequently adopted in rich traditions. This results in the spirituality of imperfection storytelling, also known as wisdom stories.

The Spirituality of Imperfection Storytelling in Action

During the third and fourth centuries, a group of ascetics known as “the Desert Fathers” lived in the wastelands of Egypt, a rather ornery, unconventional group of ascetics who devoted themselves to a life of abstinence in an effort to determine what it meant to be human. Attempts to extract knowledge about the meaning—the experience—of existence included tying themselves to stones for days on end, foraging for food, and fasting for weeks on end.

One person, in particular, the abba Poemen, was visited by a diplomat who was eager to discuss his tormented soul and seek assistance from the monk. The abba, however, diverted his gaze and refused to talk to the guest as soon as he began speaking. His guest, perplexed and distressed, exited the room and inquired of one of the holy man’s disciples as to what was happening—why did the abba ignore him?

“He is from above and preaches of heavenly things, but I am from the ground and speak about earthly things,” abba Poemen said to the follower. “I should have responded if he had spoken to me about his innermost desires. But if he’s talking about spiritual matters, I’m clueless.”

With this understanding, the diplomat tried again, starting with the inquiry, “What shall I do, abba, when my soul is overpowered by its desires?”

“Now you are speaking correctly,” abba Poemen said. False beliefs regarding spirituality must be destroyed to speak and hear “rightly.” The belief that spirituality entails perfection, as the Poemen narrative implies, is the first presumption that needs to be revised.

Spirituality deals with the here and now, with living as a human being, with very real, very agonizing “passions of the soul.” Furthermore,  Spirituality entails figuring out how to live with flaws. “Grab his leg and drag him down again if you witness someone going up to heaven on his own,” advised another of the Desert Fathers, John Kolobos.

The search for spirituality pulls us back to earth, firmly places our feet on the ground, and helps us to see ourselves as we are; imperfect and ambivalent. “earthly spirituality” may appear to be an oxymoron, but it is actually a paradox, and paradox is inherent in spirituality, as it is in human beings.

The definition of a paradox is “an apparent contradiction”: it mixes two realities that don’t seem to fit together, bringing our beliefs about “seeming” into doubt. The English author Gilbert Keith Chesterton described paradox as “Truth standing on her head to attract attention,” in terms that would resonate with the boundary-stretching methods of the desert monks.